The Lincoln penny was first struck in 1909. At that time, the reverse features two stalks of wheat. That’s the reason why Lincoln pennies from 1909 to 1958 were commonly referred to as “wheat pennies.”

After 1958, the reverse was redesigned to depict the front view of the Lincoln Memorial. The design was used until 2010 when the reverse was changed to the Union Shield by Lyndall Bass.

To learn more about the 1963 Lincoln penny, here are some of its specifications:

Designers were allowed to add their initials to the design. However, when the Lincoln penny was released in 1909, Brenner’s initials, which is VDB, were seen to be too big that it was hard to look at the coin without seeing the initials. As a result, the initials were removed just after a few days.

The initials of Brenner would then be restored in 1918, this time, the initials were smaller.

It’s quite interesting to note that Brenner wasn’t really the first choice for the design. Originally, it was Augustus Saint-Gaudens who was tasked to do it. However, he died in August 1907 before finishing the project.

The obverse includes the image of Abraham Lincoln, facing right. On top of his head is the inscription IN GOD WE TRUST, inscribed in an arching manner. On his left is the word “LIBERTY,” which is one of the most important founding principles of the United States. In front of him is the year of the series, which is 1963. 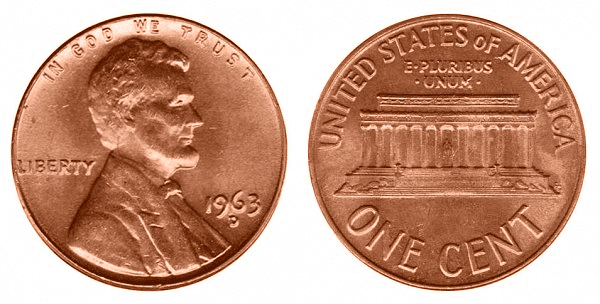 The reverse, as mentioned, has the Lincoln Monument. Inscriptions include the following:

The year 1909, which was the year when the Lincoln penny was first struck, was the same centennial year of Lincoln’s birth. So the timing of adding Lincoln to the coin was just right.

The general sentiment of the public prior to that time was that having a US president on a coin felt like it is too monarchical. That’s why, when Lincoln’s face was added to the US penny, some doubted that it might not be well-received by the people.

Aside from the standard varieties, there are error penny coins, which gave rise to a different and new variety.

Take a look below to know more about the 1963 Lincoln penny varieties: 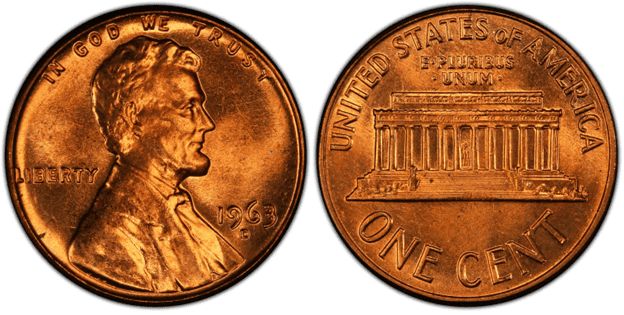 The Denver Mint produced more than 1.7 billion 1963 D pennies. You can buy one of these for about $0.01 to $7.00 if the coin is in circulated condition. The price can be higher if it is favorably graded. 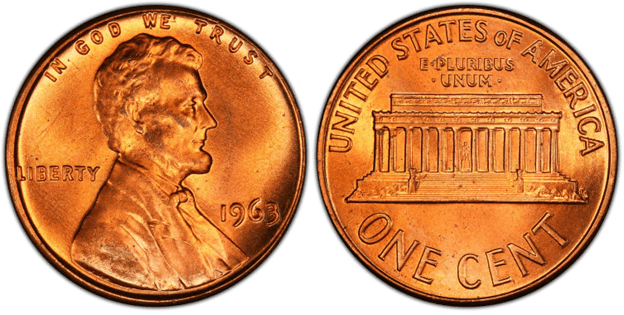 The Philadelphia Mint produced more than 754 million Lincoln pennies in 1963. Its price can start from $0.01 to $9.00. Rare and unique coins can be more expensive. 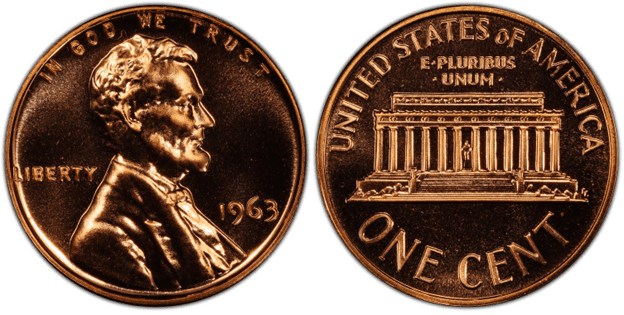 The Philadelphia Mint isn’t known for producing proof coins today. However, in the past, it was the primary source of proof coins.

With billions of 1963 Lincoln pennies, it’s just a matter of time before some coins will be made with errors. Although it may sound negative, a lot of collectors are fond of error coins because of their uniqueness and rarity.

Error coins happen due to different reasons. Here are some of the most common ones:

A lot of coins get doubled die strikes. This means the planchet was struck twice. This leads to the doubling of some engraved elements on the coin. 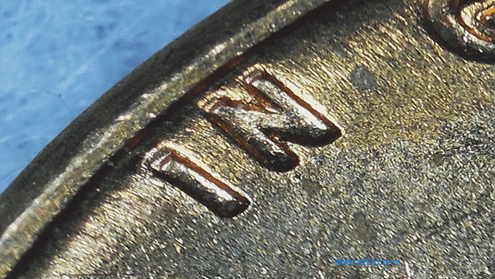 Sometimes, the error isn’t that obvious. You have to look closely. Experts would even use a microscope or magnifying glass to identify the error.

How Much Is the 1963 Lincoln Penny Worth Today?

However, if you have rare, unique, and beautiful 1963 Lincoln pennies, then you might be looking at an expensive coin.

To give you an idea, here’s a 1963 Lincoln Penny values chart for your to compare coins:

Where To Buy Or Sell 1963 Lincoln Penny?

Aside from that, you can go to coin shops, antique stores, and Auction houses. You should be able to find rare and even beautiful coins from these places.

If you wish to get a bigger list of places where you can buy or sell 1963 Lincoln pennies, you can go to coin grading service providers such as PCGS or NGC. They can tell you specific sources.

Are 1963 pennies worth anything?

Yes, they should be worthy of value. 1963 pennies might have a low face value, but if you have a nice and graded penny, you might be able to sell it for a big amount of money. Just to give you an example, Heritage Auctions was able to sell an MS 67 1963 Lincoln penny for $2,820 in September of 2013.

Where can I find the 1963 Lincoln penny mint mark?

The mint mark of the 1963 Lincoln penny can be found on the obverse side of the coin. You should be able to find it just below the year 1963.

Is it rare for a penny to have no mint mark?

Can I melt 1963 pennies down and sell the copper?