What Is the 1963 Jefferson Nickel Made Of?

The Jefferson nickel was first struck in 1938, replacing the hard-to-produce buffalo nickel. The US Mint always wanted to change the design of the buffalo nickel because of how easily its die would break.

After 25 years of using the buffalo nickel, the US Mint held a design competition. Felix Schlag’s design was chosen. Although he needed to do a few revisions, his design has been used from 1938 to 2004. In 2005, after more than six decades, Schlag’s design was replaced by the new design made by Jamie Franki. 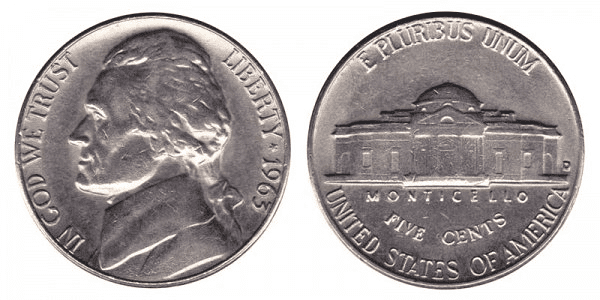 As its name suggests, the 1963 nickel bears the left profile of Thomas Jefferson, one of the Founding Fathers of the United States and the third president of the country.

On the obverse, inscriptions include 1963, LIBERTY, and IN GOD WE TRUST.

On the reverse, you’ll find the Monticello Mansion, designed and built by Jefferson as well. Inscriptions include E PLURIBUS UNUM, FIVE CENTS, and UNITED STATES OF AMERICA.

Aside from the standard varieties of the 1963 Jefferson nickels, there are also those that have errors with them.

Here are the 1963 Jefferson nickel varieties that you should know: 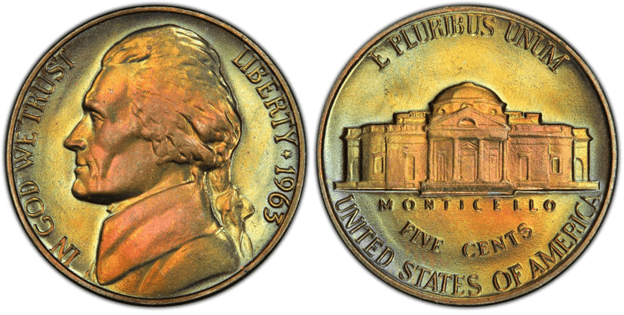 The 1963-P Jefferson nickel was struck in the Philadelphia Mint. There’s no mint mark and the average price ranges from $0.05 to $3.00.

There are more than 175 million 1963-P Jefferson nickels, making this coin a common coin. You can even find some of them in circulation today. Most circulated coins may not be in good condition anymore. Thus, you’ll find only a few MS-63 1963-P Jefferson coins.

Higher grades such as MS-65 are more difficult to find. Nevertheless, MS-65, MS-66, and MS-67 exist but they are a lot more scarce than others. “Full Steps” 1963-P nickels are also valuable. 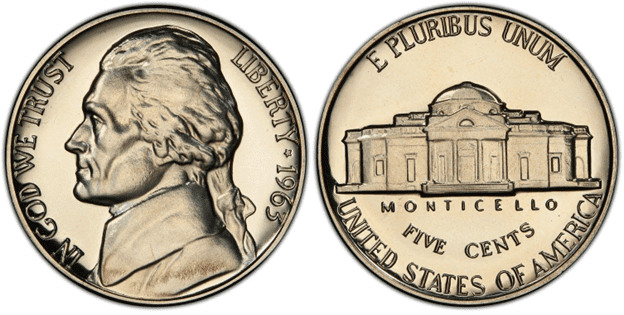 The 1963-P proof Jefferson nickel was also struck in the Philadelphia Mint. The mint mark is absent. The average price ranges from $0.05 to $7.00, which is higher considering that these coins are proof.

Thus, you will see that only more than 3 million of 1963-proof nickel coins were issued, which is far fewer than the huge number of standard-struck nickels. 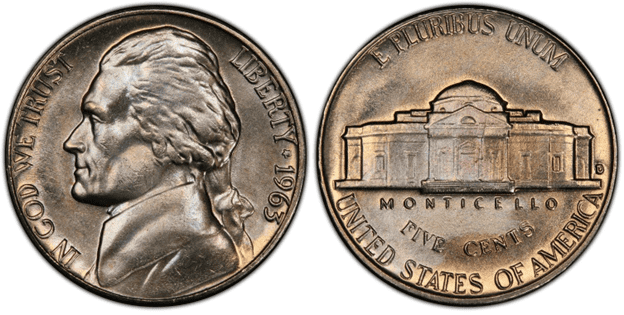 The 1963-D proof Jefferson nickel was struck in the Denver Mint. You’ll find the “D” mint mark on the right side of the Monticello image. The average price ranges from $0.05 to $16.00, which is the highest among the standard-issued nickels in 1963.

Aside from that, the 1963-D Jefferson nickel has the highest mintage, which is more than 276 million. This makes 1963-D nickels to be the most abundant variety of nickel for that year.

Errors do happen when minting the 1963 Jefferson nickel. With millions upon millions of nickels struck, there’s always a possibility that error coins would come out from the minting centers.

Although errors may sound like a negative thing, many collectors are actually happy to collect them. Coin errors are always interesting because of how random minting errors can make a coin unique and rare.

There are different reasons for coin errors to happen and each reason would lead to a different type of error. 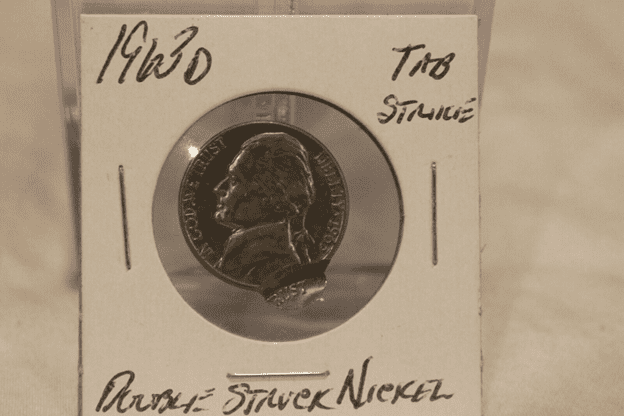 This 1963-D Jefferson nickel was struck twice. The second strike even deformed the coin and added the word “TRUST” in the 5 o’clock direction. This is a rare error and thus, this coin can be sold for a few more dollars.

Sometimes, the coin is improperly annealed, giving the coin a different color. Here’s an example where the coin becomes dark: 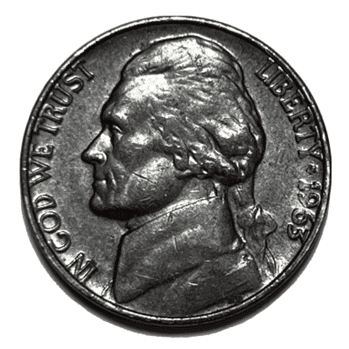 In this image, you can see that there’s a little circle on top of the Monticello dome. It was caused by the die striking through a foreign material. 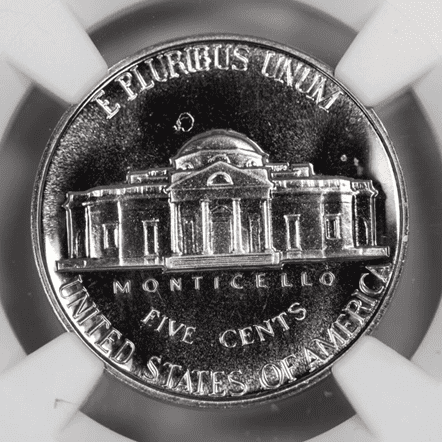 Another interesting error is the rotated die error. This happens when one side has the right angle while the other side is struck at a different angle. So, if you look at both sides of the coin, you’ll see that there’s a difference in their angle of strike.

Here’s an example of a rotated die: 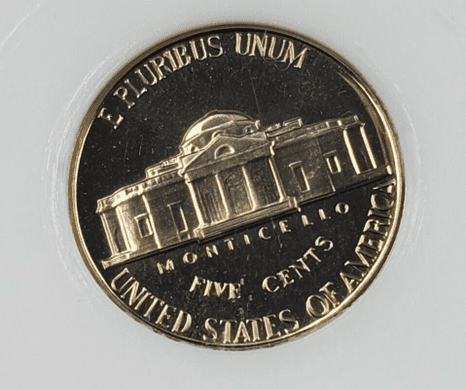 How Much Is 1963 Jefferson Nickel Worth Today?

To help you get a better idea of the prices, here’s a 1963 Jefferson Nickel values chart:

As you can see, there are still 1963 nickels that are worth hundreds and even thousands of dollars. Based on the table, the most expensive nickel is the 1963 P Jefferson nickel. It was determined to be a full-step nickel and has a grade of MS-67. It was sold for $3,600 during a Heritage Auction in Orlando that was held in January 2022.

Where To Buy Or Sell 1963 Jefferson Nickel?

The best place to buy or sell 1963 Jefferson nickels would be on the Internet. In this modern day, you can easily find the coins that you’re interested in with just a simple push of a button. You don’t even need to leave your home just to buy or sell your coins.

Some of the most popular websites where you can buy or sell a 1963 Jefferson nickel would be on eBay, Amazon, and Etsy. Creating an account is free, so you can quickly start buying and selling coins.

Aside from the Internet, you can buy 1963 Jefferson nickels in antique stores, coin shops, and auction houses. You can also contact private collectors who might be interested in buying your coins or selling their coins to you.

Is there anything special about a 1963 nickel?

The 1963 nickel becomes a special coin when they have a high grade and are still in good condition.

The black beauty 1963 nickel is a rare coin. According to some experts, a nickel becomes black during the cutting of planchets. The cutter overheats and it causes the copper and nickel to separate from each other. As a result, the copper becomes the top layer, which is darker than the nickel.

What are the 20 most valuable nickels?

The 20 most valuable nickels are: