Anyone who has ever visited or lived in a stately home will know that the grandest rooms are usually equipped with glorious chandeliers. Dating back centuries, these lighting fixtures have been used in homes of all classes to create a sense of opulence, as well as add to their value.

Unfortunately, a chandelier is not something you can just go and buy from your local DIY store. They are one of the most expensive pieces of furniture you can acquire and they come with an equally expensive price tag.

Whether it’s crystal chandeliers, metal ones, or wooden varieties, these lighting fixtures do not come cheap. However, if you love the look and feel of them as much as we do then read on as we discuss the eight most expensive chandeliers ever sold. 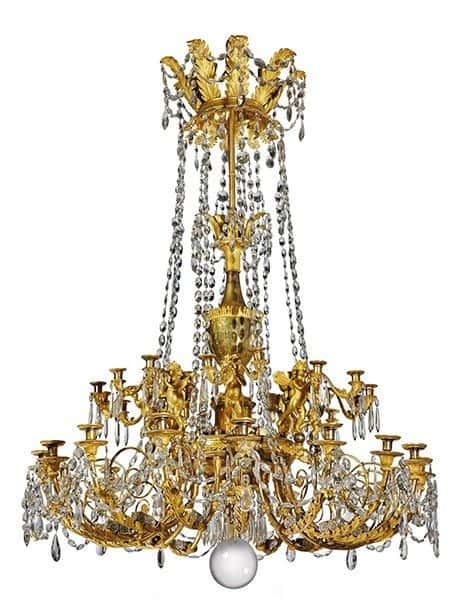 The Ormolu 32 Lights Chandelier, created by the well-known French sculptor of middle-age Paris, sold for $691,442 at Christie’s Paris auction, earning it the ninth and final spot on our list of the world’s most expensive chandeliers. Around 1800 is supposed to have been the production year for this chandelier. 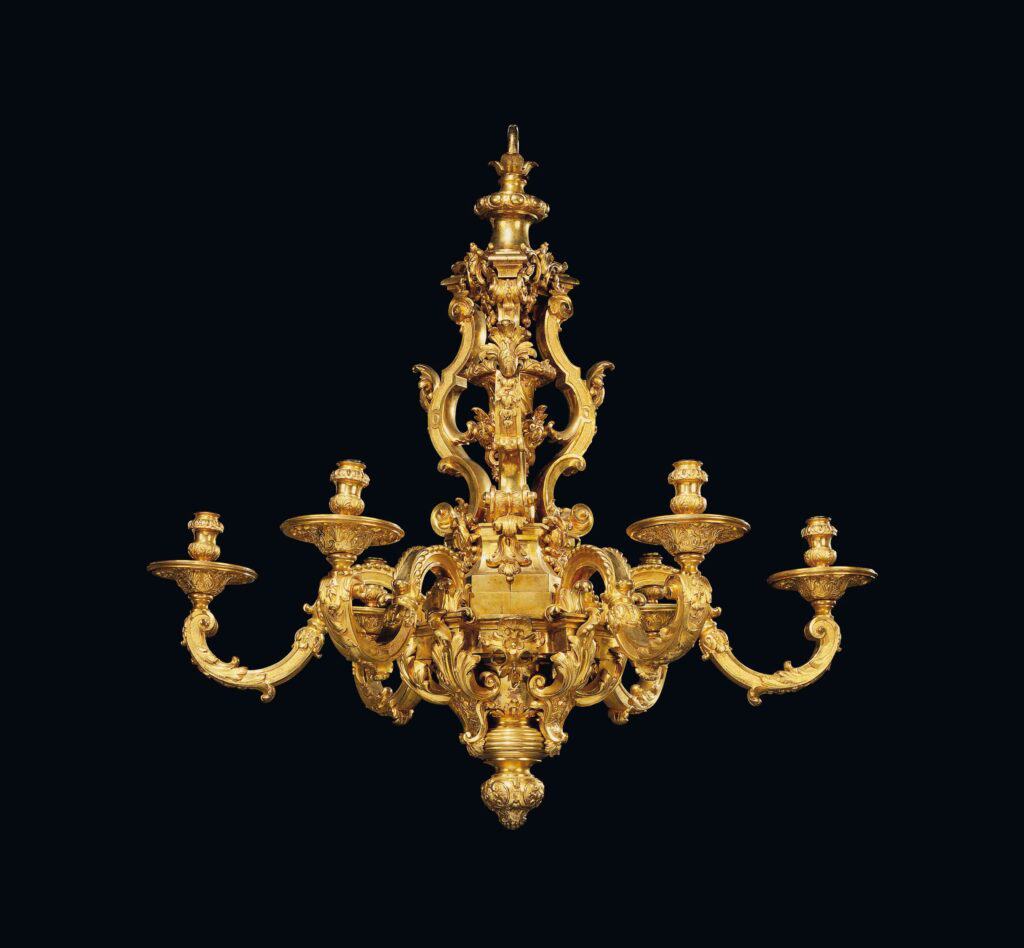 This spectacular chandelier is exquisitely chased and highly gilt, two characteristics that highlight André-Charles Boulle’s talent. His chandeliers made of gilt-bronze were among the most expensive things made in his atelier.

The famed French manufacturer Jean Bloch, who is credited with making his wealth in kitchen and bathroom fixtures, previously owned a collection that included this chandelier. Based on the likeness of this chandelier to other samples and designs that have been documented and created by Boulle, who was designated ébéniste du Roi in 1672, it is safe to assume that it is his work.

The huge berried foliate boss and waisted vase nozzles on its central vase column are almost identical to the Ansbach chandeliers. 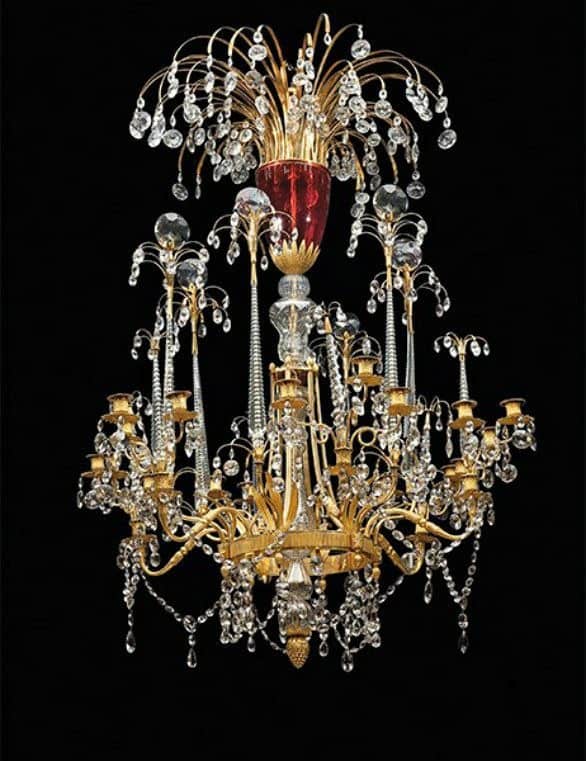 Supposedly from the Pavlovsk Palace in Russia, this Neoclassical Imperial 18-light chandelier. This chandelier measures 46 inches (158 cm) high, while the diameter is (117 cm).

The bedroom of Russian Empress Maria Feodorovna is where it is thought the chandelier was first put in place. 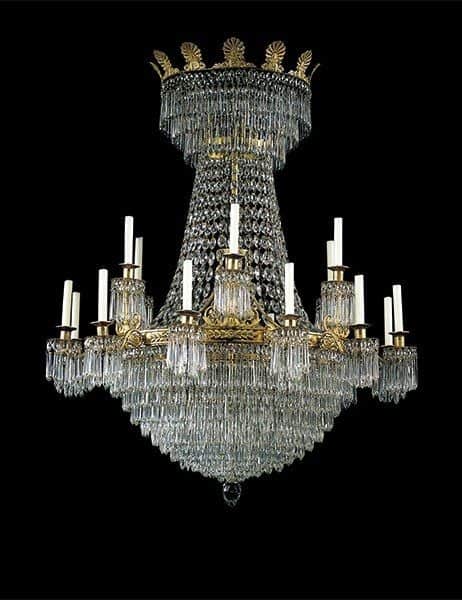 The Christie’s Monaco in 2000 auction featured this Russian chandelier made of cut glass and Ormolu. The chandelier is a stunning illustration of Russian craftsmanship from the early 20th century. It has cut glass droplets and suspended crystals on top of four tiers of twisted and looped iron.

The base is constructed of bronze, and the bottom edge is decorated elaborately. The sculpture, which was created in the 1800s, has a delicate glass shape. A cut glass outer frame set into an Ormolu gilded brass frame is one of the many layers that make up the chandelier.

It was offered for sale as a piece from fashion designer Karl Lagerfeld’s collection. 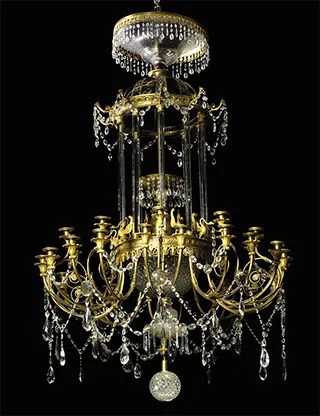 Supposedly, Emperor Napoleon’s furniture supplier planned and created this chandelier at the Emperor’s apparent request. Given Napoleon’s revolutionary aspirations, it is paradoxical that this stunning work of art eliminates the possibility of becoming extravagant. It’s said to have been made in 1812, and it’s incredibly intricate and gorgeous.

This chandelier was sold for $1.3 million through London’s renowned Sotheby’s. The current chandelier, which has not been located yet, is one of a group of chandeliers, some of which are still scattered and remnants of which may be found at the Royal Palace of Naples and in public French collections.

This chandelier stands 190 cm high and spans 130 cm in diameter. 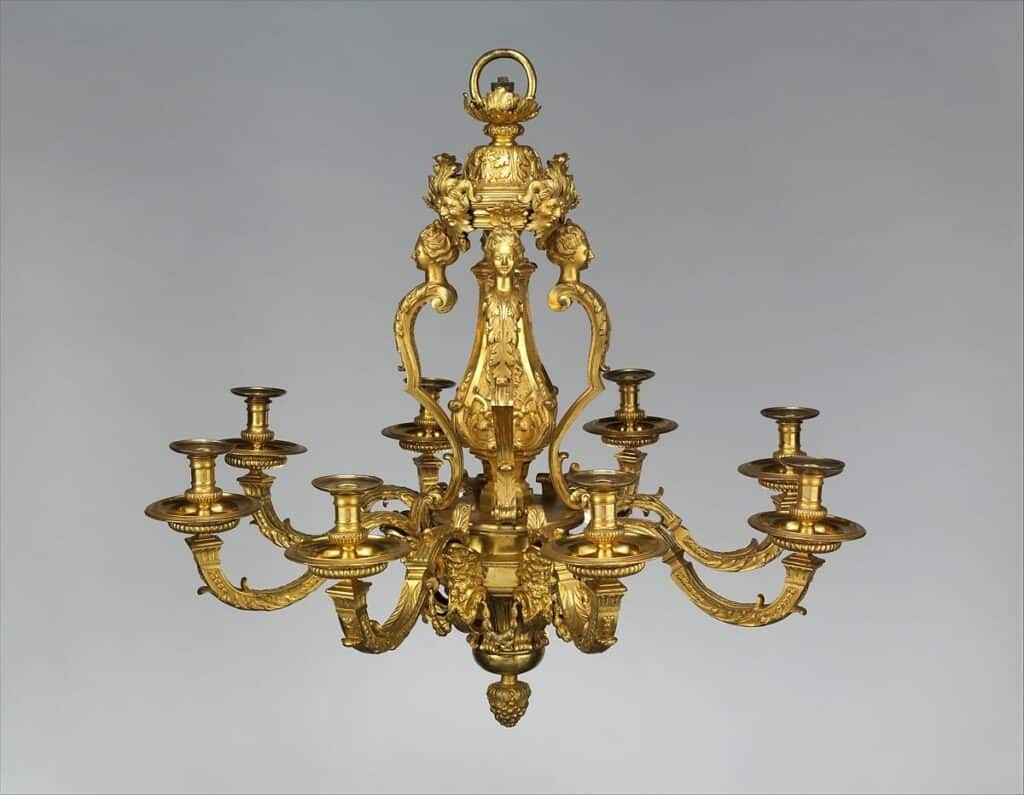 This style of early eighteenth-century chandelier, which is lavishly decorated with satyr masks and female busts, is frequently linked to renowned André-Charles Boulle’s creations.

The eight-light Gilt bronze chandelier made by him which was sold at the prestigious Sotheby’s auction in London for a staggering $1.47 million. Compared to the previous two chandeliers, this one is notable for its considerably simpler and less elaborate design. Boulle received the honorific titles of cabinetmaker and sculptor from Louis XIV in 1672.

Although Boulle is known to have produced a variety of chandelier designs, none of them are a replica of this one. 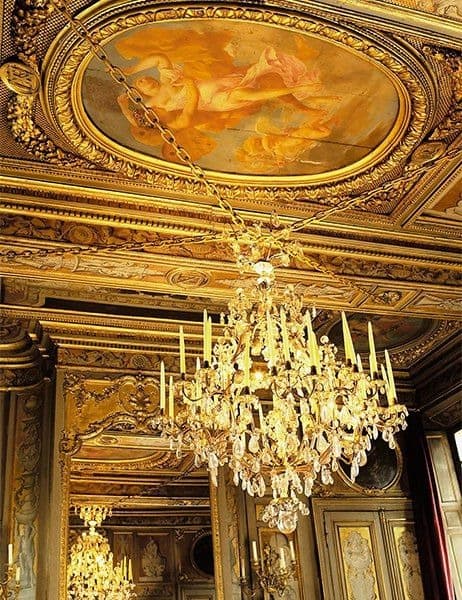 A total of 12 lights could fit in this particular chandelier. It included a central fluted shaft with a frieze of posts, water leaves, and seeds. Crystal daggers perched atop twisted branches may hang from the chandelier. Its gilt-bronze frame was embellished with acanthus leaves, bearded satyrs, feminine faces, and rosette patterns. The wicks have cut crystal pendants as decorations.

The pendants would direct the light from the ceiling down to your desk or work surface. Finally, a blue lacquered metal ornamentation was added to the chandelier’s lower portion. The Hotel Lambert was the previous owner of the chandelier.

The hotel held an auction where the chandelier was sold at Sotheby’s. 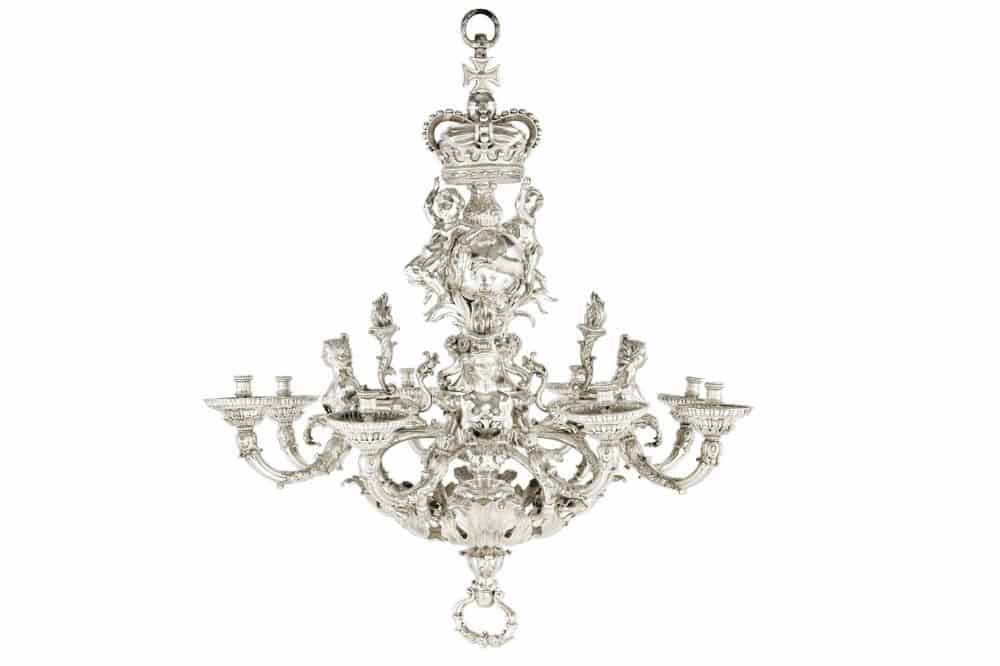 Its extremely intricate and skillfully constructed design would pique anyone’s interest right away. According to the records of Christie’s, this chandelier was originally commissioned by King George II of Great Britain. The King’s request led to the creation of the Chandelier for the city of Hannover. In 2011, it was purchased at the renowned Christie’s auction.

A renowned artist William Kent created this chandelier in 1736.

5 Most Expensive Sheep Ever Sold