Birth defects or congenital disorders are conditions present at birth, resulting in physical, intellectual, or developmental disorders in babies. They can cause problems in overall health, but they can also change the shape, function, or size of one or more body parts.

The risk for birth defects can vary from family history and health, parents’ age, genetic predispositions, substance abuse, and other factors, but the causes are typically not known. Around 8 million newborns are born every year with different congenital disorders, and 90,000 babies die from them.

More common defects can be diagnosed early in the pregnancy and treated accordingly, but some types have no cure. The only help these children can get is surgeries and proper therapy after birth.

Please note that some of the following images are graphic and may be distressing to some readers. 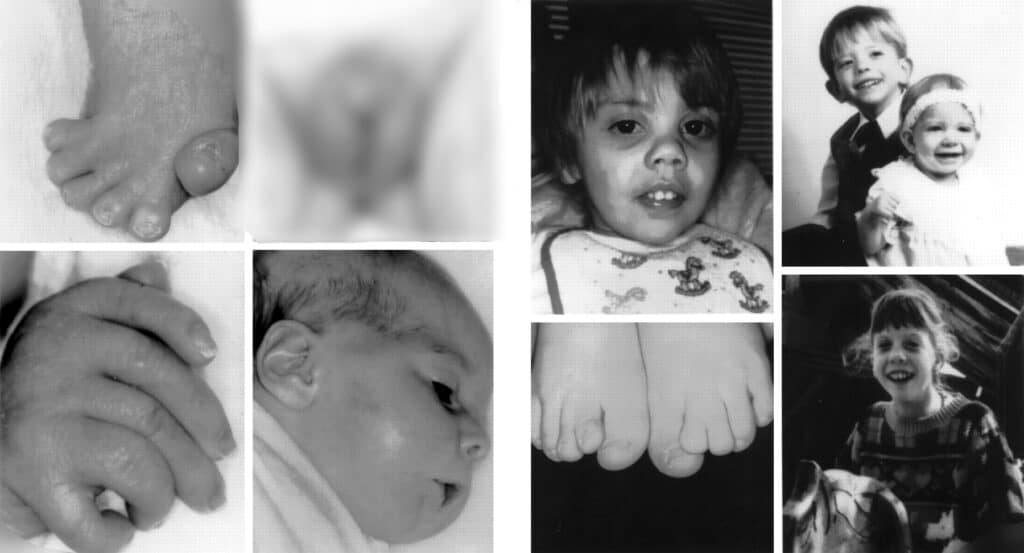 SLO syndrome is a disordered development of many different parts of the body, usually having characteristics of autism. Infants with this syndrome have learning and behavioral problems, small heads, and malformations of the heart, lungs, and kidneys, to name a few.

Learning to live with this syndrome is possible with early diagnosis and proper treatments. But death can occur during the first weeks or months of life from organ failure. The causes of death could be pneumonia, lethal heart defects, and failures of multiple organs together.

Both parents are carriers of the specific gene mutation, passing it down to the child, but they do not have to show any signs or symptoms of this condition. That also does not mean that every couple with this gene mutation will have a child with SLOS. 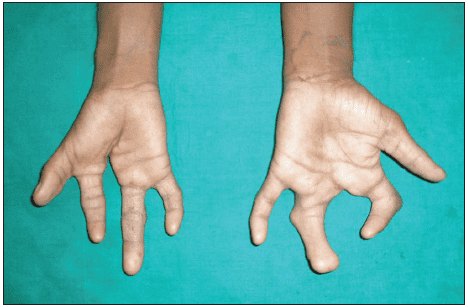 Ectrodactyly, commonly known as split or cleft hand, includes missing central fingers and toes from the said organs. It often affects the middle fingers, but more digits than one could be missing. The child can also have a cleft lip and/or a cleft palate.

The fingers or toes sometimes are not missing, but they are instead webbed together, hence the “lobster claws” used to explain the condition. It’s a rare form of congenital disorder caused by multiple gene defects, starting in parents, but ultrasonography examination during pregnancy can diagnose it.

Different types of ectrodactyly may occur, from thumb web space not narrowed to severely narrowed, to even thumb elements not existing at all. The treatment is usually invasive, so many parents choose not to have surgical treatments done on their children. 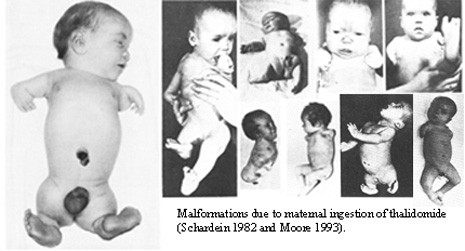 Phocomelia occurs in infants born with undeveloped or completely absent arms or legs. This defect causes a flipper-like appearance of the limbs, as fingers and toes are fused together. These symptoms can also cause problems with eyes, ears, nose, growth, and mental development over the years.

This defect is also called thalidomide syndrome because the drug with the same name is usually the principal cause of the phocomelia. Thalidomide used to be a safe drug for treating anxiety, gastritis, and insomnia in pregnant ladies, but it is now used for cancer treatments instead.

Many famous people were born with this condition, but probably the most known is the motivational speaker Nick Vujicic. He was born without both sets of limbs. However, that did not stop him from becoming a swimmer, painter, and advocate for raising awareness about disabilities and living with them. 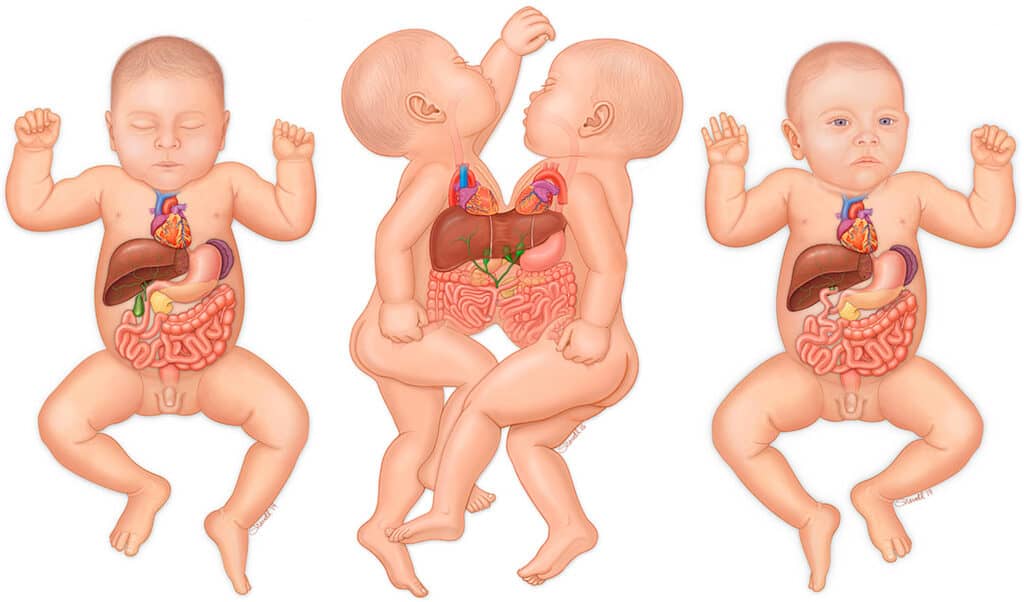 The rarest type of twins is a condition called Conjoined twins, where twins’ bodies are physically fused together even before birth. It occurs during pregnancy when the fertilized egg doesn’t split correctly between twins. Instead, it keeps them connected in different parts of the body.

Most commonly, twins are joint on the upper or lower abdomen, sides, or heads, partially or entirely, where 28% of the twins share a heart, liver, or a part of the digestive system. Half of the conjoined twins are stillborn babies, while live births are more prevalent in female twins.

Siamese twins got their nickname from probably the most famous conjoined twins in the world — Chang and Eng Bunker, Siamese-American showmen that used to be displayed at exhibitions worldwide. They were never separated, living up to 62 years, before dying together.

Tibial Hemimelia or tibial deficiency is a condition that, in rare cases, occurs at birth, characterized by a missing tibia or a shorter than normal shinbone in the child’s legs. Usually, corrective surgery is performed, depending on the extent of the absent tibia and the knee stability.

While the disorder affects the shinbone the most, more abnormalities can occur in the lower limbs, from hip dysplasia to foot deformities. Tibial hemimelia can happen alongside other birth defects, and it is usually passed from parents who also have it.

Tibial deficiency is one of the rarest congenital lower-limb deformities, estimated to occur in one per 1 million births worldwide. 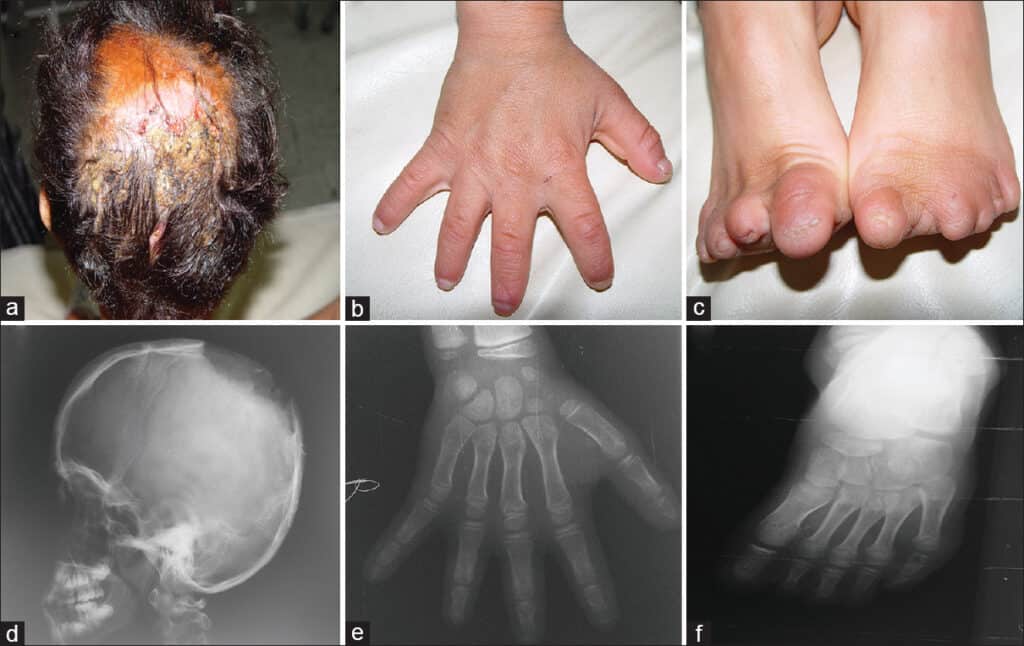 Adams-Oliver Syndrome is a rare disease characterized by missing skin on the scalp, limb abnormalities, heart defects, and webbed fingers and toes. Caused by a harmful genetic mutation, subjects also have neurological and developmental problems present at birth.

This condition is passed from family members with the same symptoms. Diagnosed individuals can have a normal life, but some might experience long-term disabilities. Life expectancy is not affected much, and proper treatment can help with the quality of life.

AOS was first reported by cardiologist Forrest H. Adams and clinical genetics Clarence P. Oliver in a family with eight affected individuals. The accurate diagnosis might be challenging at times because of the symptoms which AOS shares with other disorders. 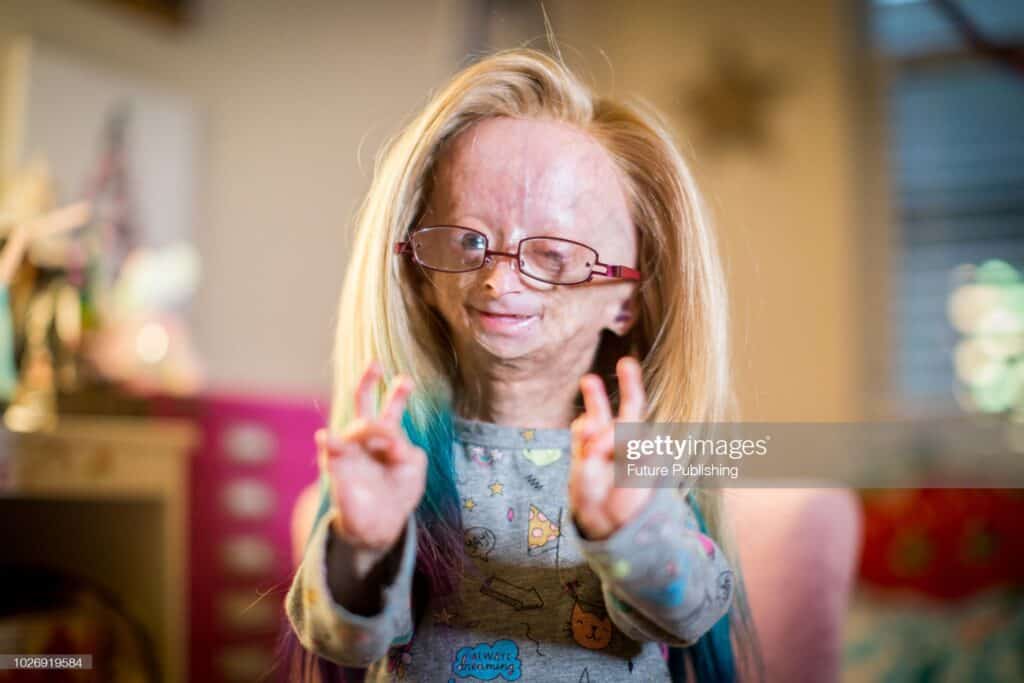 Also known as Hutchinson-Gilford syndrome, Progeria is one of the rarest genetic disorders that causes children to age rapidly, usually starting in the first two years of life. Common symptoms are wrinkly and aged skin, growth failure, and stiff joints, but body fat loss can also indicate this condition.

Complications can be different, but most children develop severe hardening of arteries and blood vessels that supply the heart and the brain with blood and oxygen, raising the risk of heart complications and stroke.

Progeria can happen equally between all genders and ethnic backgrounds, even if parents do not carry the genetic predisposition. Because of the different symptoms, the condition can be fatal if not treated properly, but life expectancy is around fifteen years.

Prevalence: Around 100 cases have been reported as of 2018
Body Parts Affected: Head, neck
Causes: Genetic abnormalities, mutation of a protein gene
Treatment: Depends on the specific symptoms – craniofacial specialists

BOFS is a rare genetic disorder where defects are apparent on the head and the neck because they characterize malformations of the eyes and ears, skin anomalies on the neck, cleft palate and lip, broad and flat nose, and hearing and speaking problems.

“Branchio” refers to tissue arches in the face and neck which don’t develop properly during pregnancy, while “Oculo” is connected to vision malformations. There isn’t a specific treatment, but many different specialists can help – dentists, speech therapists, and reconstructive surgery, to name a few.

As of 2018, only 100 cases of BOFS have been reported in the medical literature. But the estimates suggest more cases are happening worldwide every year. 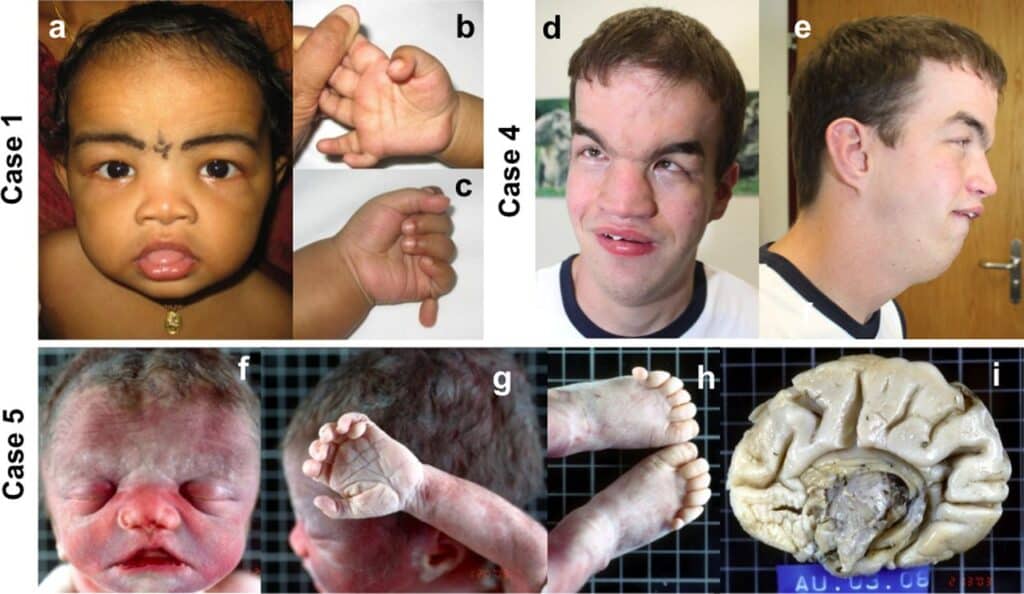 There isn’t a distinctive number of those affected by Acrocallosal Syndrome, making this one of the rarest defects present at birth. This condition is characterized by the underdevelopment of the thick band of nerves joining two hemispheres of the brain, resulting in mental retardation.

Some babies born with ACLS do not live to pass the first couple of hours. But those who get to live can experience normal lives with proper treatment and early diagnosis.