Around 4.5% of the world’s population lives with at least one autoimmune disorder. The National Institutes of Health estimates more than 23.5 million Americans suffer from one or more such diseases. American Auto Immune Related Diseases Association (AARDA) puts the estimate much higher at 50 million.

An autoimmune disorder is tricky because your own immune system turns against your body and starts attacking your tissues and organs. The immune system that is supposed to protect you against invading micro-organisms can no longer differentiate between healthy body cells and outside bacteria and viruses.

The exact reasons why certain individuals develop autoimmune disorders are not known. Researchers have identified a few risk factors that increase the chances of getting affected by certain autoimmune diseases.

Auto-immune-related diseases affect women at a much higher rate than their male counterparts. In the US, 80% of the total affected population are women. Here we list 8 rarest autoimmune diseases and explain how they affect your body.

Prevalence: 1 in 100,000 people gets affected.
Affected body parts: Peripheral nervous system
Who’s at higher risk?: Anyone can develop this disorder, but individuals over 50 are at a higher risk.
Symptoms: Weakness, tingling in the feet or hands, whole-body paralysis. 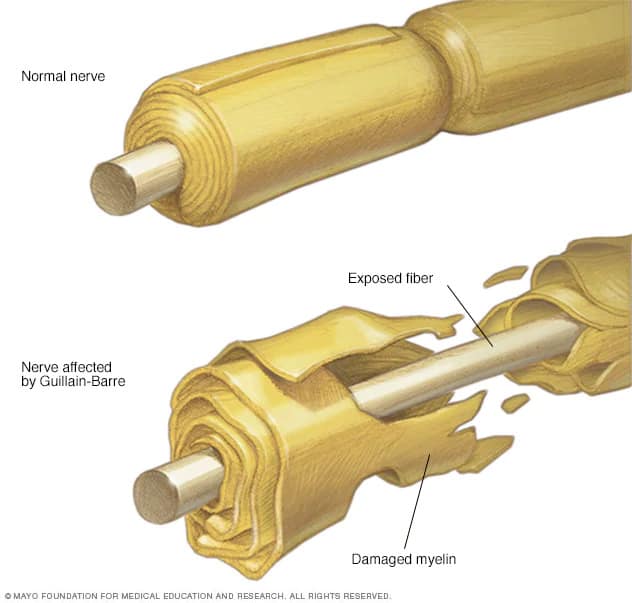 Guillain-Barré syndrome is a serious autoimmune disorder that attacks your body’s nerves. The symptoms start with tingling and weakness in both sides of the body. Some patients also experience pain in the back or leg. The symptoms usually first appear in the lower part of the body. However, for some, it can be the reverse.

Children suffering from this autoimmune disorder often refuse to walk. The symptoms can worsen within a few hours, or it may take weeks. In 90% of the cases, the symptoms worsened by the 3rd week after its onset.

In some severe cases, patients lose their muscle functions, which may result in paralysis.

It is not determined what causes GBS, but patients often develop the symptoms after infection. In some rare cases, it can also be related to vaccination.

Prevalence: 5 to 10 out of every one million Americans get affected each year
Affected body parts: Muscle tissues
Who’s at higher risk?: Individuals between 30 and 60 years. Women are more than twice as likely to develop the disorder. African Americans are most at risk.
Symptoms: Rashes, weakness, swelling, chronic muscle inflammation, breathing difficulty, swallowing difficulty 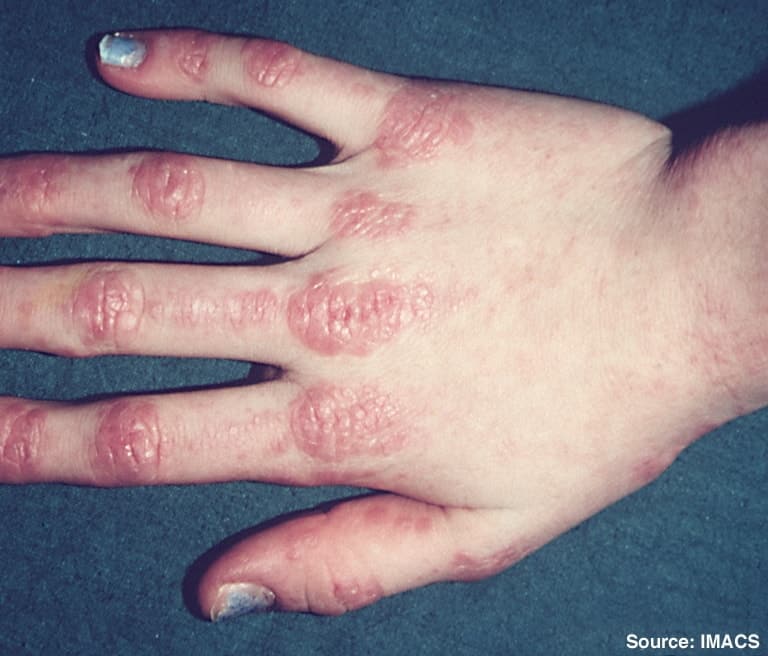 Myositis is a rare auto-immune disorder that attacks healthy muscle tissues. It results in swelling, weakness, and eventual muscle damage. People with this condition may find it difficult to climb stairs, hold objects with hands, or get up from sofas. These symptoms often occur much before the disorder can be diagnosed.

Patients may also trip or fall frequently and may experience body aches. Most often, it attacks the upper arms and thighs. However, any part can be affected.

Dermatomyositis is a type of myositis that affects several muscles and causes rash. Sometimes it even attacks the lung tissues and esophagus. In such cases, patients experience breathing and swallowing difficulty.

Myositis may sometime also affect children and teens. It is called juvenile myositis.

In Myasthenia Gravis, your body’s immune defenses block the communication between muscle and nerves by destroying muscle receptor sites. With fewer receptor sites, your muscles cannot receive as many nerve signals as they should. As a result, you experience muscle fatigue and weakness.

It affects muscles that you can control voluntarily and use for moving body parts and breathing. You experience muscle fatigue and weakness after periods of activity. It gets better after rest. However, the condition tends to worsen over the years.

It can affect any voluntary muscles, but eyes, face, throat, neck and limb muscles are more prone to be affected by this rare disorder.

It can cause difficulty swallowing, drooping eyes, double vision, weakness in the leg, and breathing difficulty. When it attacks the neck muscles, it becomes difficult for the patient to hold up their head.

Myasthenia Gravis is usually treatable but can also become life-threatening for some individuals. It sometimes attacks the breathing muscles and makes them so weak that they stop working. 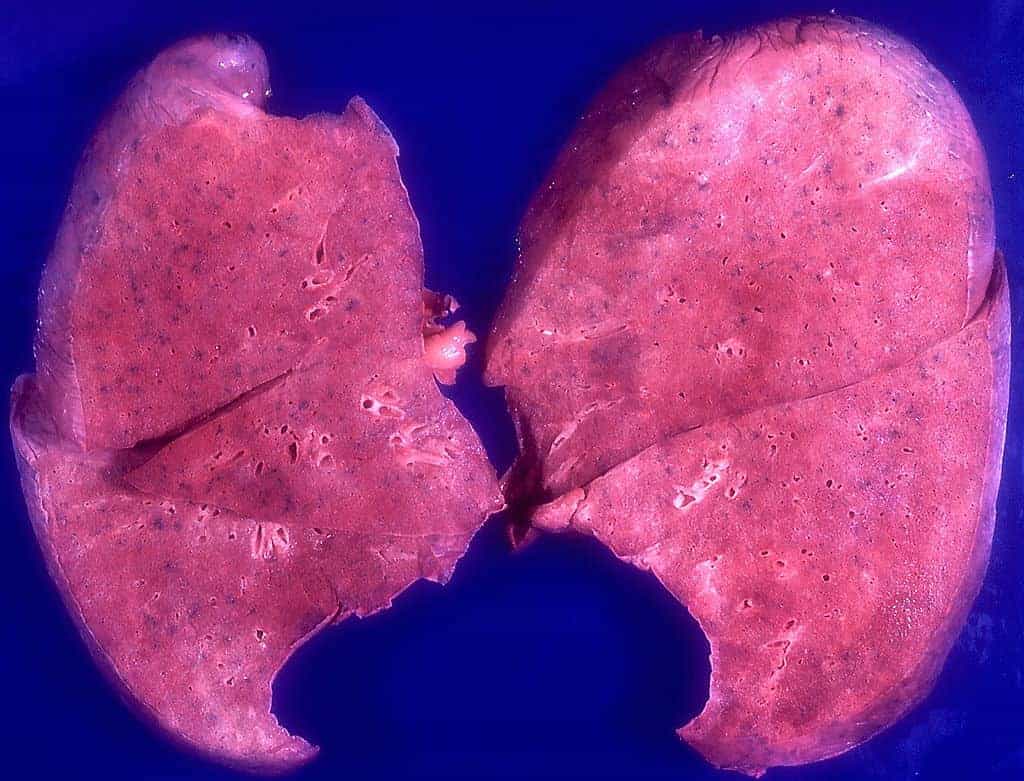 Goodpasture Syndrome is an extremely rare condition where antibodies produced by your body’s immune system target the lining of your lungs and kidneys. The symptoms progress rapidly and may lead to kidney failure.

Goodpasture syndrome can be fatal if not diagnosed early. Even with medical attention, the symptoms may get worsen. The patient may experience life-threatening lung bleeding, but the damage is usually temporary. However, the damage to the kidneys is more permanent in nature, and the patient may need dialysis or even a kidney transplant.

The disease is named after Ernest Goodpasture, a pathologist at Vanderbilt University. In 1919, he identified and described this disorder for the first time. 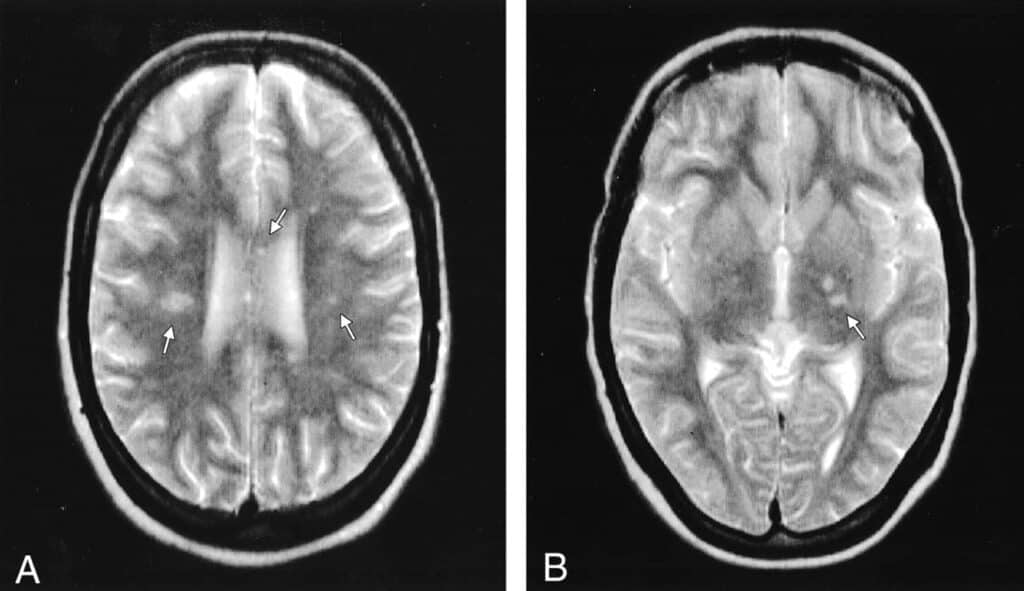 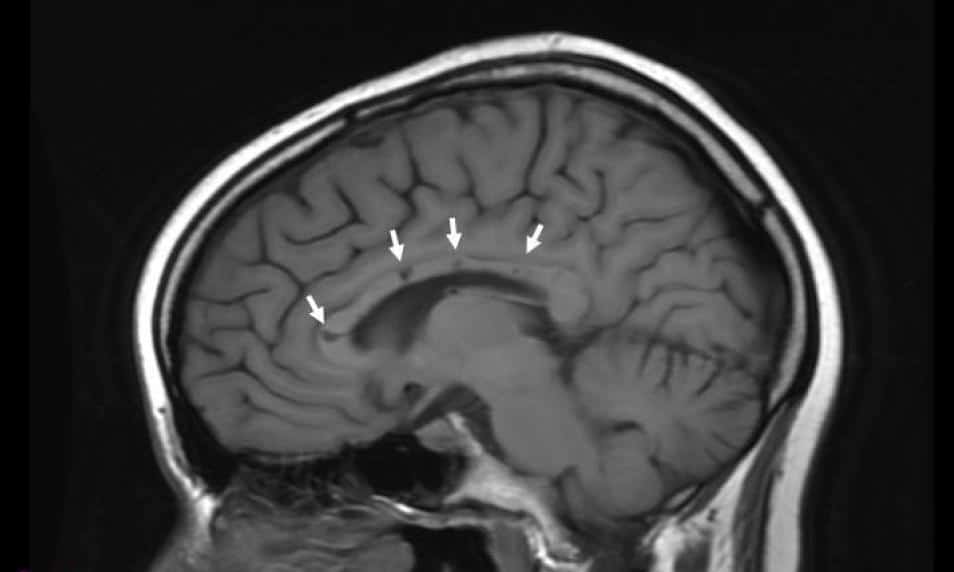 The severity of Susac Syndrome may vary from one person to the other. In this rare disorder, the patient’s immune system attacks the smallest blood vessels of the brain, retina, and inner ear.
Severe headache, slurred speech, confusion, short-term memory loss, walking difficulty, change in personality, and other psychological problems may occur when it attacks your brain.

Hearing loss, ringing in the ears, and dizziness are common symptoms people may experience when it attacks blood vessels inside the ear. Eye-related symptoms are visual disturbances, black spots, and loss of peripheral vision.

For most affected individuals, symptoms start with the brain, and then, gradually, other parts get affected. 85% of the patients experience symptoms related to all three organs in due course.

An individual can experience symptoms only once in their lifetime, or they can be recurrent. Some also experience a continuous flare-up.

Prevalence: Cases of less than 100 families are documented. The exact number is unknown.
Affected body parts: Multiple organs, including lungs, kidneys, and joints
Who’s at higher risk?: Individuals with a history of COPA syndrome in the family. Symptoms are usually detected in the individual younger than 20 years.
Symptoms: Shortness of breath, persistent cough, rapid breathing, inflammation of joints and kidneys. 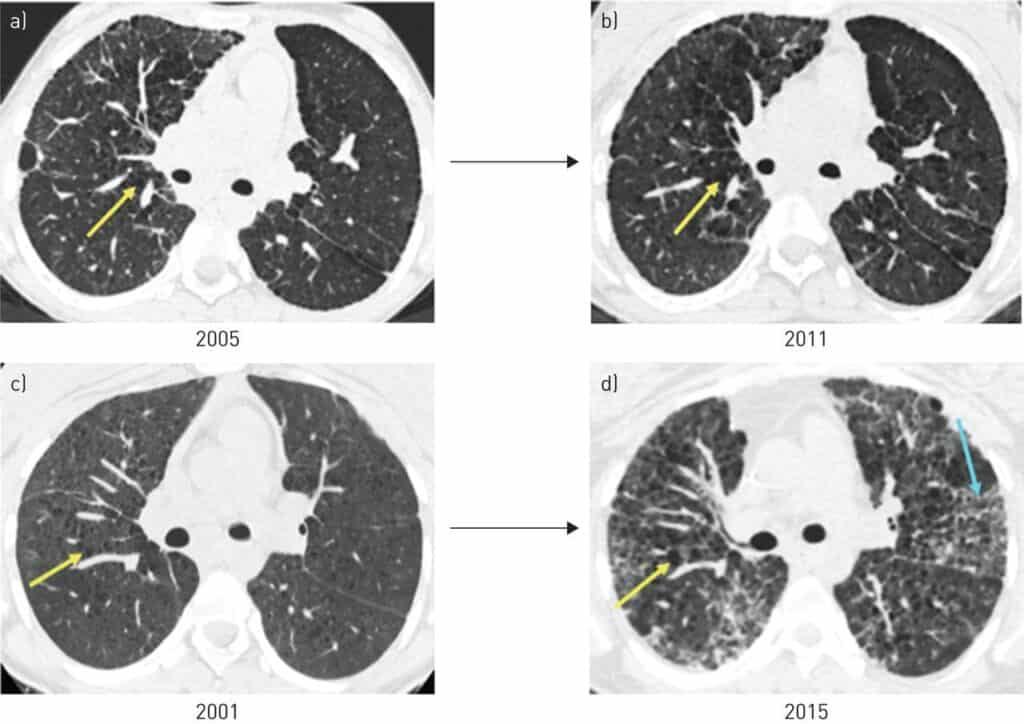 COPA syndrome was first recognized in 2015. It is a genetic disorder characterized by variable expression. The signs and symptoms can vary even within the same family.

It has features of both autoimmune and autoinflammatory disorders. It causes progressive scarring of the lungs and may result in reduced lung function. About 50% of people with COPA syndrome suffer from alveolar hemorrhaging. It is a life-threatening condition and can lead to rapid inability to breathe.

Many patients experience arthritis where both large and smaller joints are affected. Even children can experience severe joint inflammation.

Some individuals may also experience inflammation of the kidneys. It damages the kidneys and reduces their function.

Remember, all patients do not experience all these symptoms, and the symptoms can appear in any random order.

There is no standardized therapy for COPA syndrome. There is no cure; immune-suppressants are used for treating individuals. 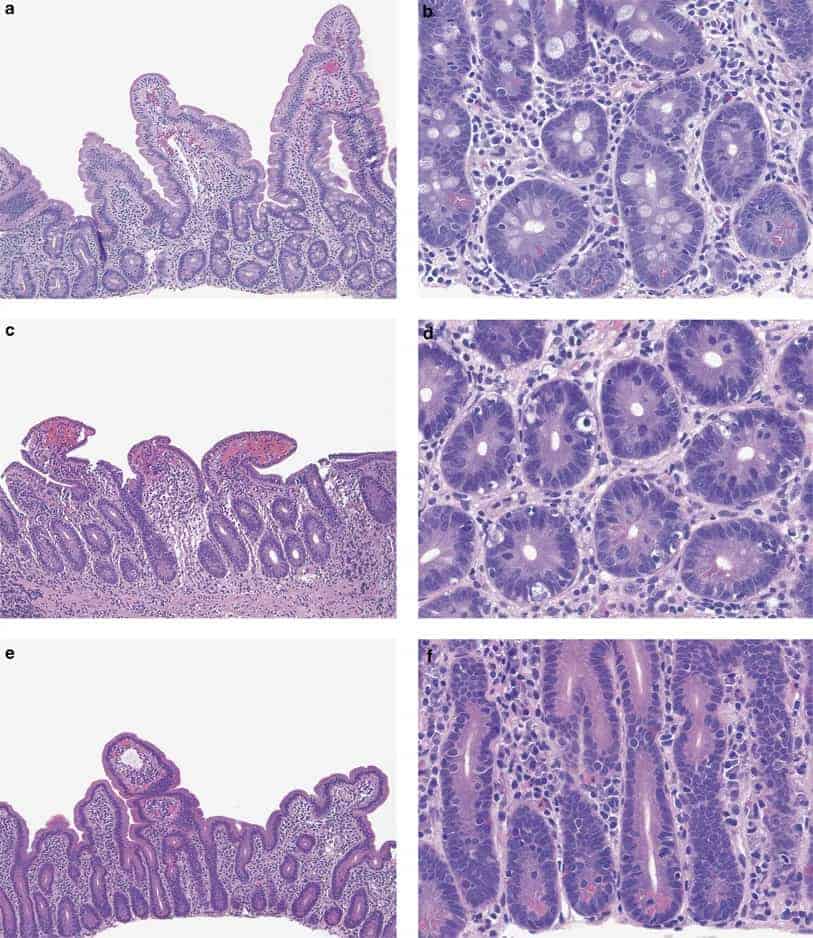 In Autoimmune Enteropathy, the body’s immune system targets the intestine lining. It inflames the lining and causes loose watery stools all the time. Occasional, you may see blood in the stool.

The patient doesn’t respond to dietary changes or standard treatment. There are many types of Autoimmune Enteropathy. A thorough examination and several tests are required to determine the nature of the disorder.

Usually, immune suppressants are used for improving the condition. Sometimes the patients may also need intravenous nutrition to recover from the damage.

Although it is predominantly a children’s disease, adults may also get affected. However, it is extremely rare; only a handful of cases have been reported so far.

Prevalence: About 300 cases have been reported since it was first identified in 1992.
Affected body parts: Multiple organs
Who’s at higher risk?: People with other auto-immune diseases or who are suffering from the antiphospholipid syndrome. Young adults are at higher risk.
Symptoms: Rapid blood clotting 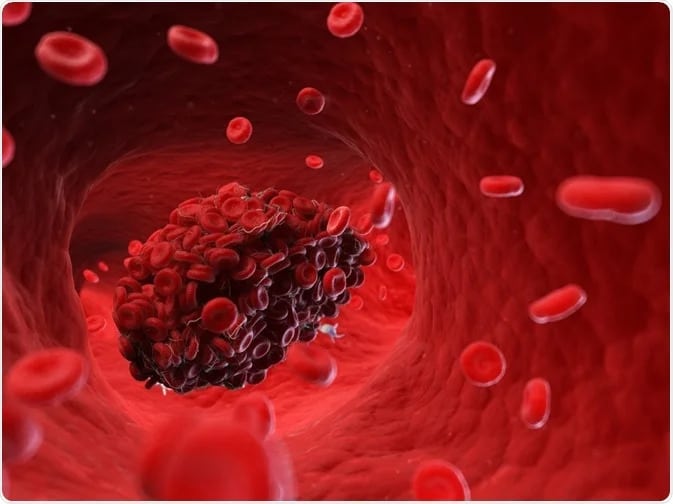 It triggers the inflammatory immune response of the body and ultimately leads to progressively widespread blood clotting.

The causes that lead to Asherson’s Syndrome are still not determined. Infections, wounds, vaccination, and failure of the anticoagulation mechanism can trigger the disease.

Due to the limited number of cases, enough materials are yet to be gathered to approve a standard therapy. The mortality rate of this disorder is as high as 40%.