Continue reading for our list of the 9 most expensive minerals in the world, including the chemical composition that created them, the mines that sourced them, and the properties that make them so ridiculously expensive. 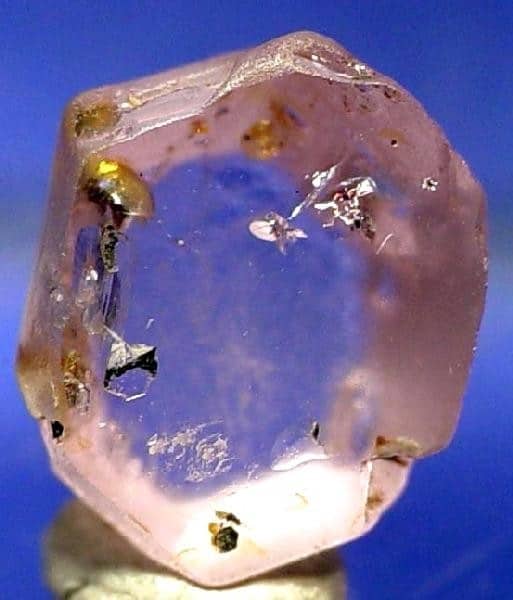 Taaffeite is a recent discovery in the world of gems, identified in Dublin, Ireland in 1945 but sourced from Tanzania. Sri Lanka is another major source of Taaffeite, a place that will come up again on this list more than once.

Taaffeite is a purplish stone containing magnesium, beryllium, and aluminum. The mineral was discovered by Richard Taaffe, who thought it was a spinel and had it cut as one. This makes taaffeite the only gemstone first identified in the form of a cut jewel. Taaffeite is worth as much as $2,500 per carat.

This mineral forms in carbonate rocks, the same that produce spinel, mica, and tourmaline. Lower qualities of the mineral have been discovered in China, but Tanzania and Sri Lanka are still the only places in the world with gemstone-grade taaffeite.

An analysis confirmed the presence of both beryllium and magnesium in taaffeite, which in 1951 made it the first known mineral to contain both elements. Despite the near-identical appearance to spinel, taaffeite is compositionally unique, and is still so rare that it is exclusively used as a gemstone.

Alexandrite is a birthstone (June) and is popularly known as the “Friday’s Child.” As opposed to many stones that have ancient origins entrenched in cultural lore, Alexandrite was not known until the 19th century when it was discovered in the Ural Mountains in 1830 in emerald mines there.

Alexandrite can appear to be an emerald until it hits the light and shines red and purple. Due to these colors, the Alexandrite became the official stone of tsarist Russia, named for tsar Alexander. Well-formed Alexandrite can be worth $12,000 per carat.

Until very recently, Alexandrite was not discovered in any sources outside of the emerald mines in Russia where it was originally sourced. In the 80s, it was finally found in mines in Brazil and Sri Lanka, giving gemstone dealers the ability to source the stone. For a while, Tiffany’s had completely cornered the market on Alexandrite due to its scarcity. 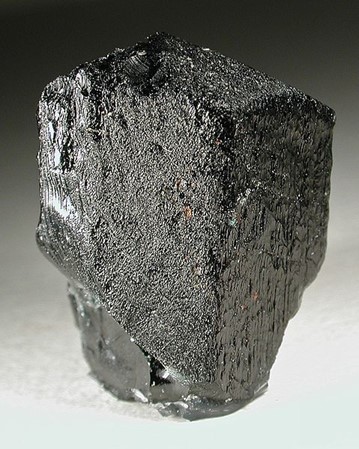 Serendibite is a rare mineral in the inosilicates group, discovered in 1902 in Sri Lanka, which is still the most significant source of serendibite in the world. It was found by a man named Gunasekera, but named after the ancient word for Sri Lanka itself, “serendib.”

This mineral forms as a vitreous black crystal with sheer facets and a shiny, almost silver crust. The rocks that form serendibite are called “skarns,” which are boron-rich deposits laced with granite that can also form spinel, another rare mineral. Serendibite can be worth $18,000 per carat when it’s well-formed. 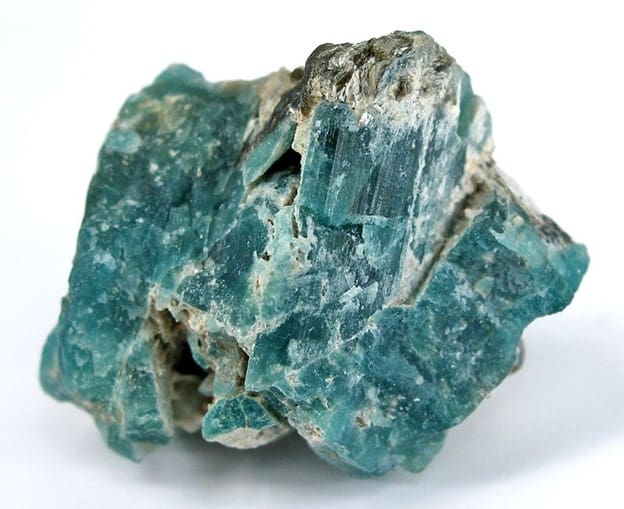 The teal-green or blue mineral known as grandidierite is a rare mineral first found in Madagascar in 1902, named after the explorer who found it, the Frenchman Alfred Grandidier.

Grandidierite is part of a mineral classification known as nesosilicates, which are iron-containing minerals with tetrahedral atoms. Others in this group include topaz, garnets, and willemite. A well-colored grandidierite can be worth as much as $20,000 per carat.

Grandidierite is a mineral with a “trichroic pleochroism,” which is a fancy way of saying that it can display up to three colors depending on how you look at it in the light. From certain angles, it can appear dark blue, dark green, or even colorless/clear. 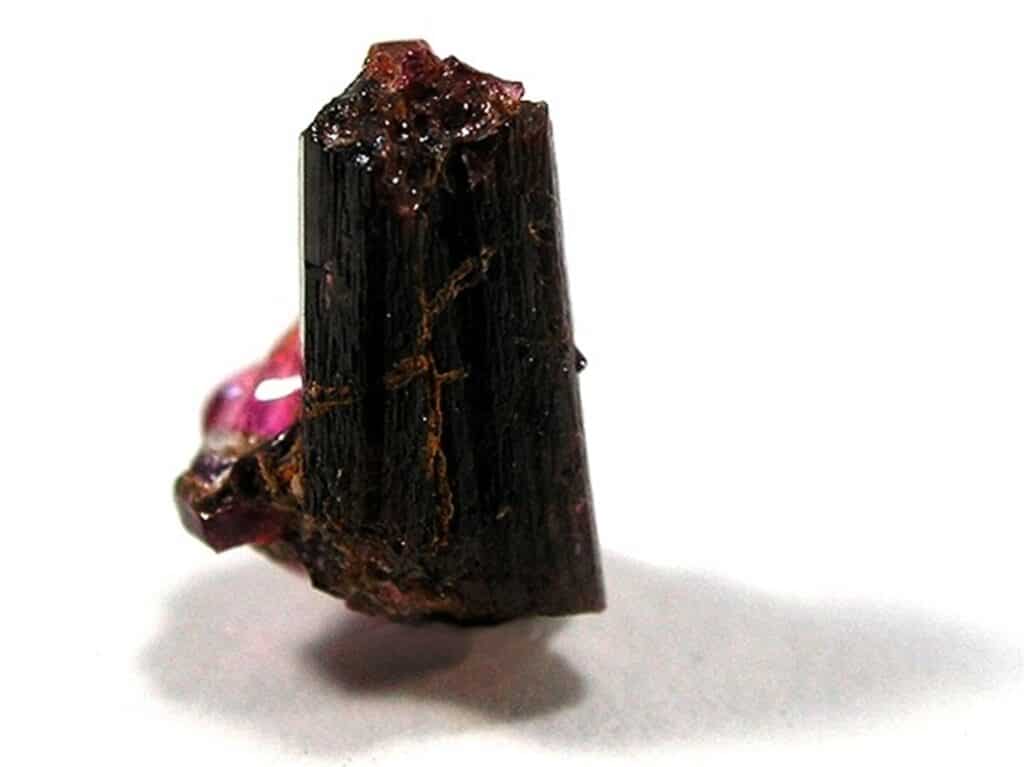 Painite is from the borate mineral group, containing trace amounts of several elements, including chromium, which is responsible for the element’s reddish brown or orange color. Several of these elements rarely interact naturally, which is why successfully formed painite is extremely rare.

Painite is only found in Myanmar. Due to its composition and rarity, they were rarely cut into gemstones before the 21st century. The mineral was mistaken for a ruby until the 1950s and was then named after the British gem salesman who found it, Arthur C.D. Pain. Well-formed Painite can be worth around $55,000/carat.

Painite is not found in significant quantities anywhere but in Myanmar and nowhere in Myanmar but in Mogok. This city is in the Pyin Oo Lwin District, believed to have been first founded all the way back in 1217 by Shan hunters after they discovered rubies there. 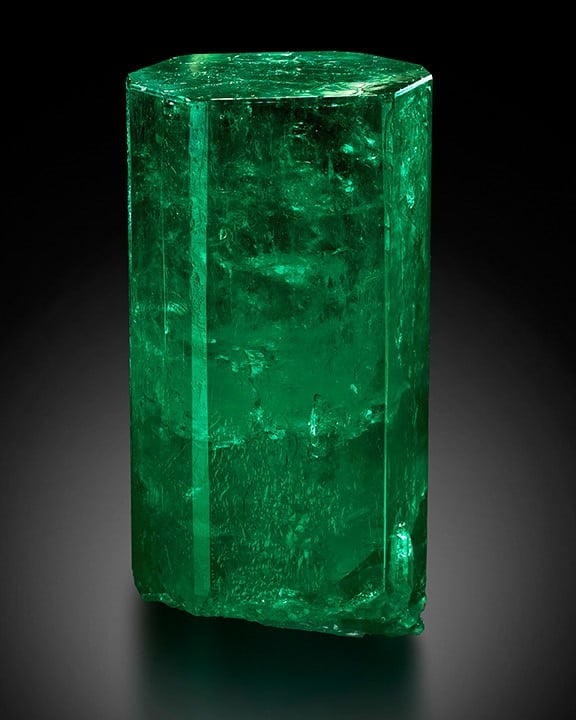 For most gems, color is the primary characteristic that determines value. For emeralds, however, clarity is just as important, with visual transparency being a huge criterion of value. The most valuable emeralds are worth as much as $100,000 per carat.

The word “emerald” is derived from old French and Middle English words like “emeraude,” which go back to the ancient Greek word for “green gem,” “smáragdos.” 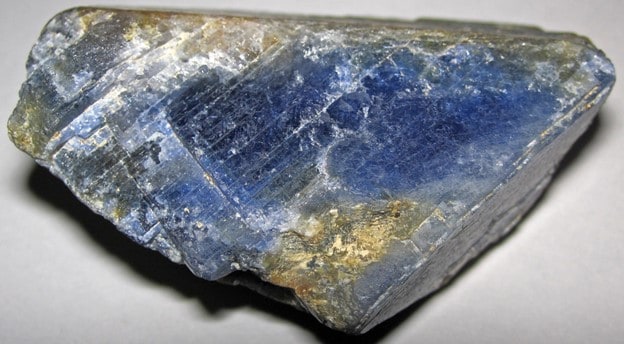 Sapphires are forms of corundom, an aluminum oxide mineral reinforced by iron, titanium, chromium, magnesium, and vanadium. Sapphires are blue in color but come in other varieties like yellow or purple. Some even display multiple colors — these are called parti sapphires. When pink, sapphires are sometimes sold as rubies.

Sapphires are the third-hardest mineral in the world, which is why they’re used not only for decoration but for electronic components. Sapphires are used in infrared optical devices, crystals in luxury wristwatches, and circuits in LEDs.

The most well-formed solid sapphires can cost $100,000 per carat or even more. 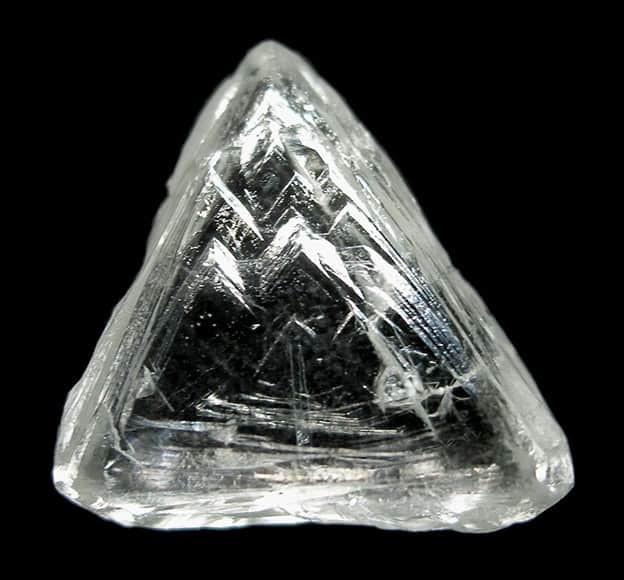 Diamond, by far the most well-known mineral on this list, is a hard carbon formation formed slowly over many years. Its hardness and ability to conduct heat make diamond ideal not only for beauty products but for industrial tools like drill tips and polishing machines.

Diamonds vary widely in color and value, starting at the normal white diamonds that can be worth around $2,500 per carat and going up to the colored varieties, which in the right cut can be worth $1 million per carat for the mineral alone. If the stone itself is famous, that number could be even higher.

Red diamonds are the most valuable by default, found mostly in the Argyle diamond minds in Western Australia. There are 12 colors in total, other rare ones being blue and pink diamonds. 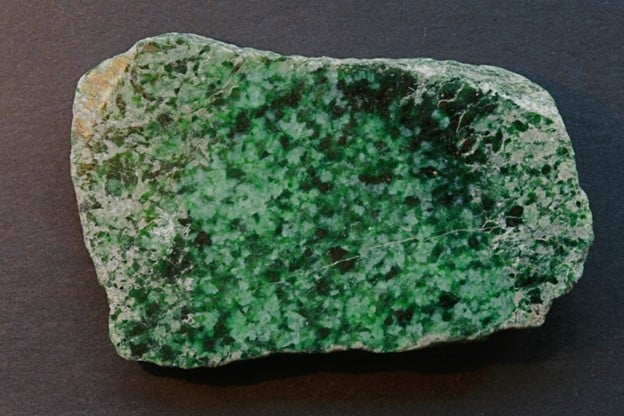 The most expensive mineral is Jadeite. It’s a hard, dense mineral made from a form of pyroxenes that harden into green and white stones found in subduction zones. Like many minerals on this list, Myanmar or Burma is the perfect geological region for Jadeite formation, where it forms at high pressures and low temperatures in the native rock there.

Jadeite is more famous in its diluted form as jade, a stone highly valued in China and throughout Asia. Even in the Stone Age, jade’s high strength and density has been used to create work tools and other implements. Today, Jadeite is purely decorative and worth $3 million per carat.

Subduction zones refer to areas where a tectonic plate sinks below another to create continental crust. Earthquakes are common in subduction zones, but they are also fertile growing grounds for dense minerals like jadeite.