There are over 300 documented gemstones in the world, ranging from readily available or poor quality to extremely rare, pure and expensive, fetching amazingly high prices in certain cases. These stones were created by the Earth over millions of years in many different conditions, composed of various organic materials such as rocks and minerals.

You might never get to see the rarest gemstones of the world in person, due to how precious they are, unless you can afford to splash out on one of these beauties or can visit a museum that has a specimen on display. Some lucky people are invited to view private collections.

We’ve compiled this list to give you an up-close look at the rarest and most valuable gems in the world.

Discovered At: Merelani foothills of Mount Kilimanjaro in Tanzania
Year Discovered: 1967
Color: Blue to Violet/Purple
Price: $600 to $1,200 per carat

Tanzanite is so rare that it’s believed to be at risk of being mined out within 20 – 30 years. This striking gemstone is relatively new and its rarity is considered to be due to the singular and remote location it comes from, at the foothills of Mount Kilimanjaro in Northern Tanzania, which is where it gets its name from.

Discovered by Ali Juuyawatu (a Masai tribesman) in 1967, Tanzanite is even more rare than diamonds. The most prized color of this gem is blue, which results from heat treatment and rivals the blue sapphire. It has a color-shifting quality when tilted and is composed of Calcium, Aluminum, Silicon, Hydrogen and Oxygen. A powerful advertising campaign by Tiffany & Company helped put this gem on the map by 1968.

One of the rarest gems known, Poudretteite was discovered in the 1960s in a quarry owned by the Poudrette family in Mon. Saint Hilaire, Quebec. Once considered to be minute crystals of no geological importance, in 2000  a 3ct rough was found in Mogok, Burma. This gemstone rarely produces clean specimens over 1ct, although one of the Mogok pieces was the largest recorded, cut from a rough 22ct down to a clean 9.4ct gem.

Poudretteite has been confused in the past with Scapolite, which is a group of rock-forming silicate minerals. The most sought after specimens include high quality, soft pink Poudretteite, which is another element contributing to its rare status. This gem is comprised of Potassium, Sodium, Silicon, Boron and Oxygen.

George D. Louderback was the first who discovered Benitoite, in San Benito County, California in 1907. There are small deposits that can be found in Arkansas and Japan, however the only commercial Benitoite mine is at the original location, which no longer produces the gems, increasing the scarcity of them. What’s unusual about this stone is that it looks like glowing, brilliant-blue chalk under UV light.

Usually found at a carat or less, Benitoite caps out at three carats. Becoming the official gemstone of California in 1985, it’s coveted by collectors and used sparingly in jewelry production. This gem is comprised of Barium, Titanium, Silicon and Oxygen.

For a long time after Black Opal’s discovery in 1873, its value was not appreciated. The dark background of this gem enhances the brilliant swirls and patterns of iridescent color, considered by some to be a mysterious stone that looks like it contains fire or lightning. Hailing from a small town called Lightning Ridge, there’s only one other place it can be found in small deposits, which is in Mintabie, South Australia.

The opal is Australia’s national gemstone but Black Opal is the rarest of its kind. The best specimens are those that show their color from several feet away and there’s a variety of collectible patterns with flashes of bright color. What makes these gems unique is that every piece is different. Black Opals are comprised of Silicon, Hydrogen and Oxygen.

Discovered At: Dublin, Ireland (from a collection of specimens brought from Sri Lanka)
Year Discovered: 1945
Color: Colorless to light violet or mauve
Price: $1,500 to $2,500 per carat

Considered to be over a million times rarer than diamonds, Taaffeite was discovered in a jeweler’s shop in Dublin, Ireland by its namesake Richard Taaffe in 1945. After sending specimens off to an expert to make sure it wasn’t Sri Lankan spinel, it was declared as a new discovery in the world of precious stones. Found in alluvial deposits in Sri Lanka and Southern Tanzania, lower grades have also been found in China.

Occurring in carbonate rocks with spinel, tourmaline, mica and fluorite, this scarce gem is usually not suitable for faceting, which makes it even harder to source. With an appearance much like amethyst, Taaffeite is more durable and has a composition of Magnesium, Beryllium, Aluminum and Oxygen.

Red Beryl was once thought to be an emerald and though it has other names, it is now classed as a beryl. First discovered in 1904 by Maynard Bixby in the northern part of Thomas Range in Juab County, Utah, this gem was first mined at Bixby’s Violet Mine but production was poor. It was then mined with greater success at the Ruby Violet Mine staked by Lamar Hodges when he found gem-grade deposits in 1958 while prospecting for Uranium.

Even though Red Beryl is also mined in Mexico and New Mexico, the best quality specimens come from Utah. The rarity of this gem is due to the unique conditions required for it to form and it’s described as 1,000 times more valuable than gold. Red Beryl is composed of Beryllium, Aluminum, Silicon and Oxygen.

Discovered At: Ural Mountains of Russia
Year Discovered: 1830
Color: Green to red (depending on the light)
Price: $12,000 per carat

Discovered in the roots of a tree that had fallen in a storm by a Russian peasant in 1830, Alexandrite was first thought to be an emerald. The unique quality of this gem is its color-changing ability. In sunlight Alexandrite is green but when exposed to candlelight, it appears as magenta. This brought about the saying “emerald by day, ruby at night.”

Named after Czar Alexander II, this gem has also been found in Brazil, East Africa and Sri Lanka. Coveted by collectors all over the world, high quality Alexandrite is exceedingly rare and it was nearly mined out when the original deposits in Russia were exhausted. This gem is composed of Beryllium, Aluminum and Oxygen.

The prime source for Jadeite is in Myanmar (Burma) although it’s also found in Japan, Kazakhstan, Guatemala, California and in the Ural Mountains in Russia. This gem is more valuable when colored deep, translucent green and is mostly found in small quantities. Christie’s Auction House sold a Jadeite necklace in 1997 for almost ten million dollars.

With a long history dating back to ancient Mesoamerica, where it was used for making weapons and tools, some fine specimens nowadays can fetch upwards of one million dollars per carat. Jadeite has been the Jade of choice for many Chinese artists throughout history and it’s comprised of Sodium, Aluminum, Iron, Silicon and Oxygen.

Musgravite has also been discovered in small deposits from locations such as Tanzania, Madagascar, Sri Lanka, Greenland and Antarctica, however there are only 10 known gem-quality specimens in the world. This gem is scarce and some say it’s arguably the rarest stone in the world, but it does have some competition in that arena.

Sometimes, Musgravite is confused with Taaffeite, as it comes from the same “family.” Also confused with Amethyst and referred to as a dark and stormy stone, this gem is created under precise conditions with a perfect balance of its composition, which is Magnesium, Beryllium, Aluminum, Zinc, Iron and Oxygen. 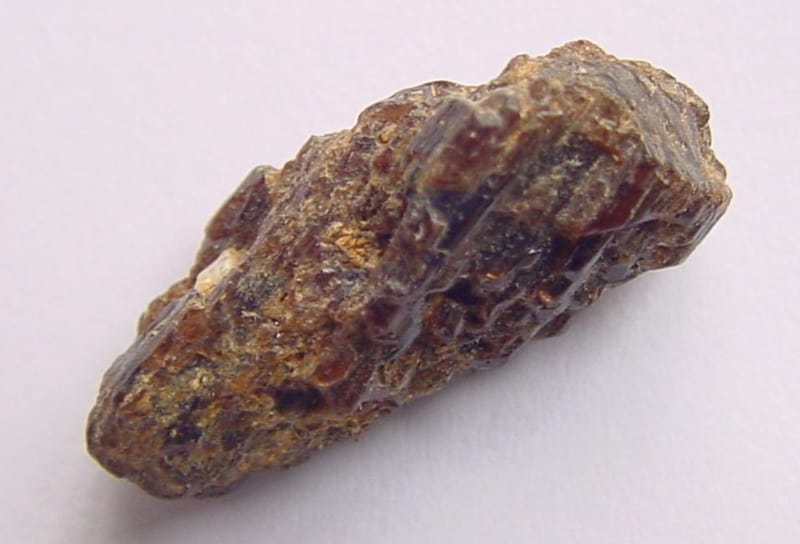 There is some dispute over which gem is the rarest. If you listen to the Guinness Book of World Records and experts in the field it’s safe to say that Painite is the rarest gem in the world. For a long time, only two specimens were known to be in existence, after Arthur C.D. Paine first found the gem in Burma in the 1950’s. Some say that Painite is priceless and its rarity is due to how scarce it is, however a third specimen showed up in 1979 and then a fourth in 2001.

Finally, in 2005, a source outcrop of this stone was discovered and to date, several thousands of specimens have been recovered. It’s the fact that only a small number of gem-quality pieces have been preserved which makes Painite even rarer. Another factor in the rarity of this gem is the inclusion of boron and zirconium, which don’t occur together in any other minerals. Other elements that Painite is composed of are Calcium, Aluminum and Oxygen.

Final Thoughts on the Rarest Gems

Of course, levels of rarity and price depend on many factors, and at a certain point it really depends on who you ask. Honorable mentions could include the Pink Star Diamond, which is a heavy stone that can cost up to and over one million dollars per carat, or the Padparadscha Sapphire which is in high demand among collectors.

One thing’s for sure, if you’re just getting started in collecting precious stones: make sure you don’t mistake the synthetic stones for real, quality specimens.

8 Rarest Pokémon Cards In the World

10 Rarest Diseases in the World