Natural gemstones represent the world’s rarest minerals. Despite their reputation, normal diamonds, sapphires, and rubies are valuable purchases but nowhere near as rare as the most exclusive minerals in the world.

In this guide, we break down the rarest minerals in the world, the ones that you can’t buy on a normal human budget, the ones that can change in value by hundreds of thousands of dollars when the hue is slightly altered or the cut of one facet is minimally skewed. These are the gems that are so rare they can only be viewed in a museum, or on the fingers of the richest people on earth.

Here are the 8 rarest minerals in the world: 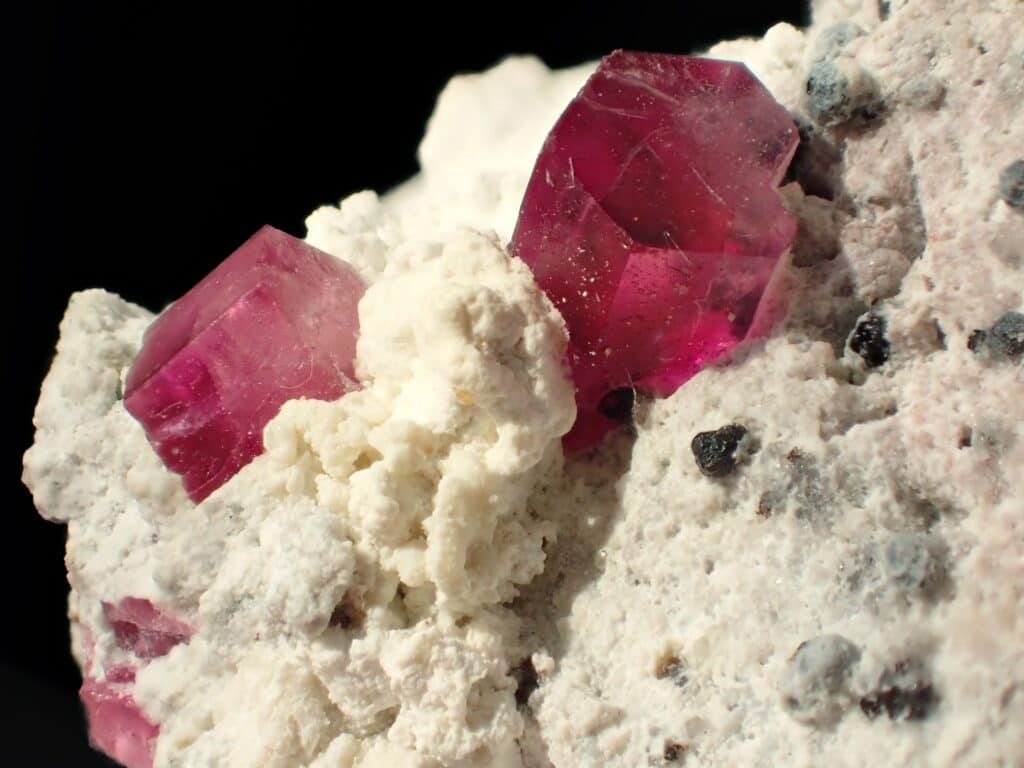 Red beryl is a stone of incredible rarity, related in mineral genealogy to morganite, emerald, and aquamarine. Its red hue makes it even more desirable than its incredible rarity suggests. Red beryl is worth its weight in gold times 1,000 and is highly coveted as jewelry.

The gem-quality red beryl stones can only be sourced naturally from the Wah Wah Mountains in Utah. When these stones are sourced as jewels and faceted to be made into accessories, they are worth as much as $10,000/carat. However, this rarely happens. Nearly all the red beryl that is mined is kept by the mineral collectors who find them.

Red beryl is so rare that quality stones sourced by the Ruby Violet Claims not only fetch the listed amount per carat but are nearly impossible to find. For every 150,000 diamonds mined, miners may find one red beryl crystal. 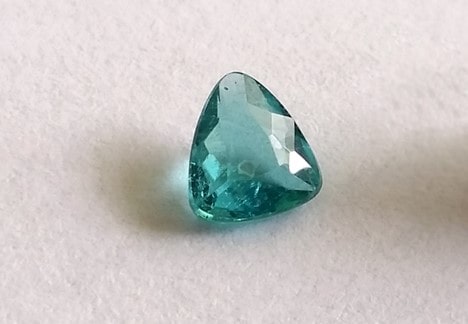 A man named Barbosa (not the pirate captain but with just as much booty) discovered the Paraiba Tourmaline stones in 1989, making this one of the most recently discovered rare minerals. These crystals are known for their vibrant Blue-Green hue. Though primarily sourced from Brazil, they have also been found in Nigeria.

The stones vary widely in hue, from light teal to purplish-blue. However, the rarest Tourmalines are those graded as a perfect sparkling blue-green. They have been valued at $10,000/carat and even more, but gemstone experts believe that this stone will increase rapidly value in the next few decades due to its scarcity.

It may seem strange that two continents should contain the exact conditions necessary to produce a covetously rare stone, but it’s not so surprising when you consider geological history. Brazil in South America and Nigeria in Africa were once connected in a single continent. The common mineralogical elements make sense because they actually have the same history!

Alexandrite is a stone named for Russia’s Second Czar, discovered in the Ural Mountains in the 1830s. It was Count Perovskii who named the stone after Alexander II, though a mineralogist named Nils Gustaf Nordenskiöld first discovered it.

Alexandrite is unique in that it is neither completely green nor red. The stone can vary in color between these hues – the closer to either color a stone is, the more valuable it becomes. The listed price of $15,000/carat is a somewhat misleading average, as depending on the color of the stone and its size, this value can increase or drastically. For instance, Alexandrite stones larger than one carat have been known to sell for $70,000/carat.

The lighting conditions drastically change the apparent color of Alexandrite. In natural daylight, the stone shows in green and teal hues. In incandescent and evening light, it reveals the red, purple, and orange inner facets that measure its color composition. 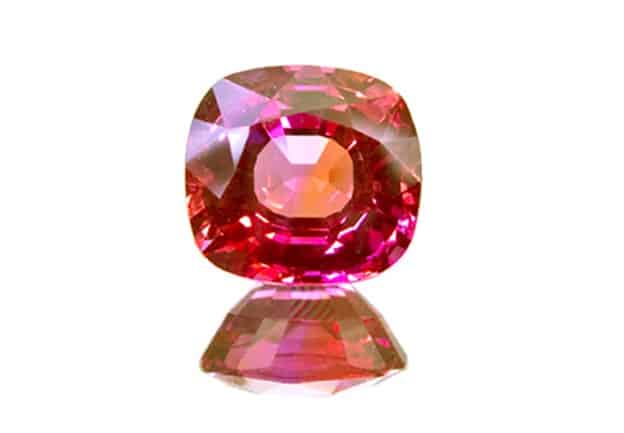 Padparadscha Sapphires are instantly recognizable by their color, which is a coral hue like a mix of orange and pink. Only stones that clearly show this mix of hues receive the distinction of becoming a Padparadscha stone. The clarity and cut of the stones vary, but some have been discovered of awe-inspiring size (see below).

Padparadscha Sapphires are highly sought after as rings, which sell for $30,000/carat just for the stone, and cost even more depending on the stone’s size and the quality of the ring.

The largest Padparadscha Sapphire in the world can be viewed at the American Museum of Natural History in New York. The stone is a staggering 100.18 carats in size 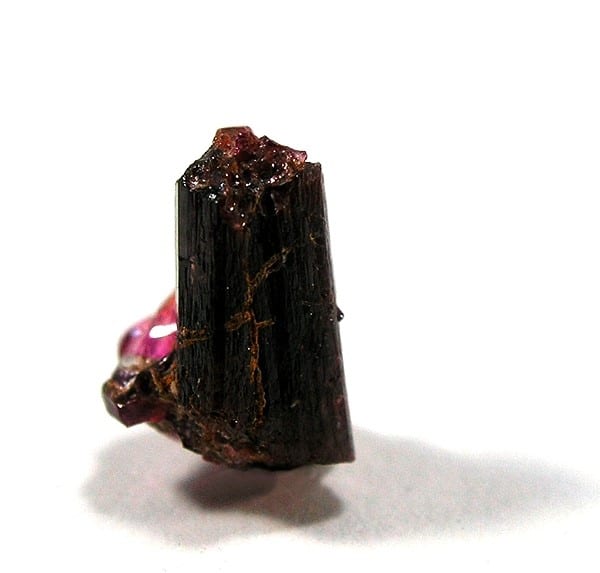 Painite is a borate mineral, which means it has a composition similar to salts but hardened like a silicate. When it was first discovered in the mines of Burma, Arthur C.D. Pain, a British gem dealer, mislabeled the stone as a ruby. Still, he received credit for the discovery, and Painite was named after him.

The most well-known composition of Painite has a reddish-brown hue, which can appear red as a ruby in the right light. The stone sells for anywhere between $50,000 and $60,000 per carat.

In Mogok, a city in the Pyin Oo Lwin District of Burma, the mineral has been rediscovered in many variations. Thousands of new Painite occurrences have recently appeared in this tiny region, which may bring new attention to this rare stone. As of 2004, only two pieces of Painite had ever been fashioned into gems. 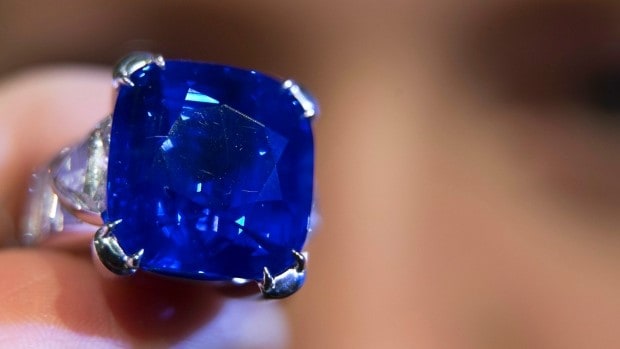 Sapphires are some of the most sought-after rare stones, as much for their name as for their vibrant blue hue. Kashmir sapphires, which are sourced from mines in the Himalaya Mountains along the Zanskar range, are known for their quality. More than that: they are the undisputed kings of sapphire excellence. Sapphire stones as large as summer squash were discovered in these mines by geologists in 1887. Since then, the mines have been all but depleted of their rare haul.

Kashmir sapphires are now exquisitely rare, fetching $100,000 or more per carat if the stone is the right hue and cut. Sapphires from new mines sourced in 1952 bear resemblances to Kashmir Sapphires from the “old mine,” but they are more subject to corrosion and, therefore, lack the flat, beautiful facets of the original stones.

Kashmir Sapphires are some of the most valuable, and most often stolen, minerals in the world, probably due to their instantly recognizable value. The worst instance of this was a Cartier bracelet made from 65.16 carats of Kashmir Sapphire, valued at nearly $2 million, stolen from under the noses of its auction house in 1996. A 60-carat stone suspected of being the same one resurfaced in 2015. 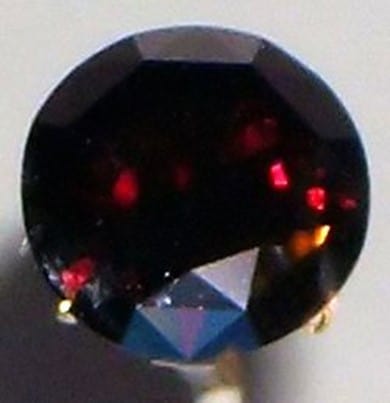 No one knows what turns the red diamonds their vibrant crimson hue, but they are the red queen of diamonds when they are discovered in the Argyle diamond mines of Kimberly, Western Australia. Occasionally, they are also found in Brazil and Russia, though not reliably.

There are variations on the red diamond color purity, from purple-red to orange-red. Each of these can command as much as $400,000/carat. However, the pure red diamonds have them all beat. Not only can they be auctioned for $1,000,000/carat when the vibrant red hue and cut are just right, but nearly every red diamond ever sourced has been less than a carat in size. Owning an entire carat is practically unheard of.

There are several unique colors of diamonds (12 in total), that fetch incredible prices. Rather than list them all, we used the most expensive, the red diamond. However, blue and pink diamonds can also command incredible prices. Pink diamonds particularly have been known to sell for $700,000/carat for well-cut stones. 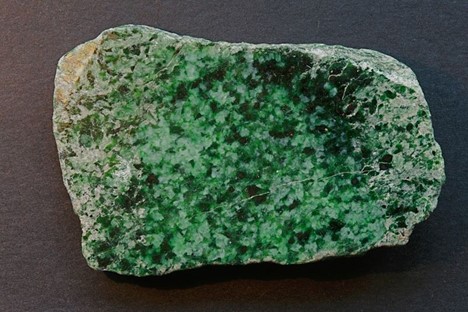 Jadeite can only be sourced from regions that were once buried, encased in metamorphic rock, and subject to incredible pressures of erosion. The largest known source of Jadeite is located in Burma, near Tawmaw, though the stone has also been found in Kotaki and Omi Japan, Guatemala, and even in San Benito Country, California.

Jadeite’s deep green color drives the rarity of this precious stone, which has sold for up to $3,000,000 per carat at auctions. Christie’s reports that in 1999, three of the four most expensive jewels sold at auction were made from jadeite.

The name “jade” and all its related stones comes from the early Spanish explorers of the Americas. Conquistadors in the time of Cortes found jade in the belongings of the natives. The stones’ shape resembled that of a kidney, which resulted in the belief that the stones might treat kidney dysfunction. Naming them, “piedra de hijada” or “stone of the loins,” they brought them back to Europe where they became coveted. The word “hijada” derived the word, “jade.”

The 8 rarest minerals in the world can only be found in one or two places. Some of them are in such short supply that the entire world’s store of usable mineral can fit inside of a dice block. These stones are so coveted by monarchs, wealthy collectors, museums, and gem enthusiasts that their value ranges in the hundreds of thousands and even the millions per carat. For most of us, museums will have to do.