People have been mining for a very long time. In the Stone Age, humans dug up flint to make knives and arrowheads. Later, after the year 3000 B.C., silver started being unearthed.

Humans got better at mining as the years went on. The California gold rush of the 1800s led to even more effective mining practices and machines, as did the growing demand for things like coal and copper. These changes supported mining for gemstones rather than more practical materials like flint, leading to the gemstone market we have today.

In the modern world, gemstones are regularly sold for thousands of dollars. However, some gemstones can cost millions.

Here are the top 10 most expensive gemstones ever sold. 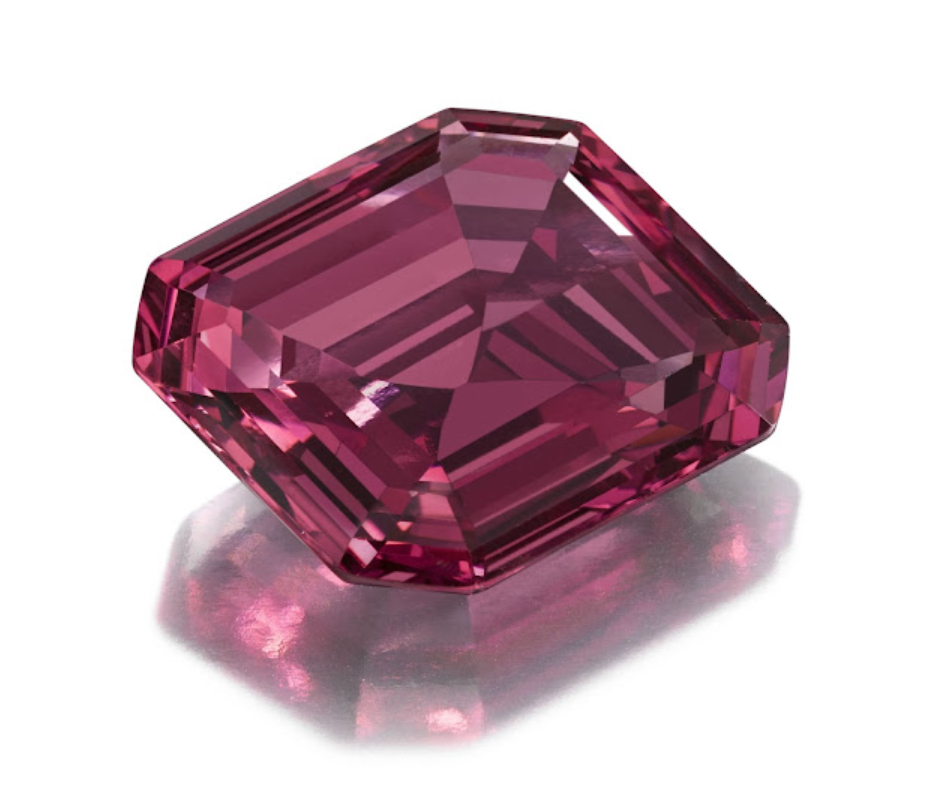 The Hope Spinel was owned by a banker named Henry Philip Hope. Henry had a collection of around 700 gems before his death in 1839. Before 2015, it had been 98 years since part of Henry’s collection was put up for sale.

If the Hope Spinel itself wasn’t enough, this gemstone was set among rose-cut diamond claws and framed by larger brilliant-cut diamonds equalling 6.5 carats.

This gemstone was auctioned by Bonhams auction house. In 2012, before the Hope Spinel, Bonhams sold an 18-carat stone set in an art deco-inspired ring for more than $70,000. 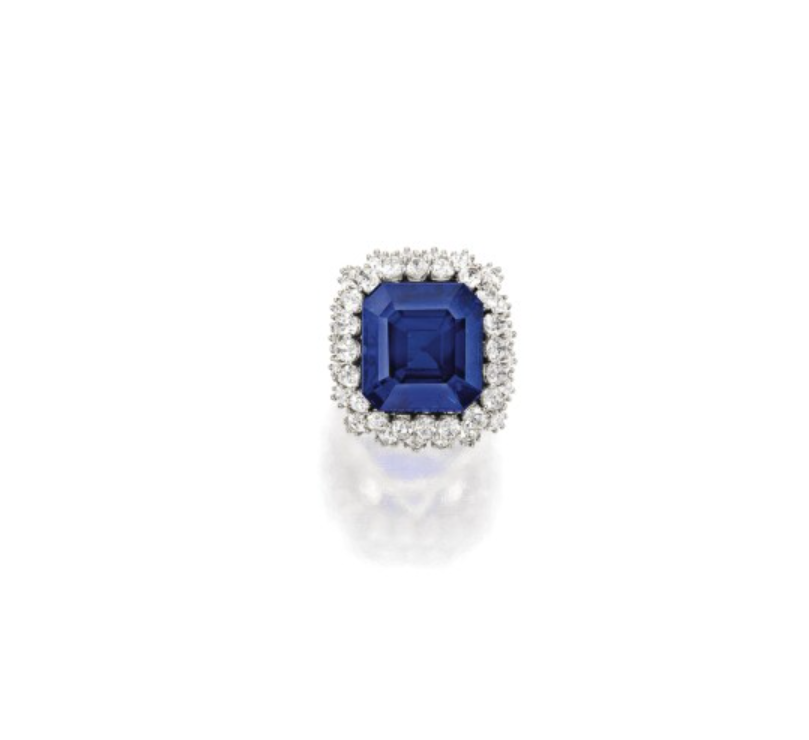 The Jewel of Kashmir is a $6.7 million sapphire surrounded by pear-shaped diamonds. The incredibly expensive gem was sold in 2015 by Sotheby’s auction house. According to Sotheby’s, the gem is completely natural and reportedly comes from Kashmir, a region near India.

Interestingly, sapphires from Kashmir are incredibly rare. Important sapphire mines in the region were depleted by the late 1800s, so it’s become essentially impossible to unearth more of these precious stones in the area. 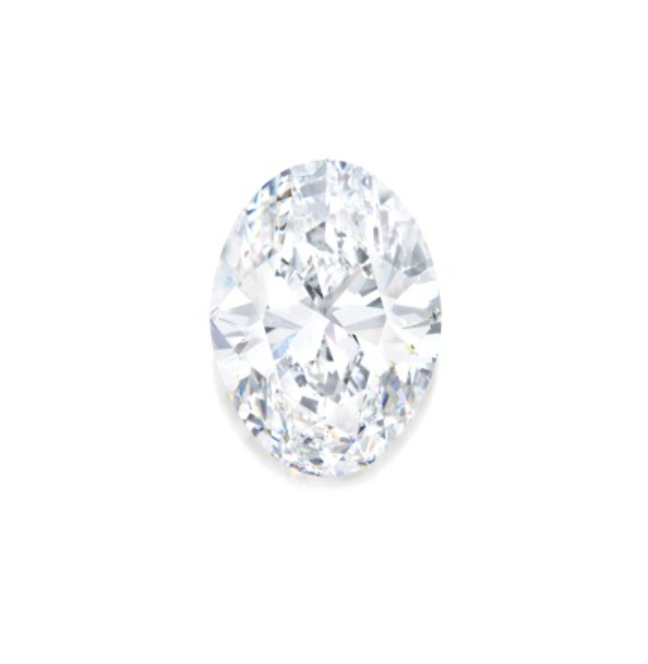 Very little is known about this impressive gemstone, but we do know it sold for about $13.8 million in an auction run by Sotheby’s. The impressive diamond surpassed its estimated sale price of about $12.8 million and comes in at over 88 carats.

Interestingly, this diamond is unmounted, meaning it hasn’t been set in a ring or other wearable jewelry. This is also referred to as a “loose diamond.”

Although Sotheby’s didn’t report who purchased this diamond, the sale evidently involved a buyer from Hong Kong.

This diamond features an oval cut. This is considered a modern combination of the more traditional pear shape and round brilliant cutting styles. 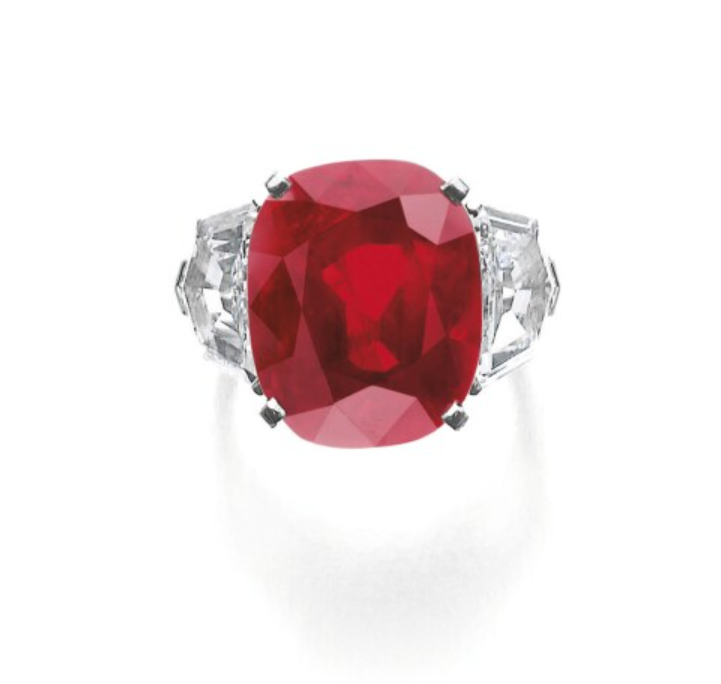 This is yet another expensive gemstone sold by Sotheby’s. This time it’s a rare ruby weighing over 25 carats. Like other gems on this list, this rare ruby is complemented by diamonds.

Interestingly, rubies of this size are very hard to find. This is reportedly due to the geographic conditions required for rubies to develop.

Although some might just call it red, this ruby is typically referred to as “pigeon blood red” by gem experts. The stone gets that coloring from “well-balanced” trace elements. These elements include chromium, a hard metal that actually appears steel-gray on its own.

The diamonds on either side of this ruby are marked by Cartier, a luxury jewelry maker. 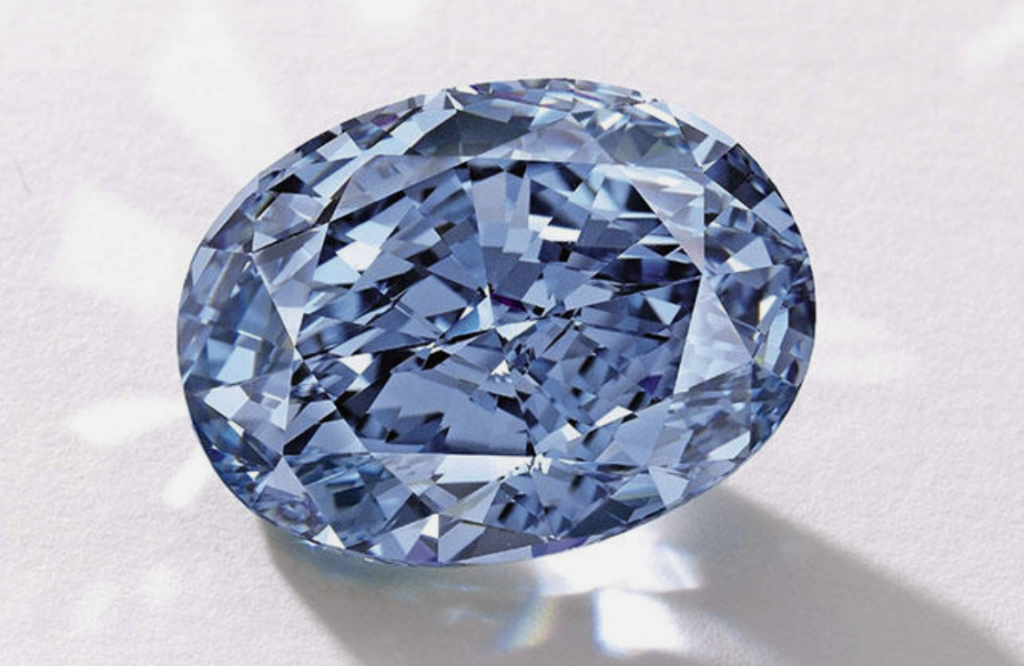 10-carat gems are always expensive, but they don’t often get this expensive. The De Beer Millennium series was a set of 12 diamonds created to mark the year 2000. This specific diamond was number four of that set.

Although it’s not the most expensive gemstone ever sold, this stunning diamond is the most expensive jewel ever sold at auction in all of Asia. The previous record belonged to a 118.28-carat D flawless diamond that sold for $30.6 million in late 2013.

Although the buyer was anonymous, one report speculates that this diamond could have caught the interest of Joseph Lau, a billionaire who purchased a 16.08-carat diamond for his daughter in 2015. Amazingly, that diamond cost $28.5 million. 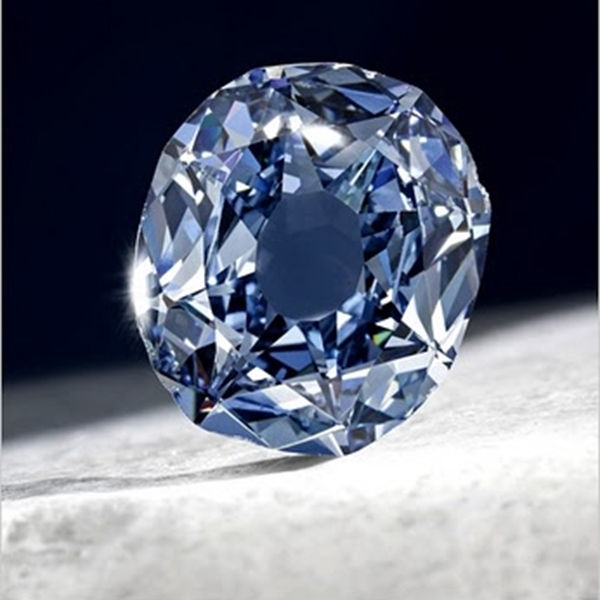 The first person to own this gem was Harry Winston, a jeweler who collected precious stones. Harry kept this diamond in his private collection for over 60 years.

Eventually, a man named Laurence Graff purchased the gem for $46 million in 2010. Graff is a diamond collector known as the King of Bling.

The Graff Pink Diamond might be extremely expensive, but some people seem to think the gem’s beauty is worth it. As one fan put it, “its beauty has haunted me since the very first time I set eyes on it some years ago.” 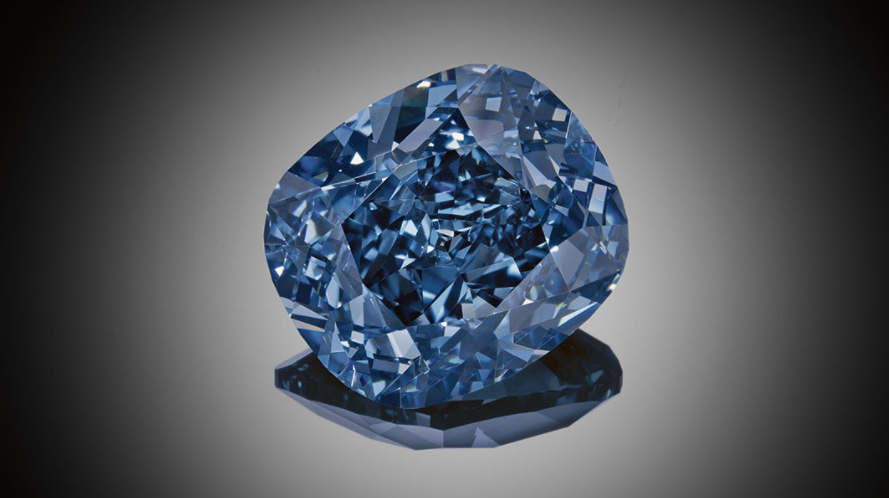 Remember Joseph Lau? That billionaire who purchased a $28 million diamond for his daughter? Apparently that wasn’t enough for the 7-year-old. Just a day after his multi-million-dollar purchase, Joseph Lau bought a $48.4 million, 12.03-carat gem called Blue Moon. Joseph went on to title it The Blue Moon of Josephine in honor of his child.

According to a report, Lau’s spokeswoman formally confirmed these extravagant purchases.

This gemstone is expensive by any count, but Joseph Lau could definitely afford it. According to Forbes, Lau is worth about $13.5 billion — that’s enough money to give each person on the planet about $1.50. 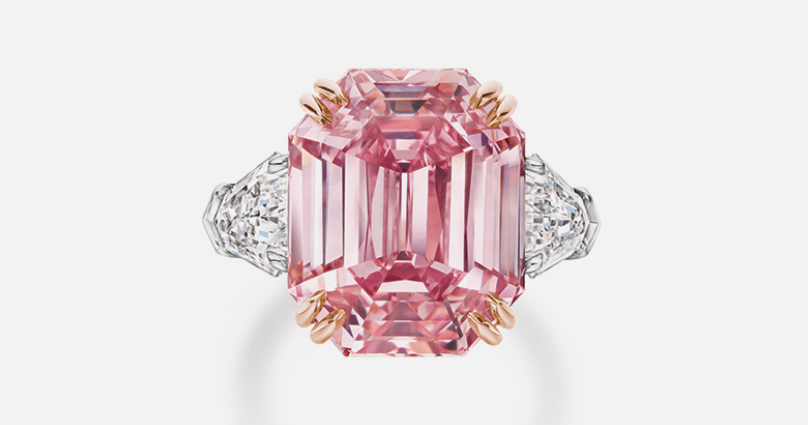 The Pink Legacy is a stunning, 18.96-carat diamond owned by coloredHarry Winston (a luxury jewelry company). The ultra-expensive rock fetched more than $50 million when Christie’s auction house put it up for sale in November 2018.

Despite how much money the company spent on this diamond, Harry Winston was reportedly “open to offers” on the Pink Legacy as of early 2021.

The Pink Legacy is called a “fancy vivid pink” diamond. Interestingly, that title is actually very technical in the world of jewelry. “Fancy” refers to the diamond’s rare set of characteristics, including its rich color.

Price: $58 million
Year Sold: 2016
Number of Carats: 14.62
Interesting Fact: This was the largest diamond of its kind to appear at auction 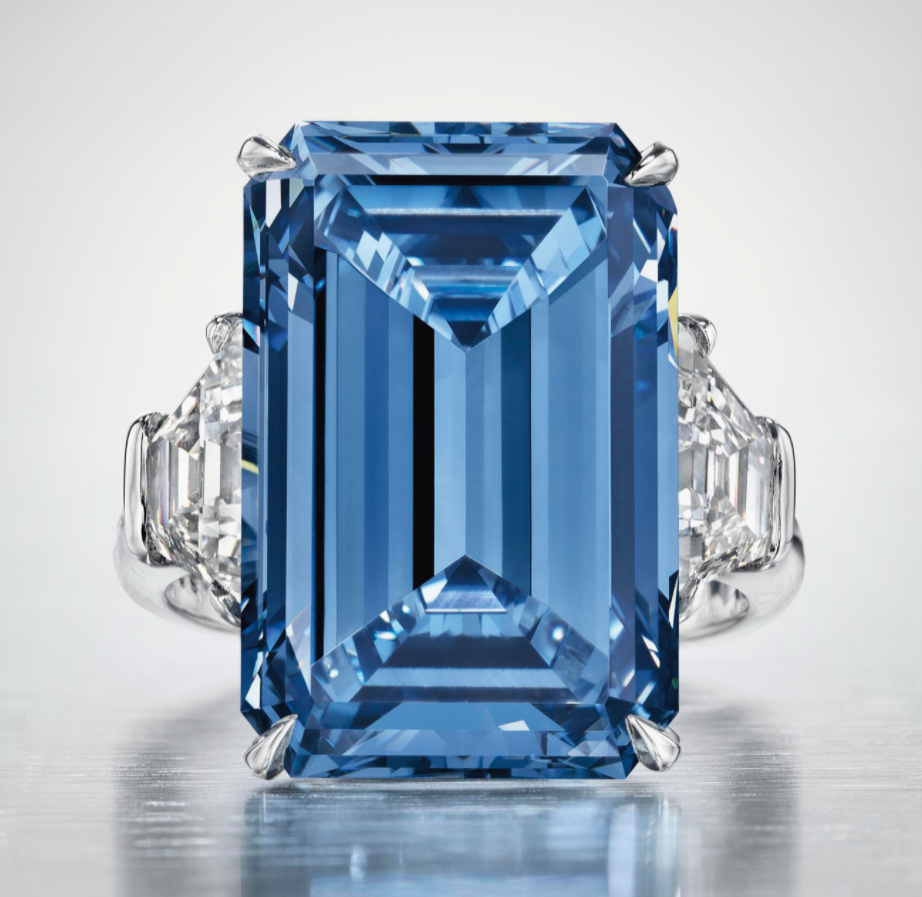 The Oppenheimer Blue is the second-most expensive gemstone ever sold and the largest diamond of its kind to ever go up for sale at auction. The incredible 14.62-carat diamond earned a final bid of $58 million in 2016.

Interestingly, the bidding process for this rock lasted more than 20 minutes. Someone in the room during the auction said, “It seemed that for those 20 minutes the diamond belonged to everyone as they cheered each bid the stone received.”

The Oppenheimer Blue was named after one of its former owners, Sir Philip Oppenheimer. Sir Philip was part of the family that owned De Beers Mining Company, the same company behind the Millenium series. 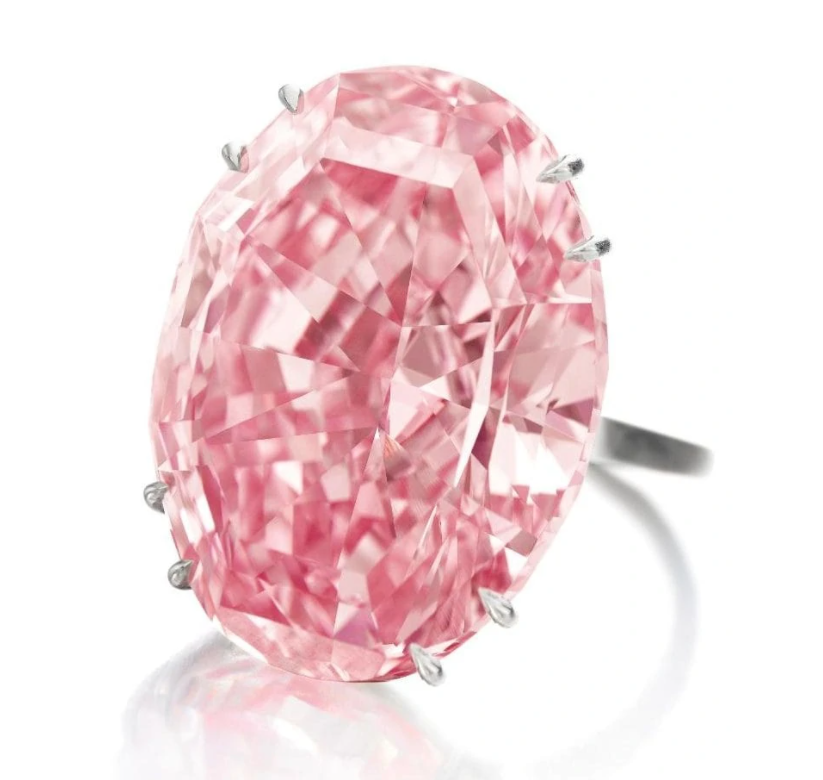 The Pink Star is the most expensive gemstone ever sold.

With a price tag of more than $71 million, the Pink Star is by far the most expensive precious rock ever sold. The incredibly expensive stone came in at 59.60 carats, making it the largest internally flawless diamond of its kind ever graded by the Gemological Institute of America (GIA).

The Pink Star was just one more in a long line of expensive gemstones sold by Sotheby’s auction house. As one Sotheby’s representative put it, “[there is] unprecedented demand for the finest in colored diamonds.”

This insanely expensive gemstone was mined by De Beers Mining Company in 1999. The original, uncut diamond came in at 132.5 carats before being cut down to the Pink Star’s impressive 59.60.

It took De Beers two years to cut and polish the Pink Star.