There’s an old saying that goes something like this: Everything is bigger in Japan. From its people to the buildings, cities, and even its drinking culture. Once a rather niche drink, Japanese whiskey is fast becoming one of the most sought-after spirits in the world. The growing popularity of Japanese whiskey is also reflected in its price, with the cost of premium bottles shooting through the roof over the last few years.

The Japanese really take their alcohol seriously, and you don’t have to look any further than the booming whiskey production industry to see proof of this claim. Curious as to know which are the most expensive whiskeys made in Japan? Keep reading as we explore these top 9 most expensive Japanese whiskeys in the world. 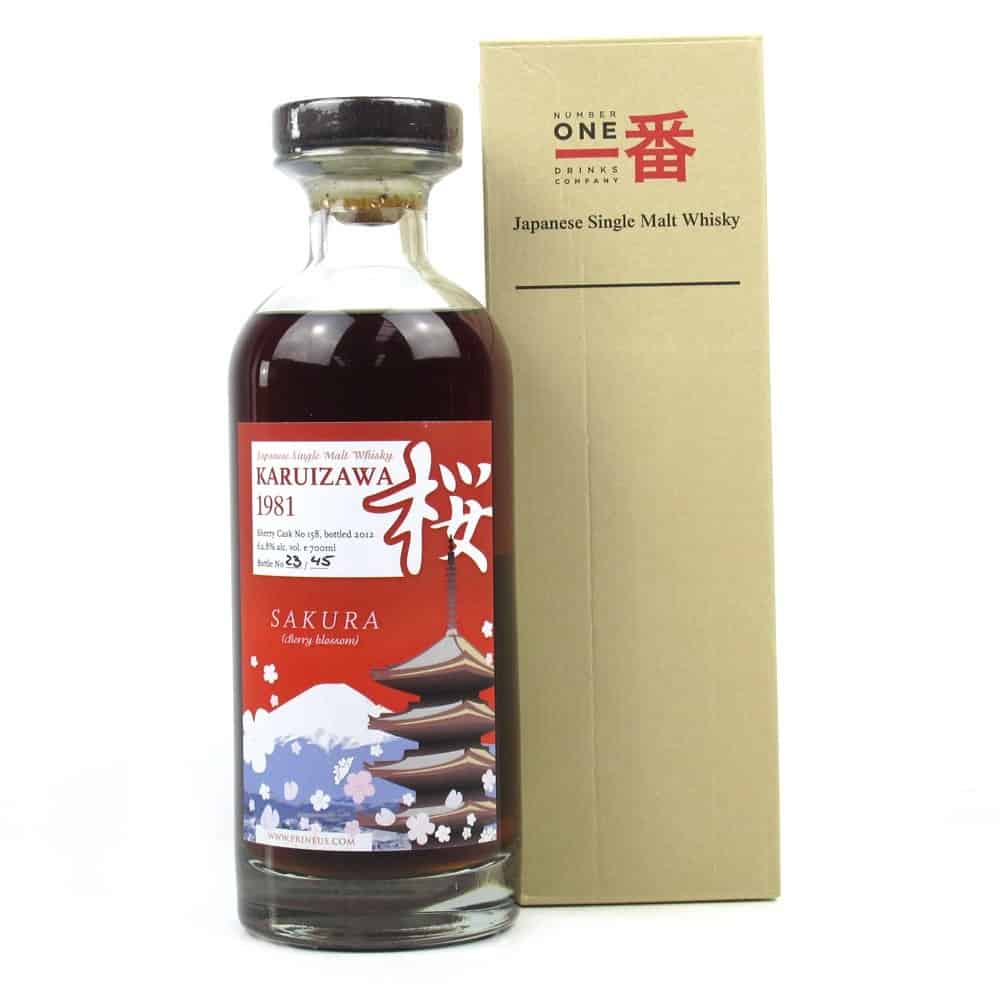 This Japanese whisky is unquestionably one of the Holy Grail of whiskies. According to Bloomberg, this bottle is one of the most sought-after collectibles, and it maintains its worth mostly because of the flavors trapped inside the bottle and the general intrigue around it.

Karuizawa Sakura Cask is something that you can’t easily buy at a cheap price since the prices of its bottles are steadily rising as well as fetching astronomical amounts on the secondary market. One of the most uncommon bottles of Karuizawa ever made is this one. It was produced in a single sherry cask in 1981 and released in 2012.

Even if you may be tempted to open it and serve it on a special occasion, it should go without saying that this is a bottle you’ll want to possess.

There were only ever 45 bottles distributed. 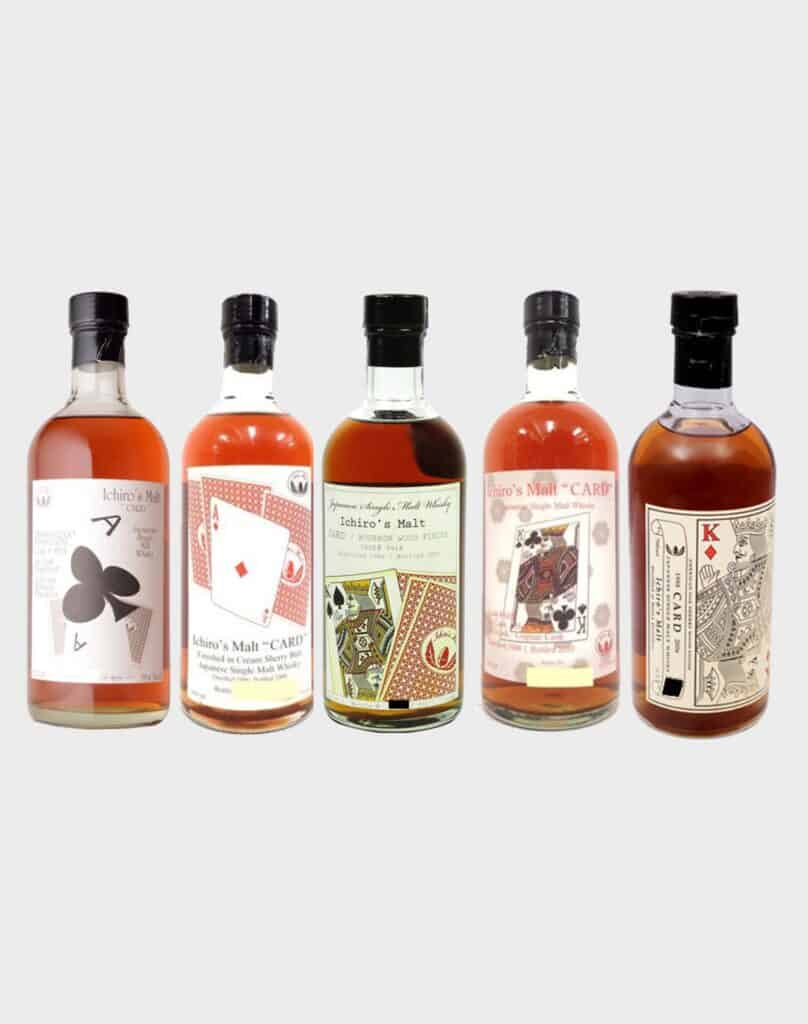 There are incredibly few intact bottles from the Hanyu Distillery. There is no exemption with the Ichiro’s Malt playing card line. The entire collection includes from King of Diamonds to Ace of Clubs, with a total of five. Of course, the most desirable cards in the series are the aces.

All of these bottles are extremely uncommon vintage ones filled with robustly flavorful whiskey that will appeal to any palate. This is because it’s a very rare and collectible set. If you are looking for an investment-grade whiskey, this is it.

For those who want to try something different and don’t mind paying a premium price, Ichiro’s Malt Series Set (Kings & Clubs) would be a great option.

It’s estimated that a total of $500,000 is the amount for the complete series. 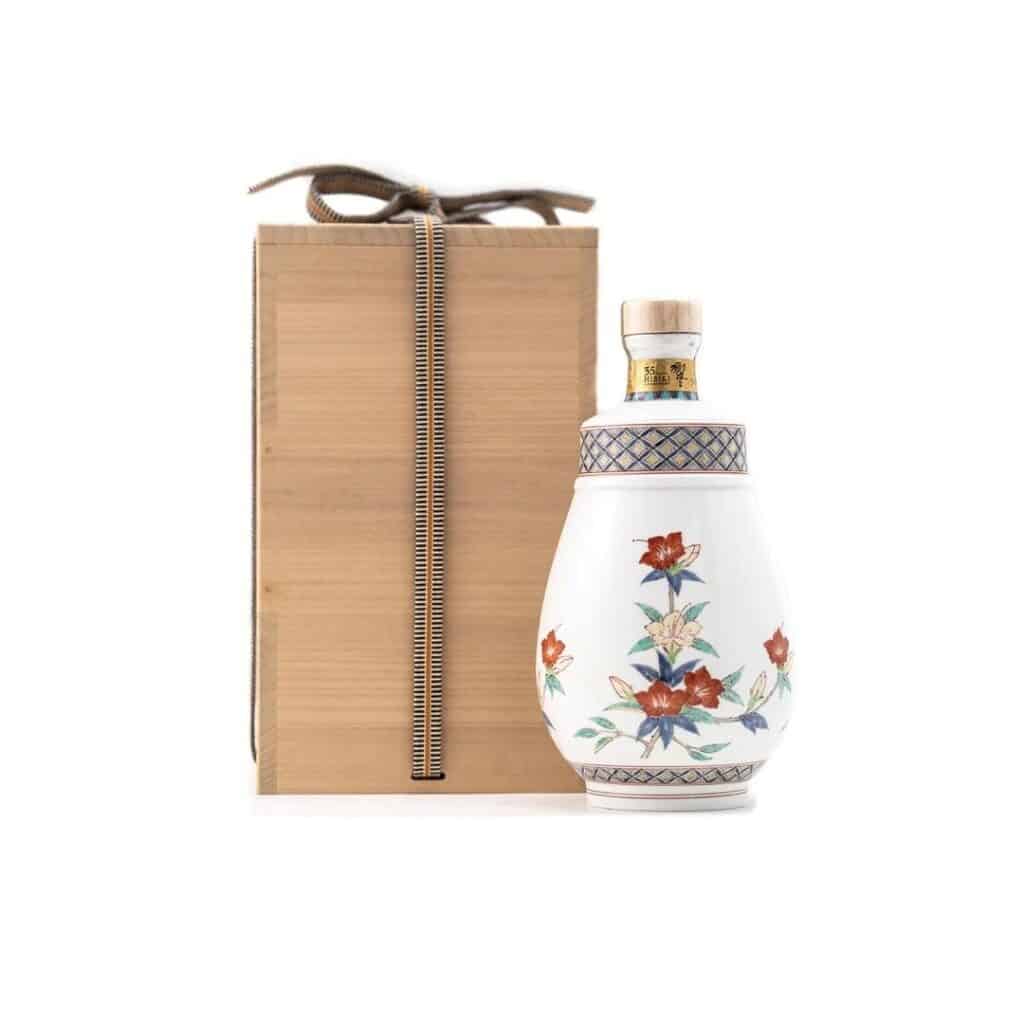 This bourbon is made by Suntory, the oldest whiskey-making company currently in operation. This particular bottle is a restricted release and is one of their most sought-after bottles ever produced.

Whiskey lovers and others who value the fine art of owning gorgeous, rare bottles would be drawn to someone who found one of these bottles and displayed it as part of their collection. The decanter was created by master craftsman Yoshinori Sakaida in Kyoto, Japan, to commemorate his 40th year as a glassmaker who also studies Buddhist books on Shintoism and Zen Buddhism.

The aforementioned design is inspired by kagura, a style of ceremonial theatrical performed during festivals that involves dancing females donning elaborate costumes and having bells fastened to their ankles. 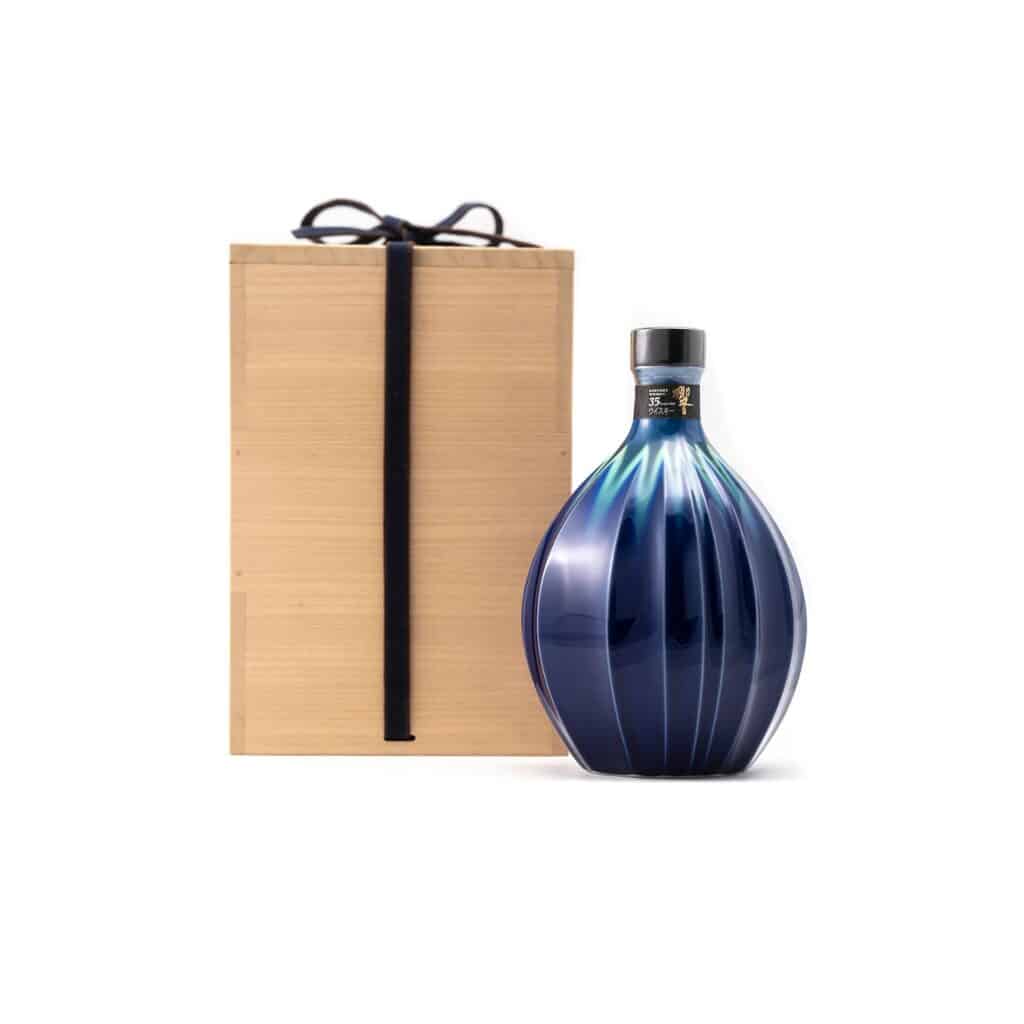 The bottle is as amazing as the exquisite artwork it contains. Collectors hunt for these bottles, so anyone intending to buy a Suntory Hibiki (Tokuda Yasokichi III) had better have their patience. The ordering procedure is drawn out. The bottles are shipped in a personalized wooden case a few weeks after the purchase is received.

It contains whiskey of the highest caliber, and it does not let you down. This limited edition is very lavish and good luck for whisky enthusiasts; it was created especially for Suntory’s Hibiki by Tokuda Yasokichi III. The Yosai “Hekiyo” edition bottle was created and designed by Tokuda.

Only 150 of these bottles were made, and they are difficult to locate. 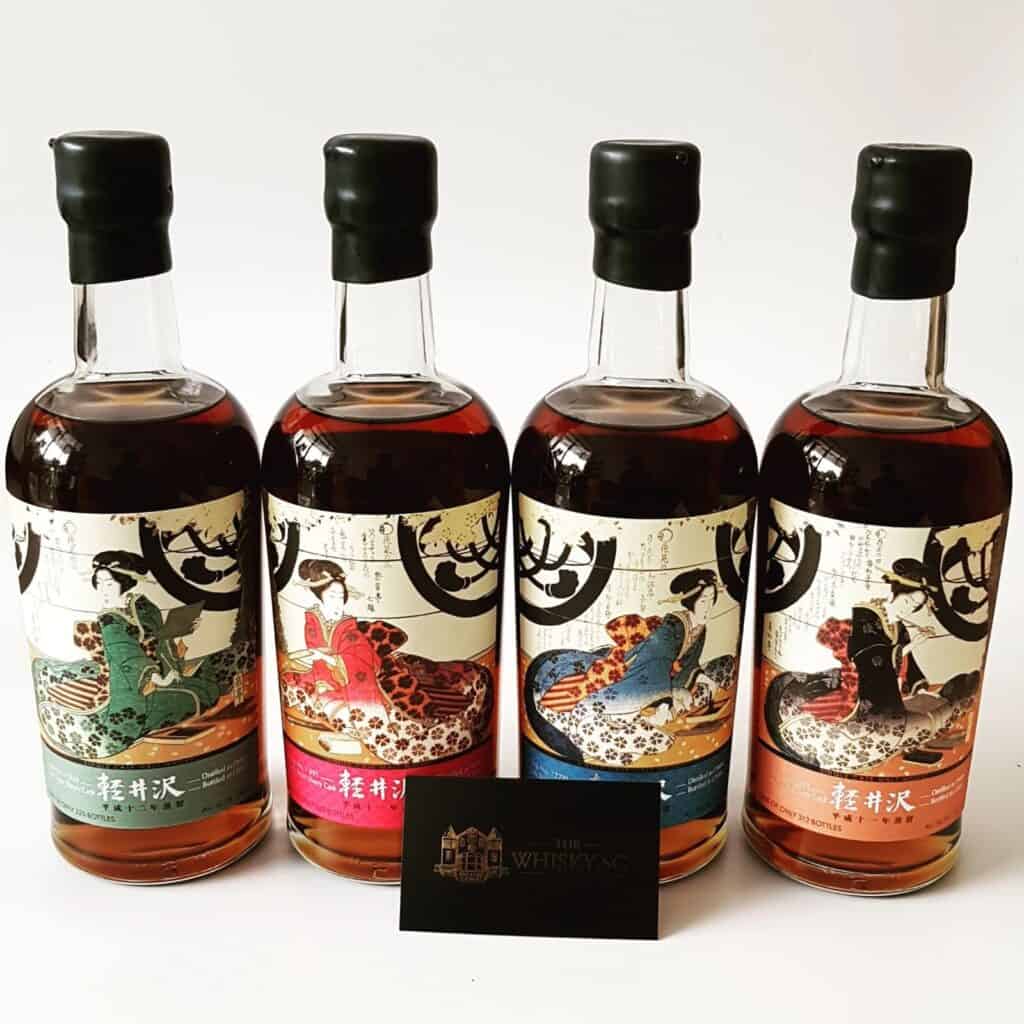 A bottle of Karuizawa whiskey is the best thing ever. A selection of their variously flavored whiskeys is available, but that is about it. It might be best to merely hang tight, no matter how alluring it is to buy this and immediately start savoring the whiskey’s seductive flavors.

You should maintain this in its current condition, according to collectors, as its worth will increase over time. Although it may be challenging to resist consuming it, this seems to hold true as a powerful, desirable investment if left alone.

The Karuizawa Geisha series was developed by Mercian Corporation, a legendary Japanese distillery, which closed in 2001 and was later demolished in 2016, and the talent, beauty, and tradition of the geisha. 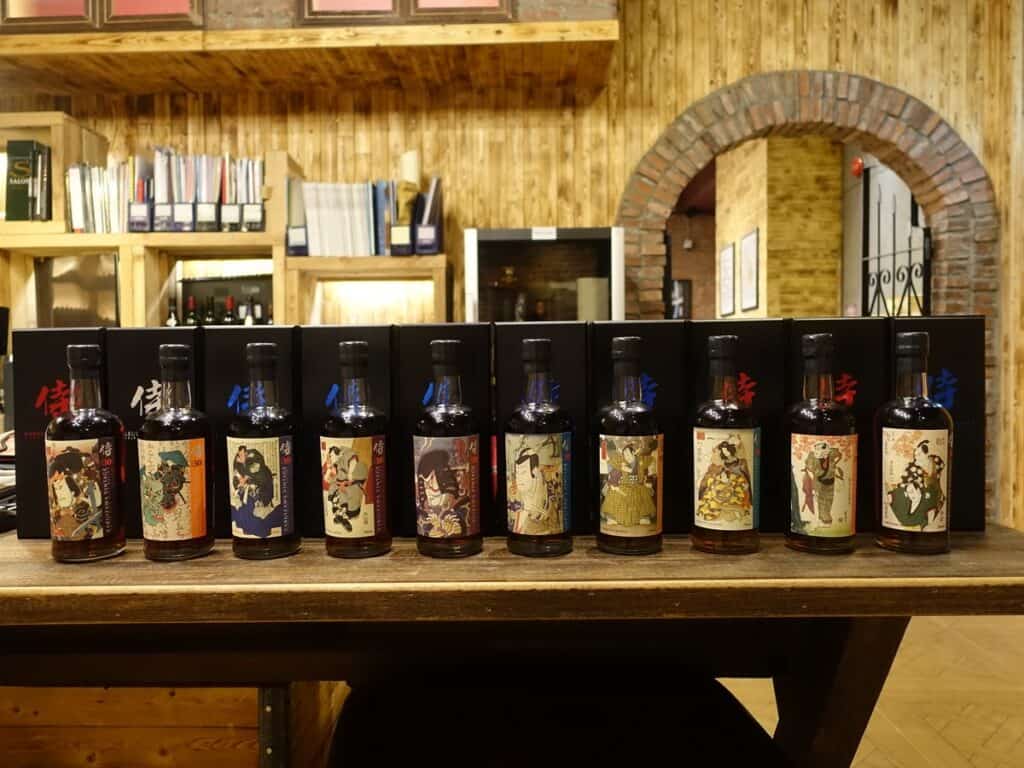 The Karuizawa Samurai 1-10 does not come definitely at a cheap price, but customers can rest easy knowing that they are genuinely getting something of historical worth when they purchase it. Whiskey enthusiasts will be happy to know that they may indulge one of Japan’s most sought-after whiskey collection series for the astronomical price of $96,4999.

One of the reasons why there are so many kinds of whiskey on the market today like this one-of-a-kind conllection set is because Japanese people have long been recognized for loving whiskey.

An exquisite, custom-made collection rack is included with this purchase. 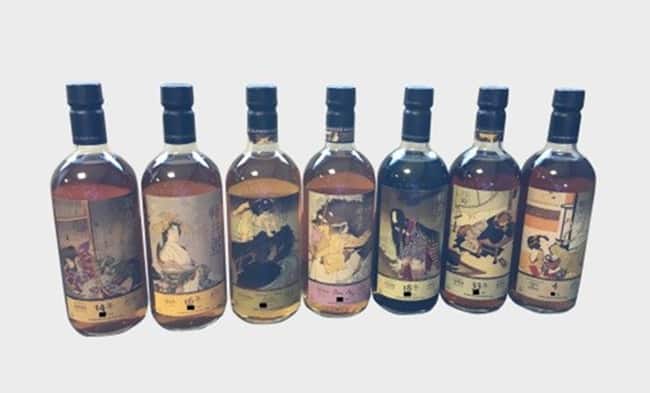 Just picture placing an order for 7 extremely costly bottles of Japanese whiskey, receiving them without a box, and being charged $111,500 for them. So, if you want to order this Karuizawa 7-bottle series, you’ll have to fork up exactly that much cash and wait up to 10 days for delivery.

In 1955, Mount Asama saw the founding of the Karuizawa Distillery. Even the air where this whiskey is produced is distinctive. Given the high value of Japanese whisky as a collectible, this is a challenging undertaking. Immediately try this out if you can get your hands on it.

The tallest distillery in Japan is situated 850 meters above sea level on an active volcano. 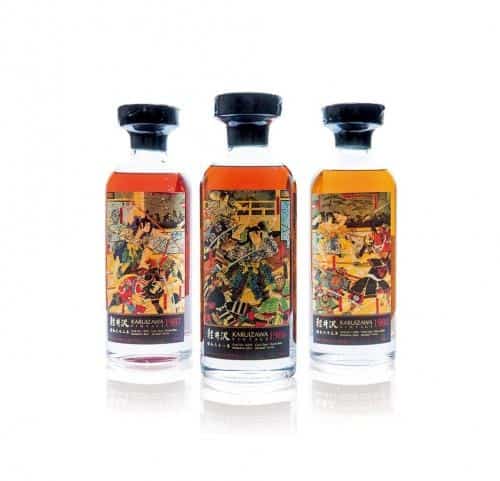 The whiskies made in Japan are known to be of exceptional quality; many of them have even won recognition on a global scale. People all over the world are raving about the Karuizawa Whiskes’ exquisite flavors since they have gained international attention. There were just 212 bottles of Karuizawa Vintage Fight Club Set ever produced, which costs $220,000 per three bottles.

With such a limited supply, this Japanese whiskey brand is highly sought after by collectors. The set includes three different bottles: Karuizawa 1965, 1980 and 1989. Each bottle has been aged for at least 35 years to allow the flavors to mature and develop into something truly remarkable.

The bottle is a limited edition, and it’s only available in Japan. 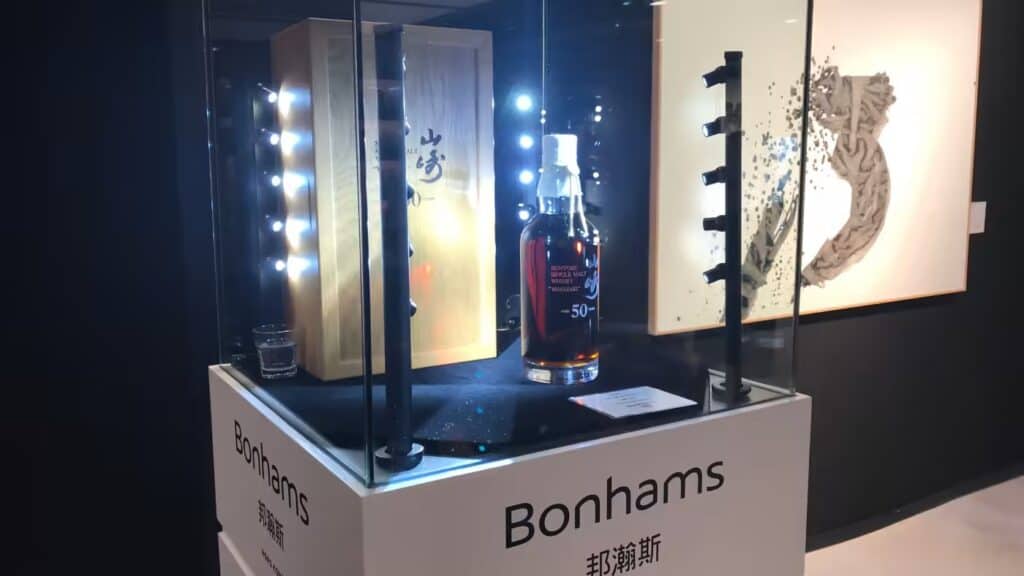 A bottle of Yamazaki Single Malt Whisky sold for $843,661, making it the most expensive Japanese whiskey ever.

The sale of this bottle broke all previous records since it is so pricey. According to Complex, Bonham’s held an auction where this bottle was sold. Most people could never have imagined having a bottle like this in their collection.

The exceptional red berry flavors in this single malt from the Yamazaki distillery come from the whisky’s maturation in Sherry and Bordeaux wine casks. It also contains malt that has been aged in Mizunara casks, which adds delicate, fragrant oak aromas.

Collectors are in a frenzy for a taste of this bottle because only 150 of them are released each year.

7 Most Expensive Air Fryers You Can Buy