What Is The 1970 Kennedy Half Dollar Made Of?

The only Kennedy half designed for circulation that contained any silver at all was the 1970 Kennedy Half Dollar, the last of the regular-strike silver-clad half dollars. Collectors were surprised by its debut because only mint sets were available that year.

Since the United States Mint didn’t make this information widely known, it was too late for collectors to place an order for the brand-new collectable half dollar.

The US Mint sculptors Gilroy Roberts and Frank Gasparro were chosen to execute the work when Congress approved the production of a new half-dollar design to honor John F. Kennedy. Kennedy and the country he served were honored in the final design. The Kennedy half dollar, which is still in circulation today, was first produced in 1964.

John F. Kennedy is depicted in a bust on the coin’s obverse. “LIBERTY” is written along the top, while “IN GOD WE TRUST” is written at the bottom. At the bottom, in the center, is the mintage date.

On its chest, the American bald eagle’s coat of arms is visible, and its wings are extended widely. The eagle’s talons are holding a collection of arrows and an olive branch. The coin’s top is centered with “UNITED STATES OF AMERICA,” while its bottom is centered with “HALF DOLLAR.”

In 1970, the Vietnam War was in full force. Student strikes forced the closure of university campuses, while millions of Americans participated in violent protests at home. Four protesters were shot and killed by National Guard personnel at Kent State University in Ohio.

Is The 1970 Kennedy Half Dollar Silver?

Kennedy half dollars struck in 1970 contain 4.600 grams, or.1479 troy ounces, of.999 pure silver, making them 40% silver. It’s worth noting that this was the last year that Kennedy Half Dollars (outside any special strikes) contained silver.

If the currency was struck in 1969, you can be sure that it contains silver because every Kennedy dollar made in 1970 contains 40% silver. If you really want to be certain, try gazing at the edge of the coin. The cladding on the coin is likely to have worn away and exposed any basic metal underneath because here is where it experiences the most wear.

If copper is present, a reddish-brown streak will be visible on the coin. Instead, you may tell that your Kennedy half dollar is made of silver if you can plainly see a silver stripe.

1970 Kennedy Half Dollar Rarities And Varieties 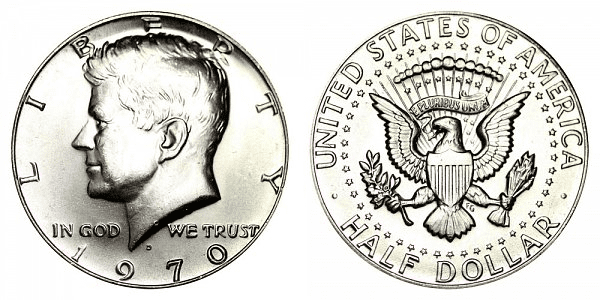 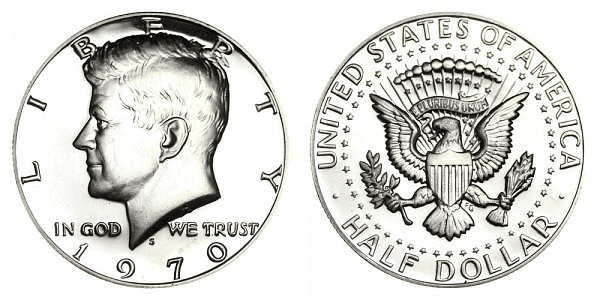 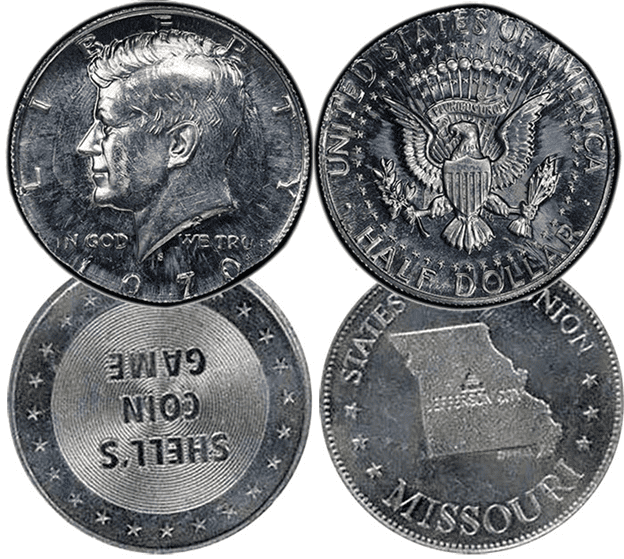 This stunning Proof big mint mistake is remarkable. It is a double-struck 1970 Kennedy half dollar on an aluminum Shell Gas token from the San Francisco Mint. As a marketing tool for their gas stations, the Shell Oil Company published a State of the Union coin game booklet in 1969 and 1970. People who gathered all 50 of these state-specific aluminum tokens won rewards.

The US Mint did not produce any aluminum coins for general use. Three of these aluminum Shell tokens were either intentionally stolen in or mixed up in a bin of blank planchets. Additionally, they were either removed from the Mint or showed up in sealed Proof Sets where a fortunate collector found them. Only three of these error coins are currently known to exist.

How Much Is A 1970 Kennedy Half Dollar Worth Today?

In circulated condition, this coin is worth at least its weight in silver. The silver melt value of this coin is $2.69 as of September 7, 2022. This melt value is calculated using the current spot silver price of $18.20 per ounce. Listed below are the average values for the Kennedy Half Dollar, dependent on grade.

Where To Buy 1970 Kennedy Half Dollar?

The majority of specimens of 1970 Half Dollars are available for purchase and trade on online markets due to the extremely small number of rare or exceptional pieces discovered in this mintage year. You should only think about going to specialty stores, auctions, or dealers like Heritage Auctions if you believe your coin has remarkable qualities.

Check your coin for mint errors such as double-dies, planchet errors, clipping, and so on.

If you’re unsure ask queries on coin collecting forums like the U.S. Coin Forum  if you’re unsure of the rarity of your 1969 half dollar. It is recommended to use services like PCGS to grade your coin.

Yes, the 1970 Kennedy half dollar represents the last year when the half dollar contained silver.

The business strike (D-mint) was one of the lowest mint numbers seen in the Kennedy Half Dollars’ production. Because of this, 1970-D half dollars are a little more scarce than their counterparts from other years.

Where is the mint mark of 1970 Kennedy half dollar?

The mint mark on a Kennedy half dollar is found below president Kennedy’s neck on the obverse side of the coin.