Mint error coins have always fascinated the numismatics around the world. Their rarity and uniqueness boost their value among the collectors. An error coin can be caused by equipment malfunction during the process of minting. It can also happen due to unintentional human intervention or simply by accident.

Sometimes these errors are so minute that only a trained eye can see the differences. However, some other coins may have glaring errors that anyone can detect with a bare eye.

Here we list 8 of the rarest mint error coins that have ever been distributed in the US. 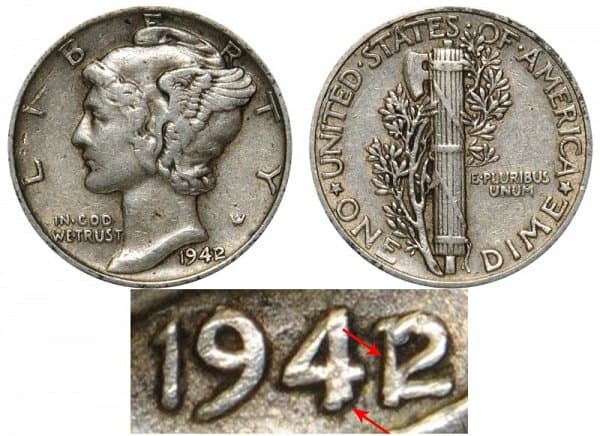 It is an example of a die error coin. In this coin, two different dates got overlapped due to an error in the die preparation process. It is one of the most prominent errors in all the coins ever produced by the US Mint.

When changing the obverse die for this coin, the last digit of the previous year’s date was not fully removed. As a result, in the minted coins, you can see both the digit 1 and 2 (of 1941 and 1942). This error is commonly known as an overdate error.

Interestingly, the same error can be seen in the 1942 mercury dimes produced in Denver as well as Philadelphia Mints. 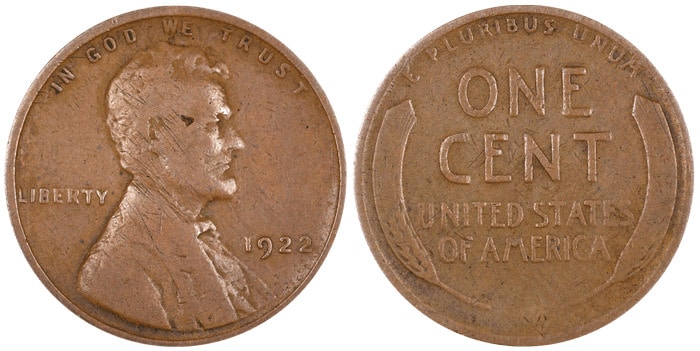 No 1922 Lincoln pennies were minted in the Philadelphia mint (where the coins would not receive a mintmark). All of them were minted in Denver mint and should have a D mintmark on the obverse side. However, due to the use of a heavily worn die, the D mint mark was weak in some coins. In some other rare cases, the mintmark was completely missing.

Moreover, on the obverse of the coin, the last ‘2’ is more prominent than the rest of the date, and the word ‘Trust’ is clearer than other words in the motto “IN GOD WE TRUST.”

The USA Coin Book estimates the average value of NO D mintmark Lincoln penny is about $847 when it is in good condition. The price for uncirculated mint condition coins can be $30,724 or even more.

Many counterfeits of 1922 Lincoln cents of No D variety are out there in the market. Frauds remove the D from a regular coin to make it appear like the No D version. You can distinguish them from genuine ones by looking at the details. A No D variety will typically have weak details due to the striking error. 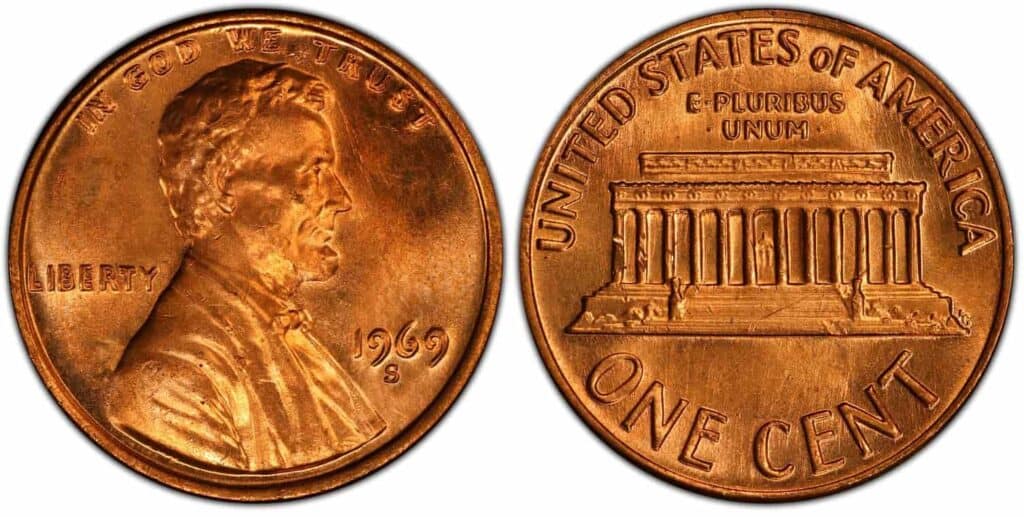 It is estimated that there are only about 40 to 50 specimens of 1969-S Lincoln penny-doubled die coins that survive today. Experts at the Professional Coin Grading Service (PCGS) stated they could track only about 30 known examples of this rare coin.

The doubling on this coin is very dramatic and can be seen on the date and obverse lettering. It is more prominent in the inscriptions ‘IN GOD WE TRUST’ and ‘LIBERTY’.

The 1969-S double die Lincoln cent first surfaced in 1970. Around the same time, a pair of scammers began circulating counterfeit 1969 double die cents. Thus, initially, the Secret Service would confiscate all the specimens of this coin, including the genuine ones. Later, the US Treasury Department returned the specimens to their original owners. However, some of the genuine 1969-S double died Lincoln penny was already destroyed by the US Treasury Department. 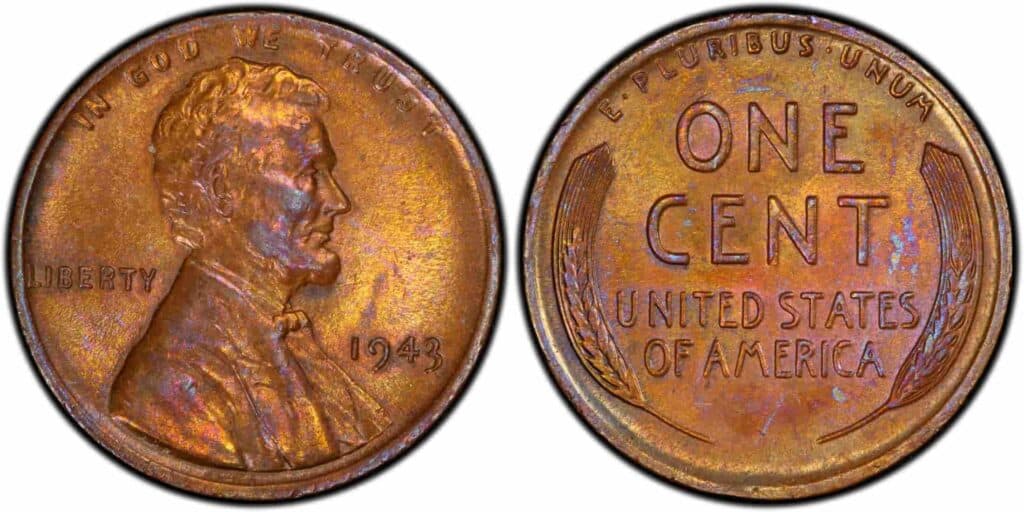 1943 Copper Lincoln Cent is the most valuable mint error coin ever produced in the US.

During World War II, in an effort to conserve copper and tin for arms, the US Mint switched to other metals for making coins. As part of this effort, in 1943, the Mint produced steel pennies coated with zinc.

Over a billion steel cents were released that year. However, only a very small number of copper pennies were also made. It is believed that some copper planchets had been left in the hopper and struck by mistake.

The exact number of how many of these error coins were issued is not known. The US Mint estimates it to be around 40. The existence of 27 specimens of 1943 copper penny could be confirmed so far.

The US Mint made the same mistake while switching from steel to copper in the following year. The 1944 steel pennies are thus extremely rare and can be as expensive as $75,000 or more. 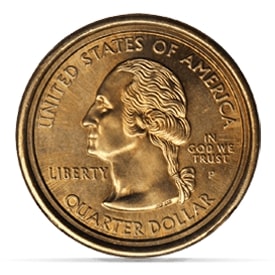 Mule coins contain the obverse die of one coin and the reverse die of another. It is one of the most interesting and strangest kinds of error that coins can have. Usually, mule coins are made deliberately to encourage collectors. However, the 2000P- Sacagawea dollar mule coin was a genuine error.

It is the second authentic mule coin in the history of the US that was released for circulation. This mule coin is struck on a gold-colored dollar coin planchet. The obverse of the coin is of Washington quarter, and the reverse features the Sacagawea dollar.

Among the 19 known examples of this error coin, 16 are owned by a single person named Tommy Bollack. 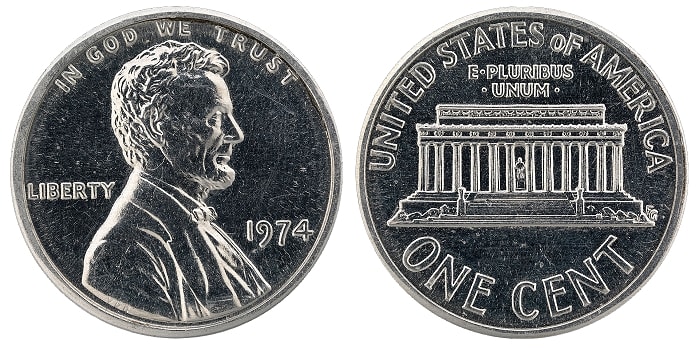 During the second half of the 20th century, the US Mint experimented with many metals to bring down the cost of coin production. In late 1973, the price of copper increased drastically, and it became almost impossible for the Mint to continue producing copper cents.

Thus, the Mint tested aluminum alloy as an alternative. Around three dozen specimens of this experimental aluminum cents were handed over to several officials to gain acceptance. However, finally, Congress rejected the proposal, and the US Mint recalled the distributed coins to destroy them. However, around 12 to 14 coins were never returned by the officials who received them earlier, and coins remained in the wild.

A copy of the 1974 Aluminum penny was first surfaced in 2001. The second copy of this coin was found by Randy Lawrence, a San Diego resident, in 2014. It was in possession of their father, Harry Edmond Lawrence, a former deputy superintendent of the Denver Mint. Lawrence planned to put the coin on auction but withdrew it at the last moment at the request of the US Mint.

This extremely rare coin was first found by Albert Toven, a police officer working at the US Capitol. An unnamed Congressman dropped the coin on the floor of the Capitol. When Toven attempted to return the coin to the Congressman, he thought it was a dime and asked Toven to keep it. 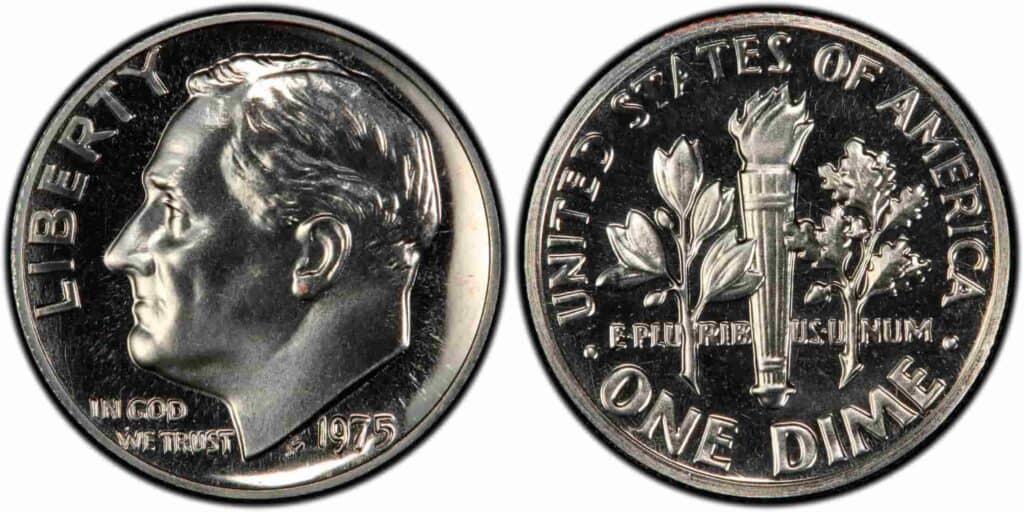 US Mint releases the proof coins specially made for the collectors. These coins are crafted with utmost care and precision, and it is not common to have errors in these coins.

However, a few examples of 1975 Roosevelt dimes were included in the US Mint’s proof sets that didn’t have the S mintmark of the San Fransisco Mint. No one knows how the San Francisco Mint officials missed the error. However, it is evident that somehow a small batch of Proofs was produced using a die without the S mintmark.

Experts believe there can be two possible explanations for this error. The Mint probably discovered the error early enough to stop the press. However, a very small number of coins were already issued by then. The second explanation could be the error was intentional, and some mint worker deliberately caused the error. 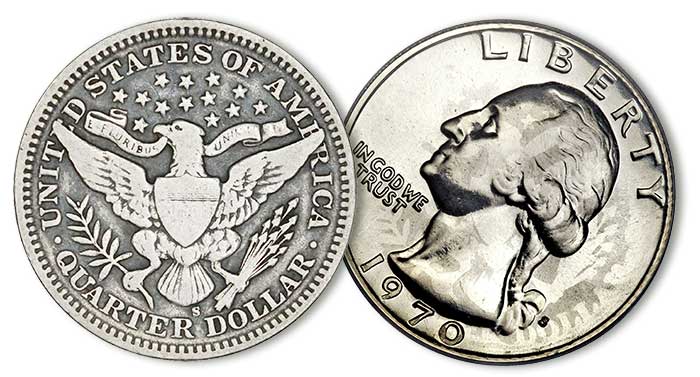 It is the rarest mint error coin ever released by the US Mint. It is another error Proof coin released by the San Fransisco Mint the same year as the No-S Proof Roosevelt dime.

The error was first identified by Mike Byers, a renowned expert on mint error coins. He put up this coin for sale on eBay for an asking price of $35,000.

It was not the only error made in this set of Proof coins. Two other error Proofs were also produced by the San Fransisco Mint during the same time. At least one Proof was struck on a Barber quarter from 1900, and another one was struck on a Philippines coin. It is speculated that all three of these errors were engineered by someone working inside the mint. However, no evidence has been found to support the claim.