10 Most Expensive Dolls Ever Sold

Dolls are common toys, fashion items, and even religious icons. As a concept, dolls are thousands of years old, but they are still made and cherished today. These tiny people (not to be confused with stuffed animals or action figures) can be highly prized collector’s items depending on the condition.

Continue reading for our list of the 10 most expensive dolls that money can buy. 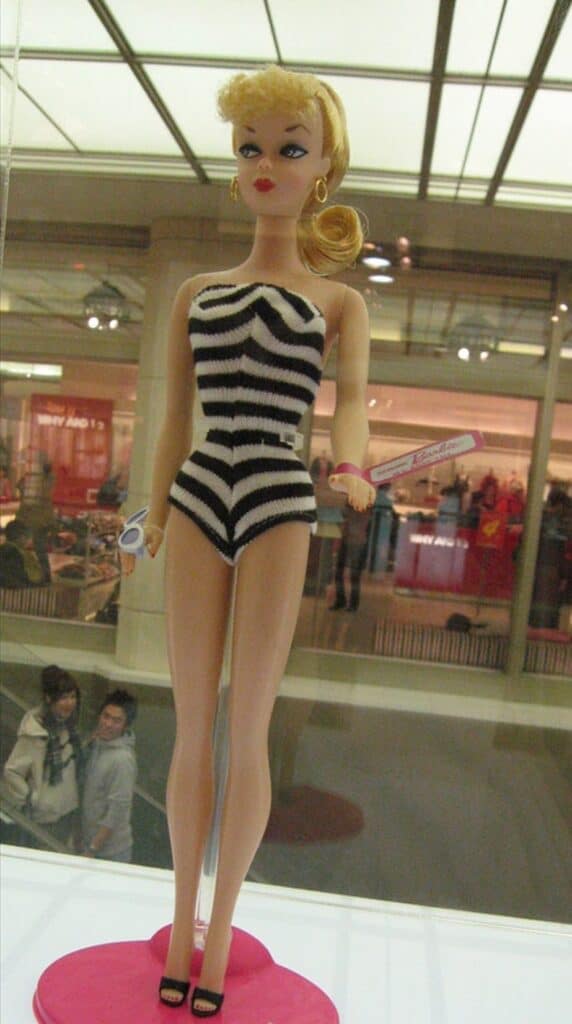 The original Barbie was made in 1959. She came in a tall peach-colored box that opened like a fashion accessory (this was way before the transparent plastic fronts).

The original Barbie came in a stylishly sexy black and white one-piece bathing suit, with fashionable golden 1950s hair, red lips, and blue eyeshadow. She came with fashionable sunglasses and heels. Toy experts say that first-edition Barbies can be recognized by small holes on the bottoms of their feet.

The fashion doll Bild Lilli out of Germany was the original inspiration for the Barbie doll. The American version was designed by Ruth Handler, an American businesswoman.

The Chinese artist Michael Lau made a doll known as Gardener Uncle based on the comic strip in East Touch magazine. The doll came with a grocery bag and skateboard, showing the character in his signature sunglasses, gold chain, and loose-fitting pants.

Not very many of the Gardener Uncle dolls have been made. Those that have are valued at around $35,000.

The Hong Kong artist Michael Lau is a painter, sculptor, and doll maker. He’s known as the father of urban vinyl style and has had a very wide influence on hip-hop and skateboarding culture. 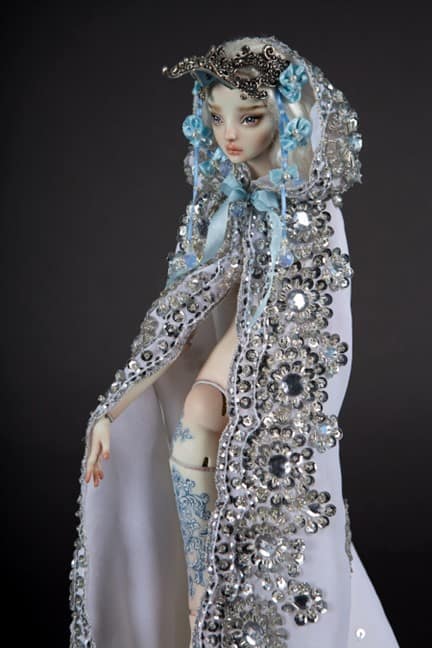 The Canadian artist/designer Marina Bychkova made these dolls from painted bronze. Their clothes and jewelry were handmade down to the finest details.

One of the most expensive of these dolls is known as Daphne in Disguise, also known as The Mystery of the Venetian Carnival. It sold at an auction for $42,473.41.

The dolls are fully articulated and hand-crafted for as many as 350 hours, one of which sold for $76,500. Before being cast in bronze and other precious alloys, Bychkova carves the dolls out of wax before implanting them with precious stones.

Bychkova’s dolls are frequently based in historical periods. The Orchid doll, for instance, wears a traditional kingfisher feathered hairdo ornamented after the Qing Dynasty. She also made a tribute to cancer survivors in the form of a doll with tattoos on her head and breasts that could be removed. 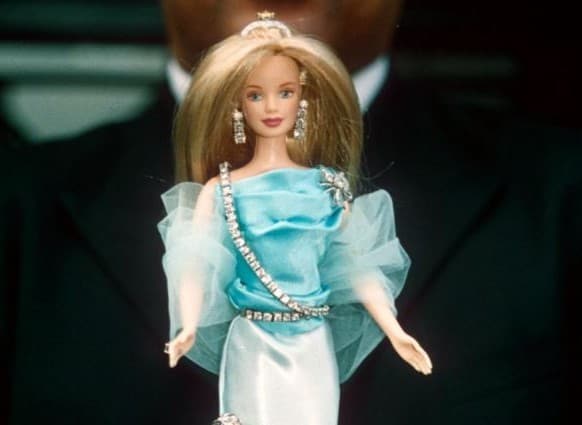 Blue Ivy is the daughter of Beyonce and Jay-Z. So any Barbie designed for their darling princess daughter was bound to be out-of-this-world expensive. The Barbie was custom-made for Ivy’s birthday with a flowing teal-blue gown and a collection of diamond-crusted jewelry.

These include a sash and belt, earrings made from four tiny diamonds, and a bow pendent around her waist. In total, the Barbie is covered with 160 gems on mounts of white gold. The doll has been valued at $80,000.

Blue Ivy’s birthday party was an overpriced smash for reasons other than this diamond-crusted Barbie. The music stars also spent $95,000 on flowers, $30,000 on outfits for friends, and $2,400 for the cake. 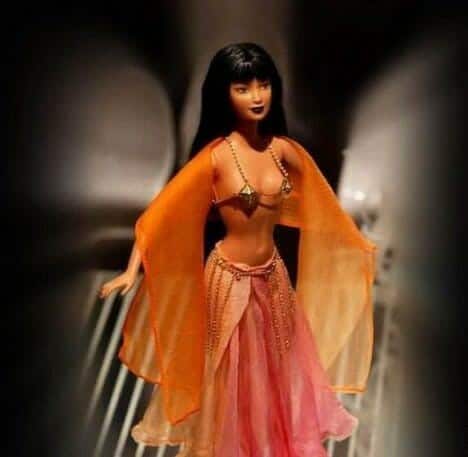 The 40th Anniversary Barbie by De Beers is an expression of the brand’s high fashion tastes as well as its riskee sensibilities. This definitely isn’t your average Barbie aimed at kids, sporting a flowing evening gown that’s completely open around her mid-section, revealing a golden chain bra and bare midriff.

The Barbie was released in 1999 and is currently valued at $85,000. Its high value is not only for its uniqueness and the beautiful gown but also for its belt, encrusted with real diamonds, and the jewelry made from white gold.

De Beers is a diamond mining operation that operates in 35 countries around the world. It was founded in London in 1888 by Cecil Rhodes, famously associated with South African diamond magnates. De Beers is now owned by Anglo American, but at the time of this Barbie’s release, it was owned by the family.

5. Barbie and the Diamond Castle 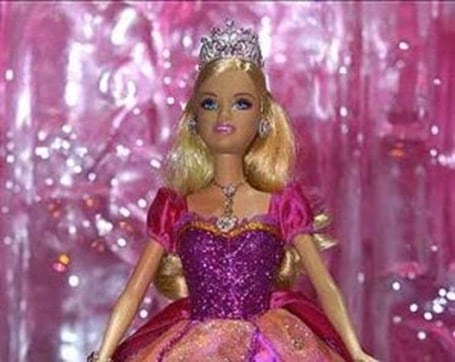 Barbie and the Diamond Castle is a work of jewelry as much as a doll. Barbie’s dress includes 318 diamonds, as well as 44 primary stones that are all round-cut.

In fact, all of Barbie’s accessories include real diamonds and white gold mounts, including her earrings, slippers, necklace, rings, bracelet, and princess tiara.

Gianocarlo Melloni, Barbie’s brand manager for the Mexico area, introduced the diamond Barbie doll collection with a fairytale ballet. The Barbie ended up selling for $94,800.

There was a tie-in movie for the Barbie and the Diamond Castle, which premiered in 2008. It was a musical princess fairytale film based on this sparkling doll. 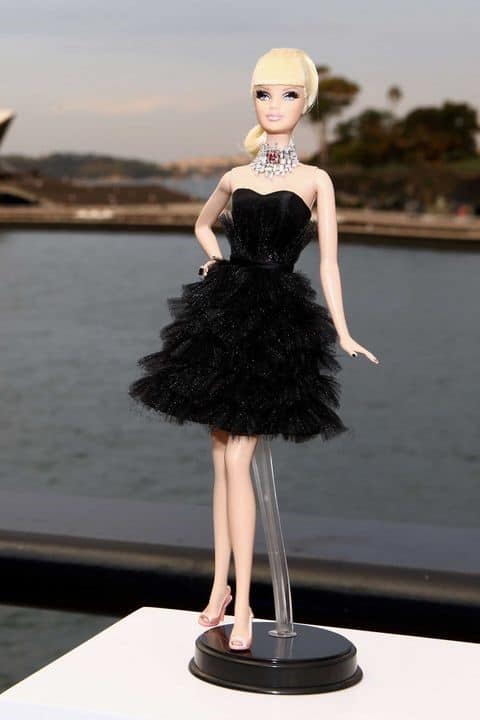 The Stefano Canturi Barbie, also known as the Diamond Barbie, is the most expensive Barbie doll ever sold.

The jeweler spent over six months creating this Barbie, which includes a mini necklace done in the classic Cubist style made from sparkling white diamonds. In the middle is a one-carat diamond, an Australian Argyle pink, that may be small for humans but it’s huge for Barbie.

They even created a tiny Canturi diamond ring for her bitty plastic finger. At a Christie’s auction in 2010, this doll sold for $302,000. The money was donated to the Breast Cancer Research Foundation.

The jewelry designer Stefano Cantri got his start in miniature sculpting in Italy. Since then, he has been sculpting jewelry designs, including those for this coveted Barbie. 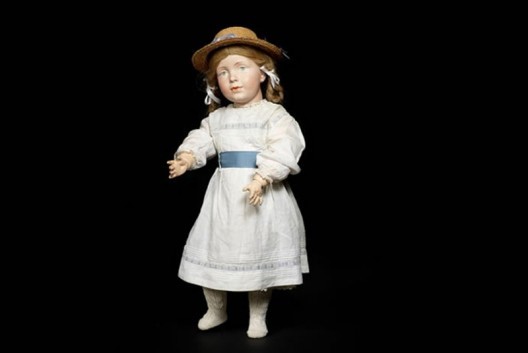 The Kämmer & Reinhardt Character Doll sold at a Bonhams auction for 242,500 pounds, the equivalent of about $302,587 (it was closer to $400,000 when it was sold, but the Euro has recently been dropping in value relatively to the dollar).

This character doll has plaited brown hair and light blue-grey eyes that match her dress’s sash.

Other character dolls from Kämmer & Reinhardt sold at the same auction, designed by Lewin Funcke out of Berlin. One sold for around $80,000 and another sold for $278,000.

Rather than separate them, we’re listing the character dolls together.

Kämmer & Reinhardt is a German dollmaker that operated between 1886 and 1932. They initially made wax dolls and then switched to bisque or porcelain heads on top of cloth dolls. 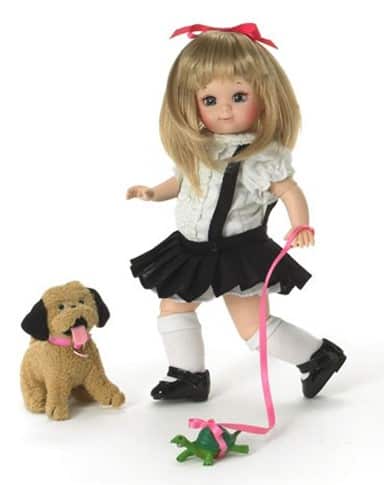 Madame Alexander only made five of her unique porcelain dolls, based on fashion couture and embellished with luxury jewel-making.

Eloise is studded with beautiful Swarovski crystals and several diamonds, all nine carats in size. She even comes with her own fashionable pet dog and a turtle tied to a ribbon. The Eloise doll costs $5 million.

The Alexander Doll Company began when Madame first made dolls based on Alice in Wonderland in the 1920s. She fought hard for her business in the face of a flood that almost ruined her entire operation, but she survived and went on to create some of the most expensive dolls ever made. 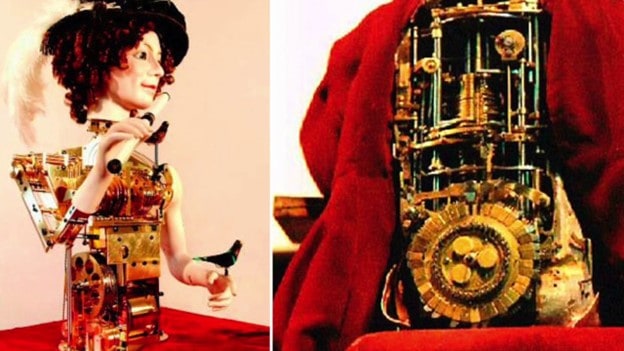 The most expensive doll is L’Oiseleur (The Bird Trainer). This four-foot doll is a Swiss masterpiece made from over 2,000 metal pieces that all combine into one beautiful, complex automaton.

Its unique accessories include a flute, sword, and a couple of singing mechanical birds.

This Renaissance figure can be wound up with a golden key, which makes his eyes move around and his birds sing. The team of craftsman, led by the artist Christian Bailly, created this doll for $6.25 million.

The French-born dollmaker Christian Bailly originally planned on spending $400,000 on this automaton. But as he paid expert sculptors, jewelers, dressmakers, and wigmakers, many of whom charge hundreds per hour for their work, the budget quickly ballooned. He even sold his antique furniture collection to pay for this incredible doll.

9 Rarest Albino Animals in the World

8 Most Expensive Houses Currently on the Market in Missouri