9 Rarest Albino Animals in the World

Albinism is a condition that affects the production of melanin in the body. Melanin is a pigment that provides pigmentation for skin, eyes, hair, fur, and claws in animals. This condition is not limited to only one species, as it also occurs in people.

Animals with this condition have a paler skin tone compared to the other members of their species, along with the nose, lips, claws, feathers, and fins.

But this condition also carries problems and consequences. The reduced melanin can cause vision and hearing problems, sensitivity to the sun, and astigmatism.

Albino animals are also in danger from predators and poachers aiming for monetary benefits from selling these animals as “exotic” pets. Because of these problems, many albino animals are under close watch in zoos and private care.

Albino animals are just as adorable as those who are colored, a rare sight to see. If you wish to learn more about some of the rarest albino animals worldwide, continue reading! 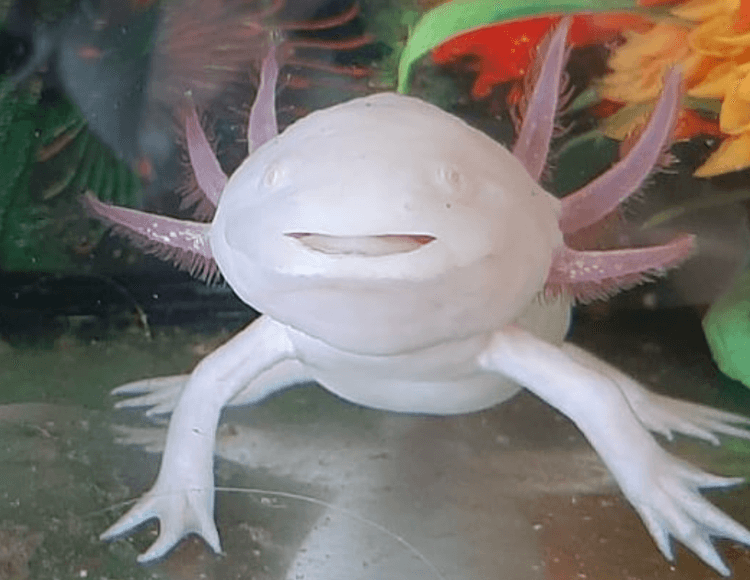 The next albino animal is a specific one because axolotl as a species is listed as critically engendered on the IUCN Red List of Threatened Animals.

Axolotls usually have a wide range of colors, from black, copper, and green to golden and lavender gray. Albino axolotls make good pets, but they require large tanks and a lot of hiding places because harsh lighting can hurt their sensitive eyes. Albino axolotls love to eat frozen blood worms.

Axolotls are the closest relatives to salamanders, a group of amphibians characterized by their lizard-like appearance. Axolotls never outgrow their juvenile stage, keeping their youthful traits – from feathery gills on their heads and webbed feet to their happy Mona Lisa smile. 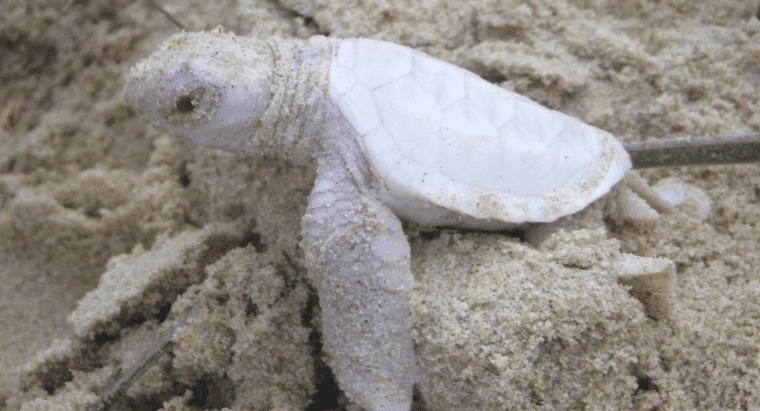 Albino turtles are rare, with only one occurring in 100,000 hatchlings. Due to the problems and disadvantages of the condition, albino turtles have the slimmest chances of survival in the wild. Sea turtles struggle with multiple issues, from habitat loss to egg harvesting, even if not albino.

Because many barely reach maturity, albino turtles have even more problems when we include vision problems and sun sensitivity due to the condition.

Rare albino turtles typically live on beaches in Australia, but one can also find them off Mozambique’s coast.

A rare albino Indian flapshell turtle was discovered in southern India at the beginning of this year, a few hours after being hatched. Flapshell turtles usually have dark brown shells with light brown spots over their bodies. 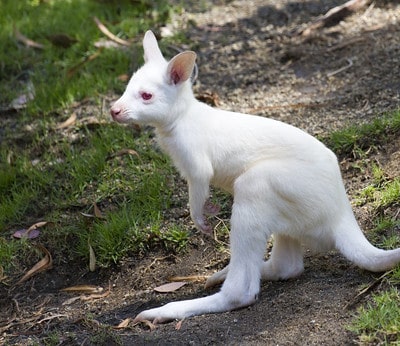 Wallabies as a part of the kangaroo family are rare in the wild, but white wallabies are even more unique. They reside in a few habitats, usually found on islands in Australia and Papua New Guinea.

An estimate of white wallabies in Australia is less than 1,000.

The population of the white wallaby has exceeded over 200 on Bruny Island in the Tasman Sea. Lack of melanin results in white fur, pink eyes, nose, claws, poor vision, and sun sensitivity.

They love to huddle in groups and don’t have many predators on the island, making them safe and sound.

The population of the white wallaby has exceeded over 200 on Bruny Island in the Tasman Sea. Lack of melanin results in white fur, pink eyes, nose, claws, poor vision, and sun sensitivity. They love to huddle in groups and don’t have many predators on the island, making them safe and sound. 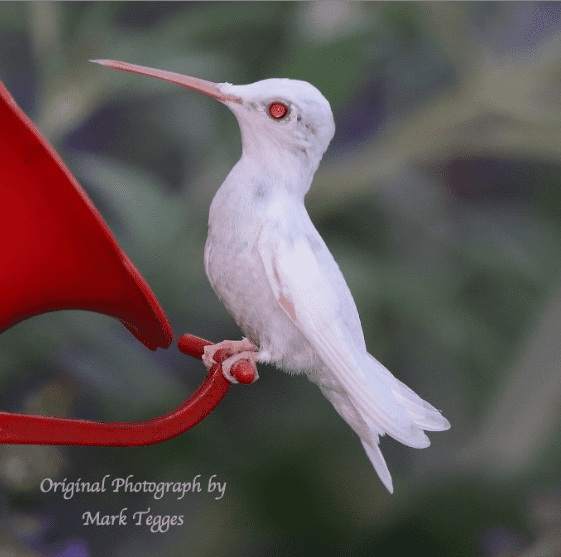 The challenging part of counting albino hummingbirds is the mix-up between albino and leucistic birds since they are all white. But albino hummingbirds have zero pigmentation in their bodies, resulting in pink eyes, bills, feet, and skin. Leucistic can have black eyes and feet. 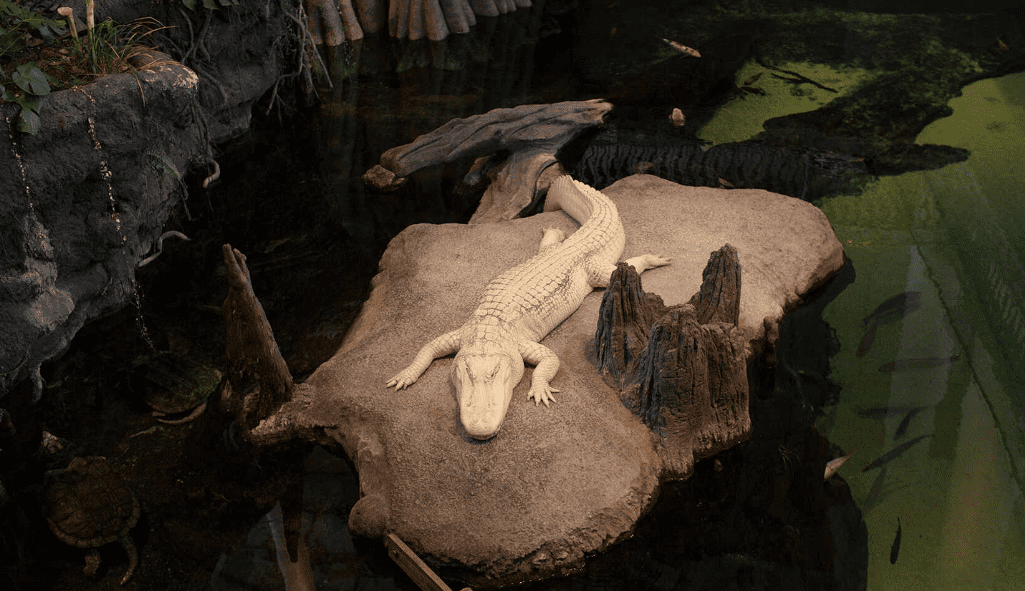 One of the rarest albino animals is the albino alligator, with only 200 species left. Alligators live in freshwater rivers, lakes, and swamps in the Southeastern United States.

Albino alligators are frequently in private care due to the consequences of this condition.

The lack of pigment has its downside, despite being a beautiful sight. Most albino alligators rarely make it to adulthood because of their skin color, as they are easily recognizable to predators and are extremely sensitive to sunlight. Their eyesight is also poor, making them an easy target.

The oldest and most famous albino alligator is a 23-year-old named Claude, residing at the California Academy of Sciences in San Francisco. He used to have a female companion named Bonnie, but she became impatient with him biting him on the leg for his poor eyesight and recklessness. 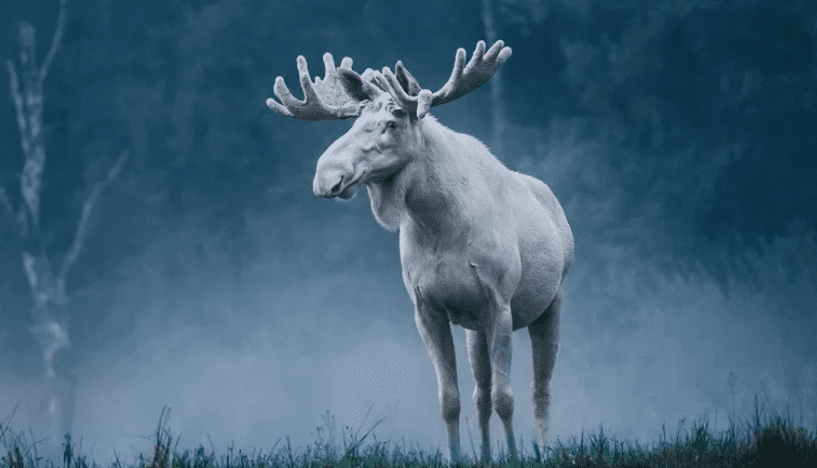 The moose or elk is the heaviest member of the New World deer family. Moose have wide antlers, usually dressed in dark brown or black coats, but the rare occurrence of white or albino moose can happen worldwide.

Apart from North America, Europe, and Russia, one albino moose was seen in Sweden. Their existence is controversial, as some people don’t believe albino moose is real.

Considering their rarity, some people think these white moose are carriers of a recessive gene condition called piebald, not an albino.

The main problem with “spirit” moose is people ready to kill them for their appearance. One was shot dead in Ontario in 2020, but people are trying to protect them as much as possible. 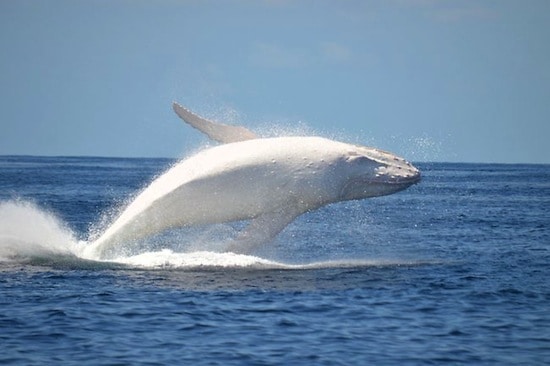 There haven’t been many reports about albino humpback whales, as they are some of the rarest albino animals to exist. The most famous white whale is named Migaloo, first spotted in 1991 in the Great Barrier Reef and seen only a couple of times since then.

Scientists confirmed he’s a male because of his “singing”, as only male whales produce melodic songs. It’s unknown how many albino whales are still around, as people have recorded seeing a couple of albino killer whales over the last few decades.

Migaloo hasn’t been seen in over two years, worrying people about his health because of climate change. Just a month ago, a carcass of a white whale washed up on a Victorian beach in Australia, but experts confirmed it’s not Migaloo. That also confirmed there are more albino whales than we know. 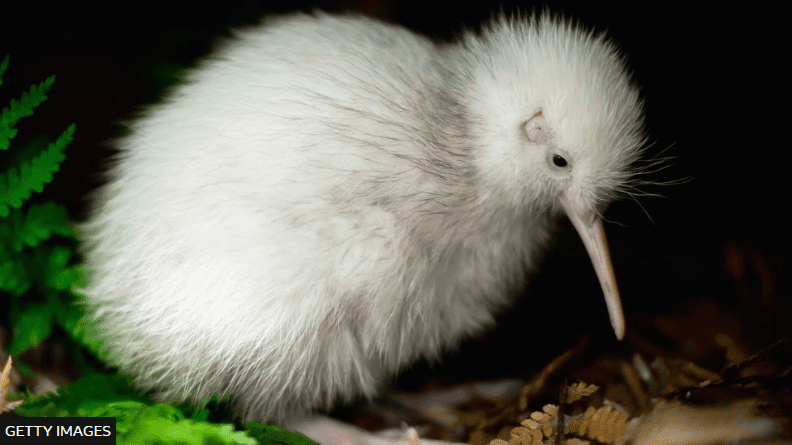 This adorable critter looks like a snowball with legs, but it’s a kiwi bird named Manukura, native to New Zealand. Even with the 1 in 4 chance of albino kiwi bird hatching, Manukura is the only albino kiwi known worldwide. Kiwi birds are usually brown, the size of a domestic chicken.

Sadly, Manukura died in December 2020 after requiring surgery for an unfertilized egg she couldn’t pass naturally.

Manukura was snow-white, carrying a rare progeny of two parents with a white feather gene.

Kiwi birds usually have a lifespan of 30 years if their health is alright. They have tiny wings but can’t fly, and it has more characteristics of a mammal rather than birds. Females have two ovaries instead of one, like most birds, and they also have whiskers, similar to cats. 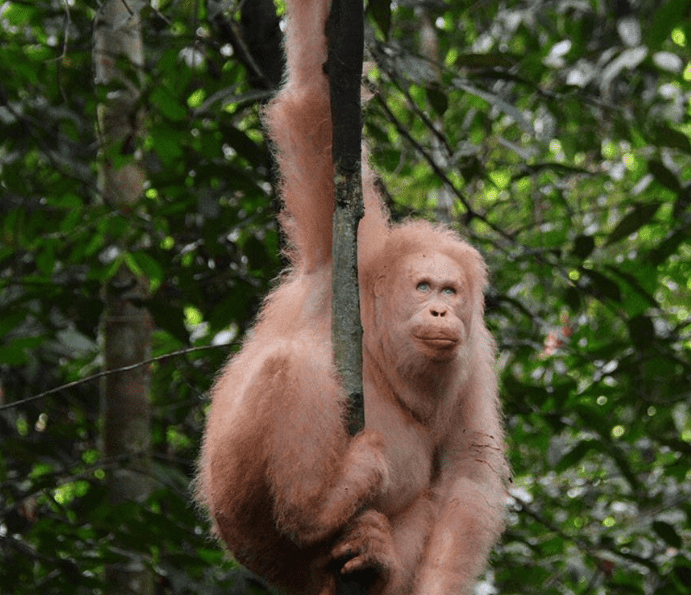 Alba is the only known albino orangutan in the world and the rarest albino animal worldwide.

Borneo Orangutan Survival Foundation saved Alba from captivity in 2017, where she was kept as a pet in a cage. She was around five years at the time of her rescue, the only living example of an albino monkey.

Alba returned to the wildlife of Borneo after being monitored and treated for over a year. She’s under close care because of her limited vision and white skin, protected from poachers and other animals. Alba is currently living in a rainforest with other rehabilitated orangutans.

Orangutans’ natural habitat consists only of the rainforests on the islands of Borneo and Sumatra in Southeast Asia. The Bornean orangutans are endangered, with around 41,000 left, while the Sumatran is a critically endangered species with only 7,500 orangutans left in the wild.

9 Most Expensive Phone Cases Ever Sold

10 Most Expensive Dolls Ever Sold