10 Most Expensive Pitbulls You Can Buy

You see them all over the media, usually being portrayed as vicious and aggressive attackers. Not exactly the best reputation for a breed of dog that’s supposed to be loving, right? Let’s get one thing straight: not every Pitbull is out to attack you and your family. In fact, they are one of the kindest dog breeds around.

Pitbulls are famous for being extremely friendly dogs, but not everyone knows that they can also be expensive. Read on and take a closer look as we discuss the 10 most expensive pitbulls you can buy. 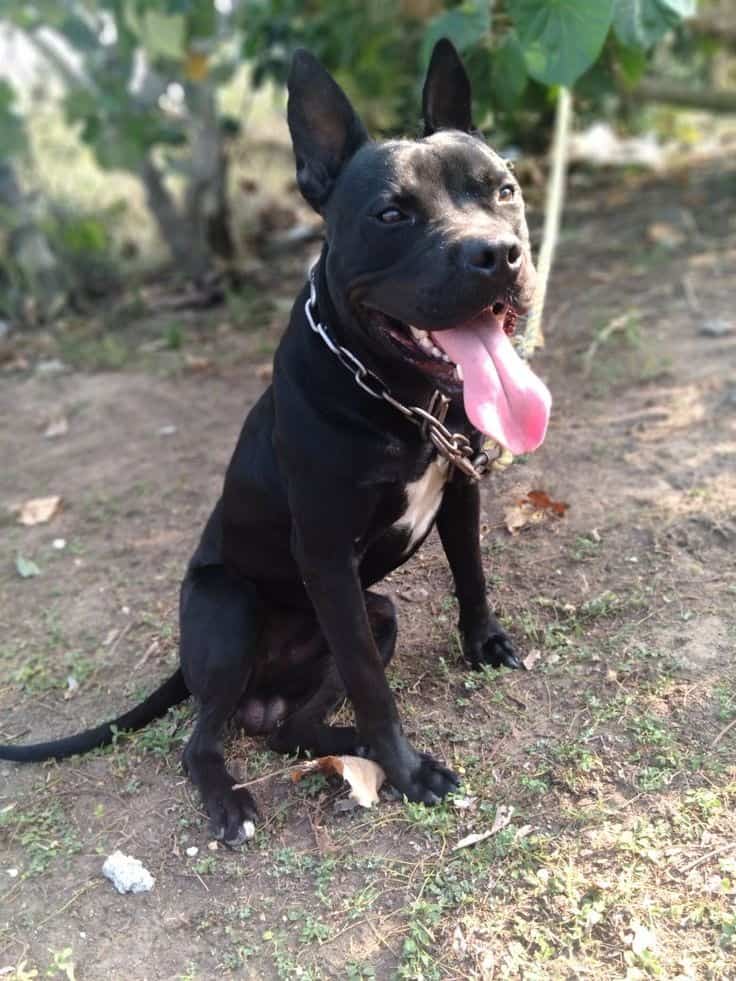 Chamuco is a purebred pitbull. It has a life span of 10 to 15 years and is believed to have originated in Mexico. The average height for this breed is 35.56 cm, and it can be bought for $200 to $1000 depending on the breeder’s quality control standards and how well they take care of their dogs in general.

This breed is not only beautiful, but it’s also very powerful and strong.

It makes sense that these dogs are so expensive because they can be trained for a variety of purposes, including as guard dogs or police dogs. They have excellent hearing, eyesight, and smell, which makes them great hunters. Chamucos are medium-sized dogs with short legs. They are very intelligent, and they love to work.

They are very loyal to their owners, so much so that they will even fight off predators if necessary.

Chamucos are recommended for homes with small children because of their strong personalities and protective instincts. 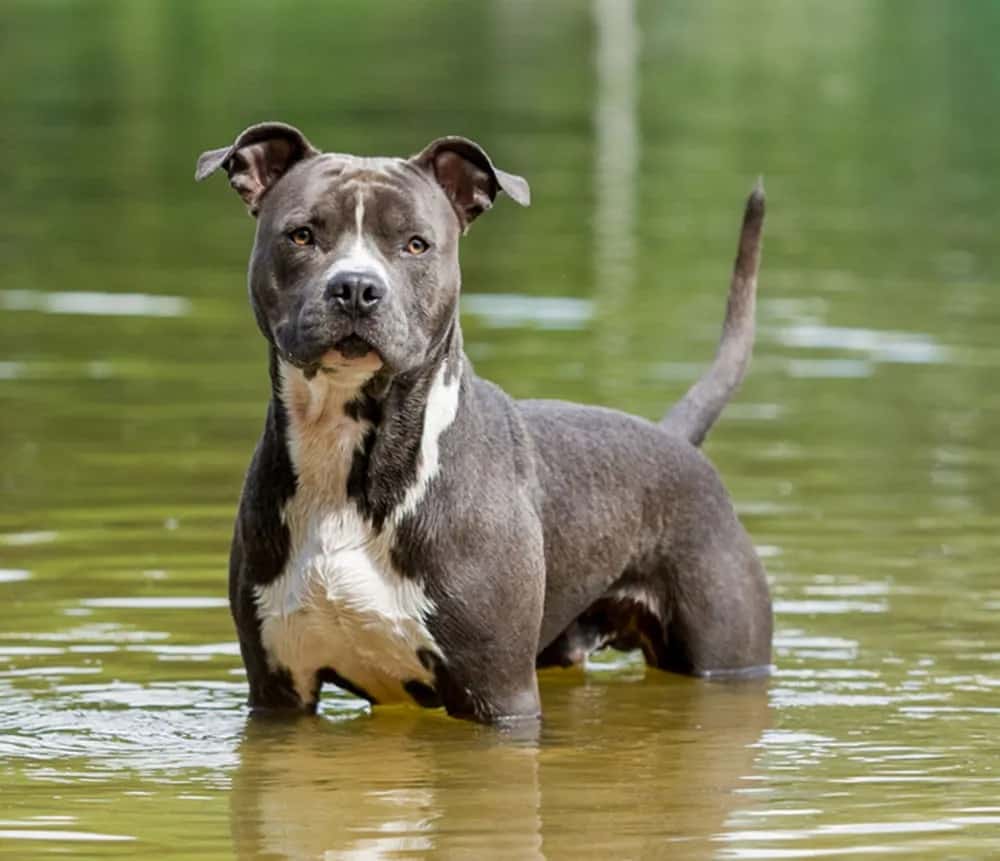 American Staffordshire Terriers are powerful and muscular dogs. Their appearance can be intimidating, but they’re great family pets who love to play with children. They have an average life span of 12 to 16 years, making them one of the longest-living dog breeds in existence today.

Today these dogs are still considered very strong breeders due to their high energy levels and physical strength but also because they love being around people so much that they make excellent companions for both adults as well as children. These dogs are highly intelligent and can be trained to do many different things, but they are also very stubborn and can be hard to train.

They make excellent guard dogs because of their protective nature, making them ideal for people who live in areas where there is a crime or other problems. 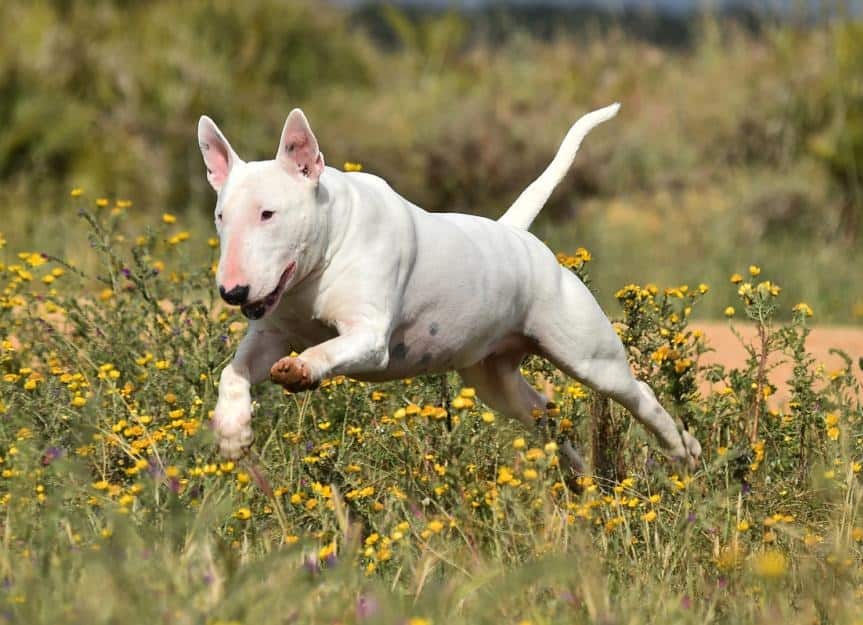 The bull terrier is a powerhouse with a powerful muscular build. This breed was bred to fight other dogs, but today it’s not uncommon for them to join professional dog shows. Bull terriers live between 10 and 14 years on average, making them one of the longest-lived Pitbulls around.

The temperament of this breed varies depending on whether you get an adult dog or puppy at birth; however, both types tend to be very friendly with strangers but may still display protective tendencies toward family members if they feel threatened by another animal outside the home environment.

They can weigh anywhere between 20 and 33 pounds when fully grown (depending on their size), which makes them perfect for smaller homes or apartments where space might be an issue. 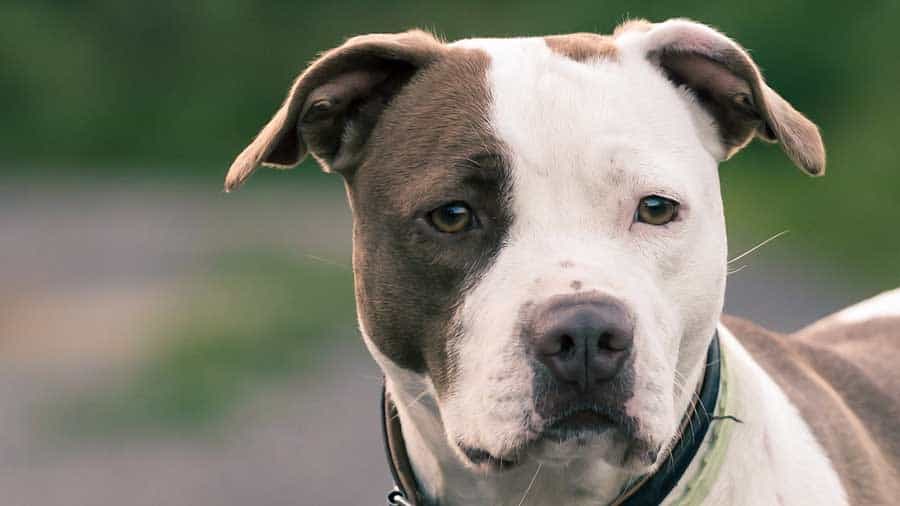 American pitbull terriers are medium-sized, solidly-built dogs. This breed was originally used to drive cattle and sheep across the country in the 1800s. They have been bred to be loyal, intelligent, athletic, and powerful.

They are often used as guard dogs as they tend to have a high prey drive which means they enjoy chasing smaller animals such as mice or squirrels around their home.

This breed needs to be socialized with other pets and people at a young age or they can become aggressive toward others as they grow up.

They are likewise very affectionate and loyal dogs and love to be around people, especially children. 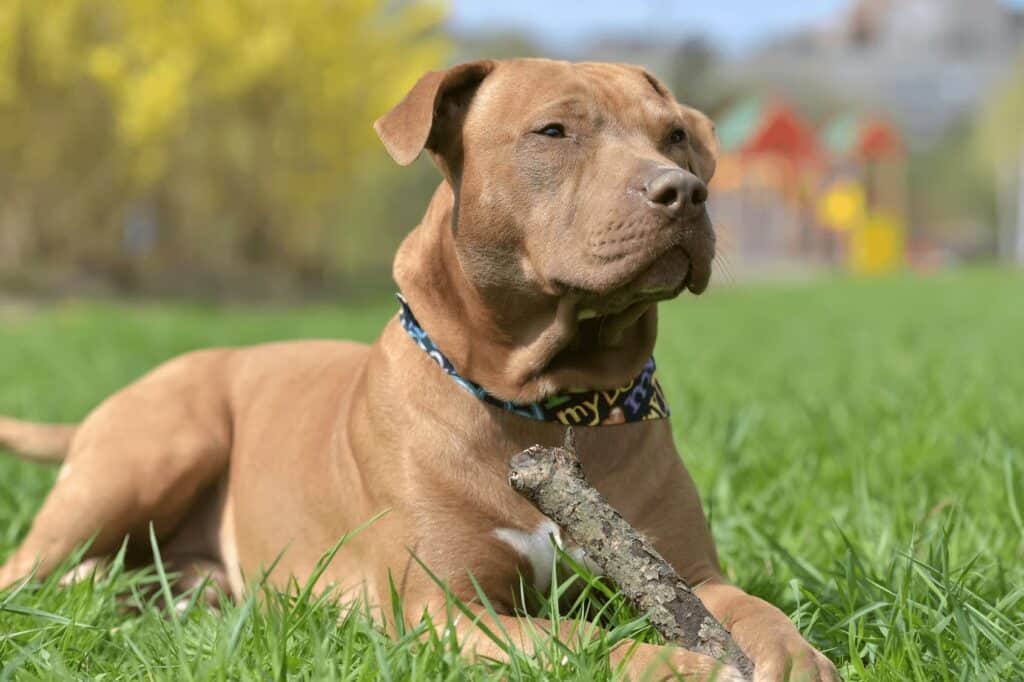 Red nose pit bulls are one of the rarest of all pit bulls, and they command a high price tag. They can cost from $1,000 to $3,000 depending on the age and condition of your dog.

Their life span is 12 to 15 years, so you’ll want to make sure that you get one that’s healthy enough for such a long life. Red Nose Pitbulls come from the UK where they were bred specifically for their red noses (hence their name). This breed originated in Great Britain during World War II when people left their homes because of bombings by Nazi Germany (WWII).

These dogs have amazing abilities to sense danger and protect their owners. They are very loyal and protective of their families, which makes them great guard dogs. 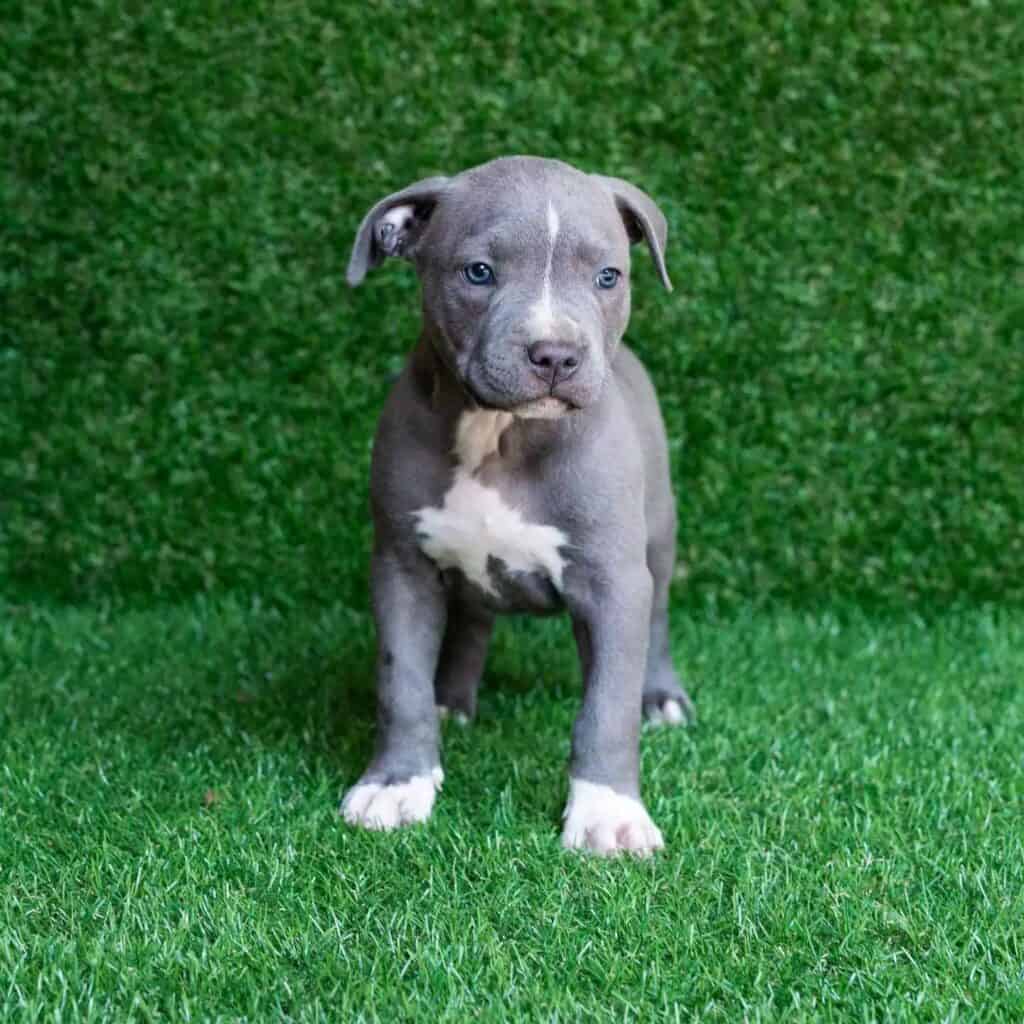 The Blue Nose Pitbull is a very rare breed in the UK, and its price tag reflects this. It can cost up to $3,000 for an average-sized dog with a life expectancy of 8 to 15 years. The average height of this breed is 43–53 cm (17–21 inches). The Blue Nose Pitbull is the perfect dog for someone who wants a loyal and loving companion.

They are known to be very protective of their owners and family members, which makes them great guard dogs. They love to play with children, so they make great family pets. The Blue Nose Pitbull is a very loyal and protective dog that makes a great guard dog. It is also very intelligent, which makes it easy to train.

This breed has a short attention span which can make training difficult at times. 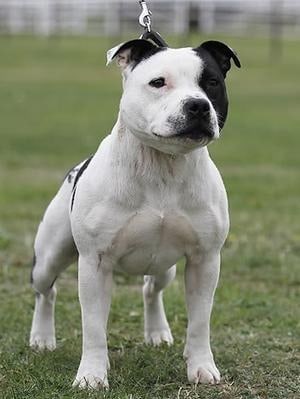 The Staffordshire bull terrier is a medium-sized dog, with a broad head and muscular body. The breed originated in England and was bred from the English Bulldog by crossing it with terriers from other countries like Ireland and Scotland.

The SxS (Staffs x Std.) cross tended to be more aggressive than both their parents but also had better stamina than either parent alone. This duality led to the development of this unique breed; they are usually calm when raised on proper food, but can become very territorial if not trained properly early on!

The most common coat colors of Staffordshire bull terriers are black/brindle or red/white (although some may have brown spots). 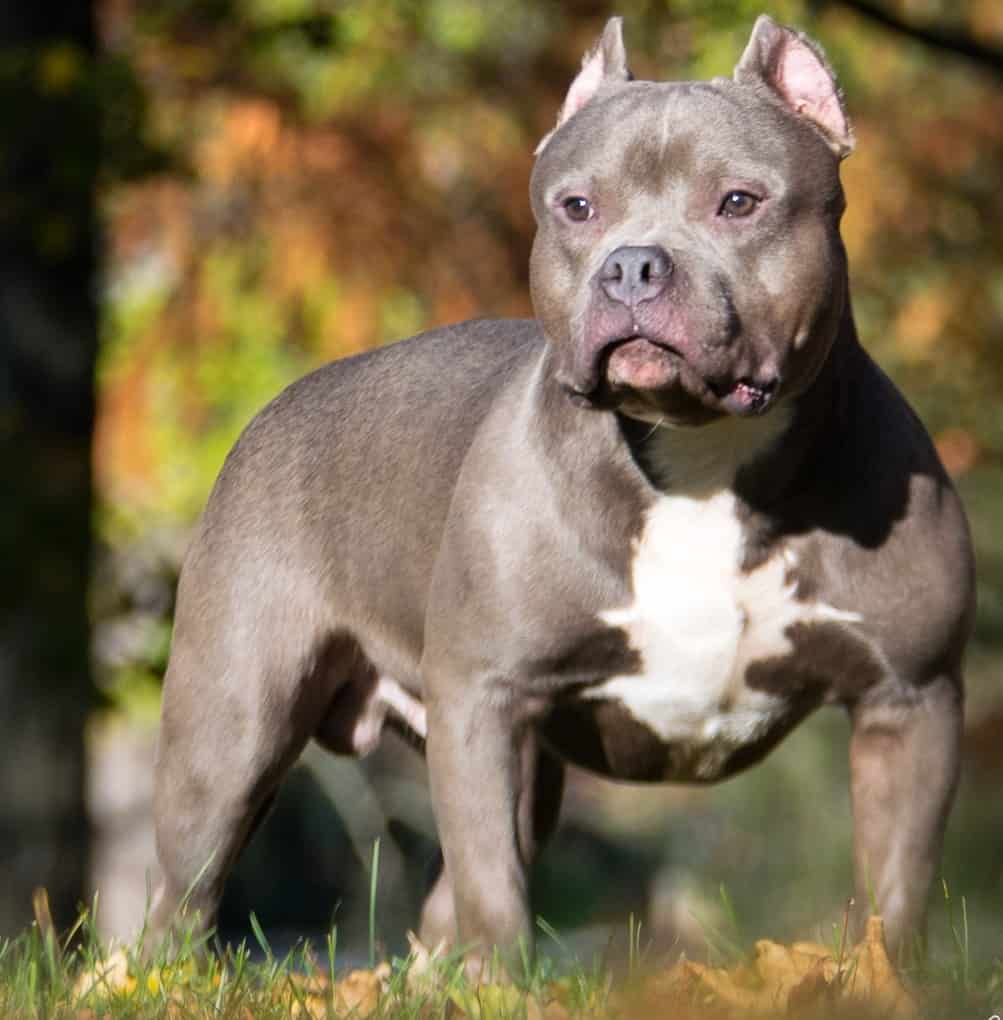 They’re known for their strength and stamina in both obedience competitions and just playing around with their family members and friends at home. The American Bully is a well-rounded dog that can do just about anything you want it to; it’s a great family pet and an excellent guard dog. However, the American Bully is not a good fit for everyone. It needs a lot of exercise and attention in order to thrive.

If you’re looking for a dog that can nap all day and then play fetch with you in the evening, this isn’t the breed for you. 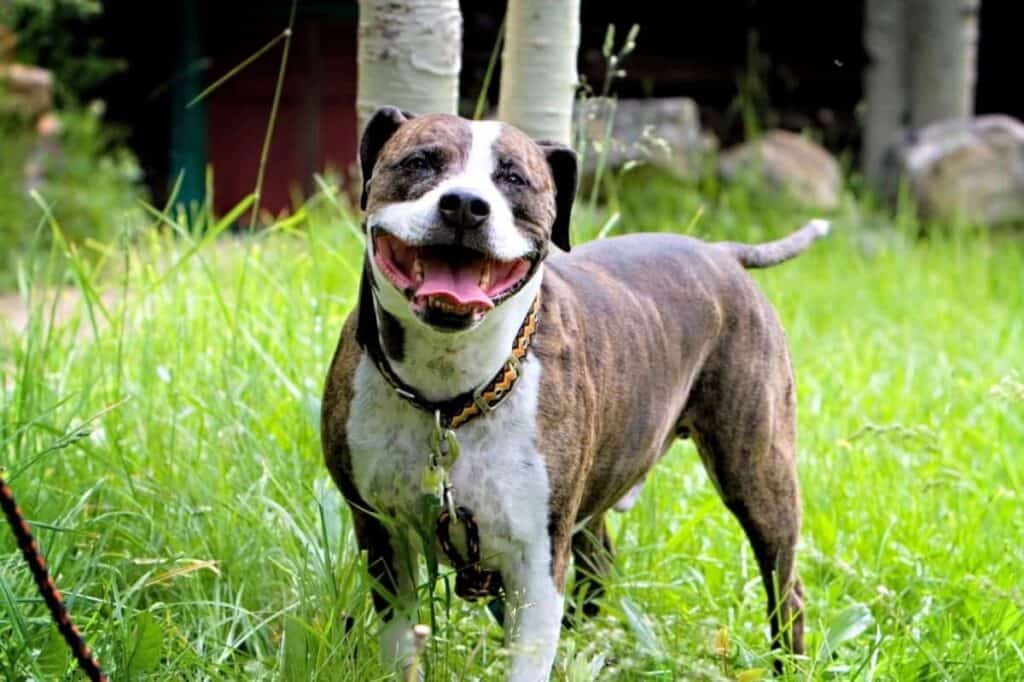 Colby pitbulls originated in the United States. They are one of the most expensive pitbulls you can buy because they have a long life span and is very well developed for their size. Like all pitbulls, Colbies love to play with other dogs and will be happy to spend time with them as well as people who come into your home or yard while they’re outside playing together.

You can expect that this pooch will grow up at a rate similar to that of most other dogs because they are still young when it comes time for him to leave their mother’s care so she can start raising another litter of puppies herself once again. Colbie pit bulls are one of the most expensive dog breeds because they are so rare and can only be found in a few places around the world.

They are also very intelligent, which means that they learn things quickly and will probably be ready to go outside on walks or play with you and other family members within just a few days of being born in your home. 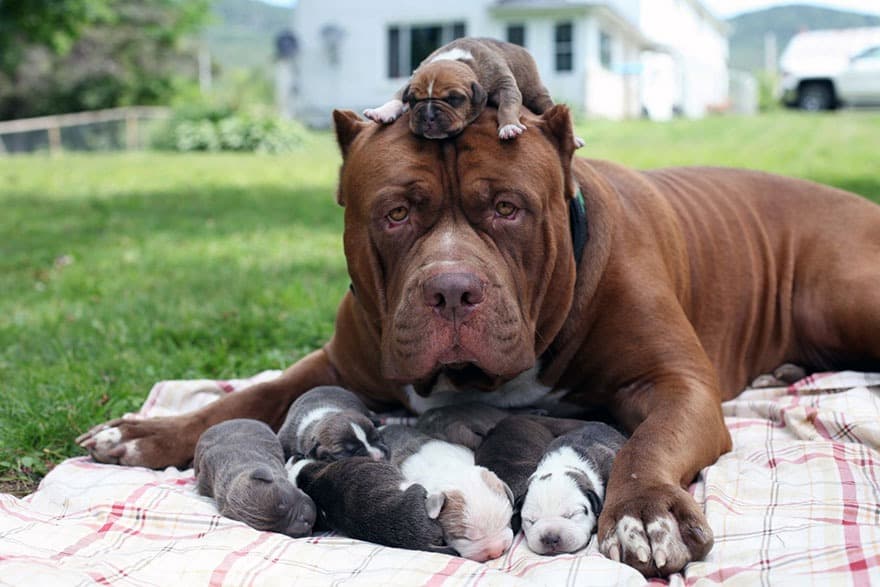 Hulk’s introduction to the public has generated a great deal of controversy, as he is believed to be the largest and most expensive Pit Bull in the world so far. The 174-pound canine spurred discussion about backyard breeding, the safety of the Pit Bull breed, and the morality of raising canines (in any capacity) for size and ferocity.

He recently had eight lovely puppies. Hulk is a loving parent and a gentle giant. He has no qualms about lying down and licking his tiny puppies. Things that may frighten or divert another dog don’t bother him.

8 Most Expensive Teddy Bears in the World

10 Most Expensive Snowboards Ever Sold