Depending on the organization (American Kennel Club, The Kennel Club, and the Fédération Cynologique Internationale) the number of officially recognized dog breeds in the world ranges from 202 – 344. Of these dog breeds, several are considered rare, but we chose to only cover the rare breeds that have information available about their numbers. Many of the breeds on this list only have a population in the low thousands and some are even considered endangered. In general, the rarity of the dogs on this list is due to their specialized breeding or the lack of awareness for the breed. 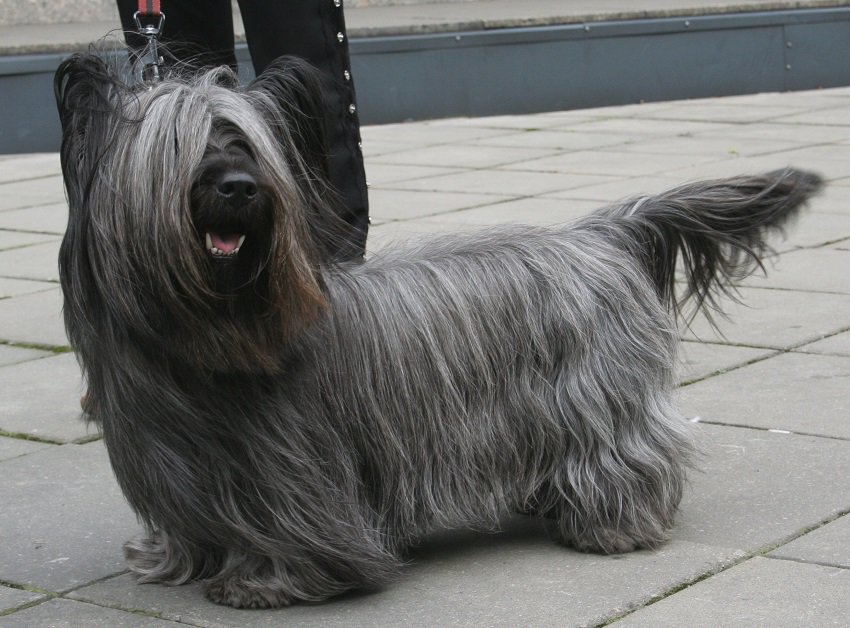 Skye Terriers have remained roughly the same for over four centuries, which is much longer than other terrier breeds. The Skye Terrier, which has a very long coat, has greatly dwindled in popularity as other breeds of terriers have become more desirable. According to the United Kingdom’s Kennel Club, the Skye Terrier is one the UK’s most endangered native breeds.

In the past, the Skye Terrier was everywhere in Scotland and Queen Victoria reportedly had a kennel full of them. Gail Marshall, secretary of the Scottish branch of the Skye Terriers Club, also said that Mary, Queen of Scots had a Skye Terrier stashed under her skirt when she was beheaded. Marshall says that one of the big reasons that Skye Terrier numbers are down is because people just aren’t aware of the breed anymore. 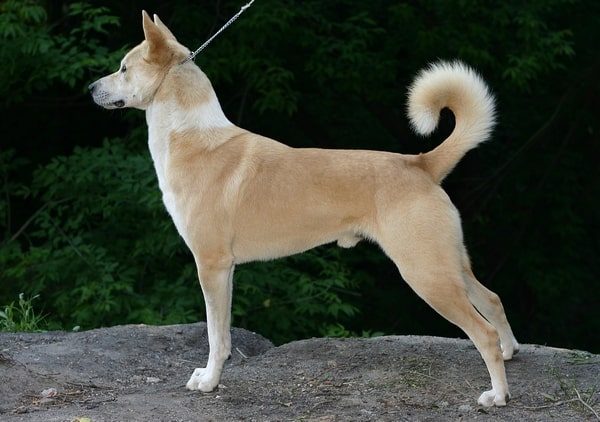 The Canaan Dog is such an ancient and rare breed that it goes all the way back to the pre-biblical era. These dogs originated in Ancient Canaan (an area stretching across modern-day Israel, Palestine, and Jordan) and drawings of the Canaan Dog have been dated to around 2000 – 2200 BCE.

It is also believed that the Canaan Dog may be one of the breeds responsible for establishing a relationship with humans.The Canaan Dog breed is so old that it is completely natural and unaltered by human hands.

Throughout history, Canaan Dogs have served as sentries, messengers, service dogs, and landmine detectors. After World War II, Canaans were bred and trained as guide dogs for the blind. 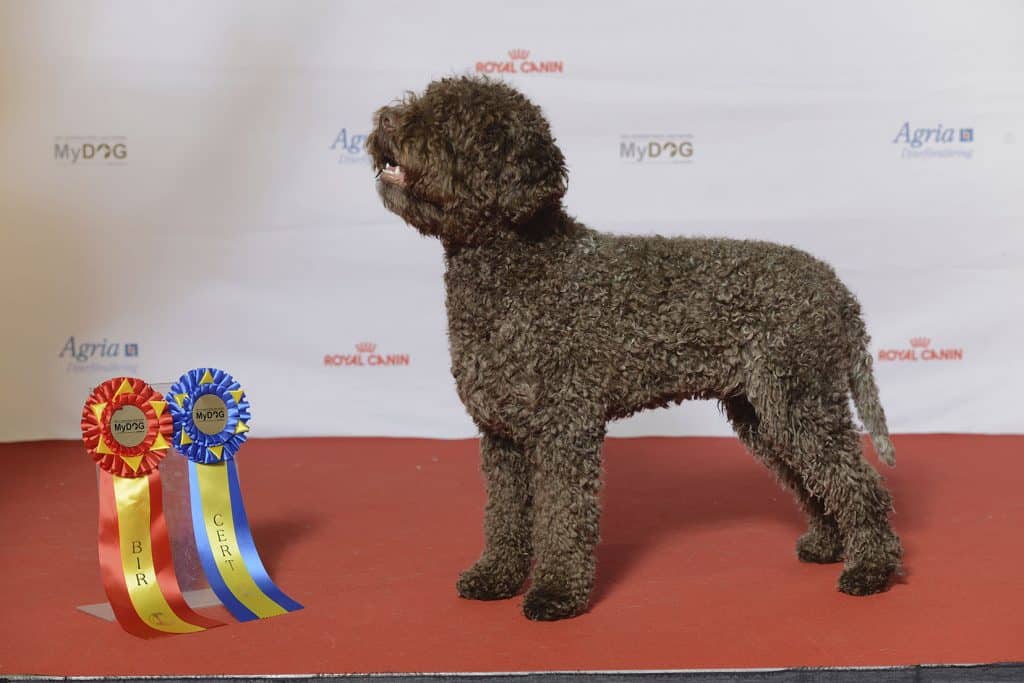 The Lagotto Romagnolo originally hails from Italy and was specially bred to find truffles, one of the world’s most elusive and expensive foods. Lagotto Romagnolos are the only dogs in the world who specialize in truffle hunting. 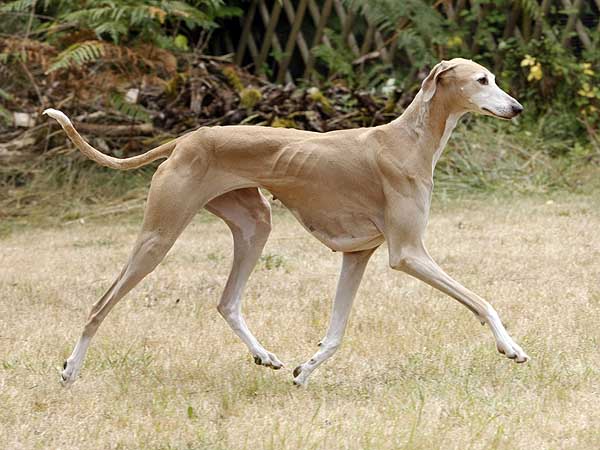 The Azawakh is not only one of the rarest dog breeds, it is also one of the oldest dog breeds in the world. This ancient hunting hound originated from West Africa in the countries of Mali, Niger, and Burkina Faso over a thousand years ago. The breed is named after the Azawakh Valley in the Sahara Desert.

The Azawakh is lean, tall, and a part of the sighthound family. The Azawakh was originally used to protect livestock thieves and predators and also served as camp guards. Until the 1980s, the Azawakh was not present in the United States because these rare dogs could not be bought. Azawakhs had to be given as gifts and they did not leave Africa until Dr. Pecar, a Yugoslavian diplomat who had been stationed in Burkina Faso, brought his Azawakh home with him. 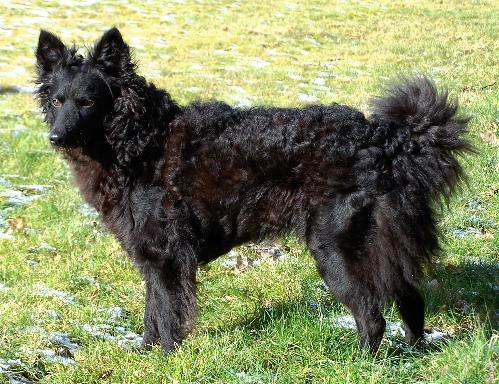 The Mudi is a rare breed from Hungary that supposedly evolved naturally from crossbreeding the Puli, Pumi, and German Spitz. The Hungarians had been breeding dogs since between the 4th and 6th centuries, but pedigree breeding and classification did not start until the 19th century.

Initially, only the Puli and Pumi were given recognition and very few people were interested in the Mudi, which was considered the “third type” of Hungarian sheepdog. However, around 1930, Dr. Deszö Fényesi, director of the museum in Balassagyarmat, was one of the first people to start separately breeding the Mudi. In 1936, the Mudi was officially recognized as its own breed. 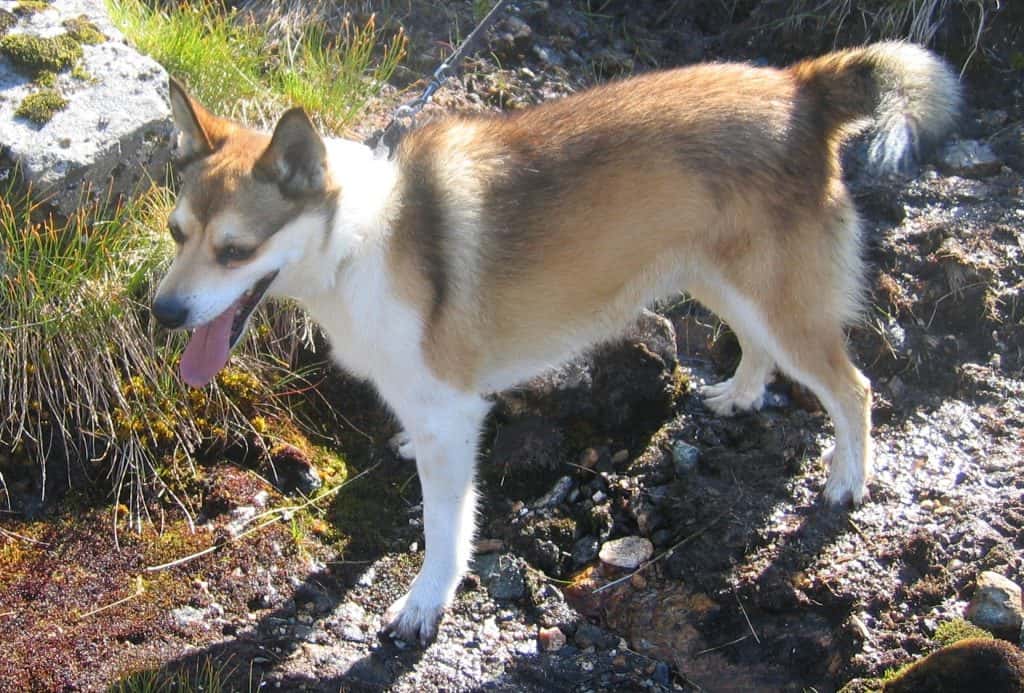 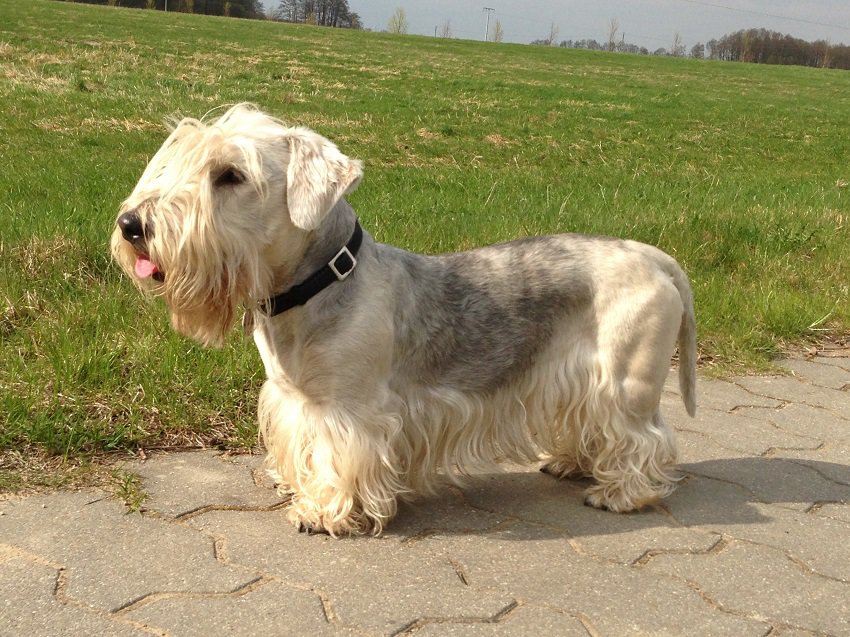 The Cesky Terrier is a rare breed of small terriers that were bred for hunting in the forests of Bohemia in the Czech Republic. A man named Frantisek Horak is credited with the creation of the Cesky Terrier. Horak purchased his first Scottish Terrier in 1932 and spent years studying the dog and began breeding them after he felt they were adequate enough to hunt hare, fox, and red deer in the Bohemian woods.

In 1940, Horak bought a Sealyham and spent nine years studying this breed before he felt ready to breed it with a Scottish Terrier to produce the perfect hunting dog. Horak made several attempts to breed a Scottie and a Sealyham until he was satisfied with the characteristics of the dogs that were produced. Horak’s work finally paid off in 1963 when the Cesky Terrier was first recognized Federation Cynologique Internationale (FCI) as an established breed. 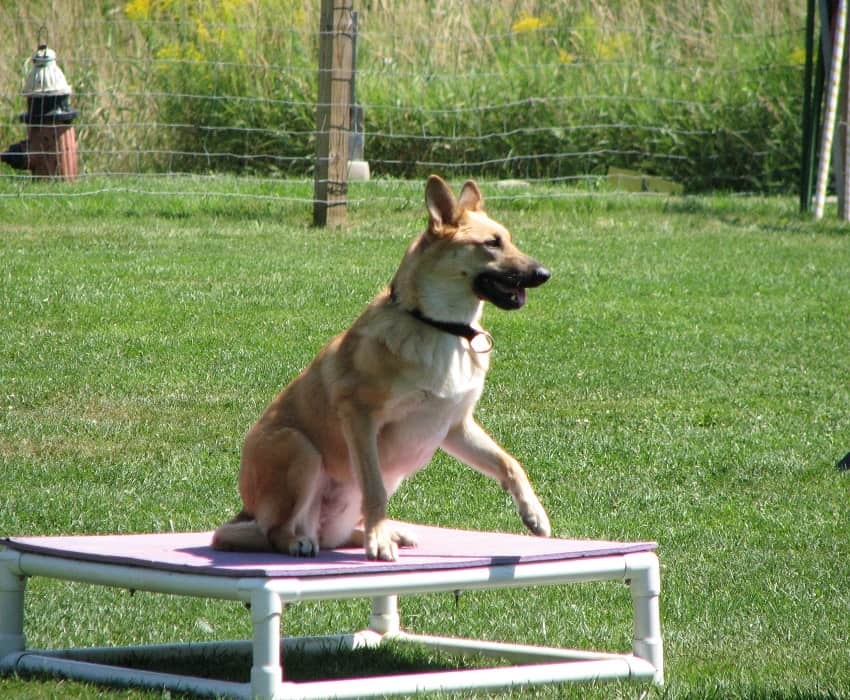 The Chinook is a rare breed of sled dog that was founded by Arthur Treadwell Walden, a sled-dog driver, author, explorer, and innkeeper from Wonalancet, New Hampshire. To establish the Chinook breed, one of the dogs that Walden used was a descendant of Admiral Peary’s Greenland husky lead dog, Polaris. The other founding dog was a mastiff-type dog and they produced a litter on January 17, 1917.

Walden named one of the male puppies Chinook after one of his previous sled dogs. All Chinooks trace their linage to the first male Chinook. Due to its limited lineage, the Chinook was recognized in 1965 by Guinness World Records as the world’s rarest dog breed. 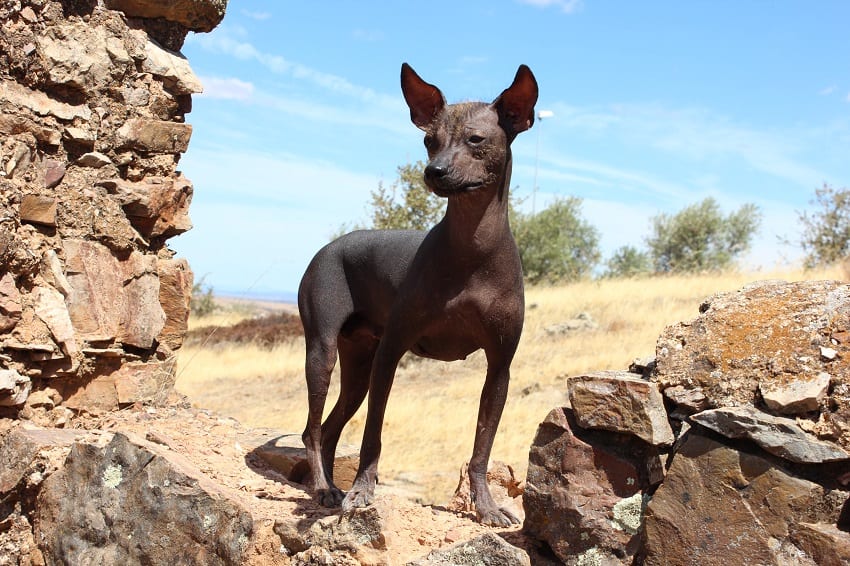 Peruvian Inca Orchids were well-documented in Moche, Incan, Chimu, and Chancay history. The oldest depiction of a Peruvian Inca Orchid dates back to 750 CE. According to the history of the breed, the original hairless dogs in Peru were small, but were later bred with the dogs that the Spanish Conquistadors brought with them. This interbreeding has resulted in three distinct sizes of Peruvian Inca Orchids. 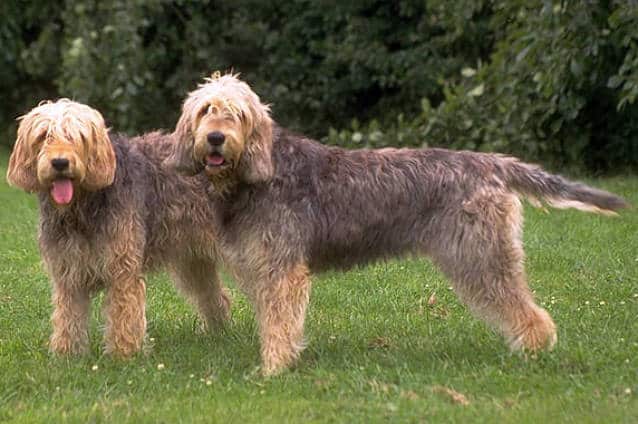 With fewer than 800 individuals currently left in the world, the Otterhound is the rarest dog breed in the world and one of the most endangered. The Otterhound originated in the United Kingdom, where most of the current population is located, and were bred to hunt otters. In medieval England the otter population was unchecked and consuming the river fish that were a valuable food source.

The Otterhound’s ancestry may stretch as far back as the 12th century, but the current version of the breed appeared in the late 18th century. It is believed that Otterhounds have Bloodhound, several rough-coated French hound breeds, as well as the extinct Southern Hound blood in its background.