Apex Legends is a free-to-play online game released by Respawn Entertainment in 2019. The game was developed as a battle royale, a hero shooter game for all the major gaming platforms. Since its release, the game has come up with 13 Seasons, all carrying different playable characters and purchasable weapons.

Players compete in matches, before which they need to select the pre-designed characters known as “Legends”. One of the most popular characters is Bloodhound, a recon Legend unlocked by default. They have a signature black raven to help them find the enemies and can change skins as a part of the cosmetic items.

The Bloodhound skins are divided into Mythic, Legendary, Epic, Rare, and Common Rarity skins, with only one Mythic skin and 26 Legendary skins – the most sought-after attires for the players.

We have researched the rarest Bloodhound skins your character would look great in!

11. Will of the Allfather 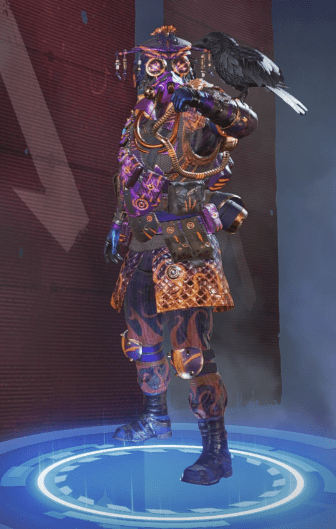 Will of the Allfather is a Rare Bloodhound skin, released in September 2020. Respawn Entertainment partnered with Amazon to add this skin for free, but only for Prime Gaming Subscribers.

The players with this Exclusive subscription were able to claim the skin from September to October 2020.

It’s not a Legendary Rarity skin, but it’s still one of the most sought-after, as it is unknown if the skin will be available again. There’s no cost or crafting material available, so only the lucky ones have it.

The skin is more colorful than usual Bloodhound, but it seemed to work in its favor. 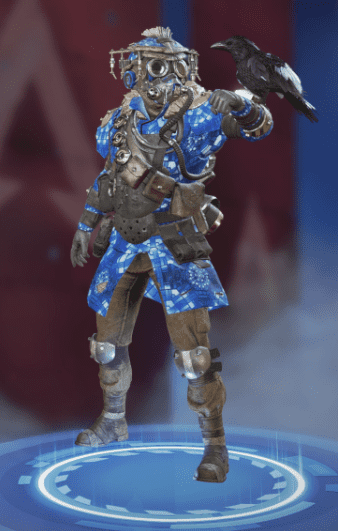 Plus pack was available in the preseason of the game, from February to March of 2019.

Deep Blue Bloodhound skin has animated strobes running through its armor, with dominant blue color over the black base.

It’s unknown if the skin will be available again, as only the players who have played the game since its release have it.

9. Master of the Hunt 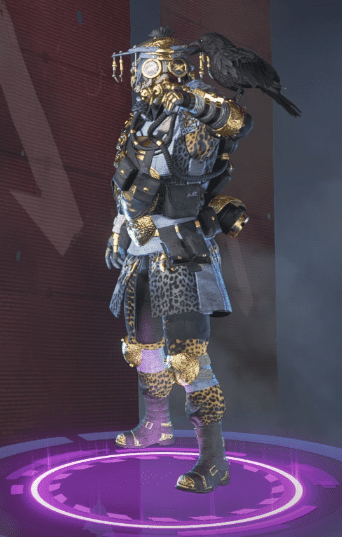 Master of the Hunt Bloodhound skin was released as a part of the Legendary Hunt Event in Season 1. Not much is known about how to get the skin, but it’s rare to find it.

The skin was available through the limited loot boxes during the event.

Master of the Hunt has golden details over his dark armor, with leopard print on his arms and legs. The skin wasn’t available for purchase after the event, and it’s unknown if it will ever be. Epic Master of the Hunt Bloodhound skin was the main prize for the Top 5 players in the Elite Top 5 match. 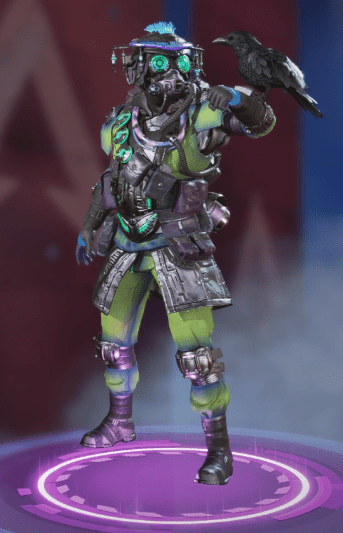 Another Epic Rarity Bloodhound skin on the list is the Cyber Hunt skin, and it’s very rare to find. Cyber Hunt skin was available during the System Override Collection Event in Season 4.

Overclocked, Roll Out, and Our Powers Combined skins were available during this event too.

The skin has multi-color, galaxy-inspired armor, with green, blue, and purple details over the usual dark attire. The Bloodhound has a mask with an oxygen tank on its head and a black raven on its arm, its loyal servant. 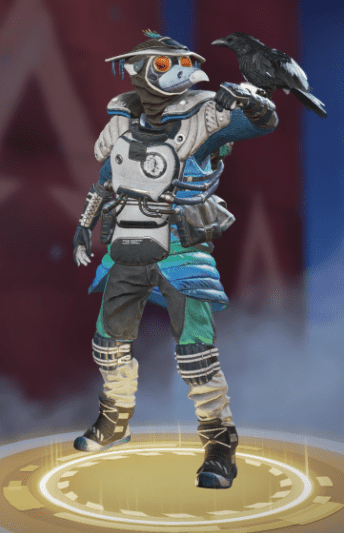 Frosthaven is the newest Bloodhound skin on the list, as it was available for claim from February to March of 2022. This Bloodhound skin was a part of the claimable loot for Prime Gaming Subscribers.

The players needed to log in to their Twitch account and claim the skin for free during the limited time.

It’s unknown if this Bloodhound skin will be available again. Frosthaven is a Legendary Rarity skin with white-blue thick armor over his dark base clothing.

It has a winter-type attire with puffer sides and a blue satchel on his shoulder. 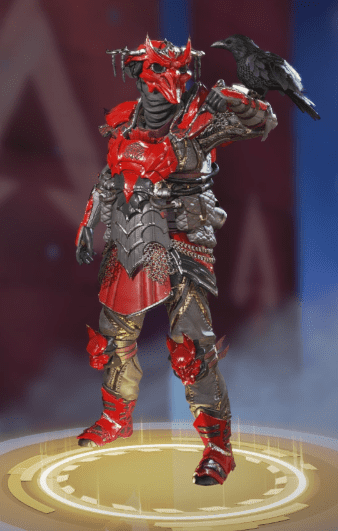 The Intimidator is dressed in black and red attire, with reshaped Bloodhound’s armor and a red mask on top of its head, with so-called devil horns. 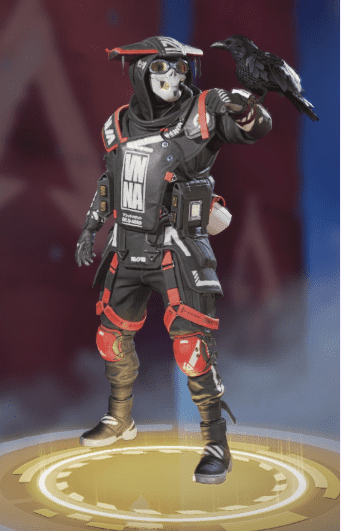 This skin is unlocked only by players on level 50 of the game.

The skin has a sleek, streetwear-inspired look, with the signature phrase “vinna” stylized as “VNNA” on its chest. It also has “Bloodhound” written in Japanese kanji on the shoulder pads.

The movie “Mad Max 2: The Road Warrior” is the inspiration behind this skin. 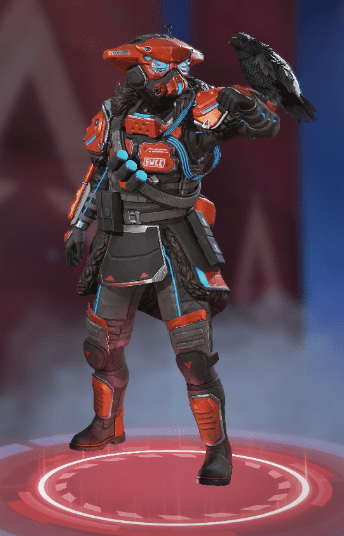 Apex Legends introduced Prestige evolving skins to the game at the beginning of this year, starting with Bloodhound skins. The Apex Hunter was available for purchase during the Anniversary Collection Event in Season 12.

The skin adds layers to the Bloodhound as the next tier is unlocked. 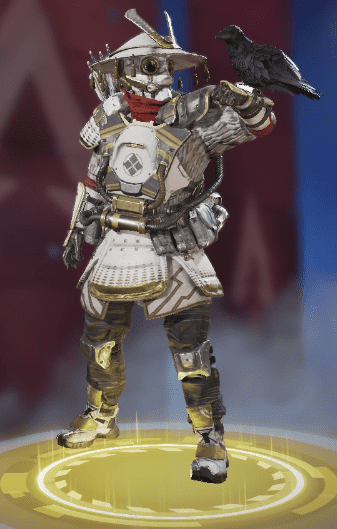 Great Winter was the most sought-after Bloodhound skin because it required 10,500 Legend Tokens to buy. The skin was available in the Apex Item Store in 2019, and the last time it was seen was in December 2021.

It’s unknown if it will be available again.

This Bloodhound skin requires the Legend to have Imperial Warrior skin and 10,500 Legend Tokens, one of the four Apex currencies.

Imperial Warrior is not part of any in-game Events, as it can be crafted through the Legends Menu for 1,200 crafting materials or bought for 1,800 Apex Coins.

2. Protector of the Patch 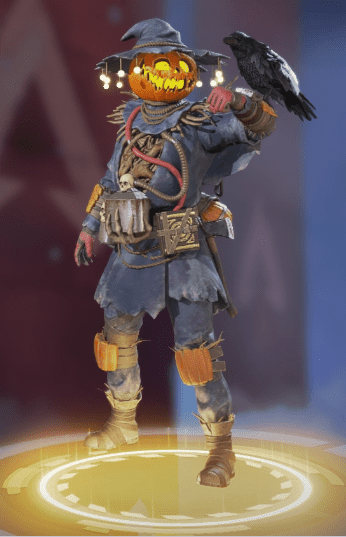 Protector of the Patch is a Legendary Bloodhound skin from Season 3. This skin was released as a part of the Fight of Fright Event, a Halloween Event in 2019.

It’s unknown if the skin will be back for Halloween this year, but fans are waiting patiently.

This skin is a head taller than most other frightening game options, with a dynamite recolor of the skin and a jack-o-lantern on its head, making it look like a scarecrow. A curious addition is the pumpkin knee pads. The black raven is standing on its arm, as usual. 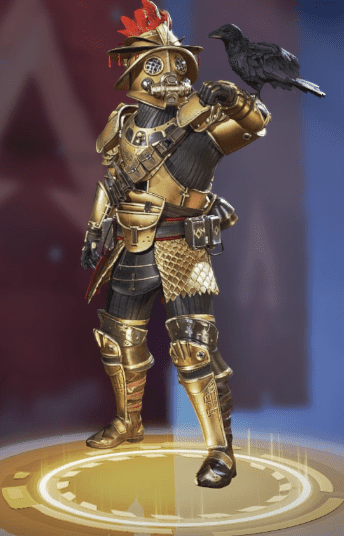 The rarest Bloodhound skin on the list is The Centurion. This skin is modeled after a Roman soldier’s aesthetics, with complete armor, scaled metal plates, chain mail, and a helmet with red feathers. The Centurion is accompanied by a black raven, like the rest of the skins.

This skin has a Legendary Rarity, as it was released in 2019 during the Iron Crown Event during Season 2.

The Centurion returned during the Evolution Collection Event in 2021 and again in April 2022 in the Unshackled Event store. It’s still a mystery if it will make its return again next year.

Bloodhound is a default playable Apex Legends character and an outstanding hunter with stellar tracking abilities, making him unparalleled at finding enemies. – It is among the most-played Legends in the game despite being one of the oldest.

The game was a significant success due to its top-notch battle royale experience, especially as a multiplayer online game designed for gaming buddies. Thus, Apex Legends is engaging, ensures players can avoid overly relying on others to succeed, and takes no time to learn the rules and expectations.

Yet, the whole team must die before the game over ruins the joy, allowing people to get into the mood. On top of that, characters often have abilities that would surprise even the most imaginative minds, and their unique skins are a good match.

That is why Apex Legends has a loyal player base and continues innovating what people can do and wear in the game.