Dinosaurs are a testimony to the world we never met and a warning of what might be. But despite the available information, they’re still a mystery and a source of inspiration and fear.

According to Nautilus, people find dinosaurs compelling because they appeal to something innate in the human psyche.

As a reminder of prehistoric times when humans co-lived with gigantic lizards, these reptiles represent no actual threat while conveying an exciting danger.

The clade (natural group) Dinosauria appeared during the Triassic period – the first and shortest span of the Mesozoic Era. However, researchers are still actively investigating how the evolution of dinosaurs unfolded.

These impressive beings were the dominant force during the Jurassic and Cretaceous periods. The dinosaur lineage is also remarkable, as birds are their distant relatives and the only ones to survive the Cretaceous–Paleogene extinction event.

Moreover, dinosaurs were bipedal (moving by using two limbs) and quadrupedal (using four limbs to move), and most had crests and horns. Contrary to popular belief, many dinosaurs were small and only 50 cm (20 inches) long.

Ultimately, every specimen was unique. But this list explores some of the rarest dinosaurs. 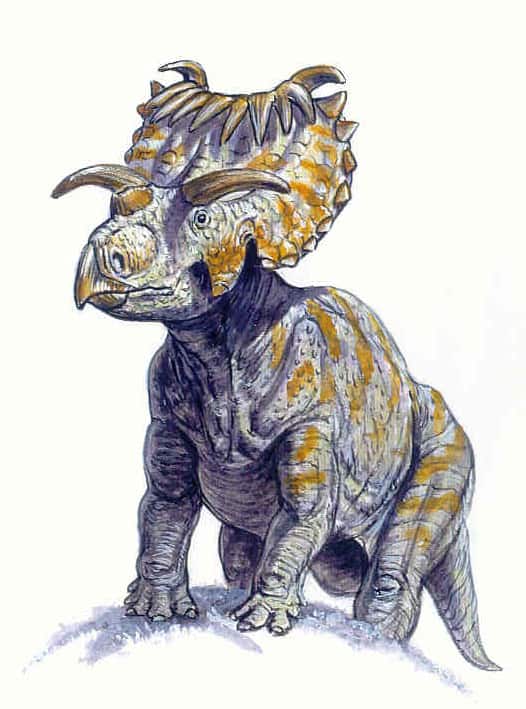 Kosmoceratops was an odd-looking dinosaur with 15 spikes and horns on its large head. The full name of this reptile was Kosmoceratops richardsoni, meaning the ornamented horn face.

Even though this dinosaur looks daunting, he likely used its spikes to appeal to potential mates. Moreover, Kosmoceratops had a fast metabolism and teeth that indicate it was an herbivore and ate fibrous plants and fossilized dung.

So far, paleontologists have discovered two Kosmoceratops specimens. These reptiles lived in a terrestrial habitat and reproduced by laying eggs.

Qianzhousaurus had prominent bulky teeth, deep-set jaws, and an elongated snout. Its rarity lies in being unlike other tyrannosaurids, as this reptile had more narrow small cranial bones in the upper jaw and no vertical ridge on the surface of the largest part of the hip bone called the ilium.

The construction of an industrial part led to the discovery of the holotype (a single physical example of an organism) specimen in 2010. This breed was unique, living at the tail end of the age of dinosaurs.

Qianzhousaurus is also known as Pinnochio Rex due to its long snout, resembling a crocodile. That likely played the central role in sexual selection, giving an advantage to males with the more prominent beak. Nothronychus was a large theropod of a highly peculiar appearance, explaining its nickname – the slothful claw. The first specimen (Nothronychus mckinleyi species) was discovered in 2001, while the second discovery happened eight years later (Nothronychus graffami species).

This bizarre-looking reptile preferred an herbivorous diet and had a large pot-belly abdomen. It also had a long neck and a small head, allowing this dinosaur to reach the highest trees and choose specific branches.

Even though Nothronuchus had long and sharp claws, their principal purpose was defense and to bring the branches closer to the head. Thus, despite having muscular legs, this dinosaur likely couldn’t move fast. 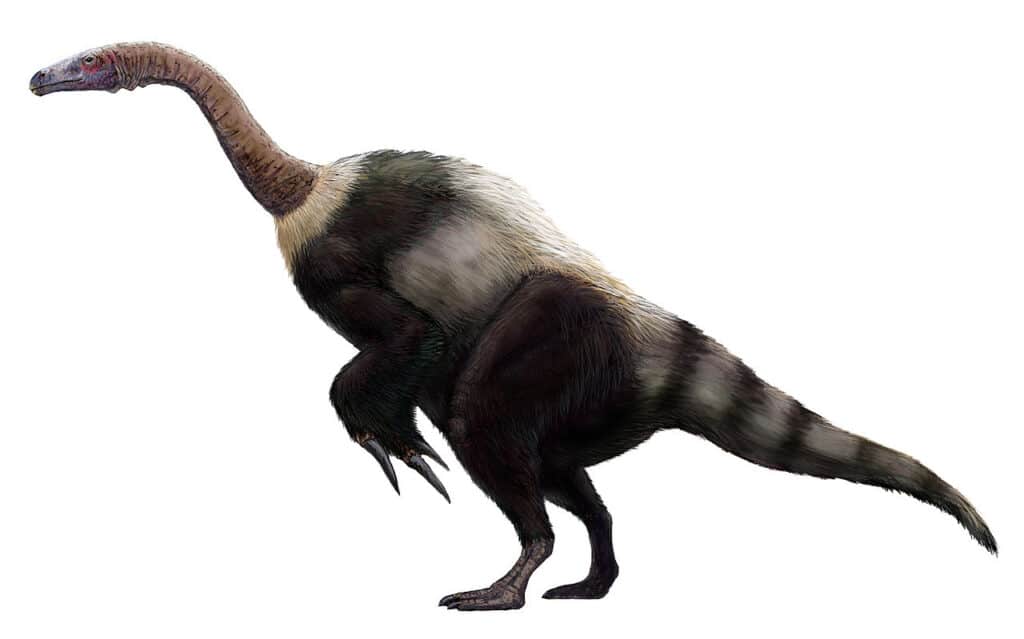 Suzhousaurus is considered a therizinosauroid, not a therizinosaurid, due to its distinctive upper arms (humerus). This unique dinosaur resembled a large rodent and weighed roughly 3,100kg (6,860 pounds).

However, most of the members of this group left partial skeletons, making it more challenging to understand the characteristics of Suzhousaurus. This dinosaur was likely an herbivore, but researchers don’t know whether they used their large claws to break into their prey or for defense and protection.

These reptiles had massive trunks, and their skin was likely covered with feathers. They lived between 30-80 years. Incisivosaurus was an herbivorous theropod of a smaller build. Their diet preference is also among the most significant characteristics of these reptiles, as they adapted to eating plants or a combination of plant materials and animal matter.

Moreover, these dinosaurs resembled ostriches and had sharp front teeth, similar to rodents. But Incisivosaurus was likely among the primitive group members, as it had multiple teeth, contrary to advanced oviraptorids, most of them toothless.

This reptile was feathered, had a large sloth, and had two enlarged incisors. Incisivosaurus also appeared in popular culture various times, including in Prehistoric Park, Dino Dana, and Gigantosaurus. Gigantoraptors reached massive sizes, were as heavy as cars and were likely the largest feathered reptiles that walked the Earth. The feathers on its body probably covered eggs during brooding and had nothing to do with body regulation.

This theropod was rare because it had prominently thin and bony limbs. It is unknown what Gigantoraptors ate, but their skeleton implies a diet that included unfertilized eggs, fruit, and smaller dinosaurs.

Oviraptorosauirian eggs were long, and Gigantoraptors had a fast growth rate. However, paleontologists only discovered one type of specimen, LH V0011, and probably died at age 11. 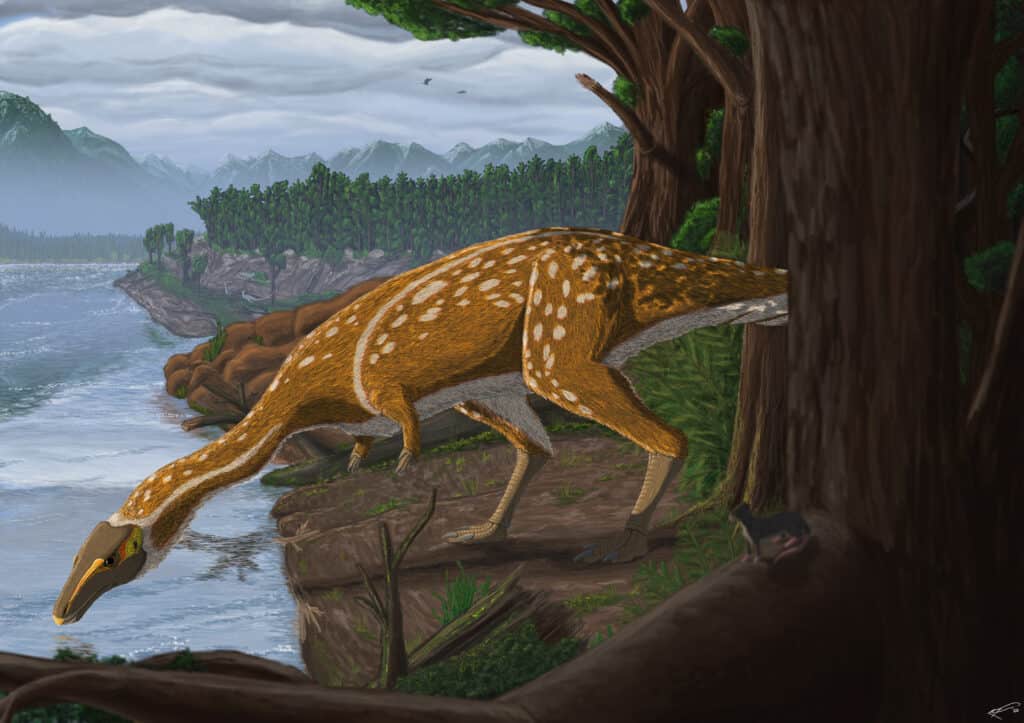 This medium-sized reptile had a light build but a relatively long body. However, it was a very shallow-chested theropod compared to its size.

This dinosaur was rare due to its short hindlimbs and being a close relative of Limusaurus – an odd herbivore or omnivore ceratosaurian. The origin of the genus name Elaphrosaurus comes from the Greek word elaphros, meaning light to bear.

In 2020, paleontologists found the first elaphrosaur known from the Australian continent. This fossilized vertebra lived 110 million years ago and belonged to the enigmatic group of slender ceratosaurian dinosaurs. 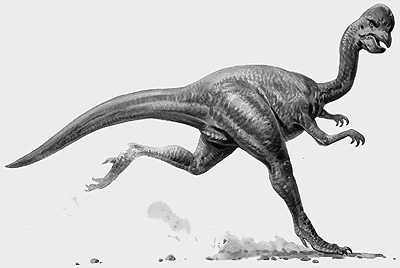 Paleontologists found the first Oviraptor in Mongolia in 1923, and for a long time, this dinosaur was only known from a holotype. But the single fossil was enough to determine this reptile was a small, feathered oviraptor with a wide lower toothless jaw and a head with a crest.

However, an international team of paleontologists surprised the world with a rare discovery in March 2021. They found an oviraptor brooding upon 24 eggs. The babies were ready to hatch, and the dinosaur was likely a caring parent who gave life to protect its offspring.

Oviraptor was omnivorous and ate eggs, shellfish, and hard fruits. Moreover, the curved lower and upper jaws show this dinosaur was physically strong and could crush solid objects. 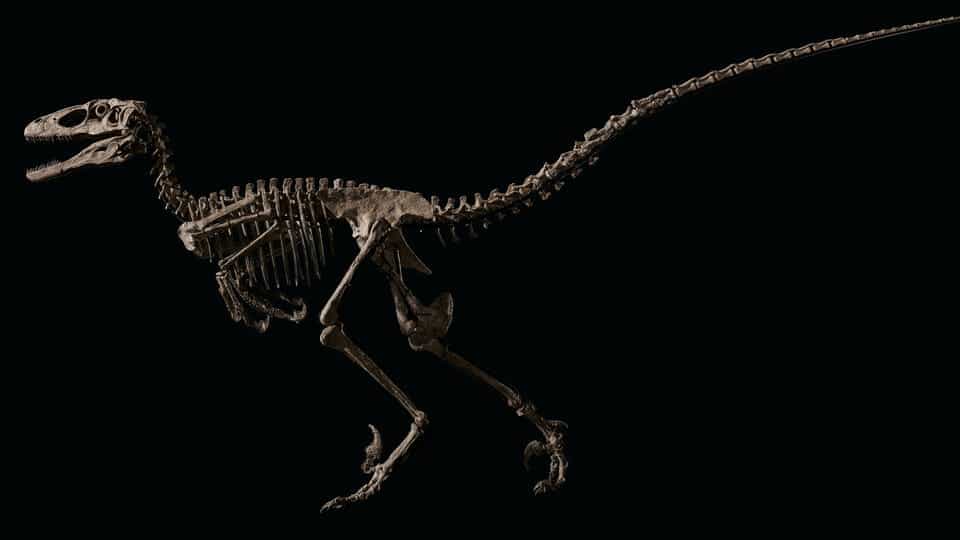 The Greek words deinós and ónux are the origin of Deinonuchus’s name, meaning a terrible claw. Paleontologists have only described one species – Deinonychus antirrhopus, and these dinosaurs could grow up to 3.4 meters (11 ft) long and had a ratite-like spine.

Moreover, these reptiles had oddly large talons shaped as crescents on the second toe of each back foot. They pursued a carnivorous diet and used their front claws for hunting.

Hector is the most complete skeleton ever found of the Deinonychus antirrhopus dinosaur, and it was the prototype for Jurassic Park’s Velociraptor. This unique fossil sold for $12.4 million at Christie’s Auctions and Private Sales in May 2022, making Hector the only complete specimen in private hands. 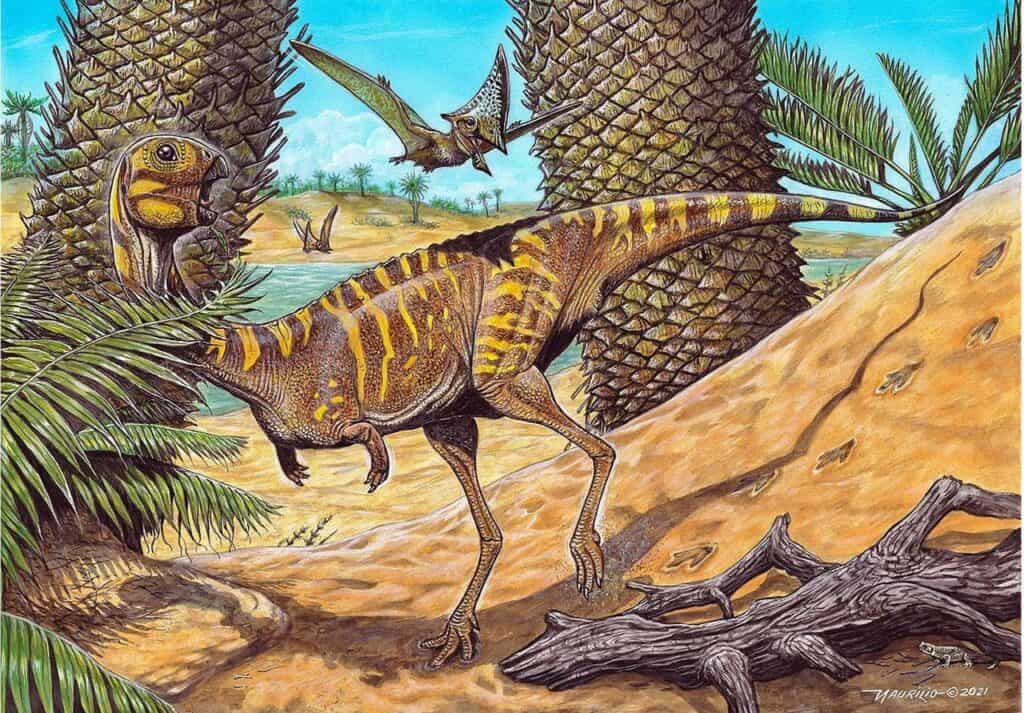 In December 2021, Brazilian paleontologists unearthed a new fossil creature and named it Berthasaura leopoldinae, making this the rarest dinosaur to this day. This reptile belonged to the nosaurid ceratosaurian theropod and is distantly related to Limusaurus.

Even though most ceratosaurians were carnivores, Berthasaura was toothless. – That forced paleontologists to rethink the evolutionary loss of teeth among all dinosaurs within this group. Moreover, this reptile lived between 80 million and 70 million years ago in Goio-Erê Formation, an ancient Brazilian desert.

The generic name of this dinosaur is a homage to Bertha Lutz, a women’s rights activist, while the specific name honors Maria Leopoldina, the first Empress of Brazil. However, the moniker Berthasaura is among the few dinosaurs whose names pay tribute to women.

Despite all the research, dinosaurs are still mysterious creatures whose existence and extinction are a reminder of the changes and challenges life on this planet brings. Because of that, it’s always exciting when researchers and paleontologists uncover a new species.

That also means what we consider the rarest dinosaur today could change in the future. But we look forward to discoveries, ready to update the list and add new unique reptiles.

10 Most Expensive Vans Ever Sold