According to archeologists, Egyptians and Babylonians started measuring time at least 5,000 years ago. These societies used early forms of the calendar to schedule group activities and plan cycles of harvesting. However, since lightbulbs didn’t exist yet, the moon and sun had a much greater impact on society’s idea of time during those years.

Basic mechanical clocks hit the scene in the 13th century. The earliest recorded mechanical clock was installed at the Priory Church of St. Peter in 1283, setting the stage for the clock industry of the 1300s.

Clocks got better at precisely measuring time over the years, but sunlight still influenced timekeeping well into the 1800s. Since sunset would occur slightly later or earlier depending on your location, clocks throughout Great Britain were typically out of sync by a few minutes. That was the norm until Great Britain established a national time standard in 1852.

By 1884, most nations had standardized time and 24 global time zones were established.

Today, most people tell time with digital clocks, but mechanical watches are still popular — and some watches get really expensive depending on the brand. Here are the top 10 most expensive watch brands in the world. 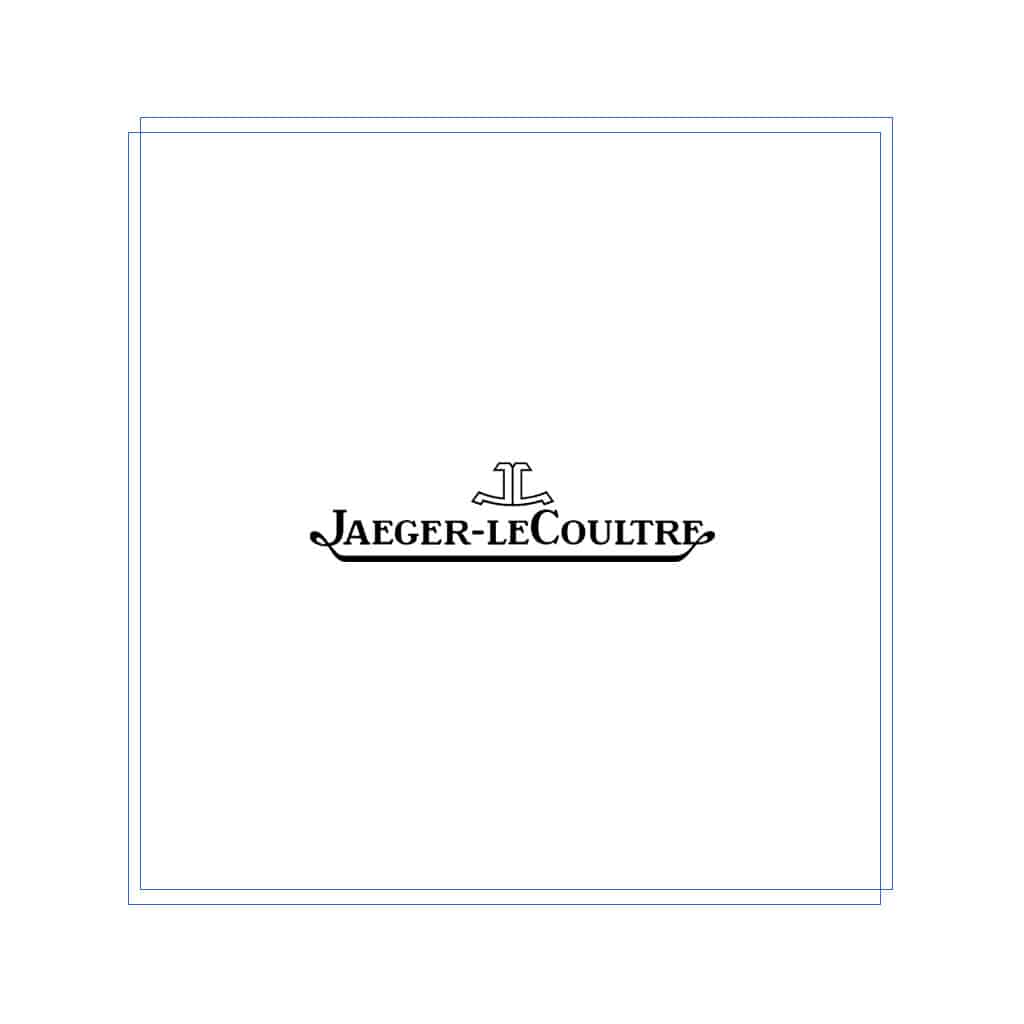 Jaeger-LeCoultre has roots way back in the 1800s, but the brand didn’t feature “Jaeger” at that time. The Jaeger name joined the LeCoultre brand in the early 1900s when Edmond Jaeger challenged Swiss watchmakers to produce an ultrathin watch system (called a movement) he’d invented. Jacques-David LeCoultre, the grandson of LeCoultre founder Antoine LeCoultre, accepted the challenge and successfully produced the movement. This led to the formal creation of the Jaeger-LeCoultre brand in 1937.

Today, Jaeger-LeCoultre watches have a huge price range, but you could easily spend $100,000 or more on one of the company’s luxury timepieces.

Jaeger-LeCoultre was established in 1937, but a tariff prevented that name from international use until 1985. 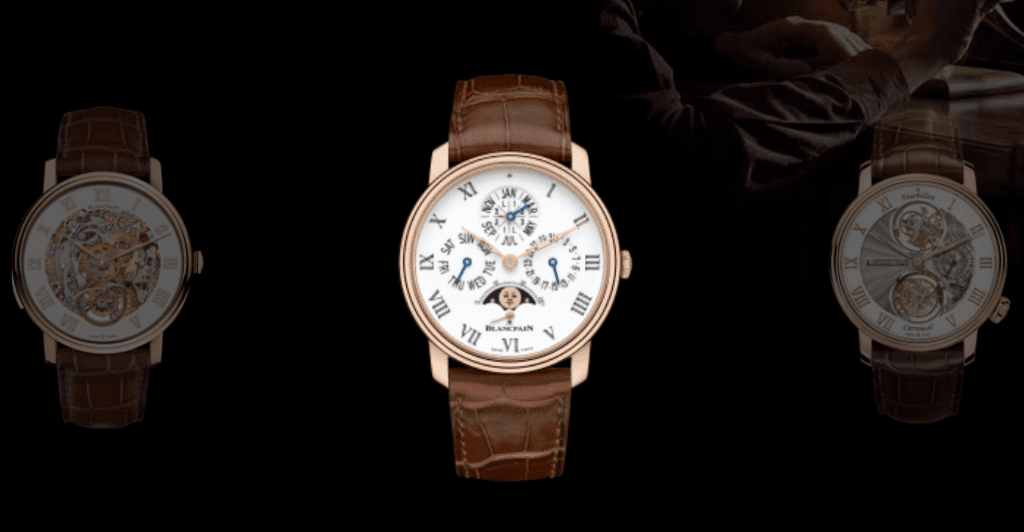 The Blancpain watch company was founded in 1735 by Jehan-Jacques Blancpain. His eponymous company would go on to remain a family-owned business for almost 200 years.

As such an old company, Blancpain has been at the center of several interesting historical events. Notably, the company became the first major watch manufacturer to have a female CEO.

The Blancpain brand is known for making luxury watches, and its prices rise to the occasion. Most Blancpain watches come with price tags ranging from about $40,000 to $200,000.

Like many watch brands, Blancpain has deep roots in Switzerland. As far back as 1859, the brand was crafting movements for prestigious brands in Geneva.

Approximate Price Range: Up to $300,000
Year Founded: 1995
Company Fact: This brand is known for its avant-garde design
Location: Switzerland 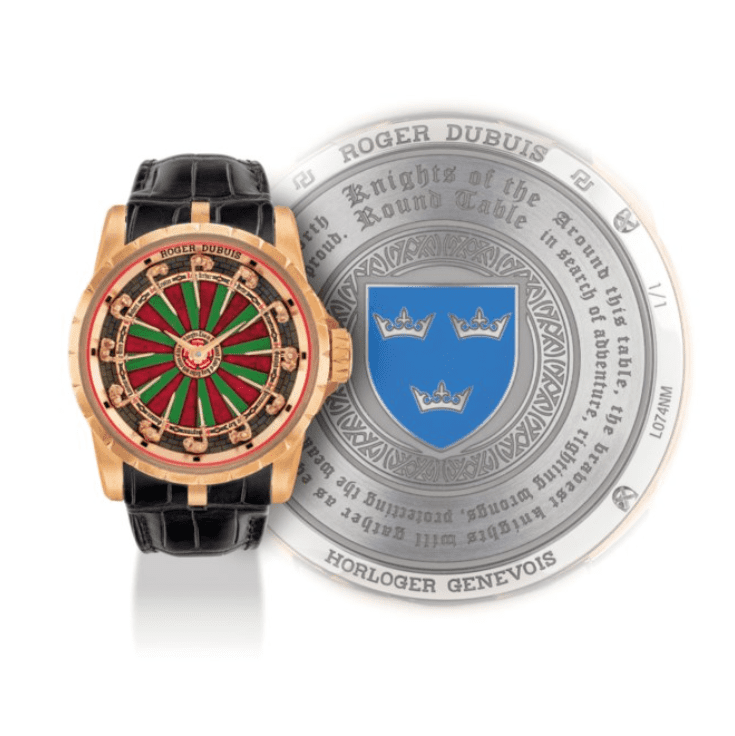 Unlike many brands on this list, Roger Dubuis is a relatively young company. The brand was founded in 1995 on principles of “meticulous watchmaking expertise and avant-garde design.”

Other models, like those found in the brand’s Excalibur collection, easily sell for more than $100,000. 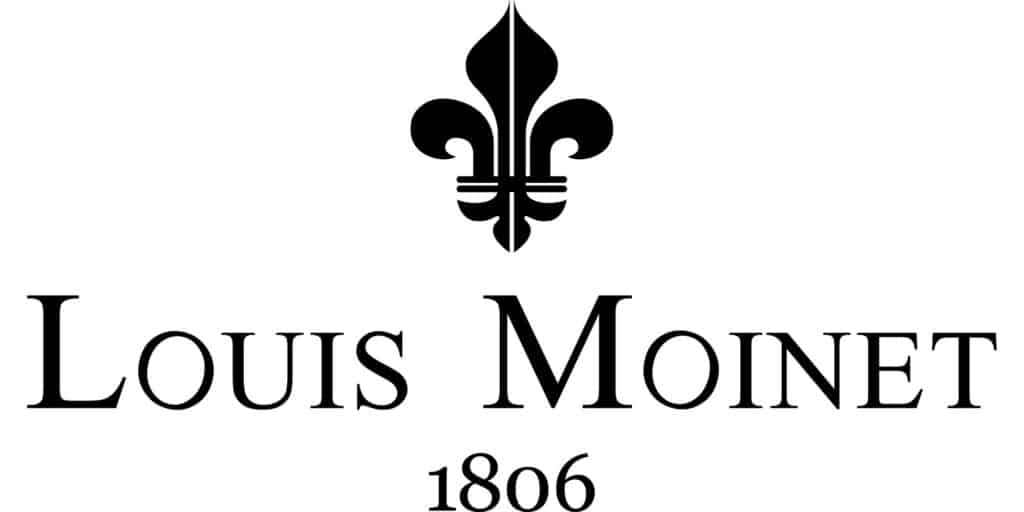 The Louis Moinet watch brand has a slightly complicated history. The brand itself is named after a watchmaker who originally worked as a sculpture, painter, and architect. At the age of 20, Louis left his home in Paris to study these fields, eventually returning to Paris to teach at the Academy of the Arts at the Louver.

Shortly after beginning his professorship, Louis realized he’d yet to explore his interest in watchmaking and decided to start learning about the art form. Over the next 10 years, Louis studied the craft of designing watches, an effort that proved worthwhile when he became president of the Chronometry Society of Paris.

Louis’s watches would be collected and worn by high-profile figures like Napoleon and King George IV, but his death in 1853 marked the end of Louis’ career.

Louis Moinet created the first chronograph, a machine used to measure time in terms of split seconds, seconds, and minutes.

Approximate Price Range: Up to $330,000
Year Founded: 1775
Company Fact: The Breguet brand made a watch that took 44 years to produce
Location: Switzerland 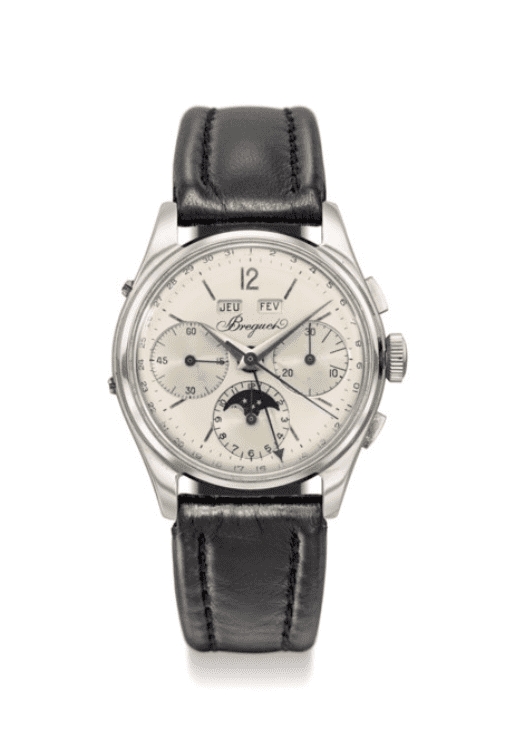 Breguet’s history runs back to 1747 when Abraham-Louis Breguet was born. Breguet eventually became an apprentice under a master watchmaker. The name of that watchmaker remains unknown, but we do know that Breguet’s time with them was the starting point of his career as a watchmaker and the Breguet company as a whole.

As such an old brand, Breguet has played an innovative role in the development of watchmaking. Notably, the brand is behind the tourbillon, a revolutionary movement design that reduces the negative impact of gravity on pocket watches.

Abraham-Louis Breguet got connected with the craft of watchmaking through his stepdad, Joseph Tattet. 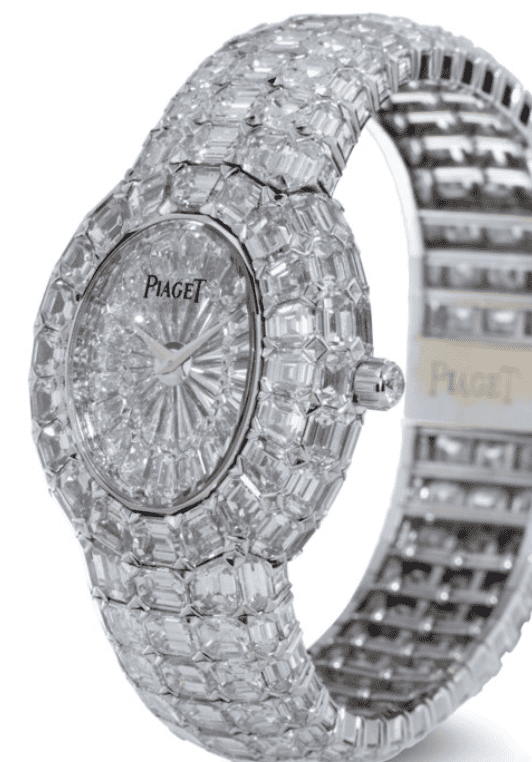 The Piaget brand produces some of the most expensive watches in the world. After getting formally registered as the Piaget company in 1943, the brand would establish itself as a leader in the world of luxury watches — with prices easily hitting $600,000.

Although many Piaget watches are purchased new, some of the brand’s timepieces get particularly pricey at auction. In late 2010, a Piaget watch featuring 18-karat white gold and diamonds sold for $602,500 at auction, more than two times higher than its estimated value.

According to the Piaget company, brand founder Georges-Édouard Piaget’s motto was “always do better than necessary.”

Approximate Price Range: Up to $1.7 million
Year Founded: 1755
Company Fact: Vacheron Constantin is the oldest watchmaker in continuous operation since it was founded
Location: Switzerland

Vacheron Constantin was founded in 1755 by Jean-Marc Vacheron. Since then, the company has remained in constant operation, creating high-end watches that sell for thousands.

Although Vacheron Constantin was in operation for over 100 years prior, the brand opened its first store in 1906. The new venture was fueled by growing demand among wealthy buyers like Queen Mary of Romania, a development that required “appropriate surroundings” to display the brand’s expensive products.

The pocket watch that sold for more than $1.7 million was only expected to fetch about $500,000 at most. 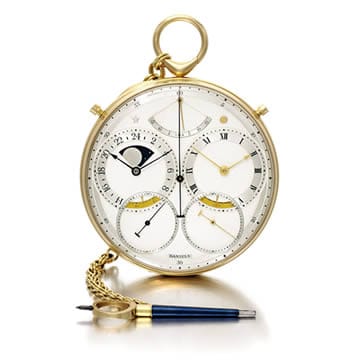 The George Daniels brand was actually run by a single watchmaker. George started creating timepieces in 1953 and quickly became a distinguished figure in the world of luxury watches. His work was done almost entirely by hand, a rare and impressive feat that set apart his watches and made them very expensive.

Today, George Daneils’ watches can sell for millions. In July 2019, a Daniels watch sold at auction for nearly $5 million, setting the record for the most expensive watch created by an independent watchmaker sold at auction.

Like many men of the time, George Daniels joined the British army in 1944. 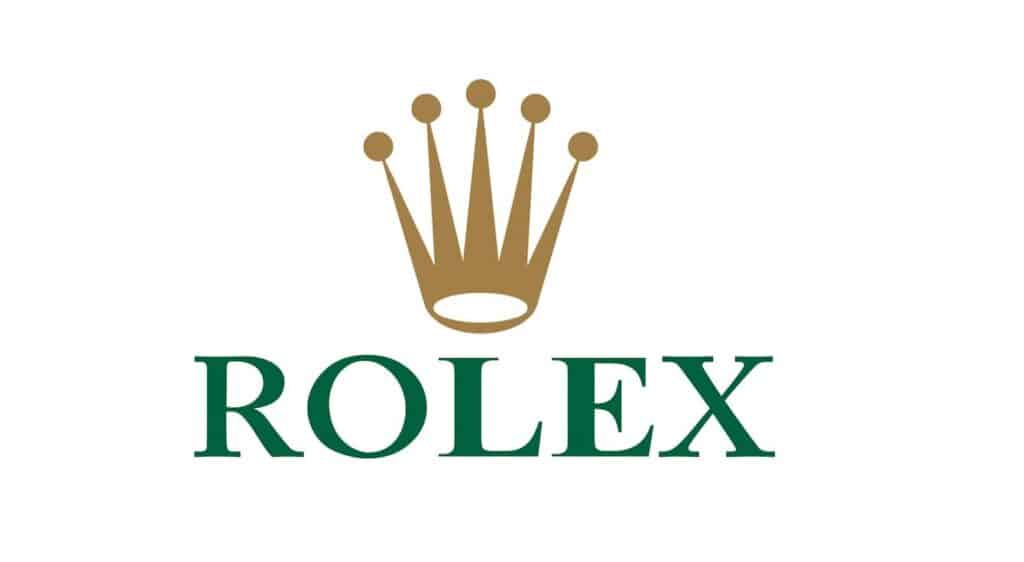 Although prices can vary widely, the brand is behind some insanely expensive watches. Many of these expensive timepieces sell new, but used Rolexes can cost even more — especially if they have an interesting story behind them or a famous owner. One example is actor Paul Newman’s Rolex which sold for nearly $18 million around 2017.

Like many watch companies, the Rolex brand has headquarters in Switzerland. Interestingly, the company produces more than 2,000 watches per day and generates $7 billion in sales each year. 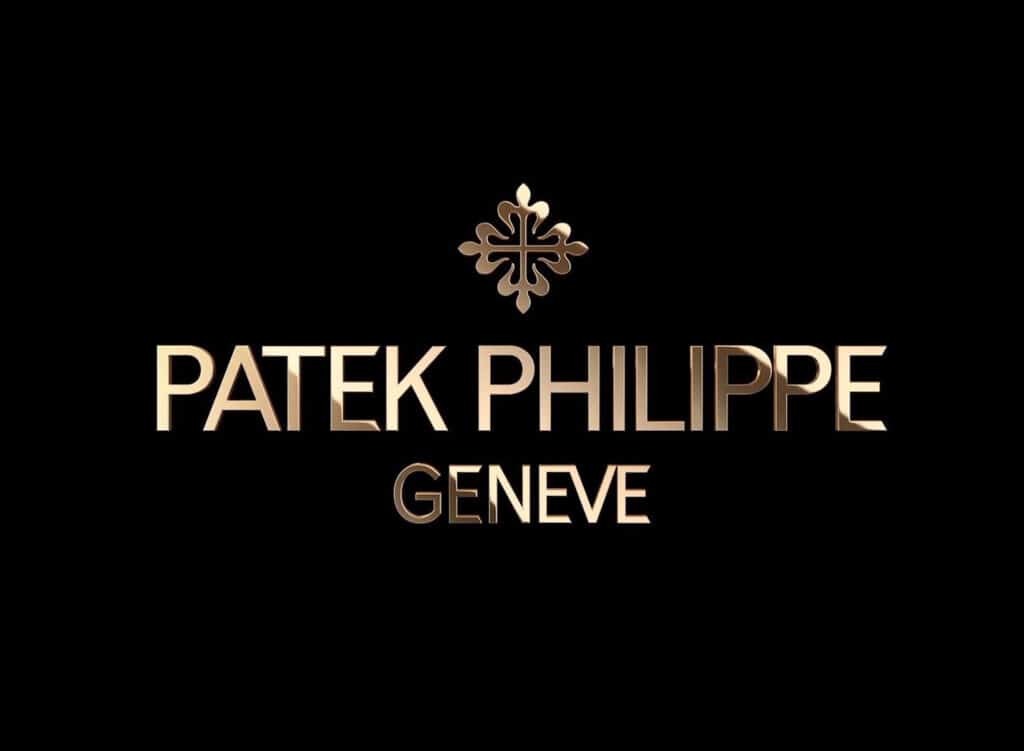 Patek Philippe is the most expensive watch brand in the world.

With prices topping off at more than $30 million, Patek Philippe watches are easily the most expensive in the world. These timepieces got their start in the late 1830s when Antoine Norbert de Patek and François Czapek founded Patek, Czapek & Cie, the brand that would one day become known simply as Patek.

Over the years, Patek has produced a lot of very expensive watches, but the most expensive one sold for $31 million at auction. This watch was a one-of-a-kind design and sold to benefit charity.

Christie’s held the auction that sold the record-setting Patek watch.

8 Most Expensive Porsche Models Ever Made