The most expensive cities in the world have currencies that rival or dominate America’s, limited housing that is some of the priciest per month anywhere, and are likely huge destinations for food, tech, tourism, schooling, or more. 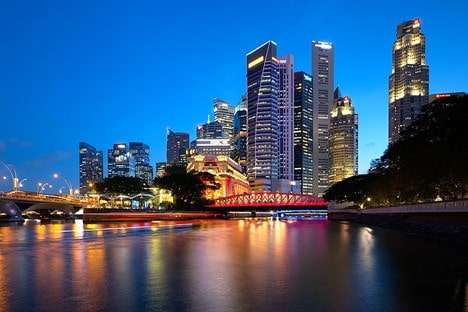 While many cities in Asia have been up and down the list of the world’s most expensive cities over the years, Singapore now takes one of the top spots. Technically called the Republic of Singapore, Singapore is a sovereign city-state on an island in Southeast Asia – not exactly the normal definition of a city but one we’re willing to accept.

There are many reasons that Singapore ranks among the world’s most expensive cities, including its renowned cleanliness and use of green energy. Grocery, car, and travel prices are exorbitant in Singapore, while the food is infamous around the world not only for being delicious but also for being surprisingly cheap.

The name “Singapore” comes from “Singapura,” which is the English transliteration of the Malay name for the country, which means “lion city” in Sanskrit.

Hong Kong is not technically a city by the standards of the Chinese government, which refers to it as a special administrative region. However, its status as a metropolitan center with local level government and housing give it the characteristics of a city in everything but name. Hong Kong is one of the most densely populated areas on earth with sky-high housing prices to match.

With a population of nearly 7.5 million, you can bet that living in Hong Kong is a unique experience, one where housing is expensive and scarce. However, there are many cheap options available for food, unlike the European cities on this list.

Hong Kong is an area in China located East of the Zhu Jiang estuary (what the rest of the world calls the “Pearl River”) and is made up of an island ceded to Great Britain in 1842, a piece of the Kowloon Peninsula and Ngong Shuen Island, starting in 1860, and New Territories in the mainland, including 230 islands of various sizes.

You’ll know the luxury of Paris by the luxury of its locations. Not only is it home to the Louvre, the world’s most prestigious museum, and the Eiffel Tower, but the iconic Champs-Elysees, the amazing restaurants, and endless other attractions make it the world’s romantic vacation destination capital. This also makes it one of the most expensive places to live full-time.

Rent is not actually the city’s biggest expense – New York is much more expensive, believe it or not. Paris, the most visited city on earth, for Americans has the added issue of the Euro, one of the world’s most valuable currencies compared to the dollar.

Though the Eiffel Tower is now the city’s most recognizable landmark, it was originally built to be a temporary decorative installation for the World’s Fair in 1889. Aside from this renowned piece of architectural history, Paris also contains three full replicas of the Statue of Liberty, which you may know was originally sculpted and built in France. The most prominent stands on her own island in the river Seine, designed to be looking directly over the sea towards the one in New York. 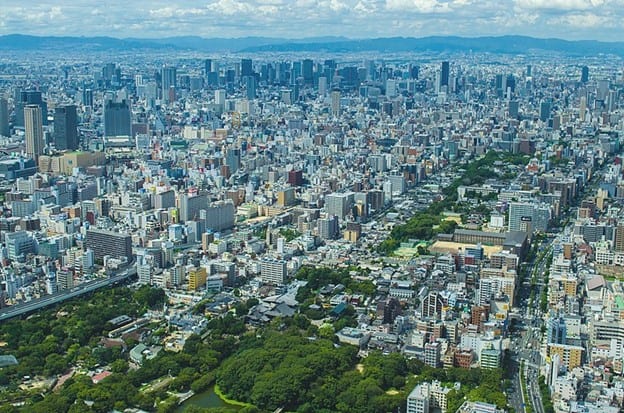 Osaka in the Honshu region in Japan is the most populous city in its prefecture (it’s the third most well-populated in Japan, with nearly 2.7 million residents). Though it isn’t as crowded as Tokyo, Osaka makes up for it with a very high cost of living, partly owing to Osaka’s long history as Japan’s central economic center (more on that below).

Due to the city’s very high food prices and rental rates, Osaka is one of the most expensive cities in the world, estimated to cost the average family of four around 480,000 yen per month to live (about $4,157).

Osaka was already a bustling regional port city by the 300s AD. By the 7th century, it was doing double duty as the capital of the empire, flourishing into Japan’s major cultural center during the Edo period, which started in 1603, a status that has continued to this day! 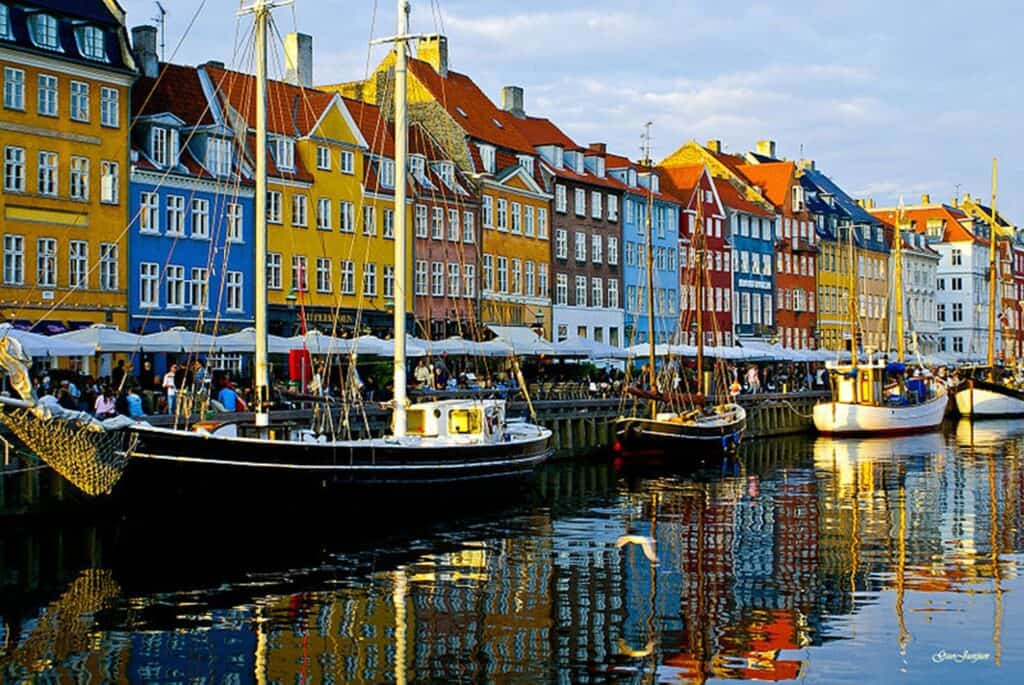 Copenhagen, the capital of Denmark, is a city with over 799,000 people. It’s more populous and urban than any other city in the country, though its origins are as a fishing village used by Vikings back in the 10th century. The cost of living in Copenhagen means that a family of four will have to pay around $4,234 per month (over 37,000 kroner).

A couple quick facts about Copenhagen. The Assistens Kirkegård Cemetery in Nørrebro, Copenhagen is the resting place of Hans Christian Anderson, the author of famous stories like The Little Mermaid. Everyone else in the world refers to a “Danish” when talking about that specific pastry type. Ironically, the Danish pastry in Copenhagen is referred to as “Viennese bread!” It’s only Danish everywhere else. 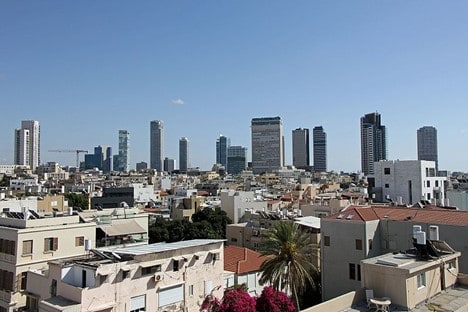 Tel Aviv, Israel has been steadily climbing the ranks of the world’s most expensive cities, due in large part to the rising value of Israel’s currency, the Shekel, in comparison to the U.S. dollar. Its cost of living for a family of four without rent is estimated to be about $4,361 per month.

Grocery and transportation prices have been the two main factors contributing to Tel Aviv’s rising cost of living expenses.

Tel Aviv was founded in 1909, originally to bring modern housing to citizens on the borders of Jaffa, an ancient port city. This is why Tel Aviv’s original name was “Ahuzat Bayit” which translates to “House Estate.” Its name was changed in only one year, however, into a play on “Tel Abib,” a biblical name that means “of Spring.”

The most expensive city in the United States is, unsurprisingly, its most famous as well. The Big Apple is a city that wears wealth and glamor on its sleeve. But in reality, it’s a bustling metropolis of over 8.4 million people, all of which live in wildly different economic conditions. The city has a high unemployment rate of over 9% and average home prices over $650,000, often close to $1 million.

Not only the housing but the entertainment, food, and schooling drive New York’s prices sky-high. Even the utilities and transportation cost 1.5 times, up to even 1.8 times the national average.

With so many people living in one place, there are bound to be mixes of cultures. However, New York City is unique as the country’s primary port entry. As a result, there are over 800 languages spoken throughout the city, a record it holds in the entire world. 40% of homes in the city are non-English-speaking. 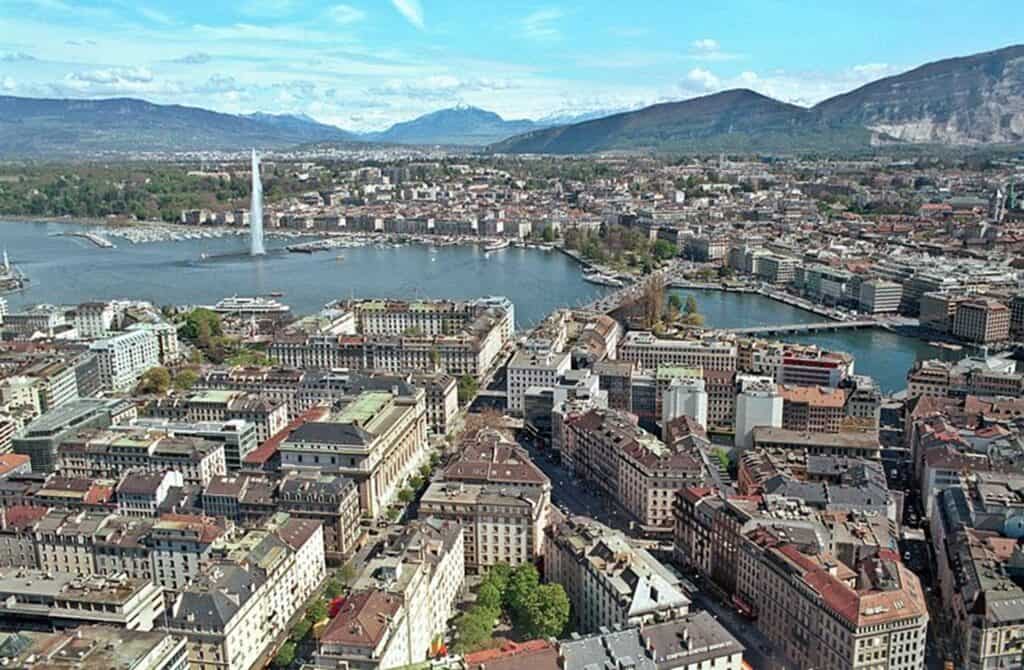 The most expensive city in the world is Geneva. Switzerland is known for luxury, for clocks, for houses on frozen lakes that look like gorgeous tableaus for dolls. The taxes in Geneva, the country’s most well-known city, are comparatively low while the disposable incomes of the people living here are generally very high. However, that doesn’t stop them from going through money fast to pay for all of Geneva’s ridiculously high premiums, such as average rental prices that are twice what they are in Amsterdam.

Estimates suggest that an average family needs $5,381 to survive in Geneva, though some sources list as high as $7,000! Clothes and leisure are particularly high expenses in beautiful Geneva.

In all of Europe, Geneva is the most international city. Over 2 in 5 of the people in the city come from other countries and are in the city either for leisure or to work in its major industries: tourism, government administration, and banking. Geneva is over 4,000 years old and as such has a dominating classiness that is instantly recognizable, combining nature and luxury architecture everywhere you look. To keep its visitors happy, the city contains over 130 hotels and resorts.

The world’s most expensive cities have extremely high rental prices in addition to monumental cost of living expenses for common things like food, medical supplies, entertainment, transportation, clothes, and more. While you may not be able to live in one of the world’s 8 most expensive cities, nothing is stopping you from visiting them for a luxuriously good time. And if you live there already, well … be glad you’re not higher on the list!