Toyota is a Japanese car brand that started selling vehicles in the U.S. in the year 1957. Before that, the company had been operating in its home country since 1926. The business was founded by Sakichi Toyoda, but it didn’t originally sell cars. Toyota’s first product was an automatic loom invented by Sakichi himself.

Several years after it started making looms, the Toyota company expanded to make cars. The year was 1933, about 24 years before the business joined the American market and took off as one of the best-selling automobile brands of all time.

Today, Toyota is a very popular vehicle maker. The brand is known for iconic cars like the Corolla, but it also offers pricier models such as the Land Cruiser. Learn more about Toyota’s most expensive models with this top eight list. 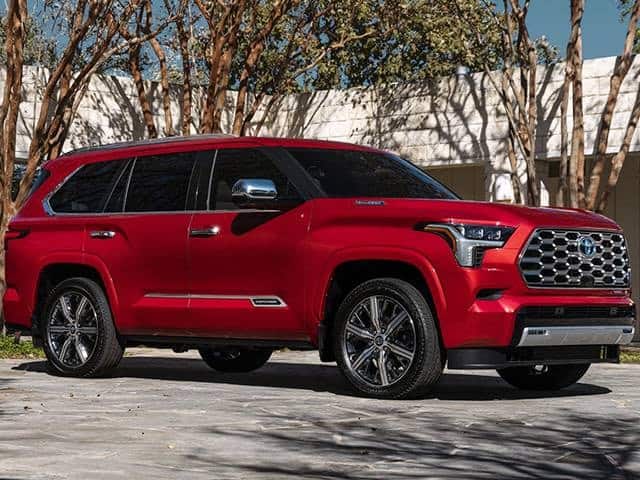 Kicking off this list is the powerful 2023 Toyota Sequoia. The hybrid SUV is a large vehicle with plenty of storage and passenger space, including an optional sliding third row that’s ideal for road trips.

Compared to Toyota’s 2022 version of the Sequoia, the newer 2023 is probably much more efficient. 2022’s Sequoia just relied on gas for power, but the 2023 version uses a hybrid electric/gas power system. That’s a big deal for such a big vehicle. As a large SUV, the 2022 Sequoia travels about 15 miles per gallon. In contrast, the 2023 update is expected to travel further using fewer gallons of pricey gas.

Beyond fuel efficiency, this Toyota reportedly features “the plushest Sequoia [interior] there’s ever been.”

With a steep price tag of about $71,000, the 2023 Toyota Sequoia is the eighth-most expensive Toyota in the world. 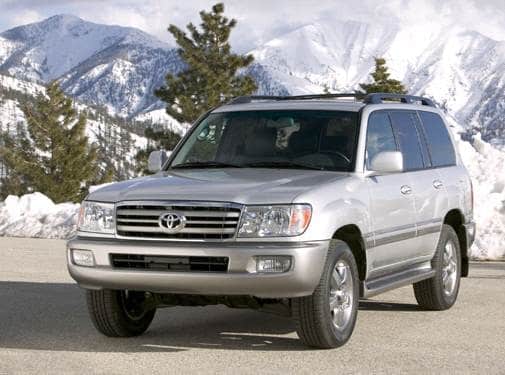 The 2007 Toyota Land Cruiser may be older, but it’s still a very pricey model. When it debuted over a decade ago, the vehicle had a base price tag of more than $55,000 while the top configuration hit an eye-popping $75,000.

When it comes to power, Toyota equipped this model with a solid 265-horsepower V8 engine. One reviewer says this SUV drives a lot like a truck while still being super easy to control, which makes it a good choice for everything from hauling kids to school to intense off-roading.

On the inside, the 2007 Toyota Land Cruiser offers plenty of legroom and comfortable seating. The design was crafted to maximize storage space — and Toyota seems to have done a good job. The model still stands as Toyota’s largest SUV, so there should be enough room for most people.

This model is expensive, but reports say the rugged design makes it worth the cost. 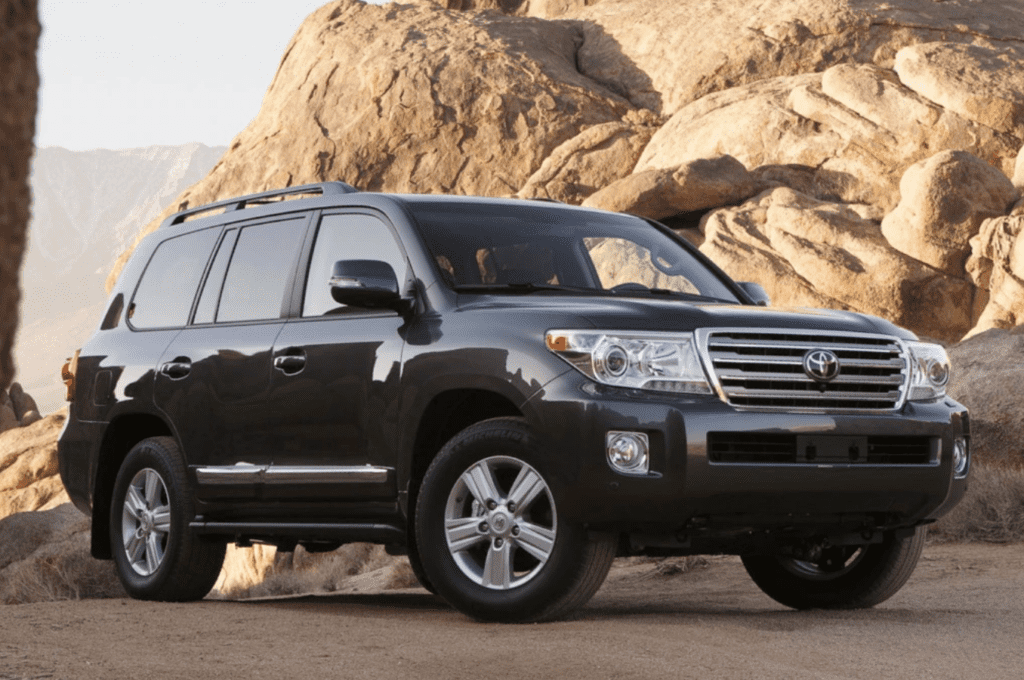 The Toyota brand’s full title is Toyota Motor Corporation. The company is behind a lot of extremely popular brands and it became the world’s largest automobile maker in 2008.

Despite Toyota’s massive success, the 2015 Land Cruiser apparently isn’t very popular. However, the vehicle still has a set of dedicated drivers who love the model!

So what does this vehicle offer? Beyond a powerful V8 engine, the 2015 Land Cruiser features a luxury interior coupled with a durable body that’s ready for intense terrain. Reaching up to 381 horsepower, the vehicle also has enough strength to transport up to 8,500 pounds of trailer luggage.

When it comes to safety, this model is equipped with 10 airbags and an automatic collision notification system that makes sure help is quickly sent to the scene of accidents.

In the end, the 2015 Toyota Land Cruiser costs about $81,000, making it the sixth-most expensive Toyota model in the world.

Toyota makes buyers pay more depending on the color of their 2015 Land Cruiser. 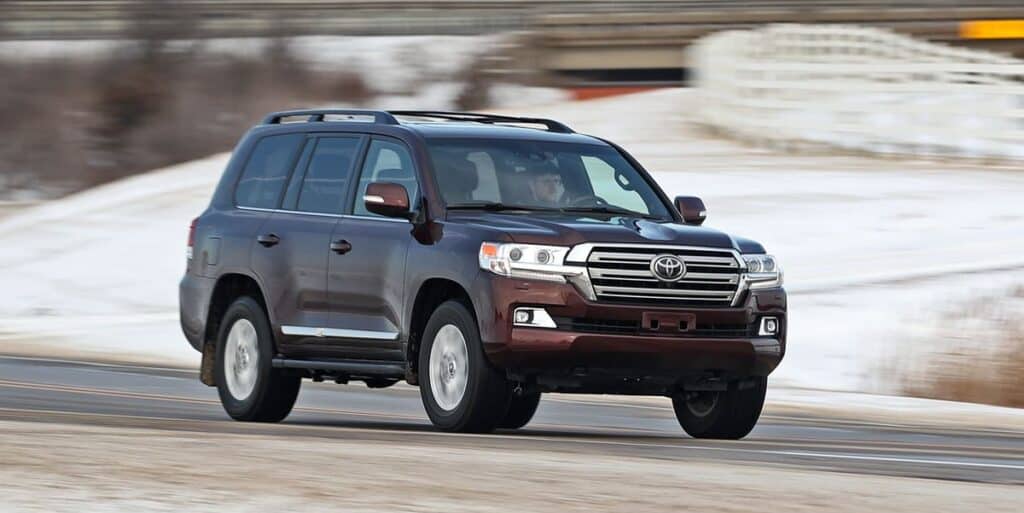 Up next is yet another Land Cruiser. This time it’s the slightly newer 2018 edition featuring a powerful V8 engine alongside luxury features like a proximity key system. The pricey vehicle costs a steep $82,000, making it the fifth-most expensive Toyota model in the world!

Beyond the exterior design that’s ready for rough driving, this SUV offers a large touch screen near the driver’s seat for navigation and entertainment control. The model also offers leather seats with built-in heating and cooling as well as four-zone climate control. Toyota topped things off with a lane departure system and auto high beams for easy and safe driving.

Like other SUVs, this model suffers from poor fuel efficiency — estimates say it gets only around 13 miles per gallon at the low end.

In 1967, Toyota became one of the best-selling import brands in the U.S. (Toyota is called an import brand because it imports products from Japan). 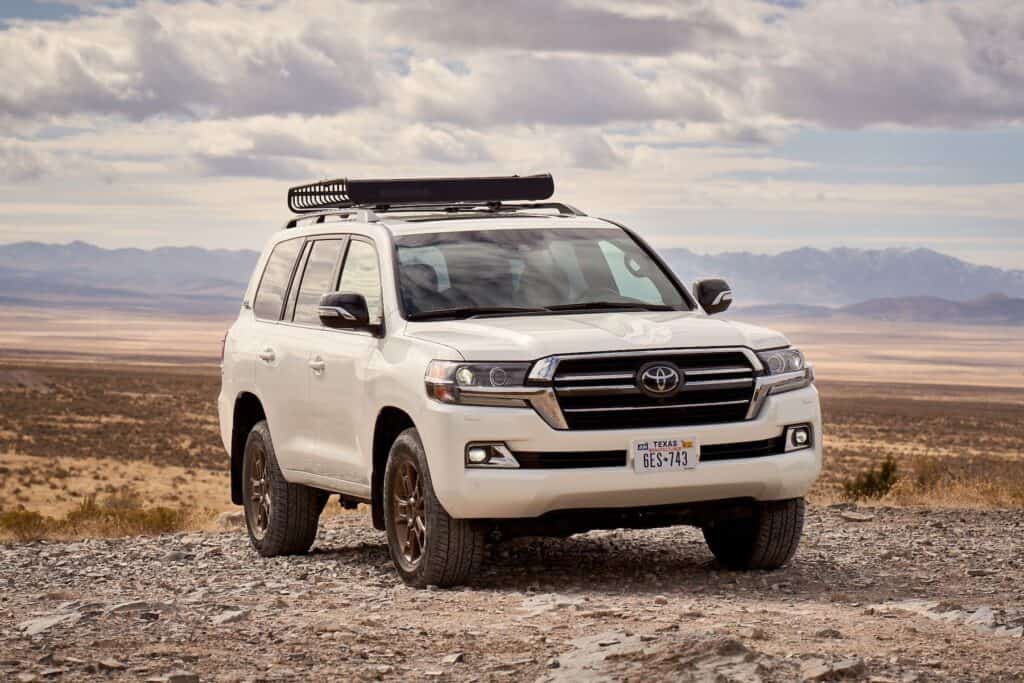 Toyota started selling its Land Cruiser line in the U.S. in 1958. In that year, the company only sold one unit — yeah, just one. It wasn’t a strong start, but the line eventually became an extremely popular SUV. As of 2019, Toyota has sold a whopping 10 million units.

In 2020, Toyota released a new Land Cruiser model. The 2020 edition maintains the line’s trend of powerful engines and luxury interiors. The SUV offers leather upholstery, a sunroof, and windshield wipers that automatically activate when it rains — perfect for outdoor adventures.

This model has a fuel economy of about 14 miles per gallon. 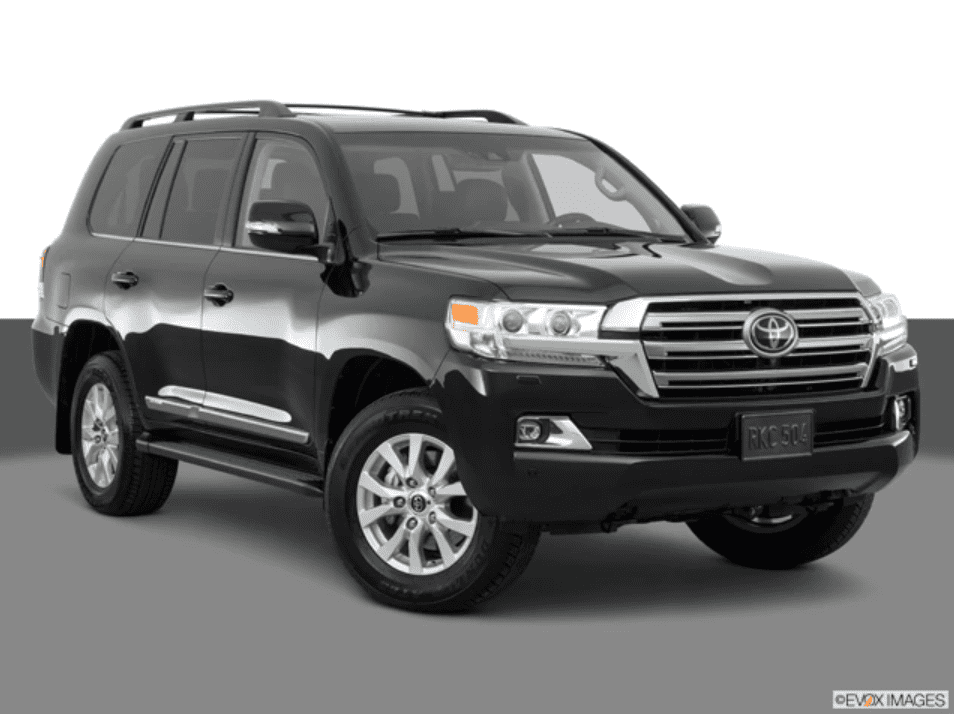 Toyota opened its doors in the U.S. in 1957 — about a year before it started selling to the public. Of the 288 vehicles sold in that first year of operation, just one was a Land Cruiser while all the rest were Toyopet Crown sedans.

In 2021, Toyota released its new Land Cruiser edition. This new vehicle yet again featured a powerful V8 engine for easy off-roading and comfortable leather seats for relaxed driving. The model has a jaw-dropping price tag above $85,000, making it the third-most expensive Toyota in the world.

In 1968, the iconic Toyota Corolla was introduced to American drivers — and they loved it. Due in part to U.S. sales, over 30 million units have been distributed worldwide. 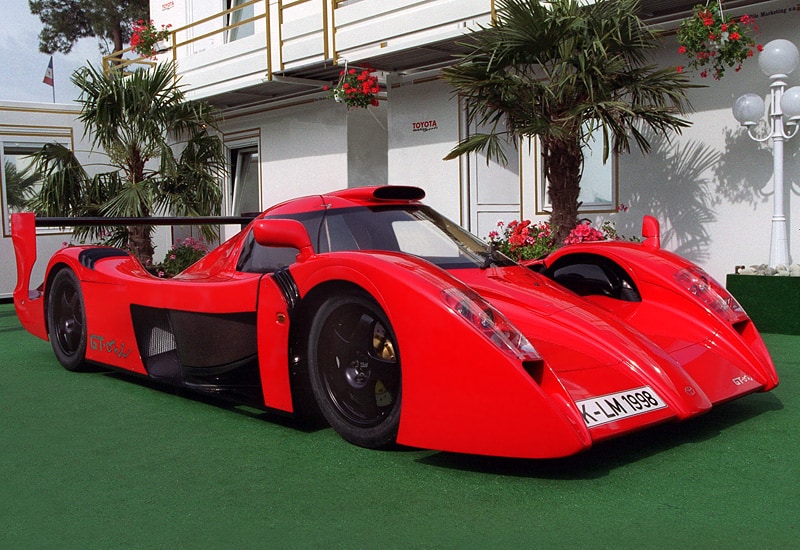 Coming in at number two is the ultra-expensive GT-One Road Version (TS020). The powerful car can shoot up to 236 miles per hour and features a massive price tag of $1.3 million. The car was made to participate in the 1998 24 Hours of Le Mans (a world-famous car race that started in 1923). In the end, Toyota’s car made it past the finish line in ninth place.

Despite not winning the race, this car still became a highly sought-after collector’s item — estimates say this model is worth $1.3 million. 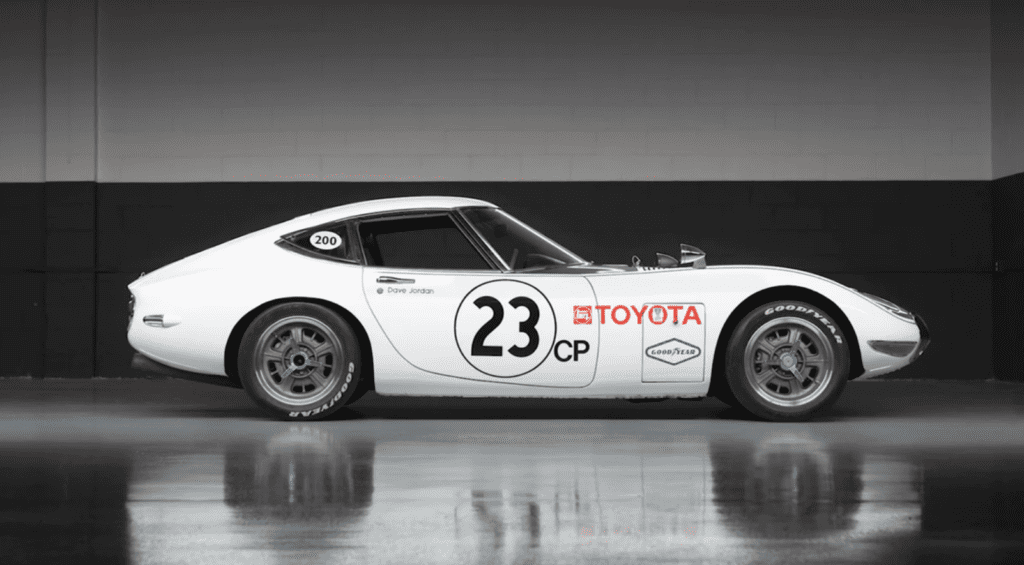 As an older model, the 1967 Toyota Shelby 2000 GT is a little less powerful than modern vehicles (it only hits top speeds of 137 miles per hour). Still, this car has had an impressive career — the model was even featured in a James Bond movie called You Only Live Twice. The film came out the same year as this car and starred Sean Connery as Bond himself. Car fans can see the 1967 Shelby 2000 GT featured throughout the film.

8 Most Expensive Whiskeys Ever Sold