It’s hard to believe that just two decades ago, a cellphone was a sign of incredible wealth. They have since become obligatory personal items, rumbling in the pockets of people of all ages.

Continue reading to learn about the most expensive phones, including the luxury materials that give them their extreme value. 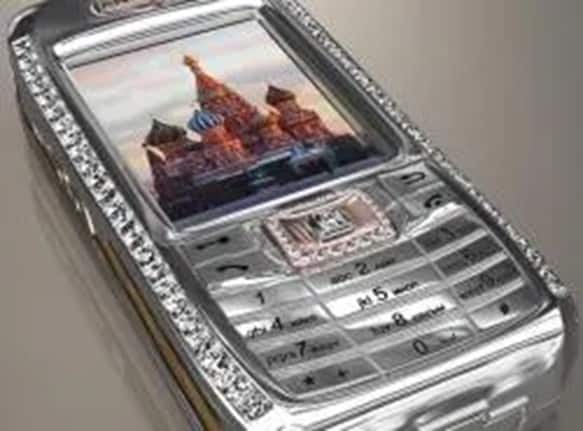 If you have the cash to buy a million-dollar cellphone, chances are that cybersecurity, trading security, virus protection, and more are important priorities for you.

In that case, the Diamond Crypto Smartphone was made with you in mind since it comes equipped with encryption capabilities that protect your sensitive data against blackmail, racketeering, corruption, hacking, and more. These features are especially important for anyone who trades and stores crypto on servers that your phone has access to.

Of course, having the phone physically stolen is still a danger! It has a solid steel and platinum body with 50 diamonds lining the bezel, including 10 blue diamonds. The phone is valued at $1.3 million, though you may notice that this phone, now well over a decade old, does not have the sleek smartphone design of the modern age.

JSC Ancort, a Russian firm, commissioned the Austrian jeweler-designer Peter Aloisson to create this phone. He also created an iPhone known as the Princess Plus, valued at $176,400. 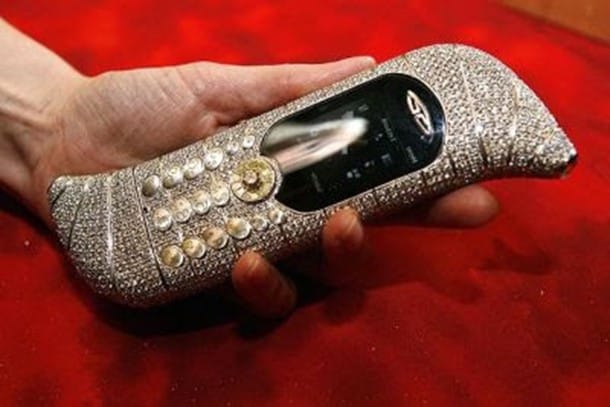 Le Million is certainly one of the most uniquely designed phones on this list. It has the distinction at a value of $1.31 million of once being the Guinness Book of World Record’s entry for the most expensive consumer handset available. Its value comes from a layer of 18k gold and platinum, as well as 120 carats of diamonds sprinkled throughout.

The Swiss luxury phone manufacturer GoldVish gave this one a 176×220 resolution with 262k color depth so your money doesn’t go to waste on weak tech (for the time) in the center of all those gems. The default model is yellow gold, but it is available in rose and white gold on request.

The Geneva-based designer sells many chic luxury phones, most of which are comparatively less valuable than Le Million but still a serious statement of wealth for those who own them.

They make exteriors from exquisite natural materials like alligator hide, calfskin, and more. Their Eclipse line of phones, particularly the Diamond Editions, sell for anywhere from 5,000 to 25,000 pounds. 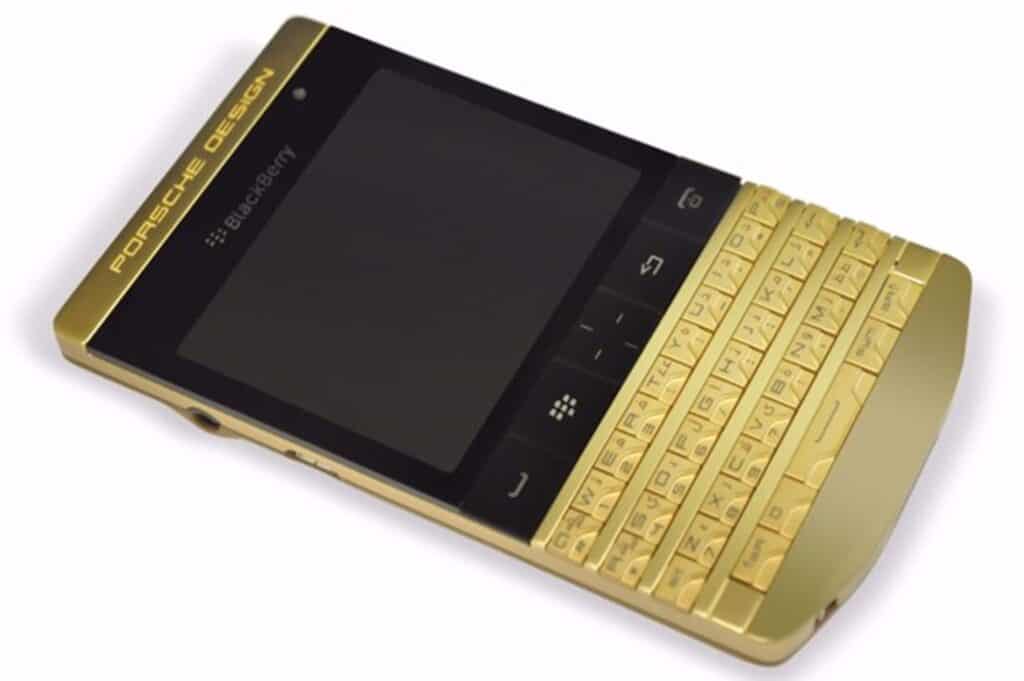 The Blackberry Porsche Design P’9981 is a collectible piece of art in addition to being a working phone, produced in Canada in limited quantities of 25 per model and shipped worldwide. These phones are now valued in online marketplaces in proportion to their scarcity, selling for around $1.57 million each. The case is made from stainless steel, coated in gold-colored titanium.

The finish on the case has a layer of sparkling 24k gold. Each phone is given a limited-edition number, which is engraved on its own plate of 24k gold on the reverse side. The cover is made from genuine Italian leather, hand-wrapped by seasoned artisans.

Apple is about to dominate this list, with the rest of the most expensive phones in the world being variations on custom iPhones. However, it’s fitting that Blackberry would make its appearance because since 1999, they have been integral in defining mobile phone trends and were once the dominant mobile phone provider in the world before Android and iOS took over. 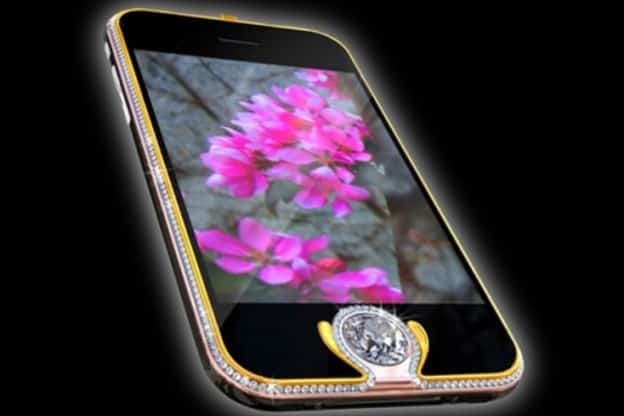 Back in 2009, Peter Aloisson, already introduced as the Austrian jeweler behind the Diamond Crypto Smartphone, topped himself with the iPhone 3G King’s Button. This phone is solid yellow gold (18k) and rose gold with lines of white gold along the bezel. It features 138 diamonds, all brilliant-cut, plus one extravagant 6.6-carat diamond on the home button.

Brilliant cut diamonds have the stereotypical diamond shape, like a cone with a trapezoidal face that tapers to a point. The advantage of the brilliant-cut shape is that it provides maximum light dispersal through the diamond’s structure, making it look even shinier.

The downside is that this cut requires the most mass to be cut off the diamond. The finished brilliant-cut diamond is usually less than half of the stone’s original size. 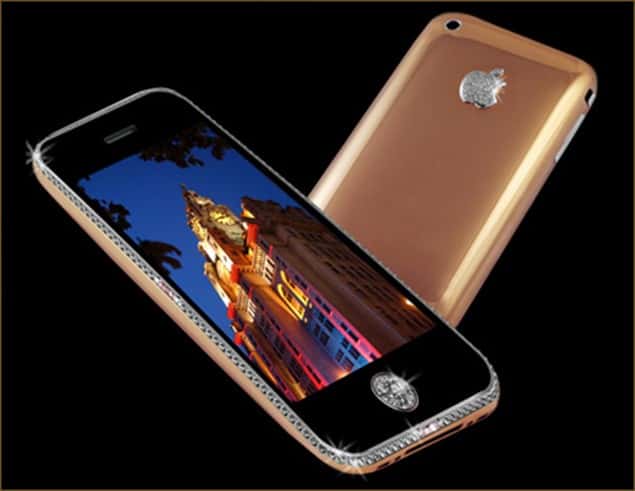 The iPhone 3GS Supreme Rose is one of the custom luxury creations by the UK-based fashion accessory designer, Stuart Hughes. This phone has a handmade platinum bezel encrusted with 97.5 carats of individual flawless diamonds. At .75 carats apiece, that’s about 130 diamonds sparkling around your screen.

There are also pink baguette-cut diamonds, four to be exact, each 2.5 carats in size. The opposite side of the case is 18k rose gold, including a modified Apple logo made from rose gold and 53 individual diamonds.

Even the phone’s navigation is rose gold with a 7.1-carat, single-cut diamond embedded in the center. This glittering, spectacular phone costs over $2.5 million.

The phone’s handset is legally unlocked, meaning that the phone can be bought and shipped anywhere in the world and uploaded with that region’s firmware, which is the programming that gives a phone its locational functions like server access.

As a bonus, the iPhone 3GS Supreme Rose comes with a wallet made from the foot of an Ostrich. 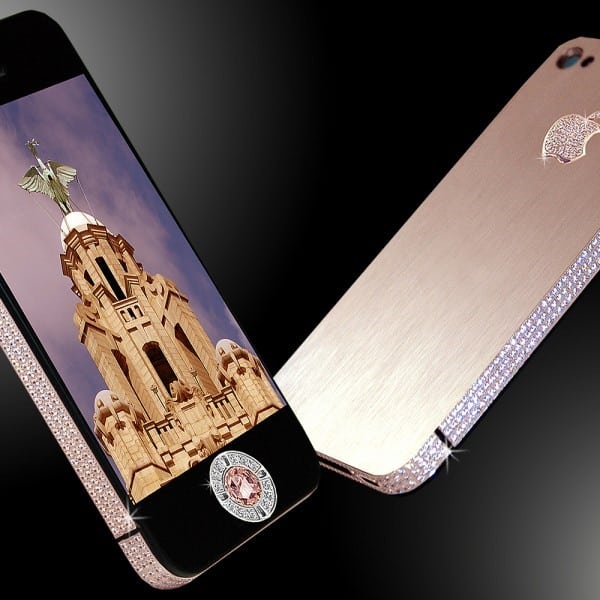 The Stuart Hughes-redesigned version of the iPhone 4 is a 5-million-pound luxury accessory. It could almost be considered jewelry, worth $6.5 million. It used to be known as the world’s most expensive phone, a record that Hughes themselves topped later (see below).

The phone has a bezel of pure rose gold, studded with 500 flawless diamonds that have a total weight of 100 carats. The rose gold reverse side has an Apple logo made from 53 individual diamonds. The home button is a stunning pink diamond surrounded by other flawless single-cut stones. 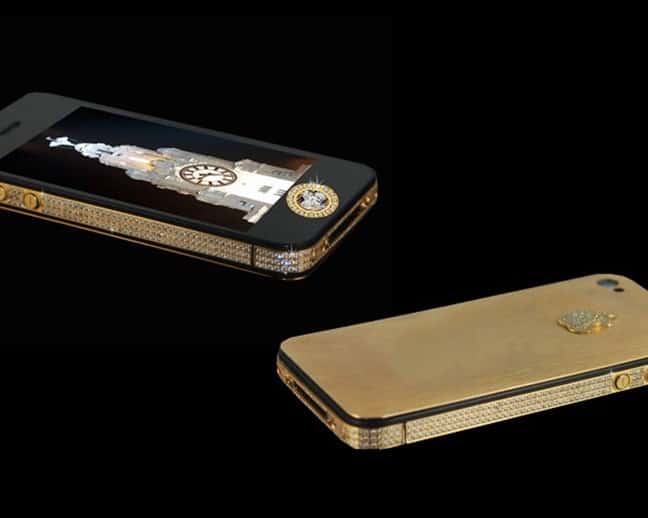 The iPhone 4S Elite Gold sells for 6 million pounds or the equivalent of $7,866,630. The phone’s bezel is pure rose gold. One look and you can tell that this phone oozes value, as 500 flawless diamonds look back at you from the phone’s reflection.

Most people rarely think about their navigation button as a conversation piece, but the iPhone 4S Elite Gold turns the button into a tiny gold slab with an astonishing 8.6-carat diamond in the center. It can be upgraded to a pink diamond on request.

Even the Apple logo on the back is made from 53 diamonds encrusting 24k gold, redesigned by the UK-based luxury designer, Stuart Hughes, whose work consumes a lot of this list.

As if the materials of this phone couldn’t get more extravagant, the phone’s chest is solid platinum, studded with polished T-Rex bone, opal, rutile quartz, and sunstone. 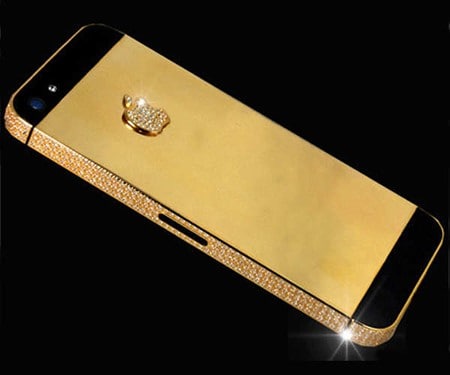 photo source: The Times of India

An anonymous businessman based in China requested a glorious luxury phone from Stuart Hughes, the luxury designer from the UK. The result is this iPhone 5 Black Diamond, which has a body made from solid gold, with the edges encrusted with hundreds of white diamonds (600, to be exact).

The iPhone 5 Black Diamond sells for $15 million. If that’s too extreme, Hughes also plated an iPhone 5 in solid rose gold, minus that stunning 26-carat black diamond, which can be commissioned for $5,300.

Stuart Hughes is a brand that began in Liverpool, England in 1971, formed from a partnership between Hughes and designer Jo-Emma Larvin. They specialize in unique luxury iterations of trending products. 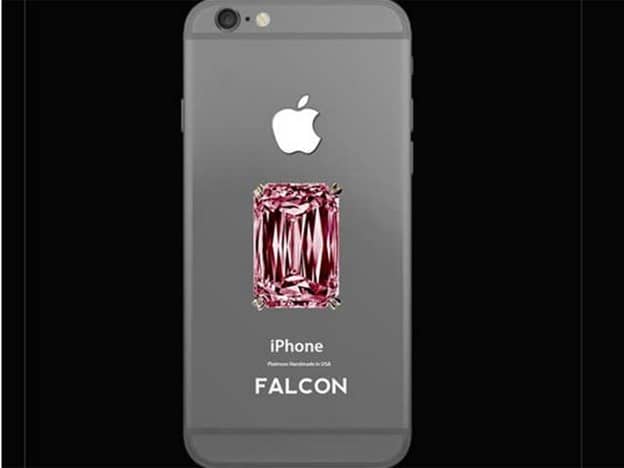 The iPhone 6 Pink Diamond sells for $48.5 million, making it the most expensive phone that you can buy. They also offer another iPhone 6 for just under $5 million that features a gorgeous sapphire in place of the pink diamond.

Falcon also offers custom luxury earpods to go with their souped-up version of the iPhone 6. These alone are sold for $300,000.

10 Most Expensive Objects Ever Built