10 Most Expensive Objects Ever Built

Humans have built a lot of objects. From the pyramids to the rocket that sent people to the moon, the world (and outer space) is full of big and expensive objects created by people.

Mankind has been building things for a long time. Construction is an ancient activity that sprung up out of the basic need of humans to avoid harsh weather. Over time, construction got more complicated as things like decorative structures and artful design became a priority. 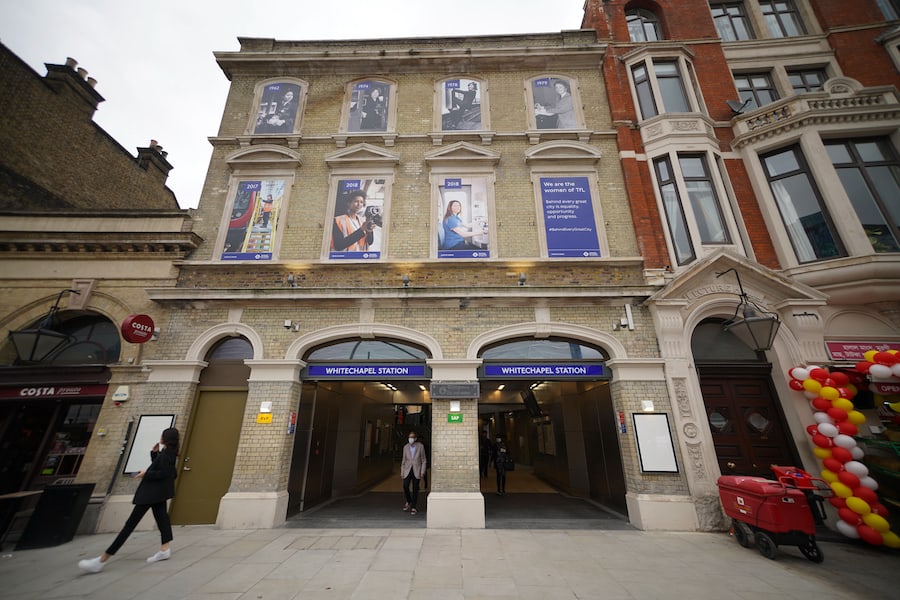 Kicking off our list is London Crossrail Station, a massive structure serving as part of the Crossrail — a subway line currently under construction in London. In 2021, one part of the system opened to the public: the London Crossrail Station. The Station cost more than $1 billion to create, which was seven times the original budget. Crossrail Ltd. was the main creator of the Station. The company was established in 2001 specifically for this project.

This project involved 2,800 tonnes of steel. Originally, the Station was given a budget of $151 billion — but that price was blown out of the water as construction began. 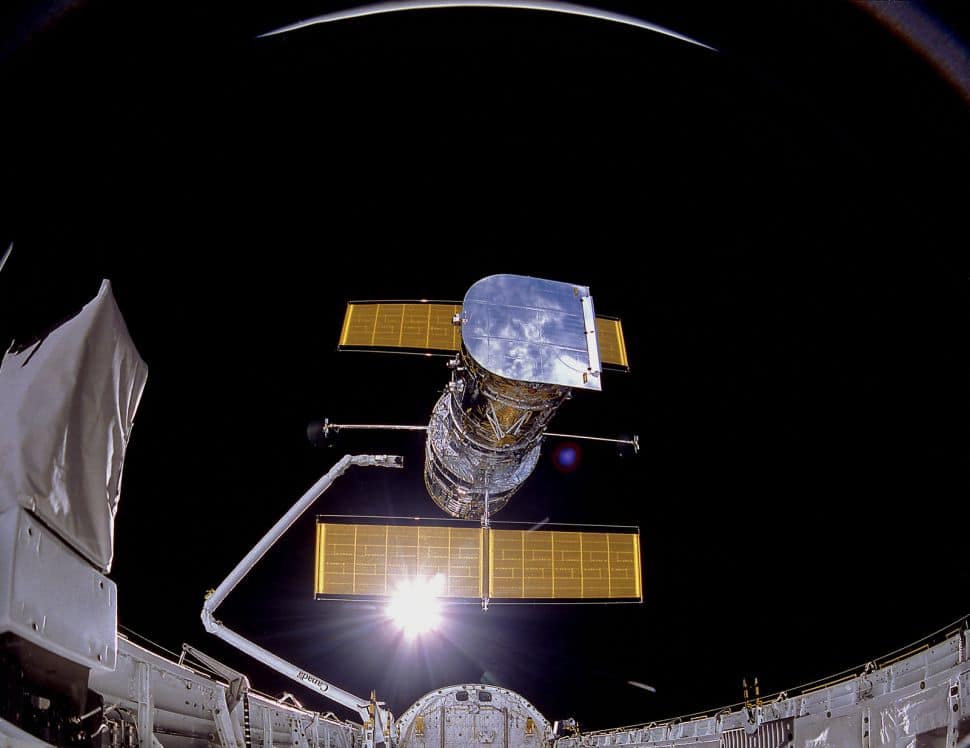 At number nine we have the Hubble Space Telescope (HST). This object was created under the direction of NASA and launched in 1990. At $1.5 billion, the HST is one of the most expensive objects ever built.

The HST is designed to observe far-away galaxies and stars. In 1997, a mission was launched to replace worn-out components and update portions of the system.

Today, the HST helps us see far-off galaxies — but only as they looked millions of years ago. Because it takes light so long to travel through the vast distance of space, the telescope captures how stars and planets appeared long before our time. For example, our views of the Andromeda galaxy show us how it looked 2.5 million years ago.

The HST has helped humans discover galaxies we didn’t know existed, including a collection of 3,000 discovered in 1995. 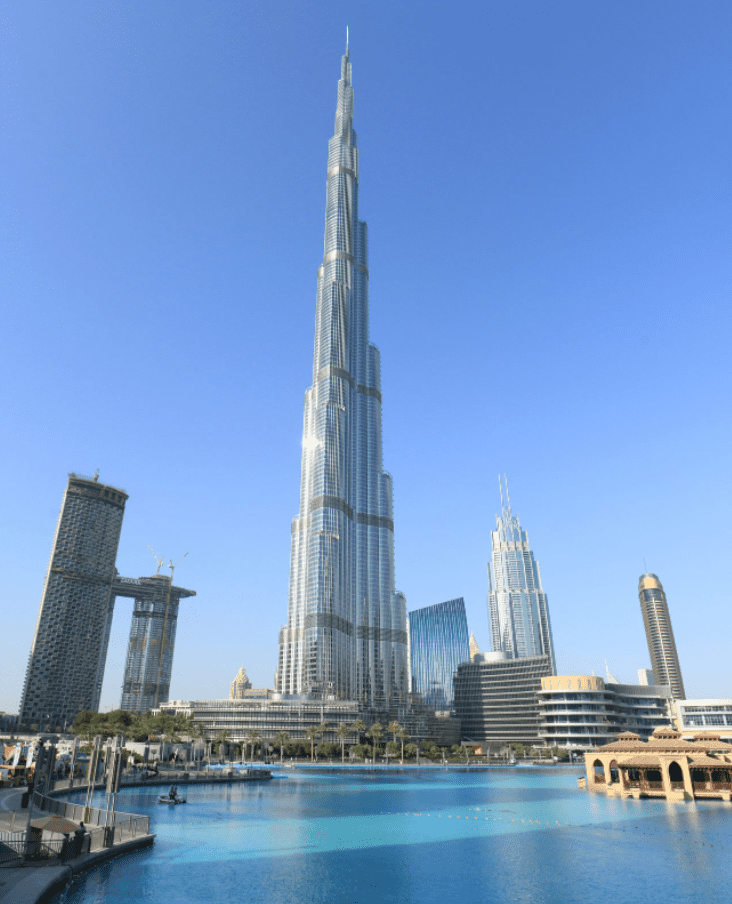 Burj Khalifa is a massive structure standing in Dubai. The building is the tallest in the world, coming in at 162 floors and more than 2,700 feet.

Overall, this building cost a whopping $1.5 billion, making it the eighth-most expensive object ever built.

Burj Khalifa was designed by Skidmore, Owings & Merrill, with Adrian Smith serving as the project’s architect and William F. Baker working as the structural engineer. The building currently works as a mixed-use structure featuring apartments and commercial institutions.

During its construction, the intended height of this building was kept secret. The building eventually opened in 2010. 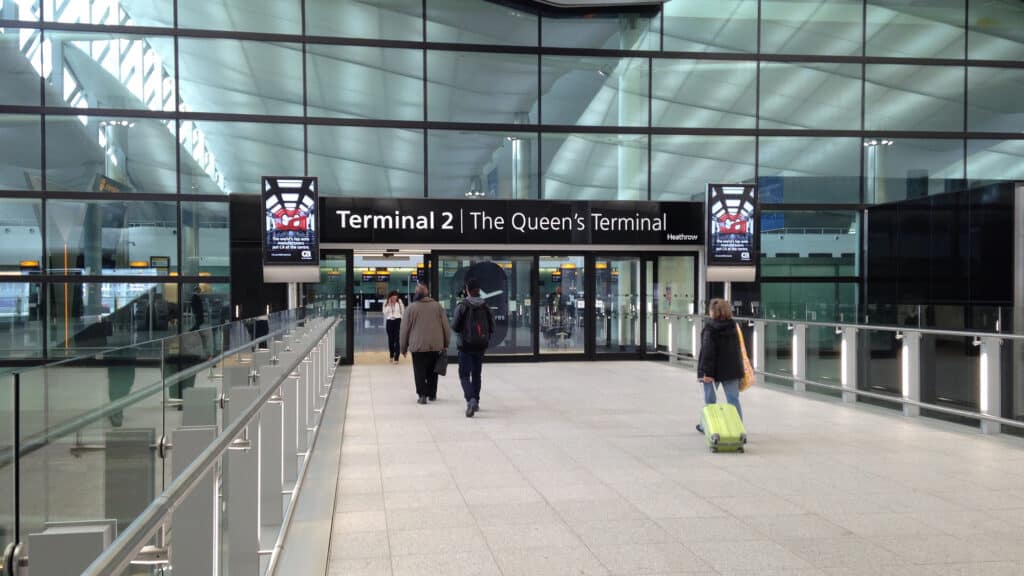 Heathrow Terminal 2, a.k.a. the Queen’s Terminal, was created with leading design by Luis Vidal + Architects of Spain. The massive terminal cost over $3 billion and is the result of years of work.

At its peak, Terminal 2 is expected to serve 20 million passengers yearly. The huge space was designed with traffic flow in mind, and the designers say people can get from their plane to the terminal exit in a quick five minutes.

About 35,000 people worked on this massive project.

Terminal 2 will be home to more than Star Alliance 20 airlines. 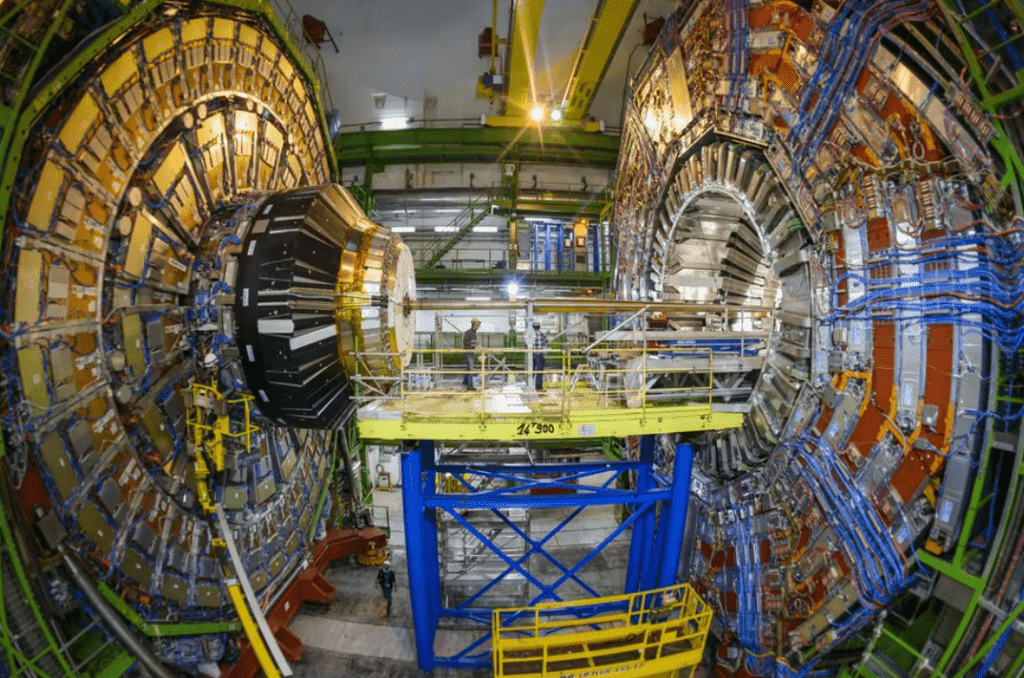 Coming in at number six is the Large Hadron Collider (LHC). This crazy-complex structure was made by CERN and cost $4.75 billion.

CERN was founded in the mid-20th century. The organization’s name stands for Conseil Européen pour la Recherche Nucléaire, which is French for European Council for Nuclear Research. CERN researches the particles that make up our world.

In 2020, reports emerged that CERN wants to build another massive particle collider that’s even bigger and more expensive than the LHC. 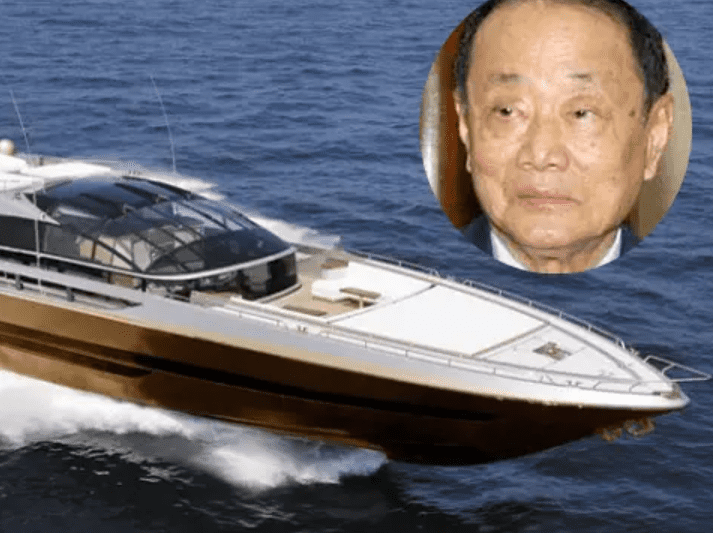 This gold yacht by luxury brand Stuart Hughes may be owned by Robert Kuok, a billionaire and the richest man in Malaysia. The yacht itself costs a jaw-dropping $4.8 billion and features real gold — perfect for a billionaire.

Kuok is at the forefront of a lot of industries. The wealthy businessman owns three holding companies with tons of businesses, including a series of luxury hotels and a leading palm oil company.

At some point, Robert Kuok knocked down his massive mansion and built five smaller homes in its place to “avoid an ‘excessive’ show of wealth.” 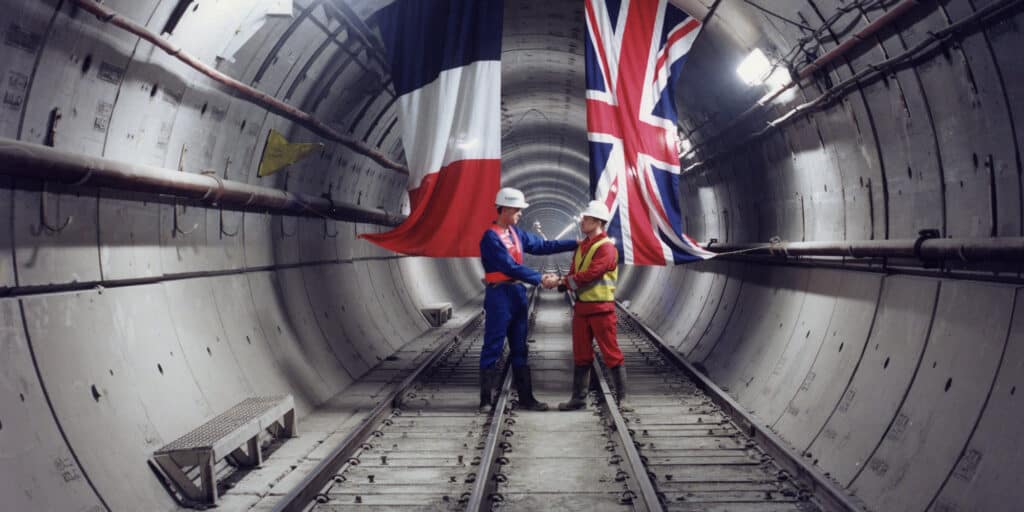 The Channel Tunnel is an underground railway tunnel linking France and England. Sometimes called the Chunnel, this construction project cost several billion dollars to build and stands as one of the most impressive man-made structures on the planet.

The Chunnel actually consists of three tunnels — two for passenger and freight transportation and one for maintenance.

In the end, the Chunnel took about 13,000 workers to complete.

The idea of a tunnel linking France and England was proposed in the early 1800s. Construction finally started in the late 1980s before passengers were allowed inside in November 1994. 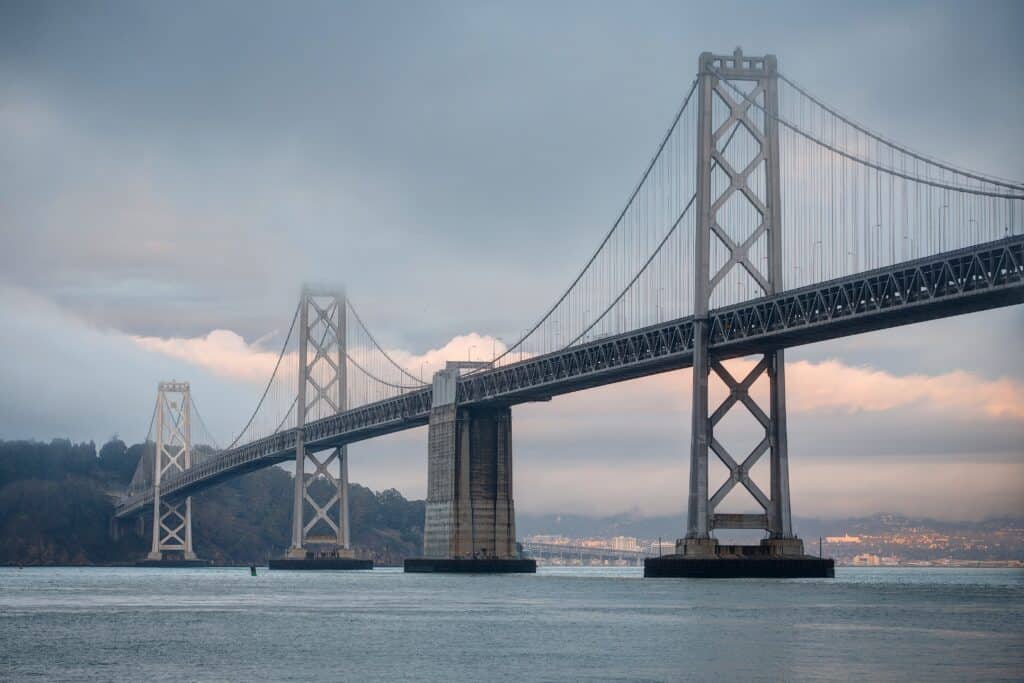 Heading into the top three we have the San Francisco-Oakland Bay Bridge (or just the Bay Bridge). The massive undertaking started construction in the 1930s before officially opening to the public on November 12, 1936.

Overall, the Bay Bridge cost more than $6.4 billion to construct. The process was overseen by C.H. Purcell, but other engineers and designers supported the bridge throughout the years. Most notably, part of the bridge collapsed during the 1989 California earthquake, sending the structure into a lengthy repair process involving countless workers.

Recent updates to the Bay Bridge have made it more resistant to earthquakes. 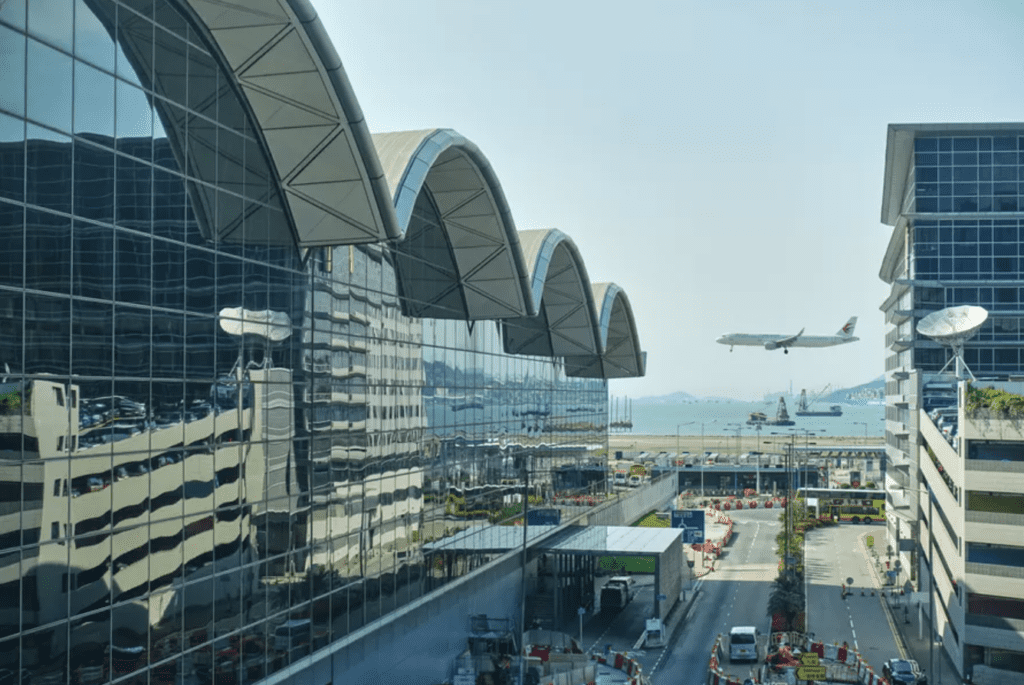 Coming in at number two is Hong Kong International Airport. The expansive project started in the 1970s but didn’t get underway until the early ‘90s. The whole project involved countless people, but it was shaped by designs crafted by British architect Norman Foster.

In the modern-day, this airport is one of the busiest in the world. However, COVID-19 slowed down flights and limited passengers — one report shows a steep drop in passengers because of the pandemic. 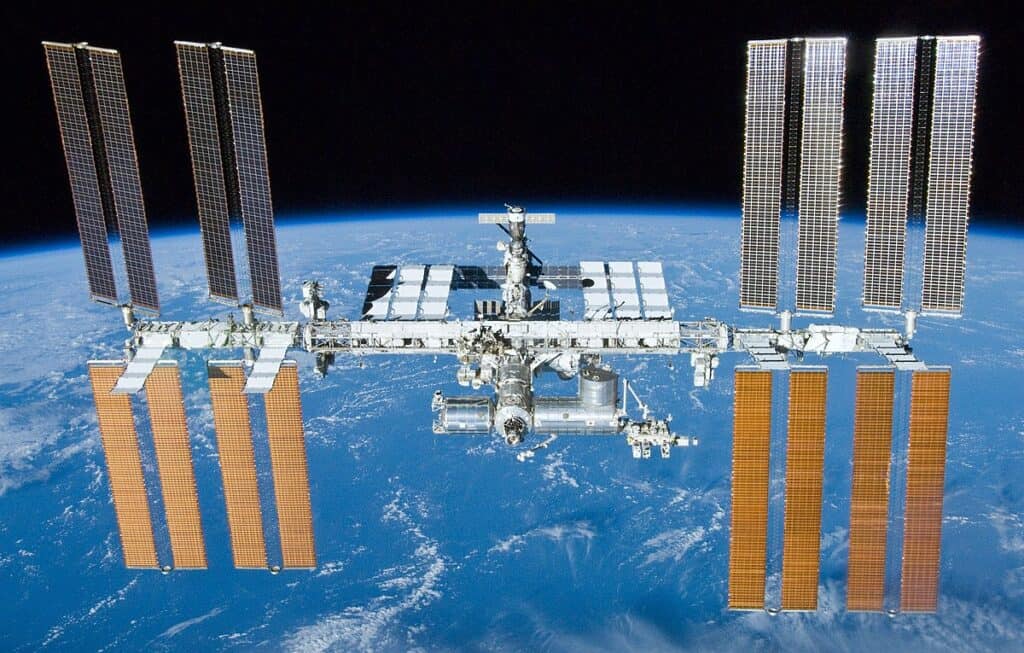 The International Space Station is the most expensive object ever built.

The International Space Station (ISS) is one of the most impressive man-made objects ever constructed — and one of the most expensive. The insanely impressive structure flies around the globe at more than 17,000 miles per hour and sports a price tag of about $150 billion.

Yeah, that’s billion with a B.

An object as expensive and complex as the ISS needs a lot of people on-board to get built. 15 nations contributed to the project, with the U.S. and several European nations serving as the effort’s most prominent partners.

The price of running the ISS depends on the number of people on board. With a six-person crew, the system can cost more than $1 million to run per day.

10 Most Expensive Wedding Dresses Ever Made