According to the Encyclopedia Britannica, the first personal computer (PC) was made in 1974 by MITS. The rudimentary device might seem archaic to us today, but it was groundbreaking in those years.

About two years later, Apple released its first computer. From there it was only a matter of time until the ‘90s and early 2000s rolled around — bringing more and more advanced computers with them.

Today, PCs have a huge price range depending on the features you’re paying for. Learn more about the expensive side of that range with this top 10 list of the most expensive PCs you can buy in 2022. 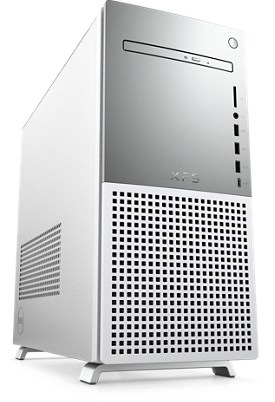 First up we have Dell’s pricey XPS Desktop personal computer. The advanced system offers some impressive specs, including a 12th Gen Intel processor and a whole terabyte of storage. The system is backed up with a pretty solid 32 GB of RAM for easy computing while NVIDIA’s advanced GPUs are ideal for artists and gamers alike.

Overall, this PC costs at least $3,359 — but that price can climb way higher if you upgrade a few components. 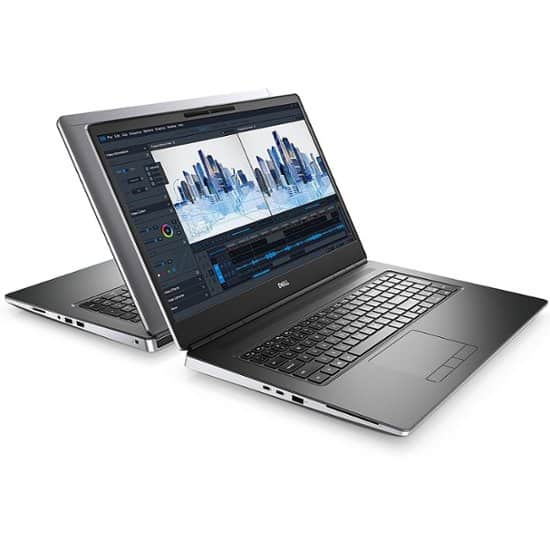 Up next is another PC from Dell. This time it’s a laptop equipped with enough power for everything from basic gaming to complex video editing.

With 64 GB of RAM standard, this PC is an upgrade from the previous entry — but that slower i7 is a slight step backward. Still, the setup offers portability with its 17.3-inch footprint without compromising screen real estate. The computer has over 500 GB of storage too, which is nice for a laptop.

Dell was founded in 1984 and was originally called PC’s Limited.

Coming at number eight is Microsoft’s large Surface Studio. The impressive PC is ready for creative work of all kinds, from video editing to illustration.

One of the coolest features of this PC is its touchscreen design. Users can interact with the computer like a traditional desktop, or tilt it backward and essentially turn it into a giant tablet. Plus, that screen was made with Microsoft’s PixelSense, an advanced system that links real-world interaction with digital objects.

With a 28” inch screen, this PC is really big. Users take advantage of all that screen space along with 10-point multitouch capabilities to draw, edit, paint, and more. 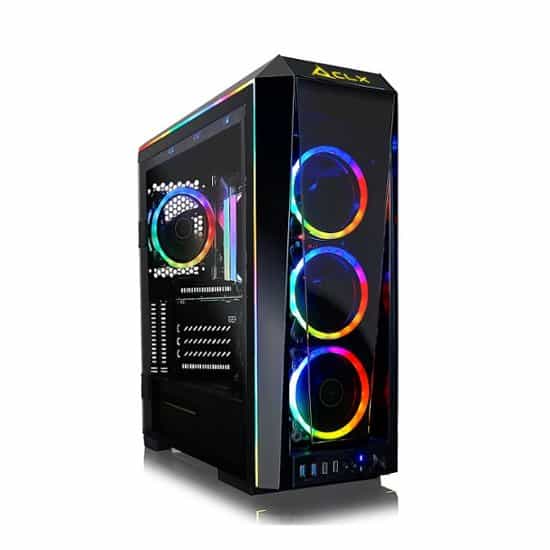 The CLX SET Desktop is a personal computer designed for gaming. With an advanced graphics system, the setup is ready to process huge amounts of information while keeping things smooth with 64 GB of RAM. The PC comes with 1 TB of SSD with an additional 6 TBs of potential storage space — it’d be pretty hard to run out of room with this beast.

At about $5,340, this PC is the seventh-most expensive you can buy. But should you buy it? Reviewers seem to think so. One said the setup was “seriously powerful” and capable of handling whatever they threw at it.

This is a liquid-cooled PC. 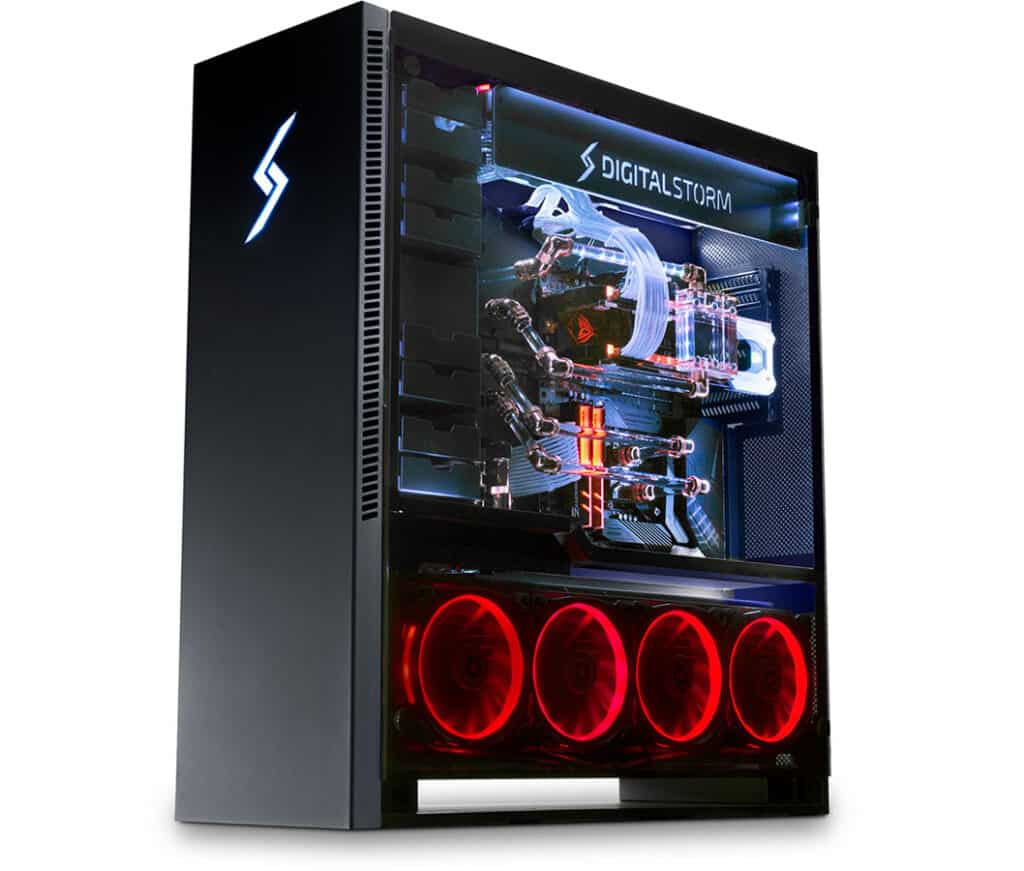 This ultra-powerful PC is armed with a whopping 256 GB of RAM and a 32-core AMD Ryzen Threadripper PRO. The setup also features an ASUS Pro WS WRX80E-SAGE SE motherboard and a sleek metallic finish.

At more than $9,000, this insanely powerful computer is also insanely expensive — but that’s nothing new for Digital Storm. The company also offers a setup for more than $3,000 and another one for more than $8,000.

Digital Storm was founded in 2002. Today, the company provides a range of extremely powerful PCs for everything from gaming to intense data processing. 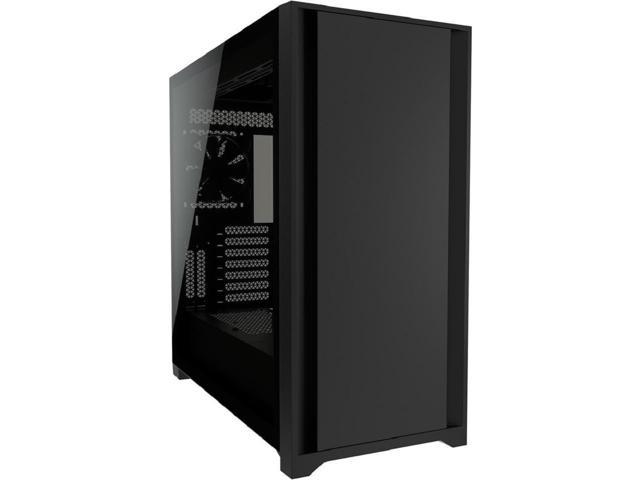 In our number five spot is this $13,000 beast of a computer. The powerful PC comes with 4 TB of storage and a strong AMD Threadripper. Users also enjoy a whopping 256 GB of RAM while a liquid cooling system keeps everything in working order. When it comes to GPU, this pricey setup includes a NVIDIA GeForce RTX 3080 (10GB). The setup runs on Windows 10 Pro and offers Bluetooth 5.0.

The AMD Threadripper has been called the “most powerful” processor ever. Reports say the processor is used by leading esports players and popular YouTubers alike. 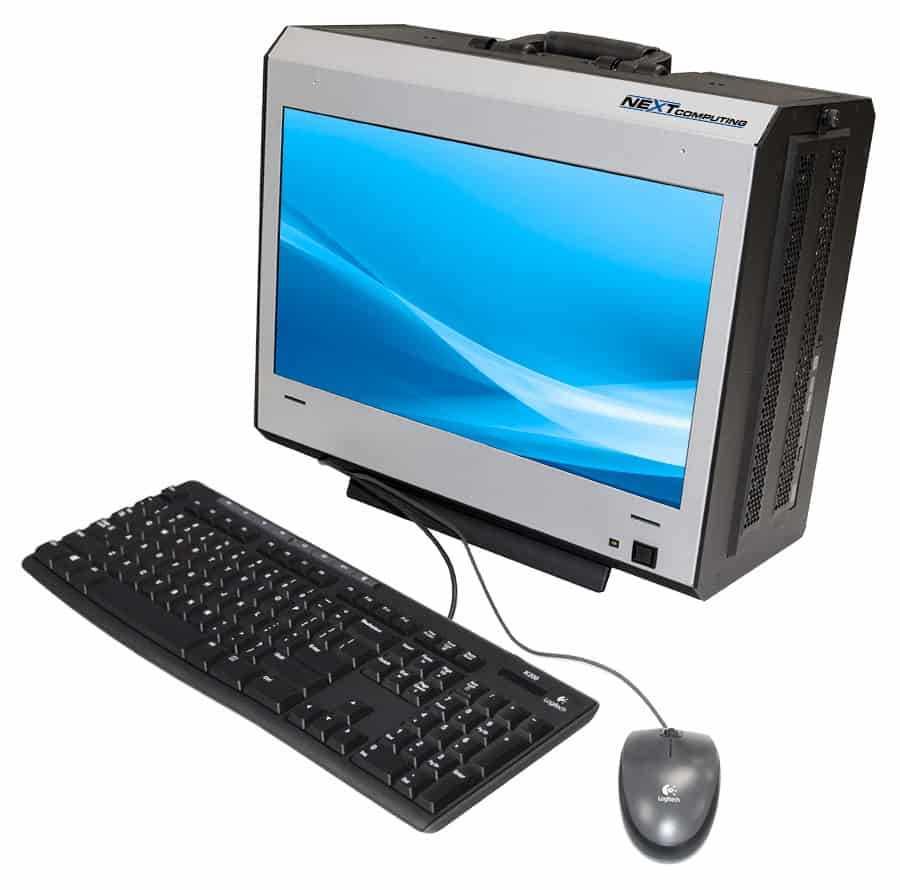 This hefty PC from NextComputing is ready for intense digital work. The beefy system is equipped with a crazy-powerful dual processor setup alongside 256 GB of RAM.

What’s really impressive about this machine is its portability. Sure, it’s not as sleek as most modern portable computers — but this thing is running some of the most powerful computer systems out there. It may be big, but users get a moveable PC that’s capable of extremely high-level computing and a built-in monitor.

This PC comes with a large protective carrying bag so you don’t damage your $25,000 investment. 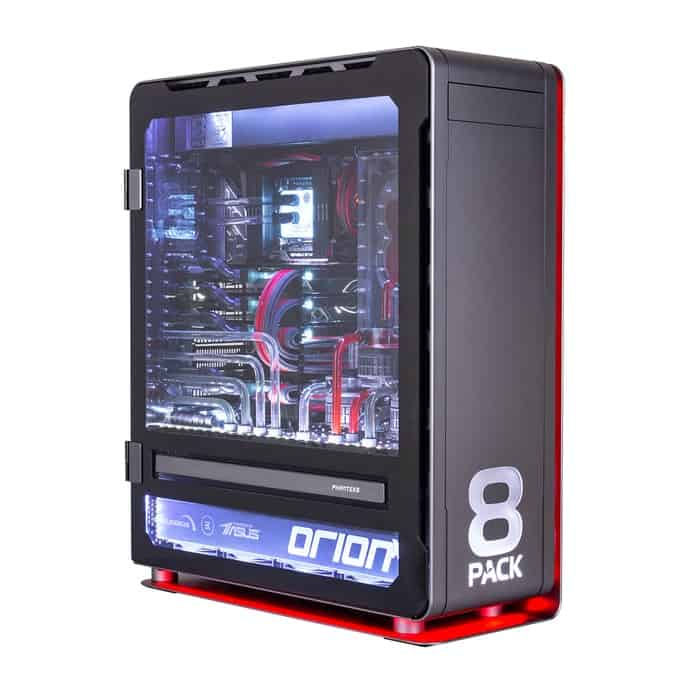 Heading into the top three we’ve got 8Pack’s insanely overclocked OrionX2. The crazy powerful machine features 16 TB of total storage and 128 GB of RAM — but that’s just the start.

Overall, this wildly powerful PC costs right around $37,000, making it the third-most expensive PC you can buy.

8Pack is a U.K.-based bodybuilder and overclocker. Along with Overclockers UK, 8Pack makes insanely powerful PCs that push the limits of customizable computing. 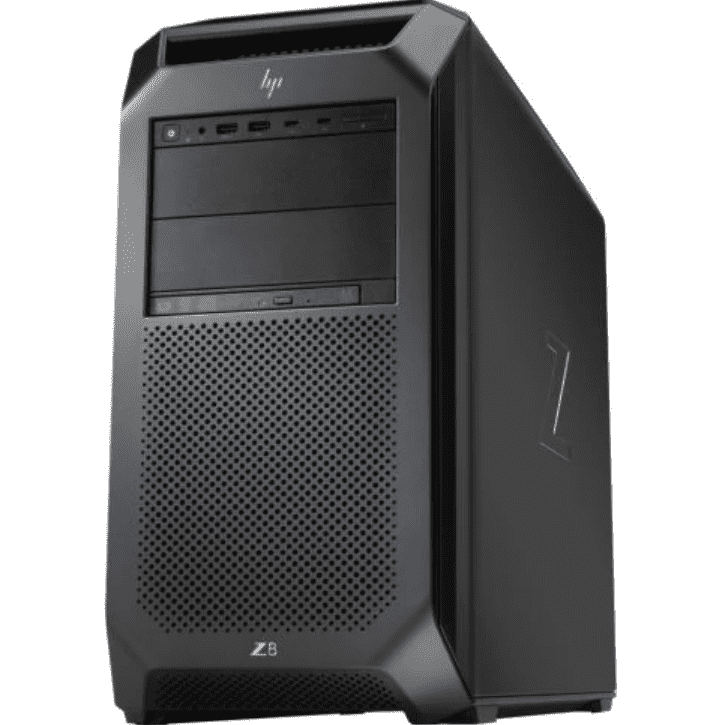 At number two is HP’s powerful Workstation Z8 G4. The high-tech PC comes with 2 TB of storage and a powerful Intel Xeon 8-core processor. The setup is ideal for heavy use, including machine learning work and data processing. HP says the system is also ready to protect user data, with advanced security networks in place to protect your IP. Users can also use this PC to handle memory-draining 8K video projects.

Overall, this PC is extremely expensive and extremely powerful.

HP’s full name is the Hewlett-Packard Company. The company was founded in 1939 and played an important role in the development of modern computing — HP even helped develop tools for deep-space technology. 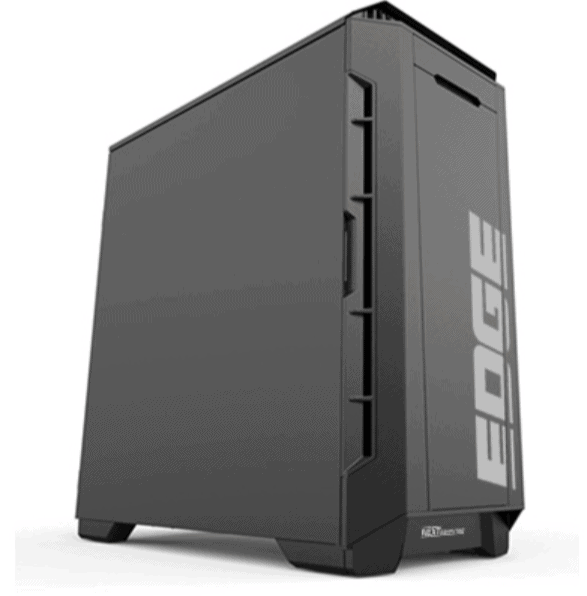 Edge XTi by NextComputing is the most expensive PC you can buy.

NextComputing makes extremely powerful PCs for professionals. From intense data processing to video editing and more, the company’s advanced systems are decked out with the latest tech and the most powerful processors.

At more than $40,000, this is easily the most expensive PC you can buy right now. NextComputing sticks to its strategy of ultra-powerful components with an Intel Xeon Gold processor and a whopping 192 GB of RAM. The setup is ready to go with over 1,000 GB of storage while a huge range of ports and expansion bays make this PC ready for customization.

9 Most Expensive Drugs on the Market