Mushrooms are some of the most versatile vegetables, as they can vary in different sizes, colors, terrains, and uses. Technically they are not plants but rather fungi, and some mushrooms can be edible, while others are strongly forbidden and fatal.

Mushrooms can grow by themselves in the wild, but they need humidity and nutritious land around trees to develop and release spores. Some cultures use mushrooms as medicine and fertilizer for plants and vegetables or for the production of fuels, building materials, or packages. There are also mushrooms consumed for their hallucinogenic effects, but they have many more benefits.

The most popular use for over a thousand edible mushrooms is for culinary purposes. Some fungi can have distinctive prices, differing from unique examples to some widely known, both edible and fatal. This list explores some of the rarest and most expensive mushrooms worth the money. 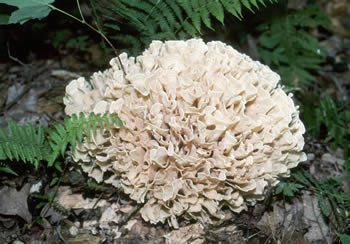 Sparassis spathulata is one of the rarest mushrooms from the Sparassis genus, characteristic for its similarities to cauliflower. It is easy to find it on their terrain, with an appealing taste suitable for different cuisine.

It is better to harvest in a young and fresh state because of its taste. Spathulata grows from the decomposing wood and dead trees, loving inhabiting oak trees from July to October the most. It’s a very rare sight in Britain and Ireland.

There are around 17 different species in the Sparassis genus, Sparassis crispa being the best-known. Crispa is one of the oldest traditional Chinese medicines. 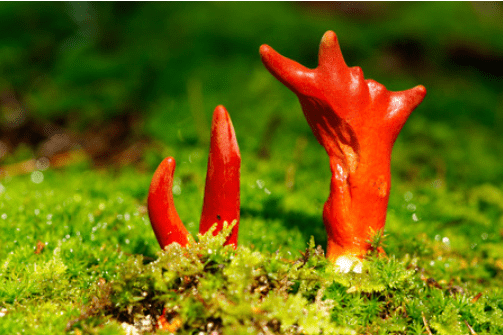 Also known as poison fire coral, this mushroom is highly fatal due to the toxic chemical product found in fungi. The species needs extra precaution upon harvesting because it can look like some other edible mushroom in the early stages of growth.

The fungus should not be touched or eaten, but there were cases of accidental use in drinks and food, almost all leading to death. Symptoms associated with this fungus are stomach pains, peeling of the skin, hair loss, speech impediment, and changes in perception.

There are about 30 fatal mushrooms out of the thousands worldwide. The most known toxic mushroom is from the Amanita species of mushrooms, responsible for approximately 95% of fatalities worldwide. 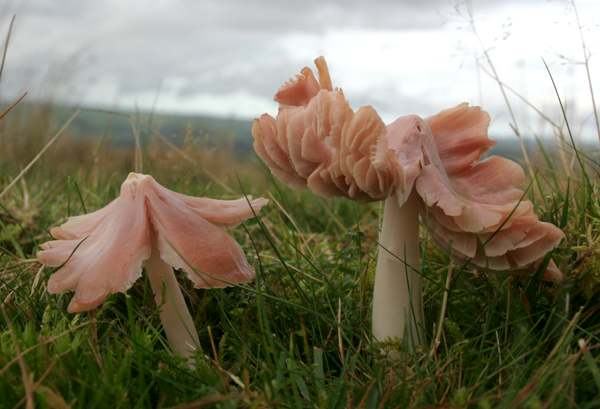 The mushroom is also known as the ballerina waxcap, found in Great Britain’s grassland with a pale pink cap. It is advised not to pick it because of its rarity in the wilderness, but it is edible.

The best time to see them in full bloom is in late summer and early autumn. Pink waxcap takes its name from a group of fungi with a waxy texture, often standing alone in the tall grass. Pictured above are older mushrooms, with their caps split and turned upwards.

The pink waxcap is on the International Union for Conservation of Nature (IUNC) list as a vulnerable species, and it is currently protected internationally by Bern Convention. This list includes more mushroom species as well. 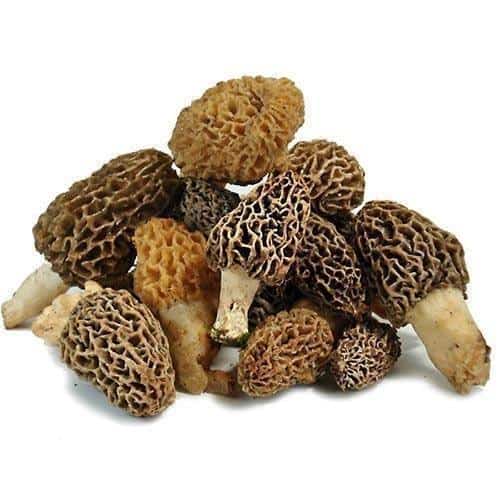 This spongy honeycomb mushroom, also known as Morel, is considered one of the most expensive mushrooms in India. The fungus grows in thick layers of snowy Himalayan mountains in regions like the Kangra Valley, Kashmir, and Jammu.

Guchchi mushrooms have plenty of health benefits as they are rich in potassium, vitamins, especially vitamin D, and antioxidants. Handpicked between March and May, Morel mushrooms need to be dried off or powdered before being sold.

Guchchi does not grow in the same spot as the previous year, unlike many other mushrooms, so this mushroom is unpredictable and hard to spot. They can’t be cultivated commercially. 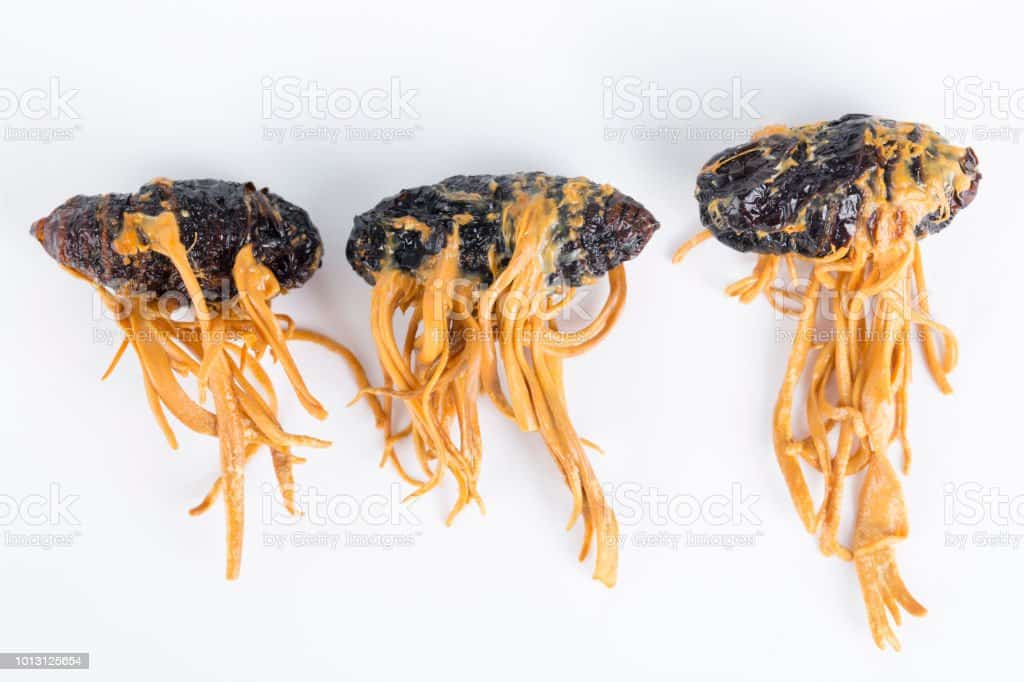 Cordyceps species are mainly found in Asian grassland, growing on insects and parasites, but the cultivation can happen in rice and silkworm moths. There were a few cases of USA commercial cultivation in recent years.

Cordyceps can be used for culinary purposes but are also used as medicine – to treat respiratory problems and other disorders connected to that, widely recommended for immunity improvement and fighting cancer.

Anyone can cultivate Cordyceps Militaris, the opposite of Cordyceps Sinensis (Yartsa Gunbu), the mushroom naturally growing only in the Himalayas mountains. 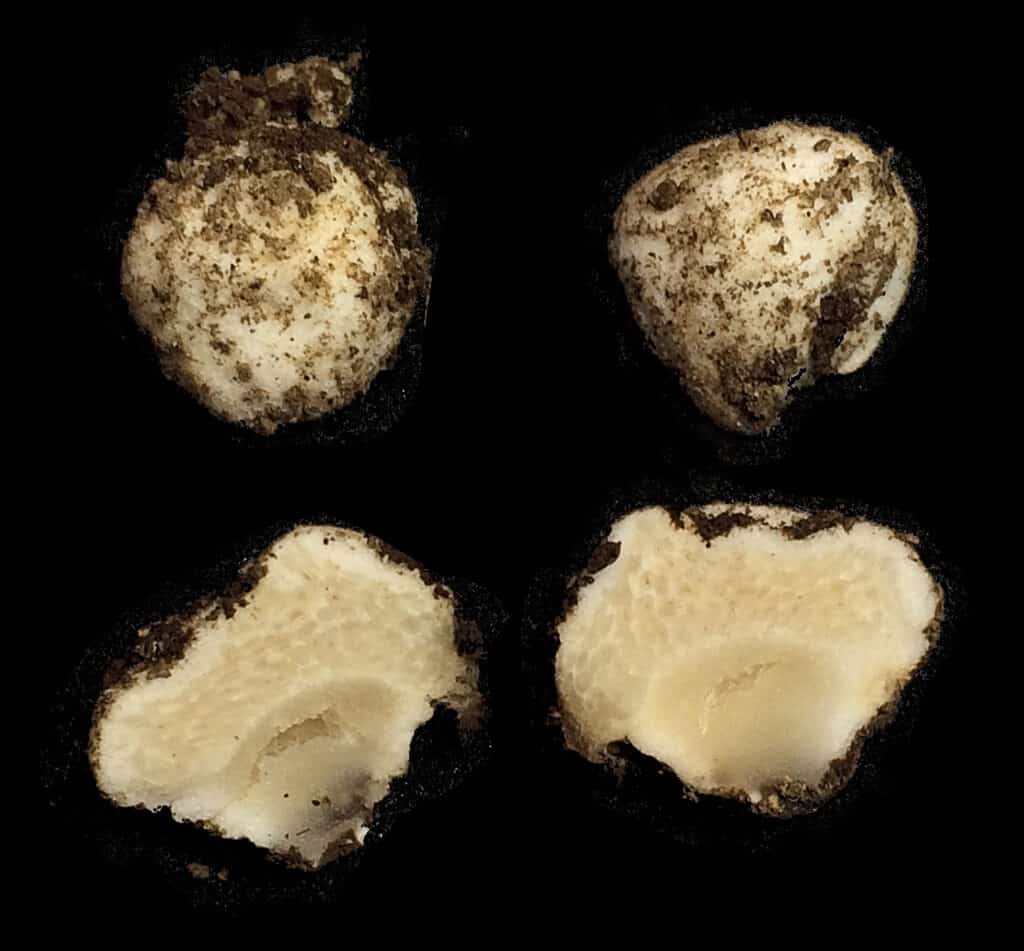 Vulnerable Amanita mushroom from the IUCN Red List of Threatened Species currently has about 600 mature individuals only in Argentina and Chile. Mushrooms from this genus evolve into truffles underground, with a fruiting body resembling a golf ball.

There isn’t much information about this mushroom being edible since the Amanita genus is famous for the variety of toxic mushrooms. Even with this, people are advised not to eat Amanita nouhrae due to their close to extinct status.

Mushrooms are the ultimate organic food due to their nature. Fungi generally grow by recycling the nutrients from decaying trees, grassland, insects, and animals. In some cultures, people use different types of mushrooms during religious ceremonies. 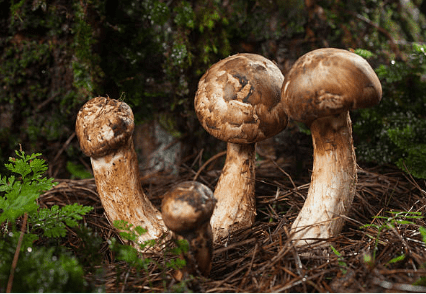 This highly sought-after species of edible mushrooms have been popular in Japan for thousands of years, but its price comes mostly from their specific needs to grow. Foreigners often explain their spicy, fruity flavor as not pleasant, but it is considered a delicacy.

They get their name from the Japanese word for pine tree, under which they grow, covered with roots and forest floor. A type of pine-killer roundworm has spread around Japan in recent years, killing Matsutake mushrooms as well.

The Matsutake mushroom is another example of endangered fungi on the IUNC list of threatened species, with its habitat decreasing in size gradually. 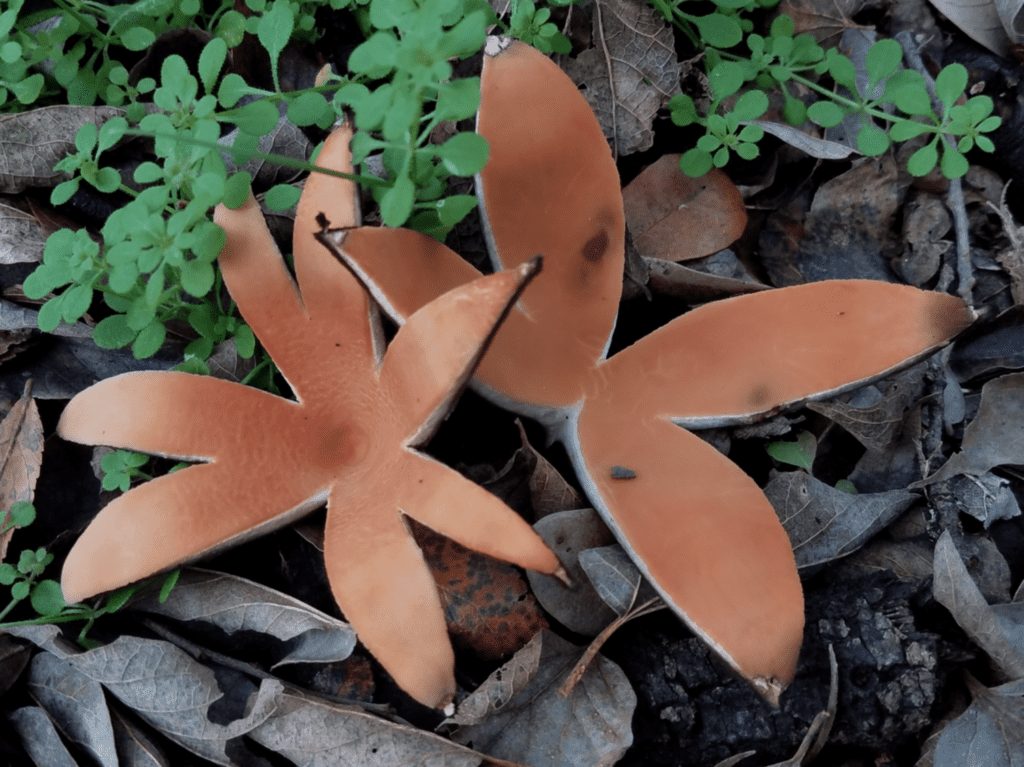 Chorioactis geaster is one of the rarest fungi found only in Japan and Texas. It resembles a small rusty cigar with four to seven points, earning the nickname “Devil’s cigar”. Those points split as the mushroom grows, “hissing” as they release spores.

There isn’t enough research about the functions and taste of this fungus, but people are advised not to eat it. It grows on cedar elms in Texas and dead oaks in Japan. Some say it looks like a blown cartoon cigar, hence the name.

The population of this fungus is interesting because it grows on two completely different terrains, deviating genetically from each other almost 19 million years ago. But it is thought that it wasn’t interfered with by humans, remaining a mystery of how it traveled that far. 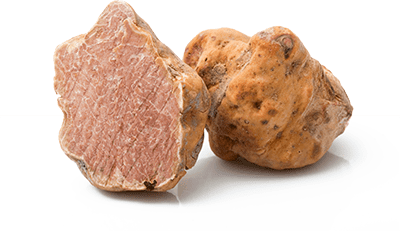 One of the best-known and most expensive truffles is The European White Truffle growing with oak, hazel, beech, and fruits in autumn. Truffles in pale cream to light brown grow underground, hard to find if you don’t have a good sniffer dog or a pig.

White truffles are edible, mostly eaten raw. It can be shaved with a special truffle shaver or grated for a fine sprinkle over fresh pasta, filet mignon, or lobster. The taste is similar to shallots, described to have a garlicky aroma.

A food and wine lover from Taiwan sold the most expensive 4.16-pound white truffle for $61,250 at a New York City auction.

The most expensive and rarest mushroom, Yartsa Gunbu, is also called the “Viagra of the Himalayas”. This yellow-grey fungus is a parasite infecting ghost moth caterpillars before killing them from inside, usually growing at 3,000 to 5,000 meters above sea level.

Yartsa Gunbu has been a part of traditional Chinese medicine for centuries, considered the best of both worlds – a good balance of an animal and vegetable. This fungus is a status symbol, more often used as a gift rather than food.

In Tibet, Yartsa Gunbu is one of the most important sources of income for collectors, contributing to about 40% of the annual cash income. There were even reported cases of murder between collectors because of how rare and valuable the harvest is.