Aston Martin was founded in the early 20th century by two men in a small London workshop. Robert Bamford was an engineer while Lionel Martin was a businessman with aspirations of owning a car company. The two officially began their partnership on January 15th, 1913 when the Aston Martin company became a legally recognized cooperation.

The first Aston Martin was made in 1914, but World War I disrupted plans to continue the project. Bamford and Martin rejoined forces in 1919 after the war ended. However, Bamford reportedly became frustrated with the partnership and left the company. Aston Martin went bankrupt a few years later and was taken over by new owners, leading to Lionel Martin’s exit in 1926.

The company survived these disruptions, and Aston Martin cars became a symbol of wealth and racing excellence. The company’s cars competed in renowned races like the 24 Hours of Le Mans, but Aston Martin was disrupted once again when World War II broke out. During the war, the company helped make aircraft parts.

Despite plenty of ups and downs, Aston Martin remains a pricey name in the world of sports cars. Keep reading to learn more about the most expensive Aston Martins ever sold! 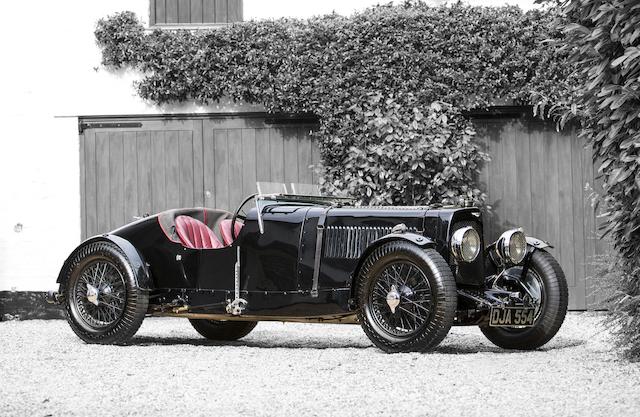 The 1930s was defined by a lot of economic turmoil. America was in the depths of the Great Depression and Aston Martin had to deal with low sales and expensive materials — but they made it work.

The 1934 Ulster was one of the many cars impacted by Aston Martin’s economic troubles, but it was powerful and impressive nonetheless. Only 31 were made and Aston Martin kept the focus on competition. The company painted the dashboard matte black to reduce distracting and potentially dangerous light reflections, and the engine’s power was bolstered by a lightweight body.

Today, just 28 1934 Ulsters remain. In 2013, Bonhams auction house sold one of these rare cars for about $1.5 million, making it one of the most expensive Aston Martins ever sold. 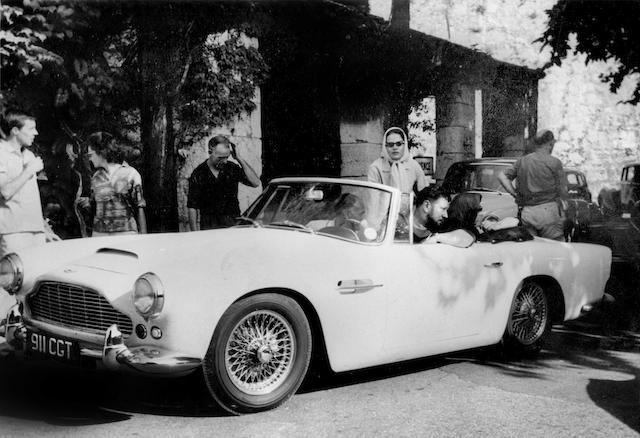 The 1962 Series IV was a limited-edition version of an existing Aston Martin. About 1,100 standard units were made, while just nine special edition Series IVs were made.

This particular IV was once owned by Sir Peter Ustinov, an award-winning playwright and actor. The car changed hands a few times over the years, and it eventually landed in an auction held by Bonhams. The auction house says the car sat undriven in a private car collection for years before joining the Bonhams auction roster.

Sir Peter Ustinov, the former owner of this car, helped make over 70 films across the globe during his 60-year career. 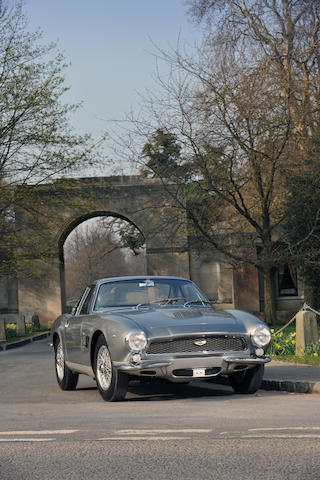 Bonhams is at it again. In 2013, the auction house sold a rare Aston Martin DB4GT Jet Coupe from 1960. This limited-edition line was adapted from another Aston Martin vehicle and enhanced to perform well against other leading race cars.

Aston Martin didn’t just focus on power though, the inside of the car was designed with luxury in mind. Connolly leather, enhanced dashboard monitors, and beautiful craftsmanship made this car powerful and beautiful.

According to Bonhams, Aston Martin’s work paid off. The 1960 Jet Coupe proved a worthy challenger to the Ferraris leading GT racing, and many earned first place in competitions of the era.

This car was originally finished with light green paint. 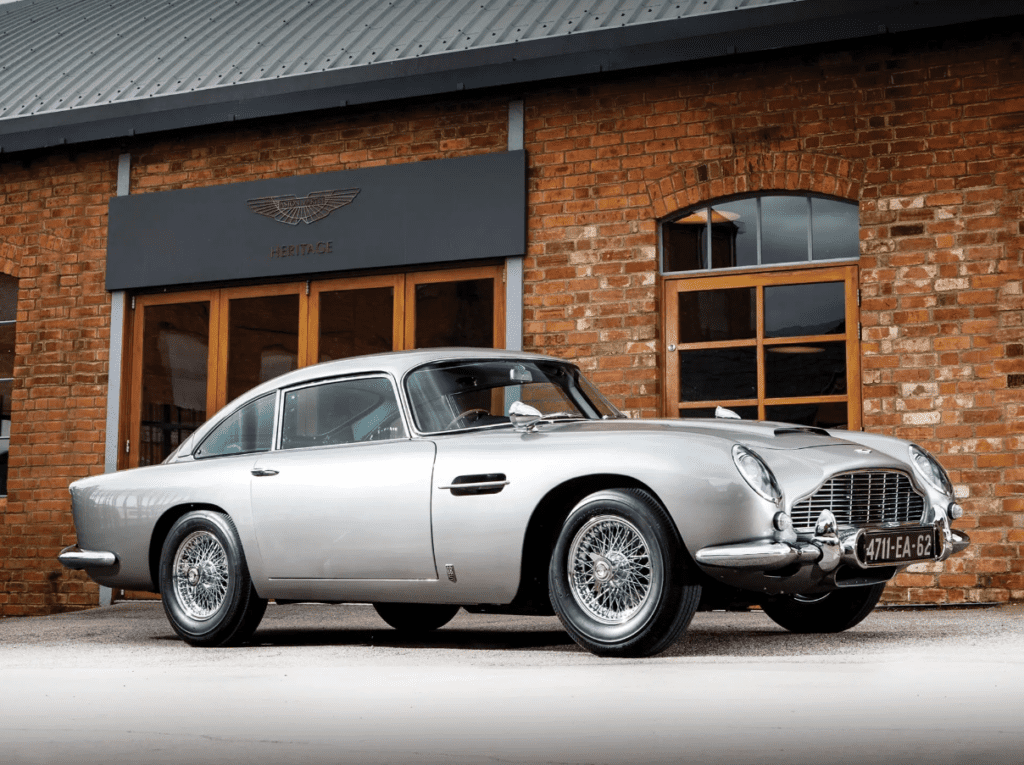 Aston Martin made its most iconic cinematic debut in 1964 with the release of “Goldfinger.” The famous James Bond film set the stage for a Martin-Bond partnership that’s lasted for decades.

In 2019, Sotheby’s auction house sold a 1965 Aston Martin DB5 featured in “Thunderball” starring Sean Connery as 007. Eon Productions purchased two DB5s for the film, and Sotheby’s says this one was outfitted with modified parts for special effects during production. The car sold for more than $6 million, making it the fifth-most expensive Aston Martin ever sold. 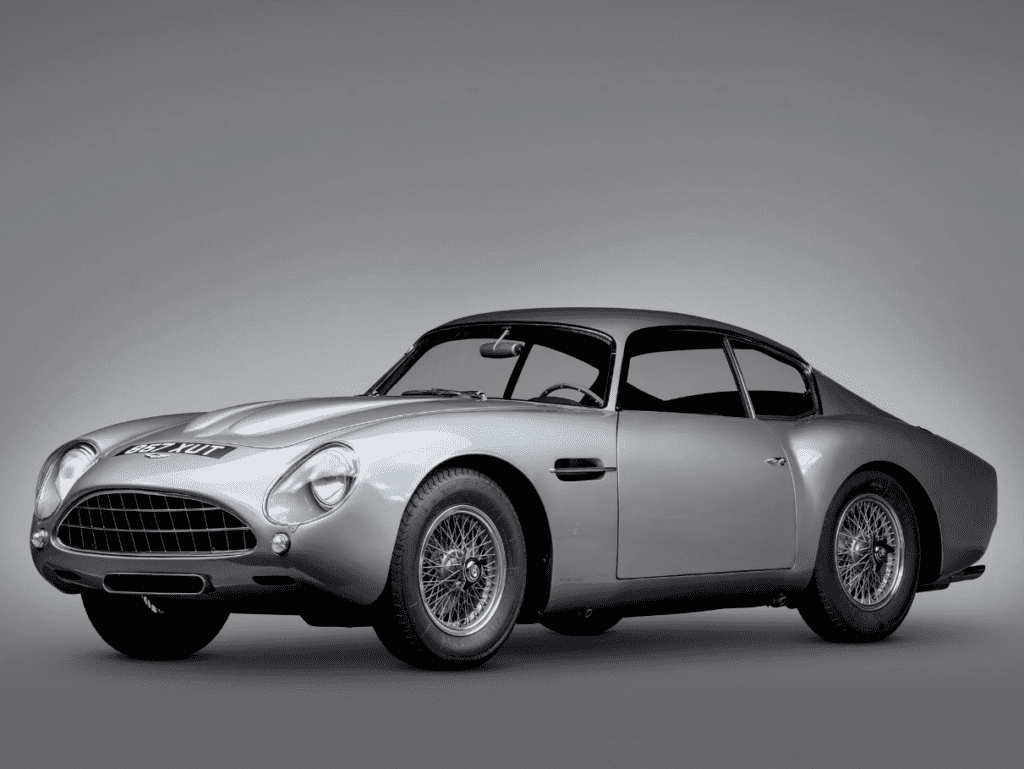 Just 19 Aston Martin DB4GT Zagatos were made in 1962, and only six of them were left-hand drivers. The rest had steering wheels on the right, which is standard in the U.K. (where Aston Martins are made).

This particular 1962 Zagato was sold at a Sotheby’s auction in 2021. The car was reportedly first owned by Navy Commander James Murray, but it changed owners a few times over the years and was occasionally upgraded.

In the ‘70s, owner Tom Leake had the vehicle’s engine rebuilt, then a U.K.-based photographer named Julian Cottrell updated the transmission. In the early 2000s, the car traveled from Europe to the U.S. where it joined Chris Cox’s car collection.

Eventually, the car made its way to Sotheby’s where it sold at an auction for a jaw-dropping $9.5 million. Sotheby’s calls the car “The ultimate vintage Aston Martin, period,” and says it’s still equipped with the original engine.

This car was once part of Peter Goodwin’s car collection.

Only two special-edition ‘61 Grand Touring Coupes were made, and Bonhams sold one of them in 2018. The rare car was made for racing and hit the track in the early ‘60s, including iconic competitions like Le Mans and Goodwood TT.

In the end, Sotheby’s sold this car for more than twelve million dollars. Sotheby’s described the Grand Touring Coupe as “perhaps the most famous – and certainly the most covetable – of the Aston Martin quasi-works team’s competition coupes from the early 1960s.”

Before it was sold by Sotheby’s, this car was privately owned in a family collection for nearly 50 years. 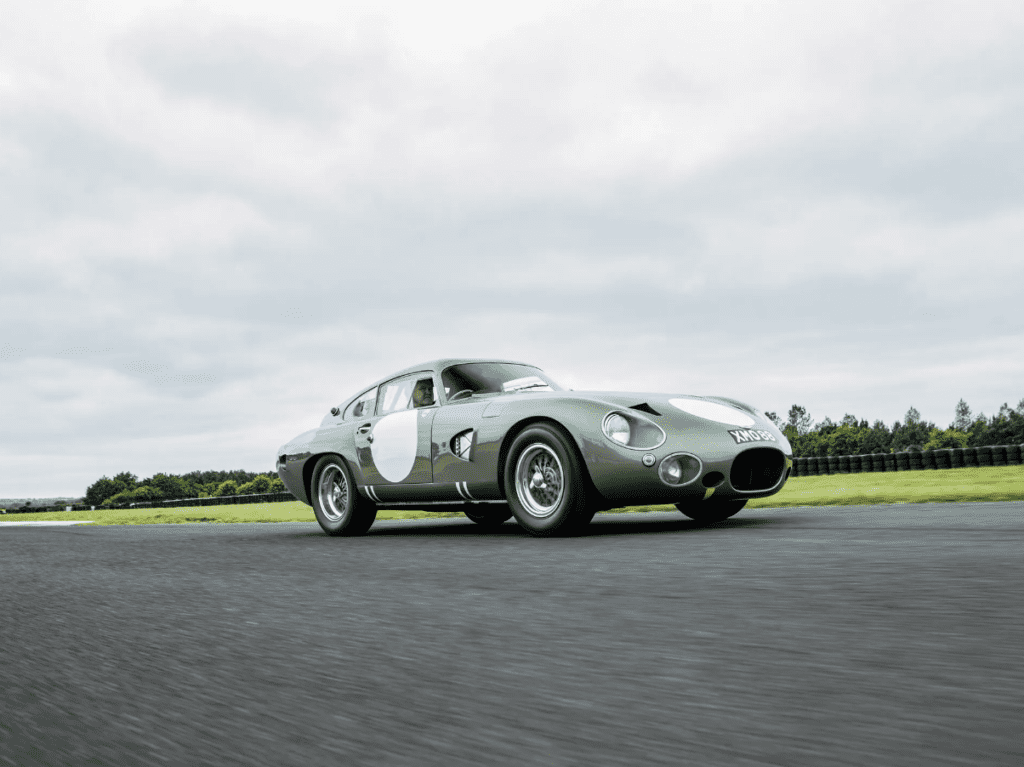 Aston Martin made this one-of-a-kind car in 1963 as a test racer for Le Mans. Incredibly, the decision to make the car was made formal just two months before the race. That means the team had only two months to make and test their car before sending it off to one of the most high-profile car competitions in the world.

Somehow, Aston Martin pulled it off. The car entered the race and hit top speeds of nearly 200 mph. It wasn’t all good news though. After two hours of racing, the car’s gearbox failed and the DP215 exited the race.

Aston Martin didn’t give up hope. The company kept the car with the dream of refining it and racing again, but an accident during a road test crushed those dreams. The car was repaired, but further development never happened.

In 2018, Sotheby’s sold this one-of-a-kind car for more than $21 million, making it the second-most expensive Aston Martin ever sold.

Sotheby’s says the previous owner of this car traded a Ferrari for it. 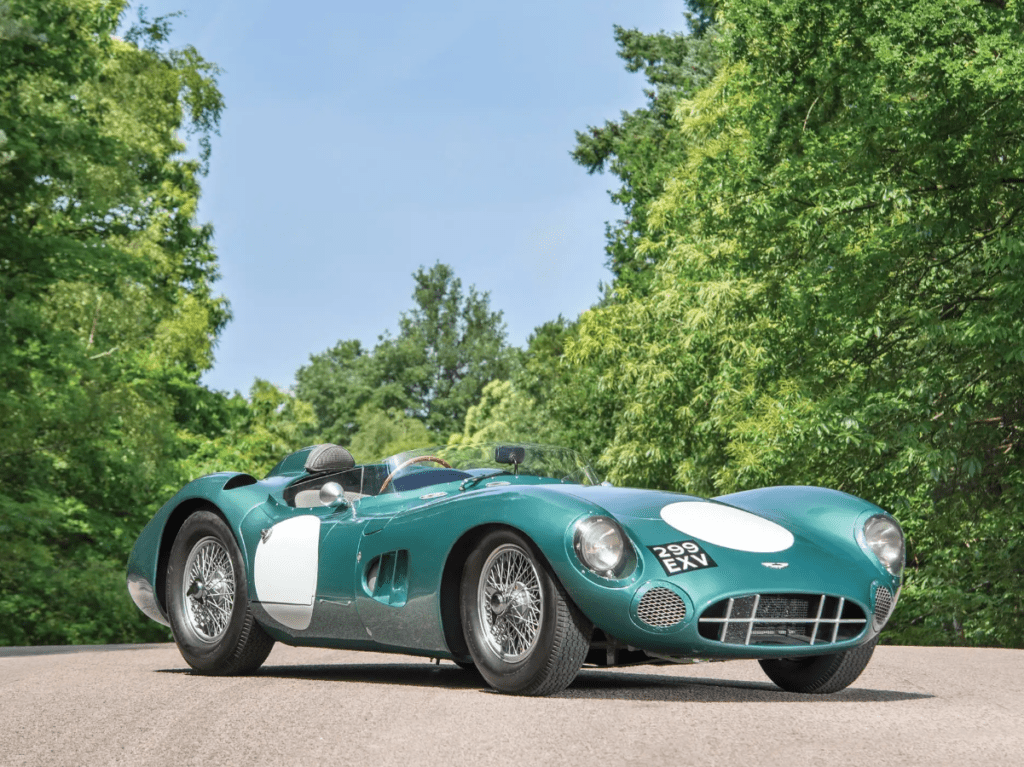 Aston Martin made just five DBR1s, and Sotheby’s sold one of them. The car was the first of that five-unit collection, and the auction house calls the vehicle “The most important model in Aston Martin history.”

Aston Martin made its DBR1s for high-profile racing. As a result, this car was driven by big names like Jack Brabham and Carroll Shelby. Combine that with the rare design and the car sold for $22.5 million to an anonymous bidder.

9 Most Expensive Restaurants in Miami

8 Most Expensive Bottles of Jack Daniels