8 Most Expensive Apple Products Ever Made

Apple started when Stephen G. Wozniak had the idea of developing a computer company in the ‘70s. Wozniak approached an established company with his idea but was turned down. Instead, the budding entrepreneur partnered with his former high school classmate Steve Jobs.

Apple products have always been a bit expensive, from multi-thousand-dollar computers to $700 wheels.

With this list, we’ll look at eight of Apple’s most expensive products ever made — keep reading to learn more! 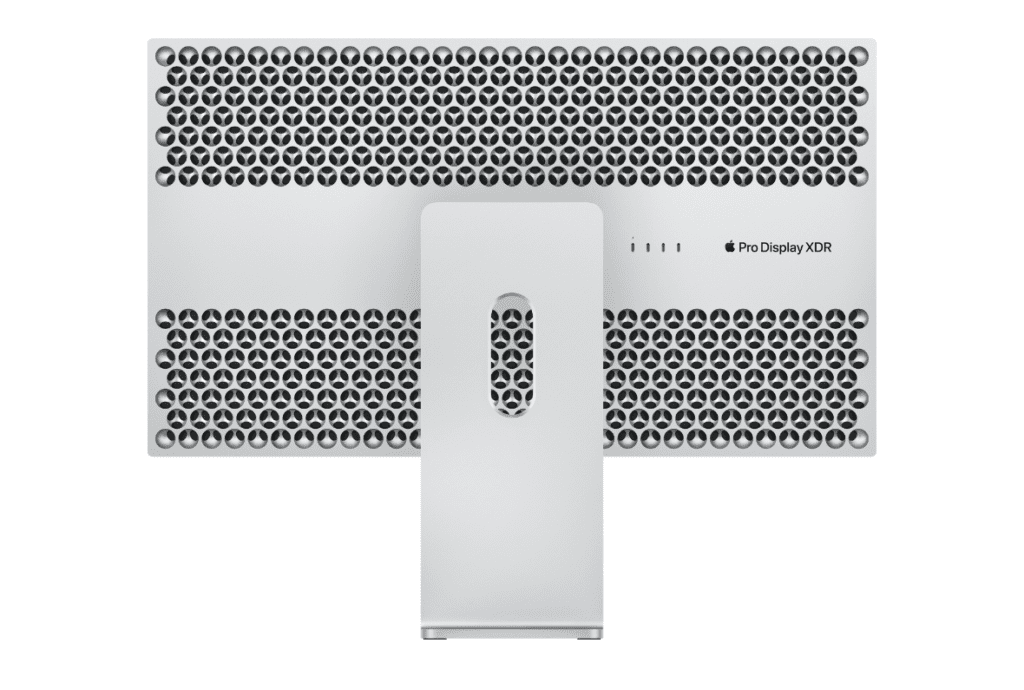 First up is a very pricey computer monitor released in 2019. The device is an ultra-high-end setup offering a high-contrast display and some pretty impressive features. The 31.6-inch screen offers 6K resolution, amazingly sharp visuals, and beautiful color reproduction.

Strangely, Apple didn’t provide a stand with this display. Buyers had to purchase a separate one for $999, bringing the total price to a whopping six thousand dollars.

The stand does offer some cool features though, including the ability to flip your screen into portrait or landscape mode. 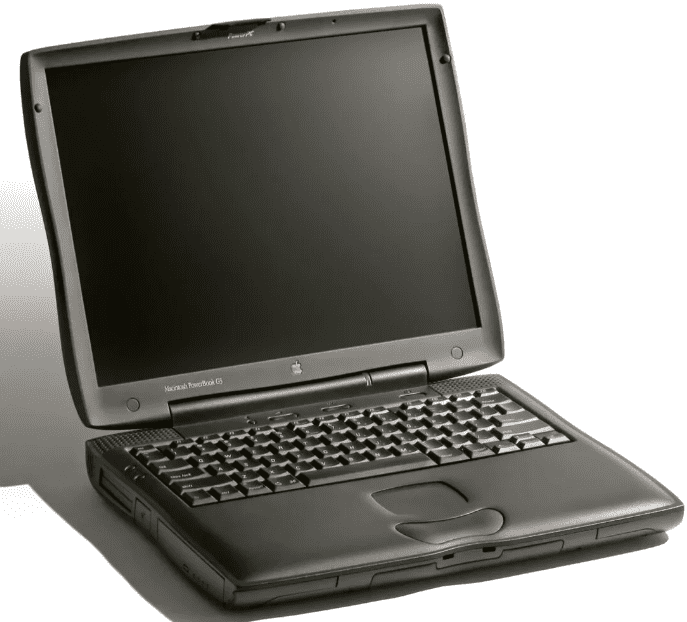 This laptop looks totally dated now, but it was pretty futuristic in its day. Apple was at the forefront of consumer tech in the ‘90s, and the PowerBook G3 was the company’s latest laptop. The device featured a lot of tech you’d need in those years, like a floppy disk drive and a forward-thinking 12.1-inch display.

Apple equipped the device with just 32 MB of RAM, but hey, these were the early days of personal computers.

The PowerBook G3 was originally priced at $5,700. The laptop didn’t stay on the market for very long, but Apple didn’t take much time to drop newer, better devices.

Apple released its first laptop in 1991. The PowerBook 100 weighed just over 5 pounds and featured a 9-inch display. 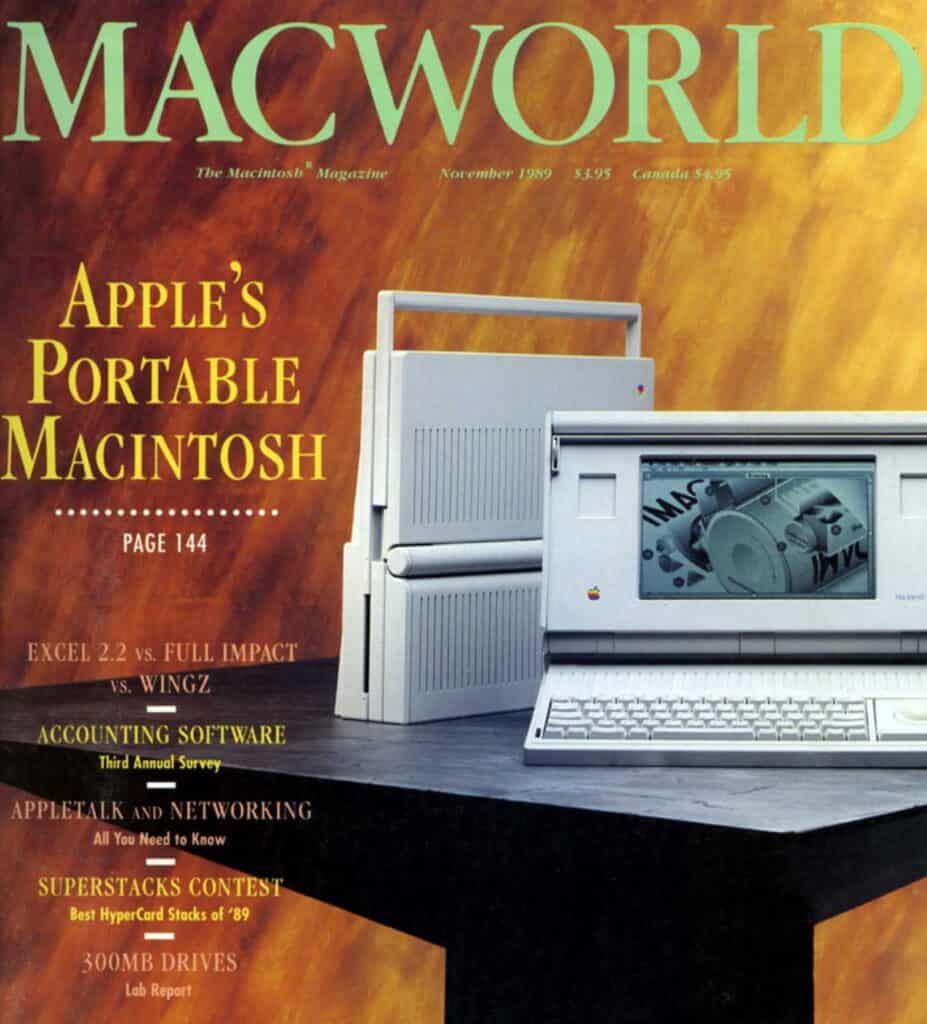 The Macintosh Portable was groundbreaking. The device was Apple’s first portable computer, a 15.8-pound, $6,500 system that set the stage for some of the world’s first laptops.

Beyond portability, the Mac Portable was the first Apple computer shipped with a preinstalled operating system. That’s standard today, but it was (yet again) groundbreaking in those years.

This computer has a pretty major case of Old Tech Syndrome. The display was only capable of black and white graphics, and the whole thing was over 4 inches thick. However, the computer did have one pretty impressive spec: it lasted 10 hours on a single charge! That’s great, even by today’s standards. 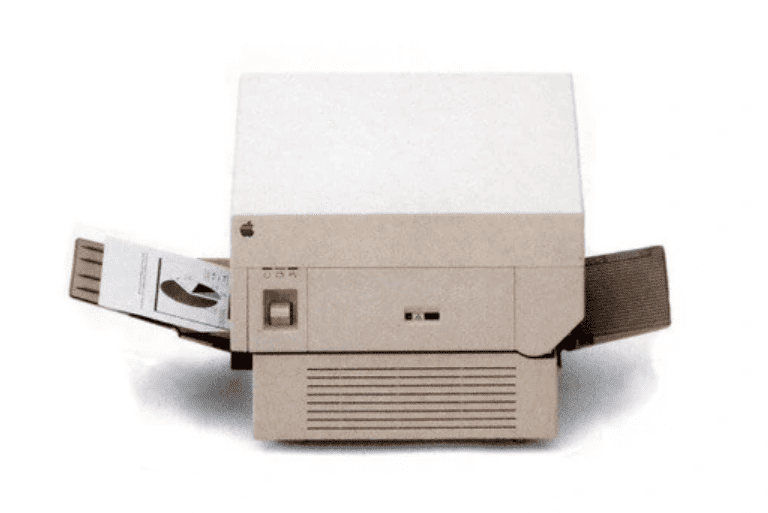 The LaserWriter was Apple’s first laser printer. Like many Apple products, the device was a trend-setting creation that set the stage for modern tech.

The LaserWriter was the first printer that made it possible to print ultra-high-quality images and text, letting digital designers create their visuals on a Mac, then print those visuals instantly.

It was also the first printer with PostScript functionality, a system that created room for modern systems developed by Adobe.

The LaserWriter was priced at nearly $7,000 in 1985, making it the fifth most expensive Apple product ever made.

Experts credit the LaserWriter with launching the desktop publishing revolution (meaning the device allowed people to easily print their own pages at home and in the office). 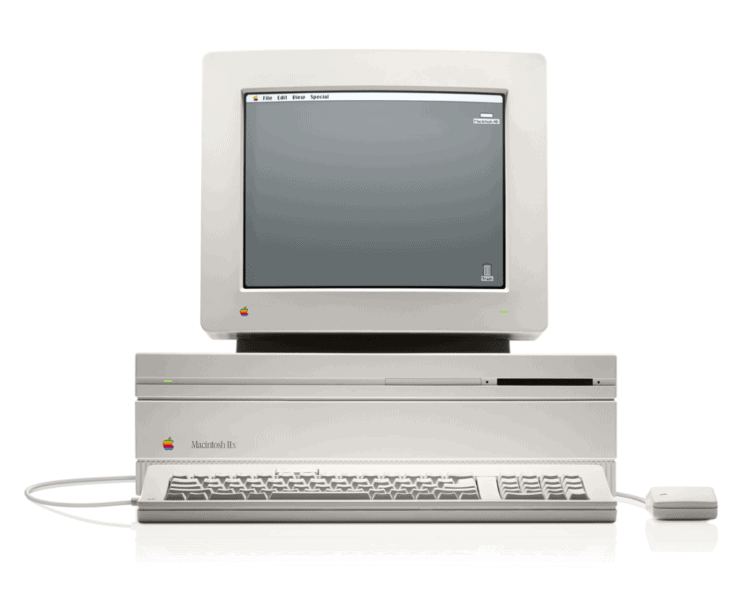 Up next is the Apple Macintosh IIx, a 1988 computer with a Motorola 68030 processor and a variety of spec options. The higher-end setup features 4 MB of RAM, while the cheaper option has just 1 MB.

That upgrade didn’t come cheap though. Apple priced the base model IIx at about $7,700 while the top-end setup went for over nine grand.

Like other old Macs, this setup didn’t come with a built-in monitor, so you’d have to pay extra for a display.

Beyond visuals, Apple equipped the computer with a processor speed of 16 MHz and an 80 MB hard drive. It’s all very dated today, but it was yet another example of Apple’s forward-thinking tech design towards the end of the 20th century.

This computer came with an optional video card. 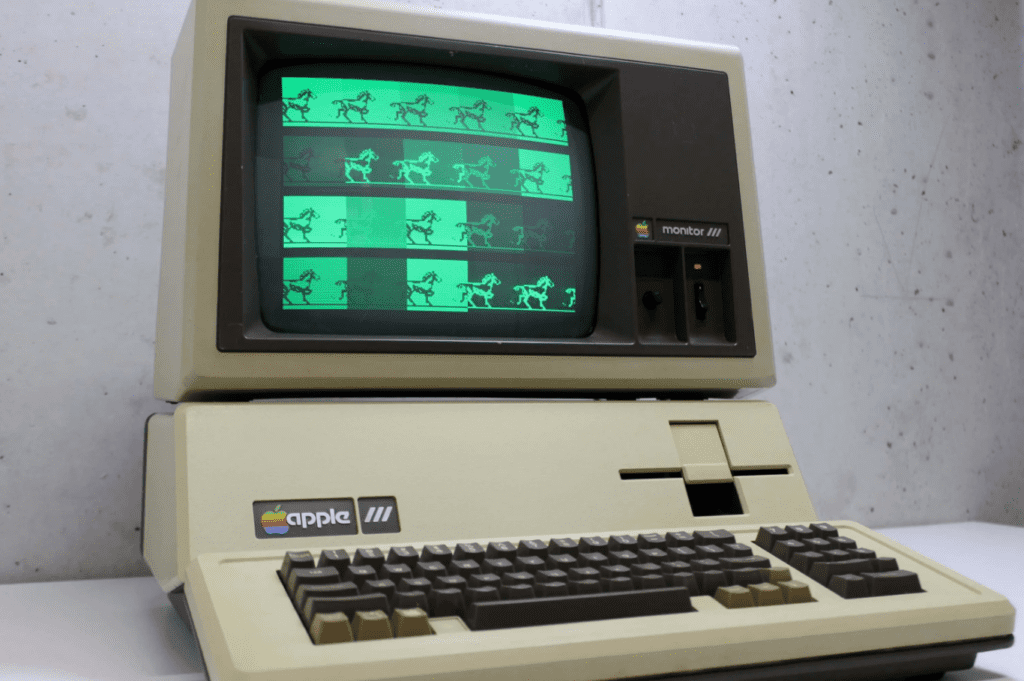 The Apple III seemed poised to be a success, but a few warning signs indicated this computer might not do great in the market.

Second was the design process. People say way too many designers worked on it, and input from Steve Jobs proved to be the nail in the design coffin. Why? Jobs reportedly fought against adding air vents for aesthetic reasons. Consequently, the computer was prone to overheating.

And all those designers? The computer was pulled in too many directions, and functionality suffered as a result. The device was so poorly made that Apple tech support literally recommended people drop it from a height of 2 inches “to help reset loose chips.”

The Apple III may have been a failure, but it was expensive nonetheless. Originally priced at nearly eight thousand dollars, the computer is the third most expensive Apple product ever made.

Apple didn’t sell very many Apple IIIs, but the device still helped the company make $100 million in profits at its sales peak. 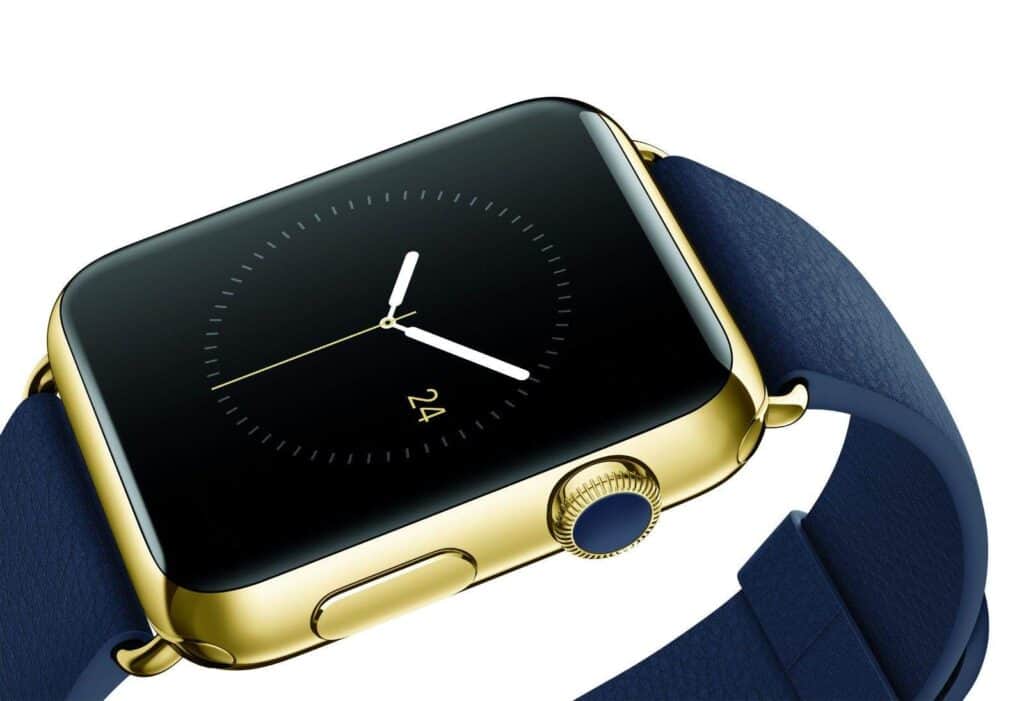 Coming in at number two is the wildly expensive Apple Watch Edition. The 2015 release marked one of the most expensive Apple products ever created, a smartwatch starting at a jaw-dropping $10,000.

When it comes to function, the Apple Watch Edition is literally identical to the standard, $350 version Apple also offered in 2015. So why’s it so expensive? It comes down to materials and brand recognition.

As one reporter put it, “The Apple Watch Edition is a classic Veblen product. The outrageous price is the whole point. And the higher it gets, the more of them Apple will sell…They are bought for a very specific purpose: to display the wealth of the owner. It’s all about status.” 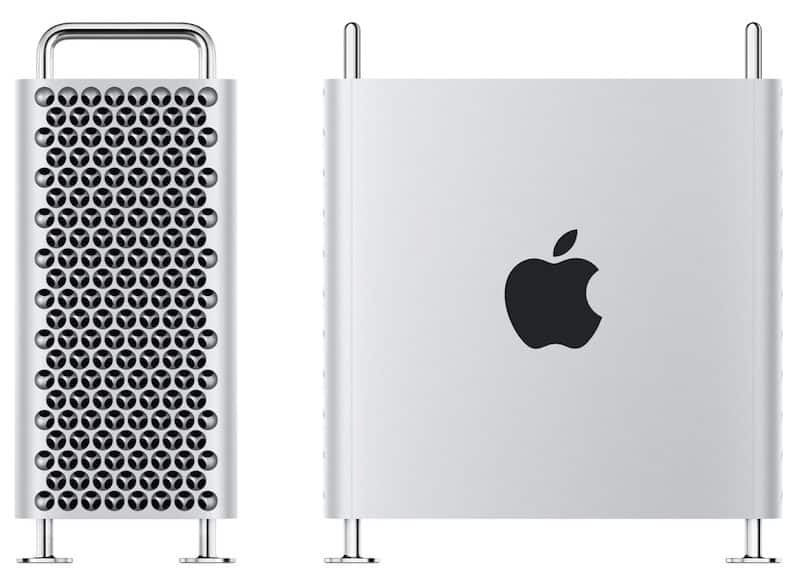 The 2019 Mac Pro is the most expensive Apple product ever made.

The top-end 2019 Mac Pro configuration is more expensive than most brand-new cars. Seriously.

This wildly expensive computer features maxed-out specs like 1.5 TB of memory, a 28-core processor, and 8 TB of solid-state storage. All priced at more than $50,000.

Incredibly, that price tag climbs even higher if you add an Apple monitor. “Optionally, you can also throw in one of Apple’s Pro Display XDR monitors,” says one report, “It starts at $4,999, with a fancier matte…glass option that costs $5,999, which we’ll obviously choose because money is clearly no object here.”

Overall, you could spend just over $60,000 on a complete 2019 Mac Pro setup. But what if you didn’t want to max out everything? It would still be expensive. The base model was initially priced at just under $6,000, so these are definitely machines designed for advanced users.

The 2019 Mac Pro was designed to be modular and upgradeable so users can keep their setup up to date.

10 Most Expensive Toothpaste in the World