Astrology has been a point of contention in our modern times, with some folks heralding it as a beacon of truth and the key to understanding our fellow humans. However, there are others who dismiss the Zodiac as hogwash, a silly topic of discussion for first dates to “determine” compatibility. Whether or not you believe the Zodiac to be a barometer for human traits, we can all agree there are some signs that are less common than others, depending on seasonal factors and, of course, the sun. Here’s a ranking of all 12 Zodiac signs, from most common to rarest. 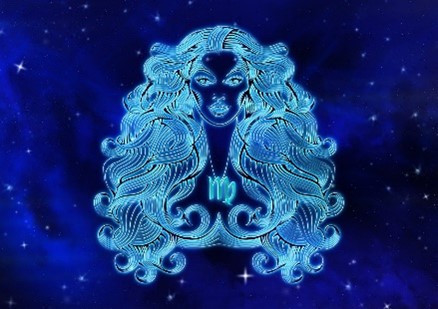 Ah, Virgo. Considered by many to be the most “basic” of the Zodiac signs. If you’re looking for the most common sign, look no further than Virgo. According to a study conducted reported via Time, September is the most common birth month. In fact, the majority of birthdays falls between September 9 and September 20.

It makes sense, considering the time of conception for a September baby would fall around December, a month that marks the start of winter and colder days to come. A time when folks would rather stay inside where it’s warm and cozy.

Virgo holds the distinction of being the largest constellation in the Zodiac, and the second largest in the sky. It contains 49 extrasolar planets and 43 deep space objects.

Our favorite introspective crab, a.k.a. Cancer, takes their place as the second most common Zodiac sign. Think about it – summer chock full of birthdays. You probably know more folks born in the summer than in any other season. Why? Because making the beast with two backs is quite the popular activity amid those chillier months. It’s a great way to banish the cold.

Even though July 4 and July 5, two of the least common birthday dates, fall in Cancer season, the surrounding days make up for it. Cancers are immensely nurturing, so the more of them in our lives, the better.

Cancer is the dimmest constellation in the sky, even though many believe the Cancer sign signifies the beginning of summer. 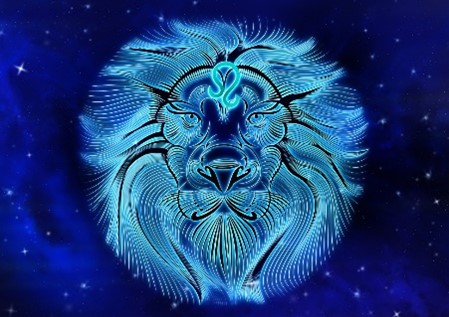 Everyone loves a good lion! The roaring Leos are among the most common Zodiac signs, which certainly doesn’t gel with their extroverted, star-power personalities. Roughly 0.09 percent are born Leos, but it should be noted that it’s nearly impossible to determine how many people were born on the cusp of their Zodiac sign, and whether they fall more in line with one sign’s territory over the other.

Leo rules over one quarter of the top 100 most common birthdates and, due to their ability to stand out from the crowd, it makes sense that this sociable sign lords over us all. Leos are great leaders with a penchant for egotism but, on the flip side of that, their generosity can elicit an altruistic streak from time to time. One thing is for certain: make sure you invite a Leo to the party.

Leo is Latin for “lion,” and it rules the fifth house, which is all about creativity. 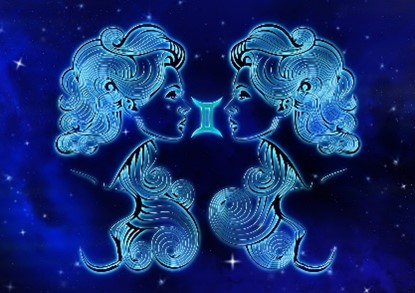 Geminis, everyone’s favorite dual personality, is another common Zodiac sign. Ruled by Mercury, these folks were likely conceived around August/September.

Gemini is right on the cusp of summer, and summer is the most popular season for births, so this tracks. Not to mention, August and September mark the end of summer/beginning of fall, when everyone goes back to school and sun-filled activities tend to go on the backburner.

Geminis are known for their vast intellect and their rapidly-changing moods. Just like Leos, Geminis are the life of the party … just don’t expect them to show up.

Under the sidereal Zodiac, the sun transits Gemini from June 16 to July 16. 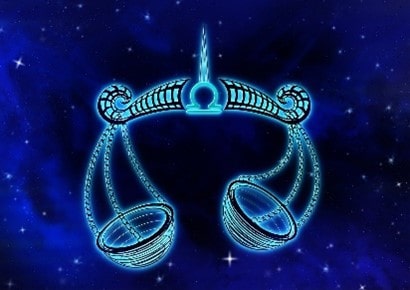 Libra isn’t the rarest sign in the Zodiac, especially when you think about when Librans were conceived – December and January. Remember, that’s when tons of folks plan their conceptions or … they just like to do it in the cold months. There isn’t a lot going on in the frozen tundra of the outside world, so why not keep warm by performing the beast with two backs?

Librans ooze charm and class. They’re the pinnacle of elegance. Venus is their ruling planet, which is the ruler of romance and beauty. You’d be hard-pressed to come across a loathed Libra.

Libra is Latin for “scales.” They’re known for being balanced and bringing harmony to those around them. 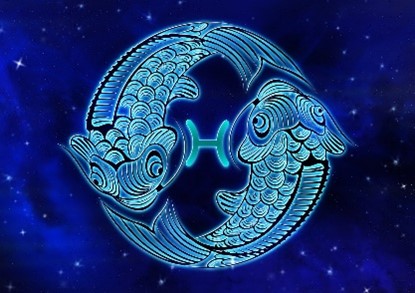 The adaptable Pisces can simply swim upstream to avoid hardship. Everyone’s favorite fishes were probably conceived in May and June, making them spring or summer babies. Of course, spring is when the weather is more than favorable, so it’s less likely that folks will engage in intercourse around this time based on previous research. That puts Pisces in the middle-ish of this list.

While those born under Virgo are certainly more common, there are astrological signs less common than Pisces. So … enjoy your cozy spot in the center, Pisces. Pisceans are rather easy-going and non-confrontational. They’d rather wait for their problems to solve themselves. 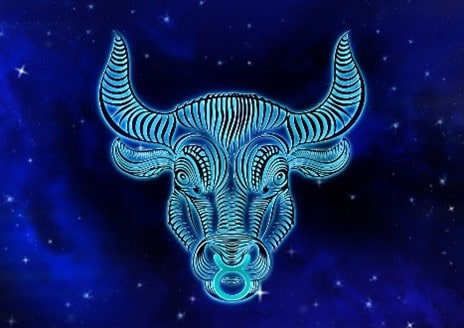 Don’t mess with the bull, or you’ll get the horns! Like Pisces, Taurus has the distinction of residing somewhere in the middle – between most common and least common. Taureans were conceived around July and August, an uncommon time for conception. However, summer isn’t an uncommon time for birth.

Nevertheless, Taureans are here to stay. They’re known for their stable temperament, kind heart, sturdiness, and unwavering loyalty. You’ll always have a friend for life if you win over a Taurus. They’re incessantly reliable, too. Always err on the side of Taurus. 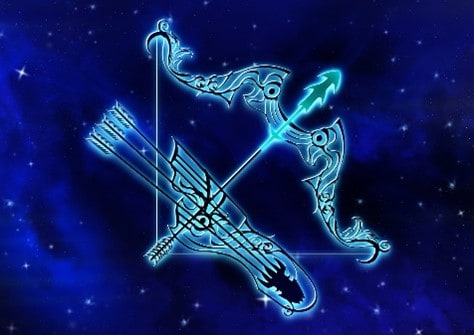 Watch out – the flaming archer is heading your way! Sagittarius lives somewhere in the middle, and with good reason. Sagittarians were, most likely, created in February and March, months that are still steeped in the harsh, cold light of winter. However, around this time in some parts of the country, the weather starts to veer toward spring.

Sagittarians are completely open to new and exciting things. They can be restless, with a predilection toward travel and exploration. These folks are incredibly independent and protective of their independence. You’ll find that most people under this sign marry later in life.

Sagittarius is a centaur in mythology, an educated healer whose intelligence forms a bridge between Heaven and Earth. 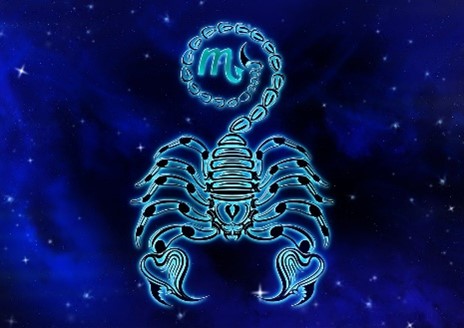 Scorpions are known to be the most mysterious, emotional, and sexual of the astrological signs, so it comes as no surprise that it ranks on the least common side of the Zodiac. These powerful, deep-feeling folks were, more than likely, conceived in the winter months, which can be a boon or a negative.

Of course, summer babies are the most common, so it makes sense that fall/winter babies rank lower on the birth list. Think of the Scorpion as a unicorn that can sting – a mystical creature that’s obsessed with darkness and death (you can chalk that up to Pluto’s influence).

Initially, Scorpio was ruled by Mars before Pluto was discovered in 1930. While it’s debatable whether or not only one of these planets currently reigns over Scorpio, most accept them as dual rulers of the Zodiac sign. 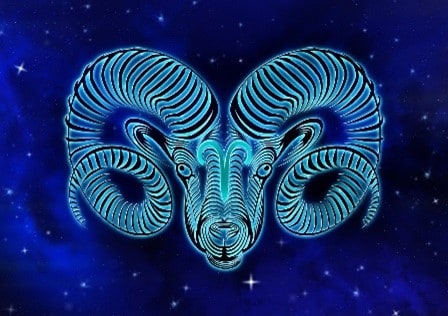 The fiery Aries is another Zodiac sign that’s on the less common side. If we’re going by the folks’ copulation habits based on the seasons, then, logically, Aries wouldn’t be as common as Virgo.

Most born under this sign would’ve been conceived in June/July, the epitome of summer. You know, a time when everyone is playing outside, enjoying the sun, and maybe catching a tasty wave or two. Anyway, the headstrong, fearless Aries stands alone, and it’s clear as to why.

Aries is the first astrological sign in the Zodiac. It spans the first 30 degrees of celestial longitude. 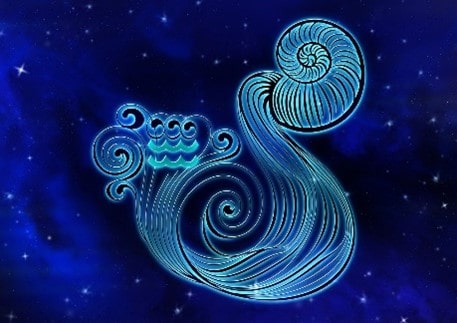 Aquarius is another uncommon Zodiac sign. Why? Because it’s that time of year when it’s still terribly cold, and nobody wants to go outside. Why subject yourself to the freezing sting of winter when you can stay inside and, have fun?

If you think about it, you probably don’t know that many Aquarians. You’ll find that those born under this sign are forward-thinking, rebellious, and not one to blend in with the crowd. They’d probably get a kick out of being one of the least common Zodiac signs. Chances are, Aquarians are conceived around April-May, a time when everyone starts to spend time outdoors.

The Aquarians’ sign, the Water Carrier, is known as a mystical healer who gives life. 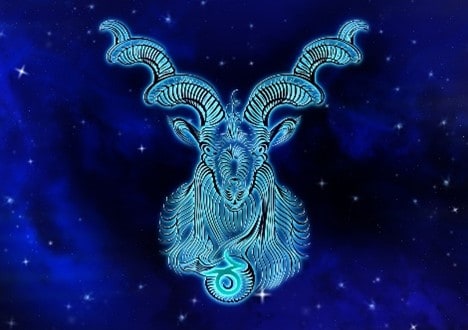 Based on accumulated data, Capricorn is considered to be the rarest sign in the Zodiac. For starters, the two least common birthdays in the calendar, December 25 and January 1, are national holidays. Not only that, they both fall during Capricorn season. More babies are conceived amid the winter months than any other time of the year. So, it stands to reason that more future humans are being created during the Capricorn season versus giving birth to them.

Of course, the winter holidays may play a role in less birthdays as well, especially if people plan their pregnancies. Who wants to give birth around Christmas?

The Capricorn’s animal, the Sea Goat, is a creature with the tail of a fish and the hooves of a mountain goat. It symbolizes Capricorn’s tenacity, and their ability to travel from the lowest depths to the highest of highs.