Average Price Range: $3,500 to $6,225
Technically Called: Mastopexy
What It Does: Raises sagging breasts 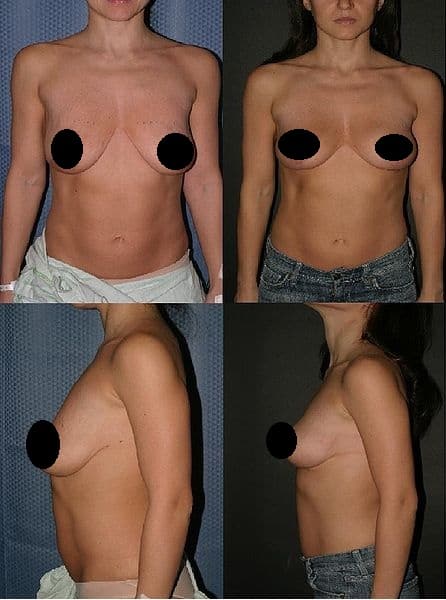 A Breast Lift, which is called a mastopexy, is a surgical procedure in which a woman’s breasts are lifted and firmed to create a more balanced, youthful appearing breast. The procedure is done on sagging breasts and it can change and modify the size, contour, and elevation of the breasts. Breast Lifts also provide women with a more proportionate bust.

While anyone unsatisfied with the appearance of their breasts can get a Breast Lift, the surgery is typically performed in addition to a breast reduction. Like breast reductions, Breast Lifts can help improve a women’s mental health and self image.

The sagging of female breasts is called Breast Ptosis and is usually caused by aging.

Average Price Range: $4,861 to $6,500
Technically Called: Brachioplasty
What It Does: Reshapes the under portion of the upper arm

Brachioplasty, or an Arm Lift, is performed on patients who want to improve the look of their upper arms. Surgeons usually perform Arm Lifts on patients who have lost a lot of weight and developed loose arm skin. “Batwings” or loose arm skin is also common on older people, especially women.

Arm Lifts remove sagging, excess skin on the under portion of the upper arms. The procedure also tightens and smooths the tissue in the area and removes excess fat. Arm Lift procedures include: Limited-incision brachioplasty, Standard brachioplasty, and extended brachioplasty.

Arm Lifts typically result in a noticeable scar, so a little bit of sagging underarm skin may not be worth it.

Average Price Range: $2,000 to $10,000
Technically Called: Thighplasty
What It Does: Tightens and improves the appearance of thighs 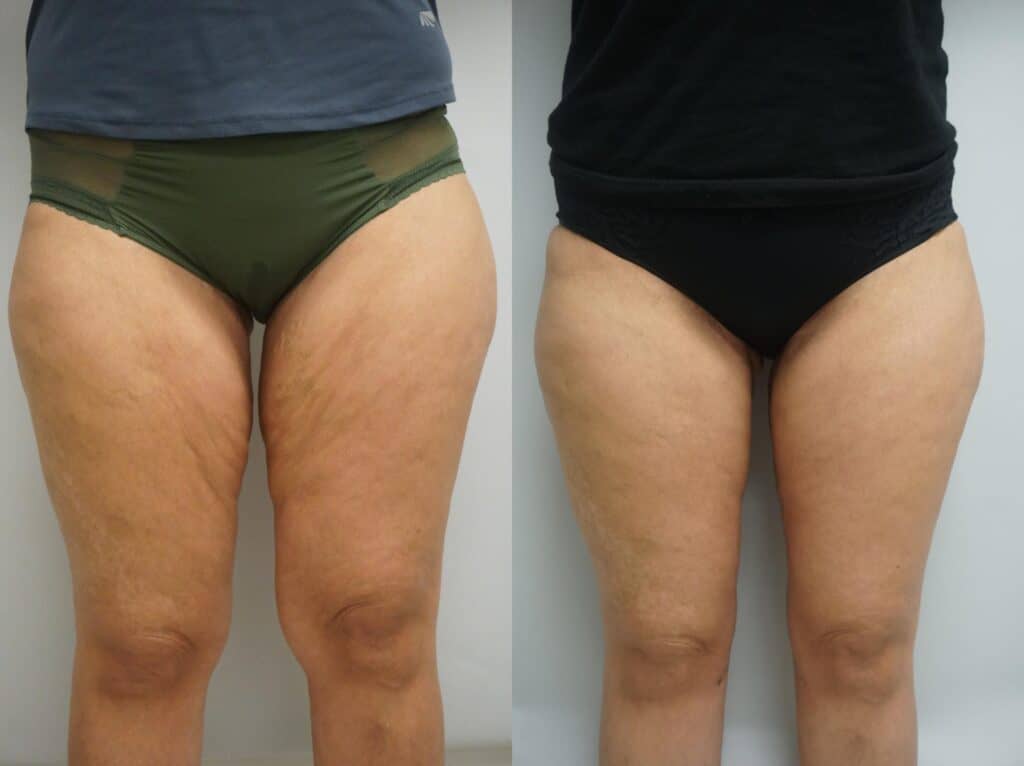 Like other types of body lifts, a Thigh Lift removes excess skin and fat and improve the appearance of thighs. Typically Thigh Lifts are performed on patients who have lost significant weight and have developed loose skin around their thighs as a result. Thigh Lifts can be performed on the inner and/or outer thighs.

There are few different types of thigh lifts, including Medial (inner) Thigh Lift, Bilateral (outer) Thigh Lift, Mini Thigh Lift, and Vertical Thigh Lift. If the patient has poor skin elasticity, a surgeon may perform liposuction in addition to the thigh lift to remove excess fat and prevent sagging.

Average Price Range: $1,500 to $10,500
Technically Called: Browplasty
What It Does: Reduces wrinkles and improves frown lines 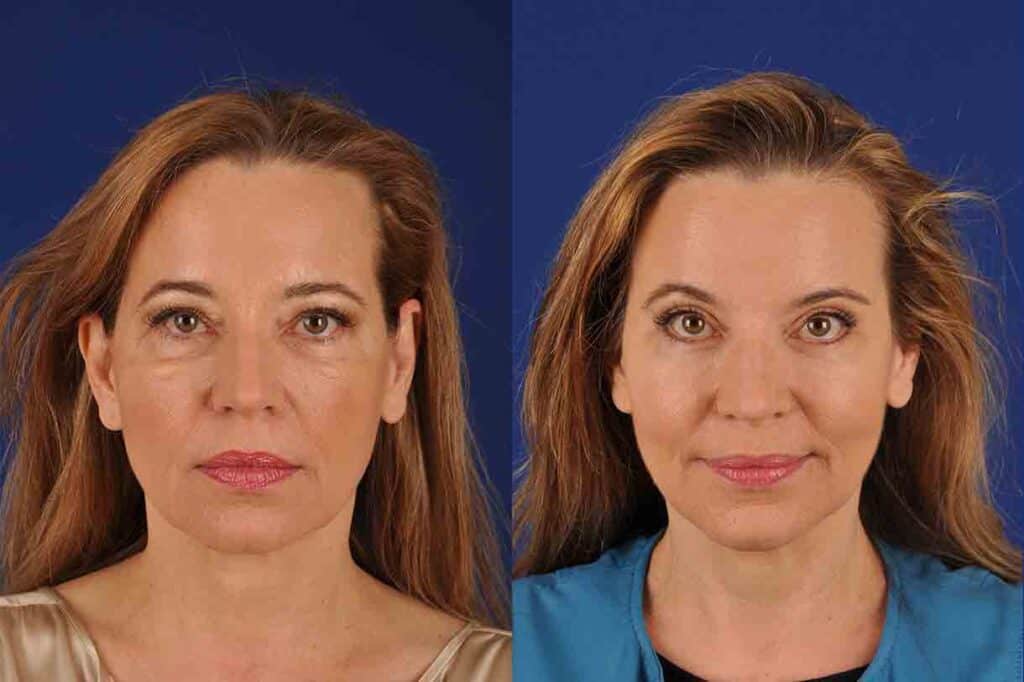 Brow Lift of forehead lift is a plastic surgery procedure that makes a patient look younger. As its name suggests, a Brow Lift reduces forehead wrinkles and frown lines and provides the patient with a youthful lifted look. Often people get Brow Lifts when they get a facelift or rhinoplasty.

There are two main Brow Lift methods, Classic Lift and Endoscopic Lift. Both of these methods are invasive and involve cutting into the hairline and lifting the forehead. With the rise of Botox, many patients now get non-invasive Brow Lifts, but they do not last as long and new Botox injections are needed every few months.

The first documented medical discussion about a Brow Lift was written in 1910 by the famous German surgeon Erich Lexer.

Average Price Range: $5,475 to $12,271
Technically Called: Reduction Mammoplasty
What It Does: Reduces breast tissue and skin of large breasts 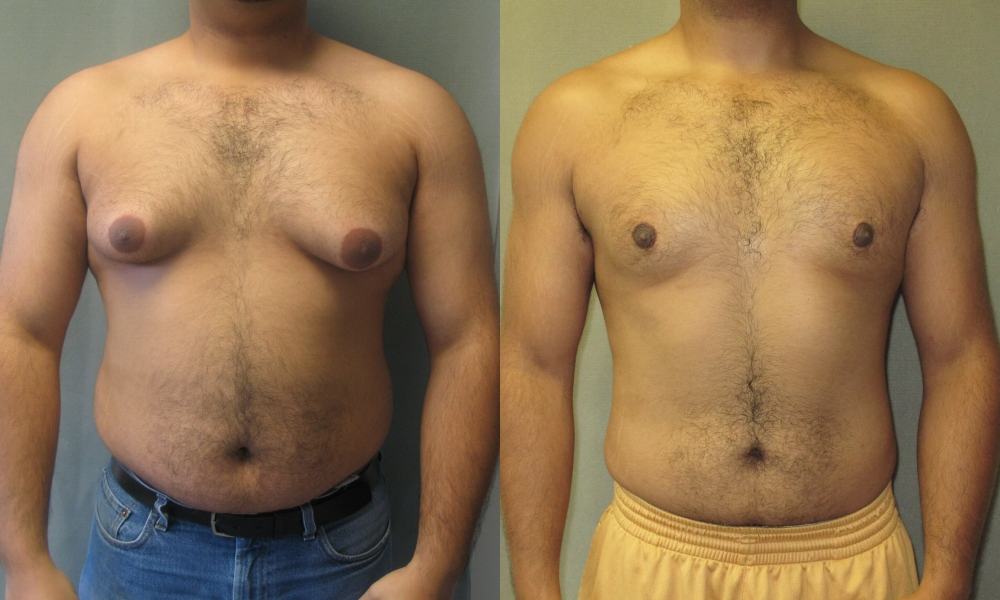 There are a few methods for performing Breast Reductions and not all of them are invasive. Some Breast Reductions might only need liposuction. Other methods include removing extra tissue and fat, then reshaping and lifting the breasts.

Studies report that women who have Breast Reductions experience a boost in their mental health and self-esteem.

Average Price Range: $2,500 to $15,000
Technically Called: Rhinoplasty
What It Does: Alters and/or reconstructs the nose 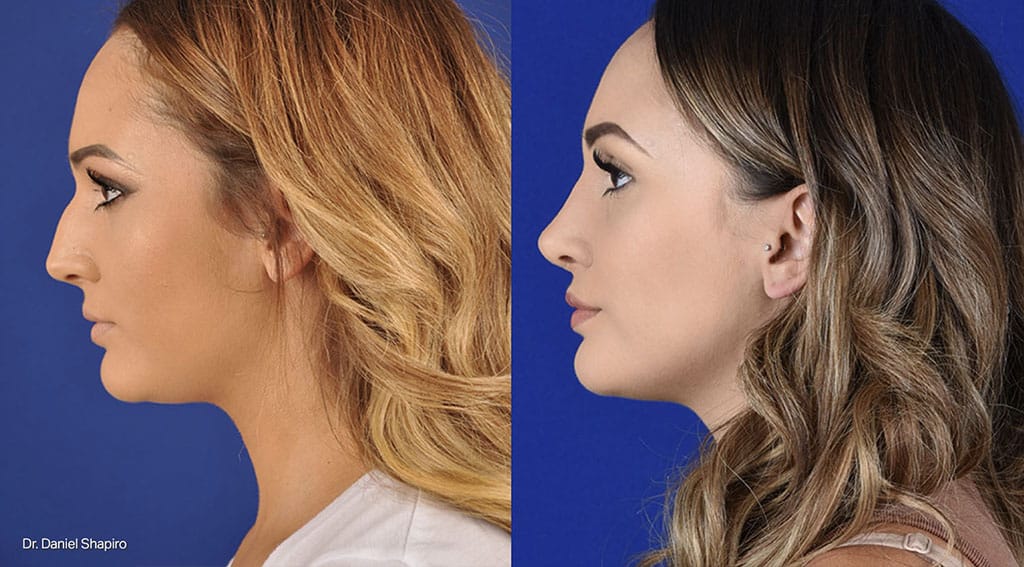 Rhinoplasty, commonly called a “Nose Job,” is one of the most popular plastic surgeries in the world. Depending on what needs to be done and the method used, a Nose Job can cost as little as a few thousand dollars or as high as $15,000. Unlike some of the other plastic surgeries on this list, Nose Jobs are either performed for purely cosmetic reasons or as a reconstructive procedure following an accident or some sort of defect in the nose.

The earliest evidence for Rhinoplasties is found in texts from Ancient Egypt dating to 3000 to 25000 BCE.

Average Price Range: $4,000 to $15,000
Technically Called: Platysmaplasty
What It Does: Removes excess skin and fat from neck 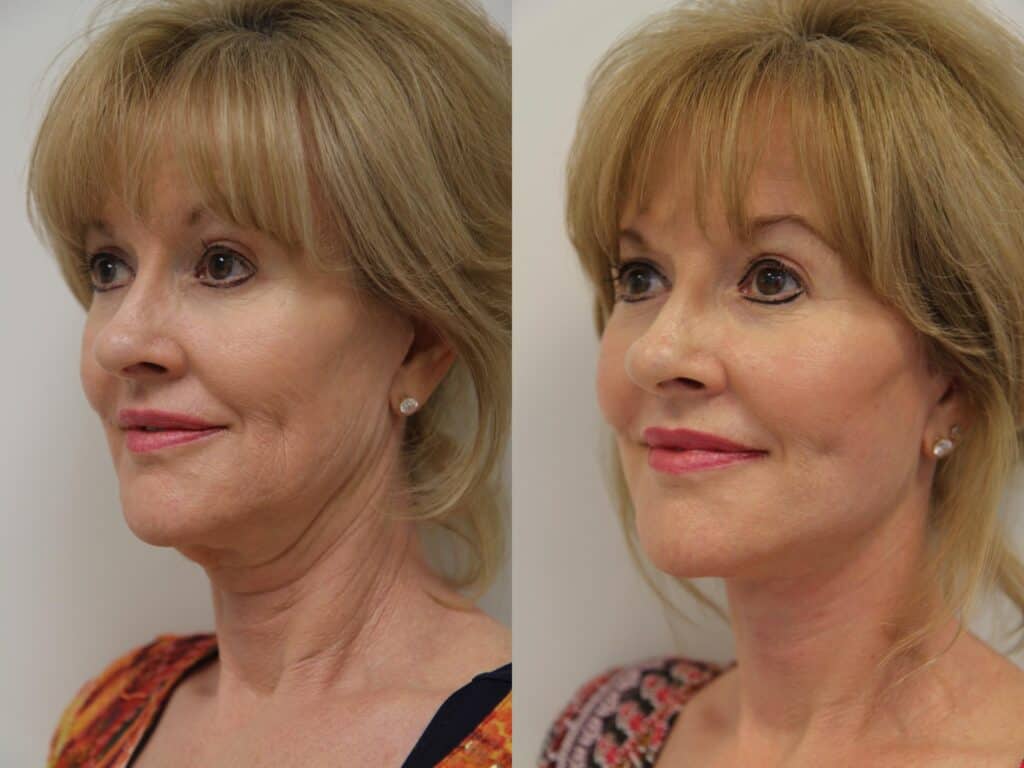 A Neck Lift or Platysmaplasty is typically done in conjunction with a facelift. The surgery removes excess fat and skin from around the jawline and improves the appearance of the neck. Like a Facelift, a neck lift gives the patient a more youthful look. Neck Lift procedures can include: removing excess skin, removing or altering neck muscles, liposuction on excess fat, Botox injections to address problems with fullness, and/or Kybella injections to dissolve excess fat under the chin.

One of the most common reasons people get a Neck Lift is to get rid of what is called a “Turkey Wattle,” which is caused by weakened neck muscles due to aging.

Average Price Range: $6,000 to $15,000
Technically Called: Abdominoplasty
What It Does: Removes excess fat and skin to create a firmer abdominal profile 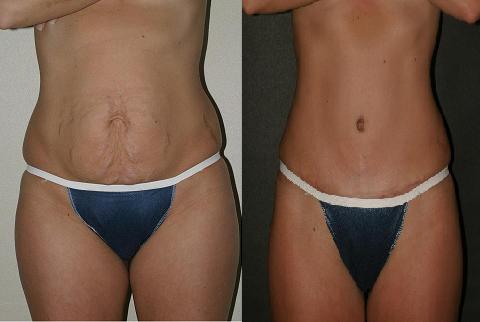 Abdominoplasty, aka the Tummy Tuck, is another popular, yet expensive plastic surgery procedure. Tummy Tucks are typically performed on patients after significant weight loss, pregnancy, or other abdominal surgeries like a c-section. A Tummy Tuck can remove loose, excess skin and fat and also tighten the muscle of the abdominal wall.

A Tummy Tuck is a fairly quick procedure and typically takes about two to three hours.

Average Price Range: $6,715 to $15,415
Technically Called: Rhytidectomy
What It Does: Improves visible signs of aging 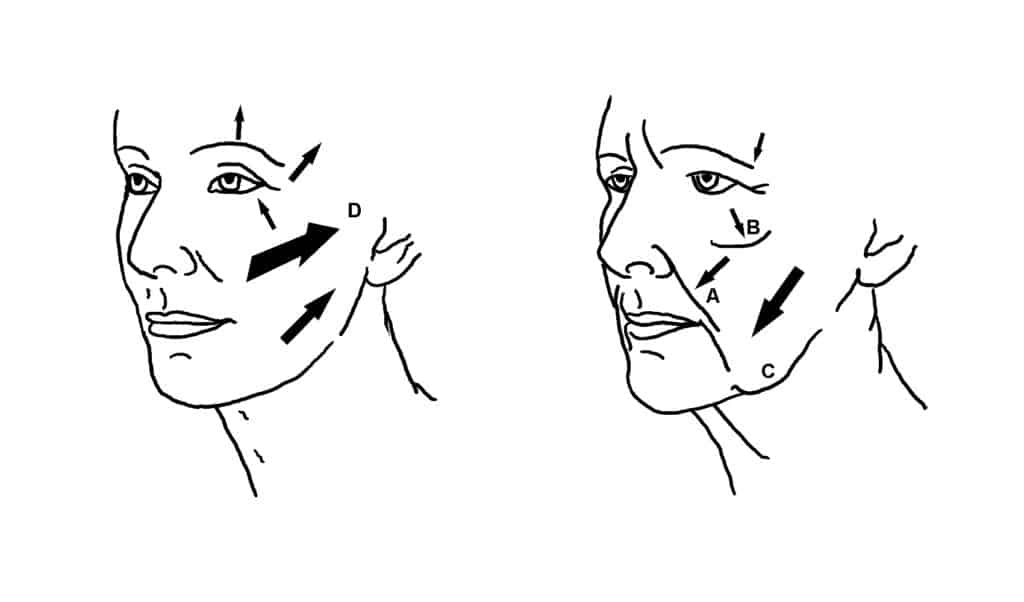 While Facelifts are some of the most common plastic surgery procedures, they’re actually quite expensive. Depending on what kind of work needs to be done, Facelifts can cost anywhere between $6,715 – $15,415. As the procedure’s name suggests, a Facelift literally means a person’s facial skin is being lifted, with the excess skin removed, to give the patient a more youthful appearance. Facelifts reduce the sagging skin on the cheeks and jawline, the deepening of the fold of skin from the side of the nose to the corner of the mouth, and the sagging skin and excess fat on the neck.

Although Facelifts do make people look younger, they are not a treatment for wrinkles, sun damage, or other signs of aging. 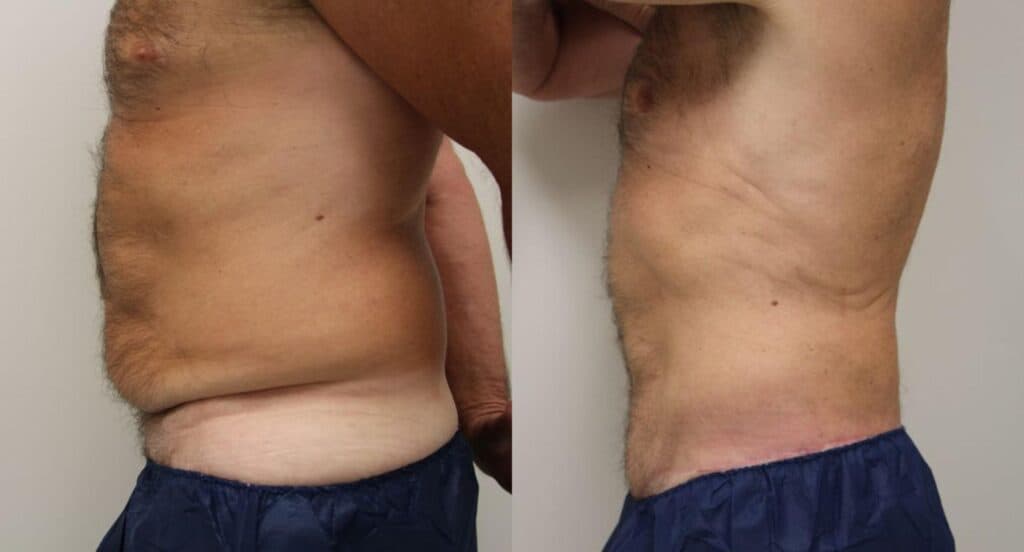 A Body Lift is the most expensive plastic surgery ever with a price range between $7,000 – $30,000. Over the past few years, Body Lifts have become more popular as demand for bariatric weight loss surgery and other forms of extreme weight loss has risen. Typically after extreme weight loss, people are left with loose/excess skin and fat, which can cause pain and discomfort. This excess skin can also hide the hard work that someone has put in to lose so much weight.

Generally, there are three different types of Body Lifts: Lower Body Lift, Upper Body Lift, and Total Body Lift. The Body Lift procedure firms and tightens the skin of target areas like the buttocks, thighs, hips, and upper back. Because it is such an invasive and precise surgery, Body Lifts are on the high end of plastic surgery costs.

The results of a Body Lift are visible almost immediately, but it takes about one to two years for the surgery to fully settle.