Little Alchemy is a popular mobile game that uses item combinations to create new elements. The goal is to solve the puzzle of each recipe, starting with simple fire and earth and eventually creating spaceships and unicorns.

The One Ring is named for the ring in The Lord of the Rings and begins in Little Alchemy’s Hidden gems as the 8th element in the entire game – Volcano.

Of course, the reason this element is rare is that you have to get the Ring in there. The Ring element requires getting from Stone to Metal, to Coal, using the Pressure Element to create Diamond, and combining it with more Metal to get Ring. All in all, The One Ring requires 11 combinations, making it one of the more straightforward recipes of all the Hidden Gems.

The One Ring was not the only ring, but the most powerful. It was forged by Sauron in the volcano of Mount Doom, hence the recipe, and is also known as the Ring of Power and Isildur’s Bane. In Little Alchemy, you can’t create Sauron, unfortunately, but you can forge his treasure. 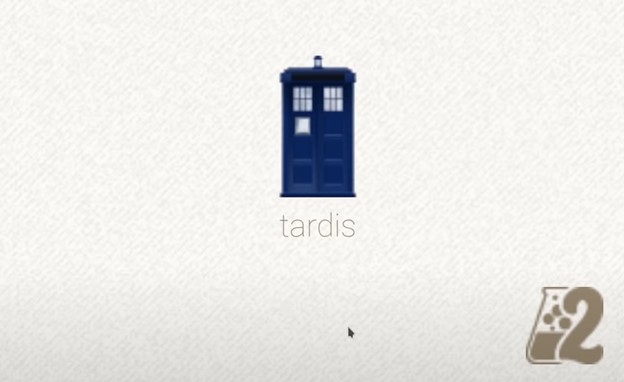 Unlike the other Hidden Gems, the TARDIS element is not a Final Element, meaning we can combine it one more time for something even rarer (see below). The TARDIS, from the popular British TV show Dr. Who, stands for Time And Relative Dimension In Space. It looks like a phone box on the outside but inside it’s a wonderland of technology and power.

In Little Alchemy, the TARDIS is a 13-step recipe that begins with Earth + Fire to make Lava and goes through the universal elements to make Moon, Time, Star, Space, and finally Time + Space = TARDIS.

The original TARDIS on Dr. Who was not designed to be clever. It was designed because the show didn’t have enough money to make something flashier! 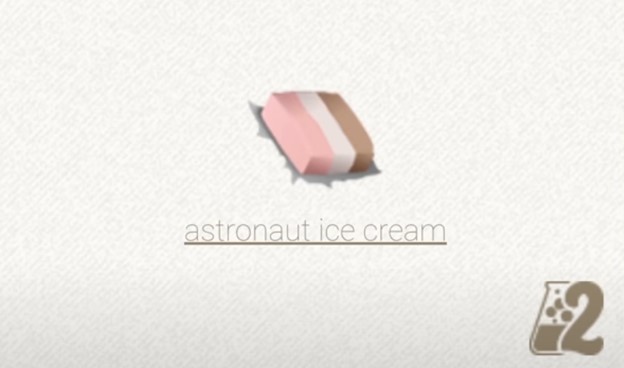 Then, you have to make ice cream, which is a lot easier. You can mix either Milk and Ice or Milk and Cold to make it. Just combine your two labors and you’ll have Astronaut Ice Cream.

It takes 22 permutations to get to Astronaut Ice Cream from the start of the game. The first step is combining Earth and Fire to make Lava, ironically. Eventually, you’ll start adding in Rain, Energy, Moon, Life, Grass, Sky, Cloud, and Human to end up at Astronaut Ice Cream.

Astronaut Ice Cream is a real thing, you know. It’s freeze-dried milk, cream, sugar, and flavor additives, sealed into a pouch. Since it’s vacuum-packed and dehydrated, Astronaut Ice Cream doesn’t require any refrigeration so it can be eaten in space! 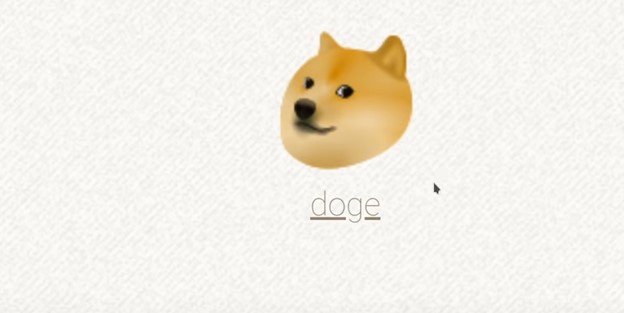 Doge is the Shiba Inu meme that people have been enjoying long before it became the cryptocurrency that took a pandemic-stricken world by storm in the first half of 2021. It may seem like the result of desperate times, that a tech mogul like Elon Musk could turn a joke currency into a stock that rivaled Ford Motor’s, at least in the short term, but it happened! A few people got pretty rich from it.

Whether or not you took a gamble that paid off with Doge in real life, its icon is one of the Hidden Gem elements in Little Alchemy. For now, it’s a final element that can be made using two recipes, either combining Dog and Internet or Dog and Computer. You have to go through 22 permutations to get there, starting with Air + Water = Rain.

The Doge meme’s origin is back in 2010 when a Japanese kindergarten teacher named Atsuko Sako posted her Shiba Inu online and got every hooked. Since then, the dog, named Kabosu, has been on YouTube, NASCAR hoods, in Weird Al videos, and even in Little Alchemy. 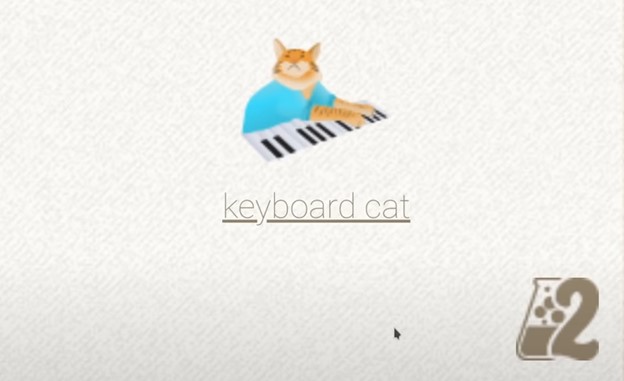 Keyboard Cat is another internet sensation turned into a key item in Little Alchemy. This Hidden Gem, one of the rarest elements in the game, is based on the video meme often considered the first of its kind. We’re all familiar with Keyboard Cat.

In Little Alchemy, all you have to do is add Music to a Cat and you get the famous little internet star. First, you need the Cat element, which you can create by combining Milk and Wild Animal. You can get Music one of two ways, either Sound + Human or Flute + Human.

The original Keyboard Cat video was released on the internet in June 2007, practically launching the meme revolution of the modern era. However, the video was actually made in 1984, filmed by Charlie Schmidt and featuring his cat, Fatso. He manipulated Fatso into his little performance, probably not knowing at the time that he would become one of the world’s most instantly recognizable felines. 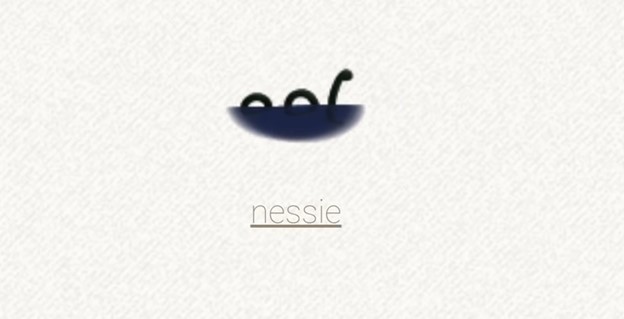 Nessie, named for the infamous monster in the Scottish loch, is a recipe that requires 22 combinations to pull off in Little Alchemy. You have to get to the point where you can combine Lake and Story, so you have to start with Earth and Water to make Mud.

Eventually, you’ll get to Pond, Swamp, Lake, Life, and that’s when you need to get some Human in the mix by throwing in some extra Earth. At that point, you can get Wood and Campfire, and then combine Campfire with Human to make Story. Then you can put Lake and Story together and get everyone’s favorite real, yet not real, Scottish dinosaur.

Scottish folklore has been obsessed with the Loch Ness Monster since her “picture” was taken in 1934. The long-necked dinosaur, believed (or hoped) to be a surviving Plesiosaur species or descendent, is probably one of the best examples of cultural wishful thinking in the history of hoaxes. More likely it was a fuzzy photo of an eel or otter. 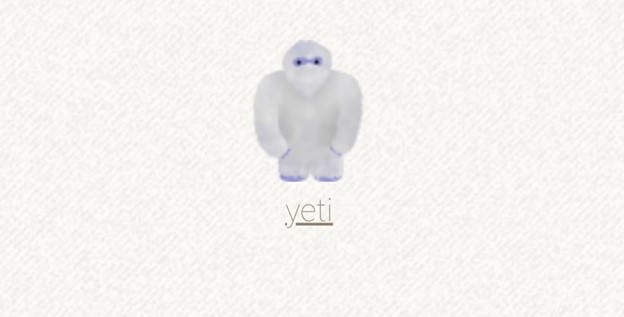 Yeti can be made using one of two formulas, either combining the Mountain Element and Story or Story and Mountain Range. Either way, you’re looking at about 21 combinations to get to the infamous Yeti, starting with Earth and Fire to make Lava.

After that, you need to get to Plant and Sand to make Mountain, Swamp, and Life. Throw in some Earth to get Human because you have to get Story at the end, which requires Campfire and Human. After that, use your Mountain to turn Story into Yeti.

The Yeti is an ancient figure in Himalayan mythology, known locally as Meh-Teh. In the West, the Yeti or Abominable Snowman has been the stuff of explorer’s hoaxes and legends for decade. Most believe that rather than a Yeti, tired explorers mistakenly identified a bear or yak, obscured by brush, as the folkloric monster.

The rarest item in Little Alchemy is The Doctor. Uniquely, it’s so rare that it requires another Hidden Gem element just to make – the TARDIS we mentioned earlier. The Doctor requires 27 combinations to make, starting with Earth and Fire and eventually getting to Life, Moon, Human, and Time.

Once you get Time, you can start working on the Doctor using Hospital, throwing in some Space, creating the TARDIS element, and finally, The Doctor himself.

Dr. Who, whose little icon appears in Little Alchemy as the rarest element you can make, has a total of 26 seasons, making it one of the longest episodic shows ever made. But even if you know that, you may not know that a total of 97 episodes are missing due to the broadcasters clearing their archives without making copies.

Little Alchemy is an addicting game that asks you to combine elements and create basically anything you can think of. These 8 Hidden Gems represent the rarest and most complex items you can forge. From Earth, Sky, Swamp, Fire, and Glass, the cosmic constants, comes Keyboard Cat. Sounds about right.