Founded in the early 1970s as an athletics brand, Nike has become so much more than running shoes. Today, the brand innovates style, offering so-called “sneakerheads” collaboration after collaboration for new silhouettes, prints and designs. Below are some of the rarest and most coveted Nikes ever made. For a few thousand dollars, they could be yours! 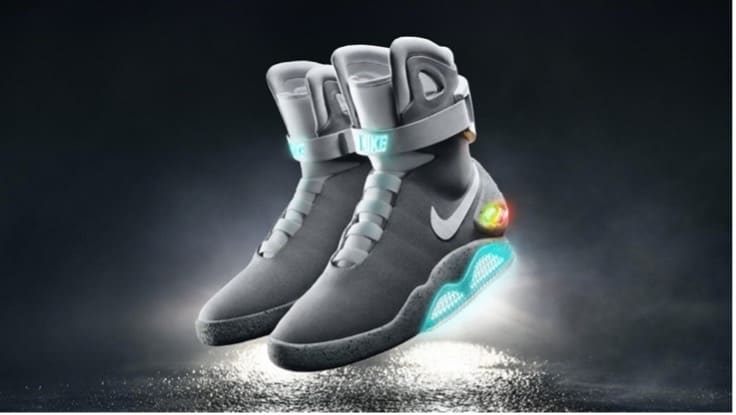 Originally worn by Michael J. Fox as Marty McFly, the Nike Mag made its way “back to the future” in 2011, 2015 and 2016 to support the Michael J. Fox Foundation and the cure for Parkinson’s. The original run included a mere 1,500 pairs of shoes and decreased to 89 in both 2015 and 2016, totaling to 1,678 pairs. While the overall look of the Mag has remained consistent across its three releases, paying homage to the film, Nike did innovate the design in terms of wearability. In “Back to the Future II,” Marty’s shoes lace up for him and, in 2015, Nike created “power laces,” which use motion sensor technology to automatically tie the Mag’s laces.

Michael J. Fox was diagnosed with Parkinson’s in 1991 at only 29 years old. He started his foundation nine years later to help others with the disease. 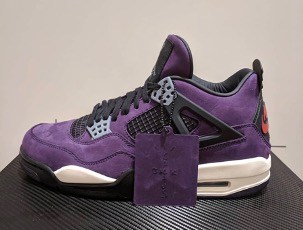 While grey and black versions of this Nike and Travis Scott collaboration were highly popular and sold to the public, the purple edition was an exclusive only gifted to Scott’s friends and family. With only about 1,000 pairs produced, these shoes are some of the rarest Nike’s ever made. They feature purple suede as well as black and light grey detailing. A hangtag includes the collaboration’s logo.

Nike used to be named Blue Ribbon Sports, but rebranded after 1971. 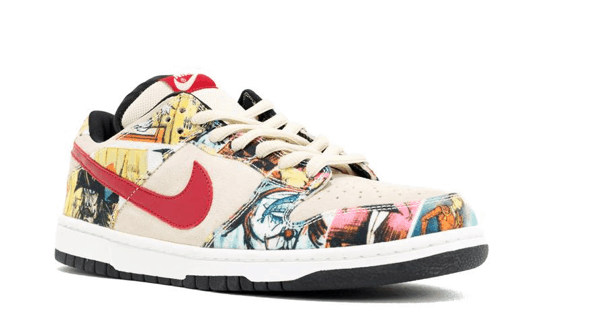 The special edition Dunk SBs were promotional sneakers for Nike’s 2003 White Dunk Exhibition, which displayed various visual artworks. This particular pair uses prints from French painter Bernard Buffet as an homage to the city of Paris. While only 202 pairs of this style exist, its unique nature doesn’t stop there. Each shoe features a slightly different print, meaning no two are alike.

With under 300 pairs produced, this unique shoe earns its title as one of the rarest Nikes ever. It was the result of a collaboration between Dutch artist Parra, who is known for his colorful, vibrant prints, and Amsterdam-based boutique Patta, which sells street-inspired fashion and art. The Patta x Parra Cherrywood features some of Parra’s favorite colors to use in his visual art on suede fabric with a Sherpa swoosh.

Parra has his own clothing line that also features several bright, fun colors. 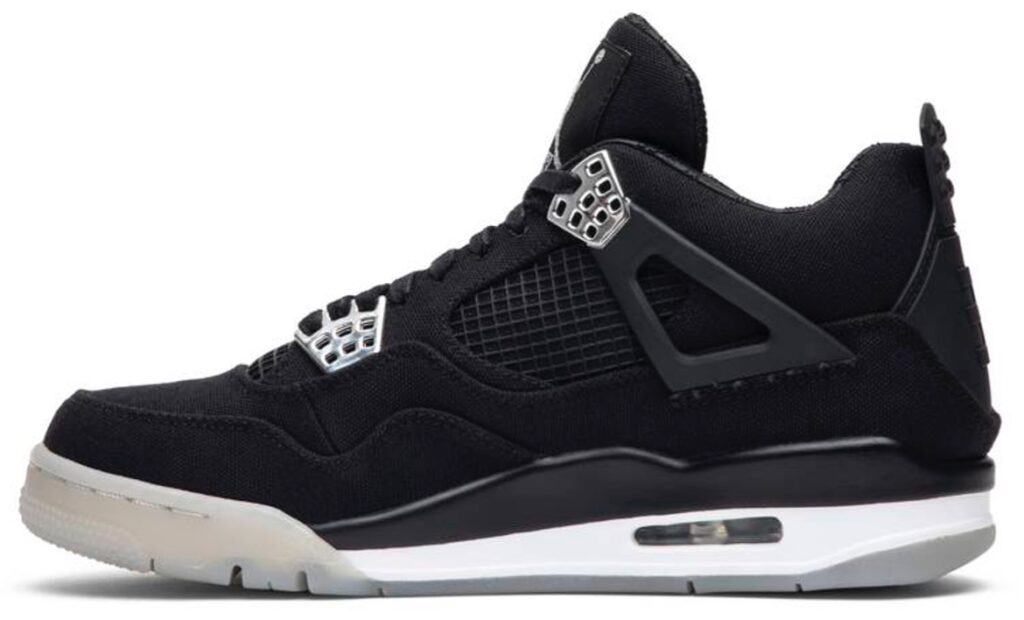 Famous rapper Eminem and workwear apparel brand Carhartt created this limited edition Air Jordan for the musician’s friends and family, while an additional ten were sold via Ebay auction. The shoes are all black with chrome and plastic detailing, giving the sneaker a unique futuristic look that contrasts with the white sole.  Eminem’s backwards “E” logo and a Jason Vorhees mask feature on the shoes’ backs. 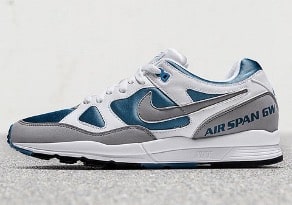 In honor of the late Gary Warnett,  a footwear and sportswear industry editor and writer who passed from pneumonia complications, Nike produced the special edition Air Span “GW.” With 40 pairs released on what would have been Warnett’s 40th birthday, these “Friends and Family” shoes feature a sleek, icy colorway with “Air Span GW” written on the back in a metallic blue print. The shoe’s style is also a nod to Warnett, as it was his father’s favorite Nike silhouette.

Gary Warnett was beloved in the streetwear community and considered a great mind in the world of fashion innovation. He regularly contributed to Hype Beast, on the of industry’s top publications. 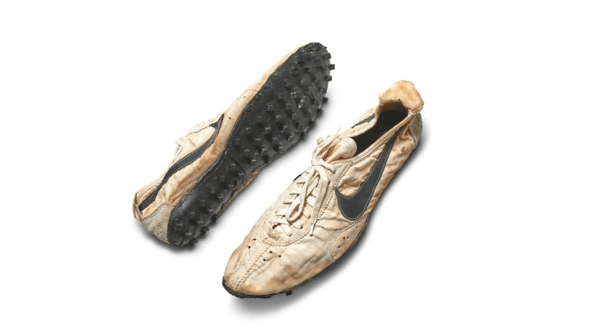 One of the first Nikes ever produced, the waffle racing flat features a waffle print sole that co-founder Bill Bowerman developed by putting rubber in his waffle iron. While its origins are whacky, the waffle racing flat made sneaker history, offering more traction and grip to athletes. Innovations such as this one put Nike on the map and allowed it to grow into the business leader it is today. However, because the brand was so new and the shoes meant exclusively for those participating the Olympic trials, only 12 pairs exist. Sotheby’s auctioned off the only known deadstock pair in 2019 for over $400,000.

The waffle racing flat was nicknamed the “moon shoe” because the tracks in left in the dust reminded people of those left on the moon in 1969. 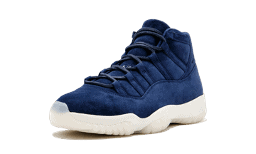 With only five pairs in existence, this super limited edition shoe commemorates baseball legend Derek Jeter’s retirement. The blue suede features “2” on the back, a reference to Jeter’s team number, as well as a unique clear and white sole. All five shoes were auctioned via scratch-off lottery at Yankee stadium on the day of Jeter’s retirement celebration.

Derek Jeter started playing little league baseball at five years old and was drafted to the Yankees in 1992 at age 18. 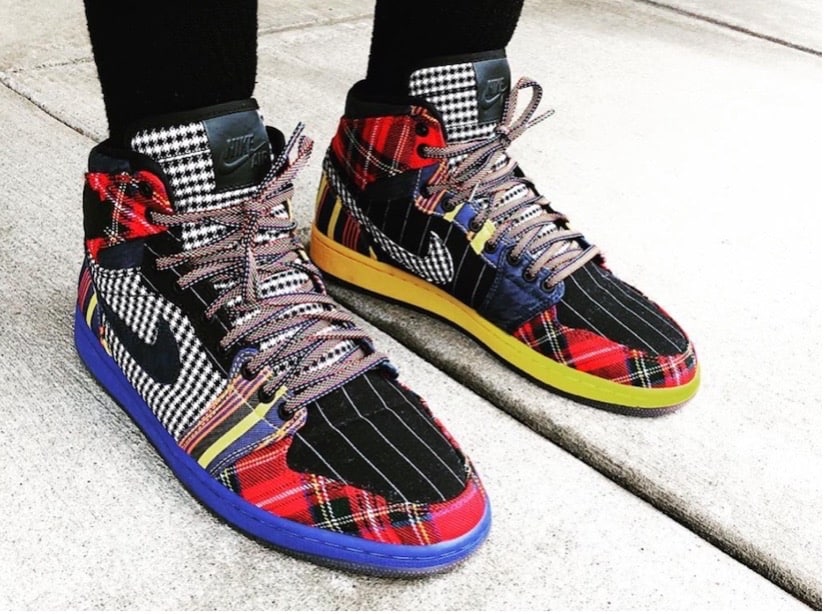 Made as a tribute to the late Craig Sager, the beloved sports reporter with a fun personality and a penchant for zany suits, only two pairs of these Nikes exist, one of which was gifted to music producer DJ Khaled. The shoes feature multiple prints, including plaid, houndstooth and pinstripe in several colors. One sole reads “Sager” and the other “Vision” as a further nod to the television personality.

Craig Sager was an NBA icon who got his big break as a sports reporter at CNN in 1981 and stayed with the network and its sister stations until he died in 2016. 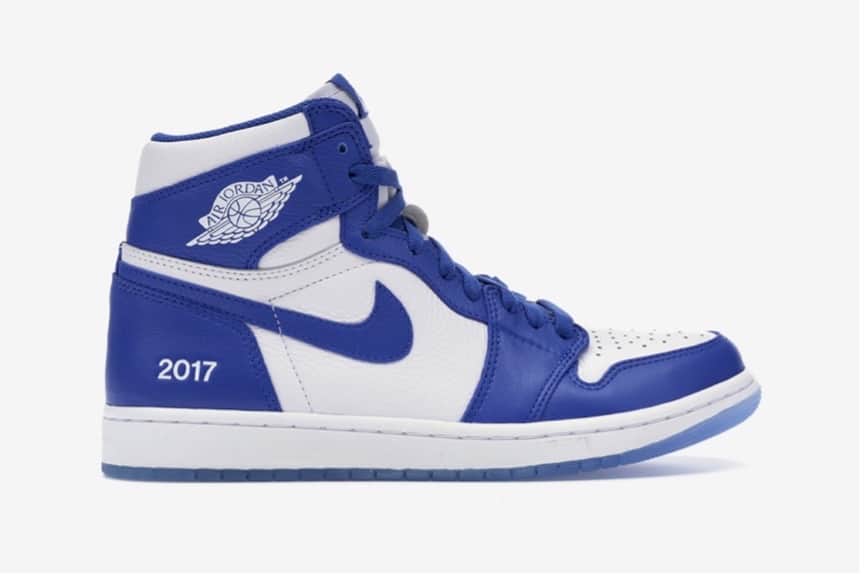 These “Au Revoir” Air Jordan 1s are a one-of-a-kind design gifted to the legendary French streetwear boutique, Colette. They are the rarest Nikes ever made and feature the store’s blue and white color scheme on the classic  Air Jordan 1 silhouette with the years “1997” and “2017’ written on the sides, noting Colette’s years in business. The back of the shoe features the store’s two dot logo in white, while the soles read  “Au Revoir.”