From manga to comic books to multiple television series and a live-action film franchise, Transformers have infiltrated almost every aspect of media and gained more than a few loyal fans. With so many characters and marketing opportunities, it’s no wonder there are several ultra-rare and highly collectible Transformers toys available. Whether you’re a decepticon or an autoboot, everyone can agree that these action figures are thousands of dollars in disguise. 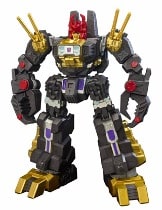 Lord Zarak is the corrupt leader of the Hive, a council of tyrannical overlords in Transformers lore. This 22-inch action figure highlights his intimidating characteristics, and can be articulated into various poses. He has a matte black body that contrasts with the shiny gold and red detailing on his helmet, face, arms and legs. The action figure is sold as a collector’s item.

The protagonists in Transformers are called the Autobots, who are sworn to protect Earth from the Decepticons, who want to use Earth’s resources to power their home planet of Cybertron and rule the universe. 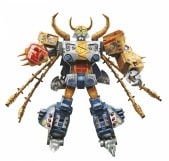 Unicron is a powerful being whose goal is to consume the multiverse. Throughout the Transformers series, Unicron works with various minions who he makes false promises to in exchange for loyalty. This limited action figure comes from the Platinum Edition series, which produces various rare and collectible Transformers items. In particular, Unicron with Kranix commemorates the thirtieth anniversary of “Transformers: The Movie.”

In the live action film, many of the Transformers get vehicle makeovers. Optimus Prime turns into a 2014 Western Star 5700 and Bumblebee becomes a 2016 Chevy Camaro. 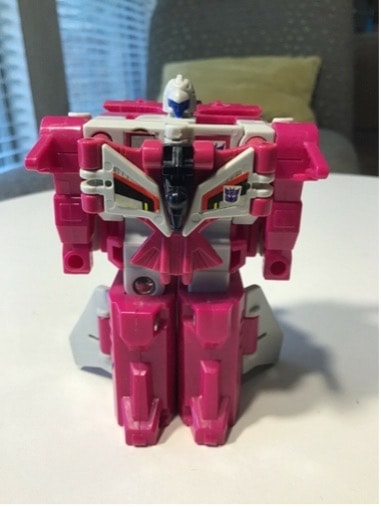 This Guyhawk action figure was a Japan exclusive, making it quite rare. It’s made of hard plastic with magenta and silver paint. Guyhawk is a founding member of Breastforce, a group of some of the worst Decepticons imaginable. He can turn into a fighter jet and use lasers to defeat the Autobots, his sworn enemies or he has a robot hawk sidekick named “Hawkbeast” who becomes his canon blaster when he’s in robot form. Additionally, Guyhawk can join with other Transformers to become a giant Decepticon called Liokaiser.

Because there are so many films, tv shows and comics, Megatron, the main Transformers antagonist, has canonically died at least six times. 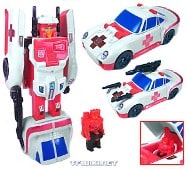 Unlike well-known transformers, such as Bumblebee, Optimus Prime or Megatron, Minerva isn’t a living robotic entity. Instead her character is a human girl who bonds to a Transtector, which is a reinforced body designed by the Transformers that can be controlled by other people. Minerva’s Transtector can fight as a robot or transform into an emergency vehicle to help others. Minerva’s action figure goes from robot mode to vehicle mode to attack mode. It’s rare because it was only sold in Japan.

The first Transformers cartoon premiered in 1984 and ran until 1987. 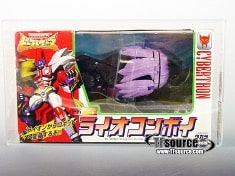 Part of the Beast Wars line, the C-16 Galva Convoy was redesigned for a Lucky Draw promotion, guaranteeing its ultra-rare status. In this case, only 50 of these toys were ever produced as redecorated versions of a Japanese exclusive Galva Convoy action figure. Fans often see this item as a combination of two Transformers characters—Convoy and Galvatron—because it features Convoy’s black color scheme and Galvatron’s character design.

Convoy is a rank within the Transformers series that Optimus Prime holds and Galvatron is the updated version of Megatron. 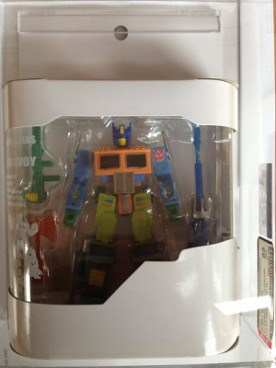 As part of the Lucky Draw line, this figure was already bound to be rare since Transformers toys from this series are reserved for limited prize campaigns and other mail-in promotions. This particular toy was linked to a Crayola Crayon competition hosted by TV Guide in 2004, where the toy’s color scheme was selected from a child’s winning coloring book submission. The result was a fun combination of several colors with only 10 models ever produced.

Since Transformers are sentient beings, they are able to have relationships. Two Transformers in a romantic couple are known as “sparkmates.” 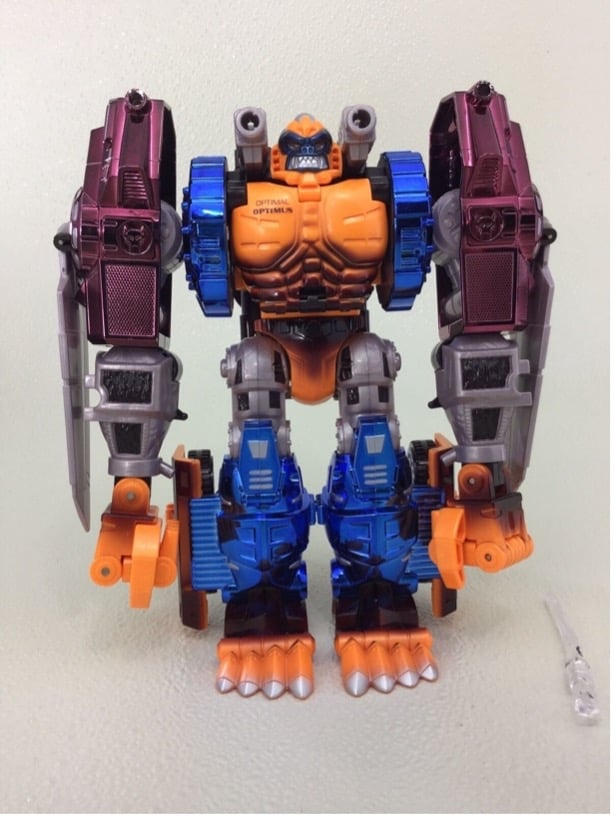 This is a prototype from the Beast Wars toy series, originally found in a former Hasbro employee’s collection, making it quite rare today. It features several colors in metallic finishes and differs from the final product in a few ways. For example, its box includes  both white and black cover art to test which looks better and its battery pack doesn’t have the required safety markings for marketed products.

In the original Transformers cartoon, the Transformers were created as servants for beings on on Cybertron, but rebelled and took over the planet. 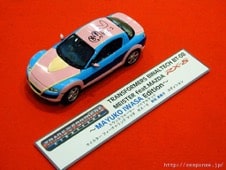 This candy colored toy is a one-of-a-kind collectible, making it one of the top three rarest Transformers toys around. The vehicle was designed and signed by Japanese idol, actress and model Mayuko Iwasa and auctioned off to benefit the Asian Children Orphaned by Traffic Accidents Support Association (ACTAS). To date, no one has seen the vehicle in robot mode.

At only 34 years old, Mayuko Iwasa has had an impressive career in music, acting and modeling. She’s starred in numerous films and television dramas. 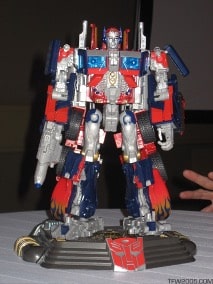 This special edition Optimus Prime was offered to the winner of the Door Prize at BotCon 2006 and released at the following BotCon. It is the mold of the movie edition Optimus Prime, but features the winner’s face in place of the robot’s. As a result, it is a truly unique addition to the Transformers family, making it one of the three rarest toys ever made for the series.

BotCon was a convention made specifically for and by Transformers fans. The first one was held in Fort Wayne, Indiana in 1994. 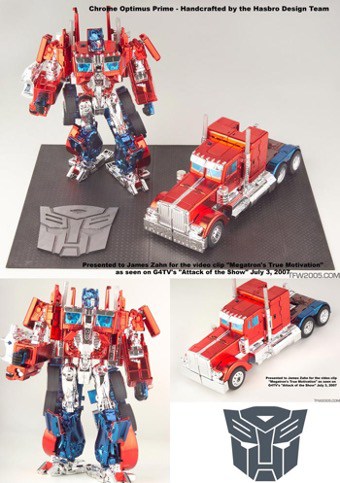 This Chrome Optimus Prime was a one-of-a-kind prize handmade by Hasbro for the “ATTACK OF THE SHOW!” contest made during the release of Michael Bay’s first live action Transformers film. James Zahn won the chrome Optimus with his comedic rendition of the cartoon series called “Megatron’s True Motivation.” The chrome Optimus Prime is highly detailed and has both robot and  vehicle forms.

James Zahn is impressive outside of his Transformers prize as well. He runs “The Rock Father” magazine, has worked for numerous publications and was even interviewed by Larry King.