A popular breed known for their strength, intelligence and loyalty, German Shepherds are beautiful dogs that work well in various situations—including law enforcement roles, dog shows and in the home as beloved family pets. While many people are familiar with the standard German shepherd’s tan and black coat, few realize that German Shepherds come in a wide range of mesmerizing colors. It might be difficult to spot these unique dogs on the street or even in competitions due to various regulations, but this list has that covered. Read below to discover some of the rarest German Shepherd colors around. 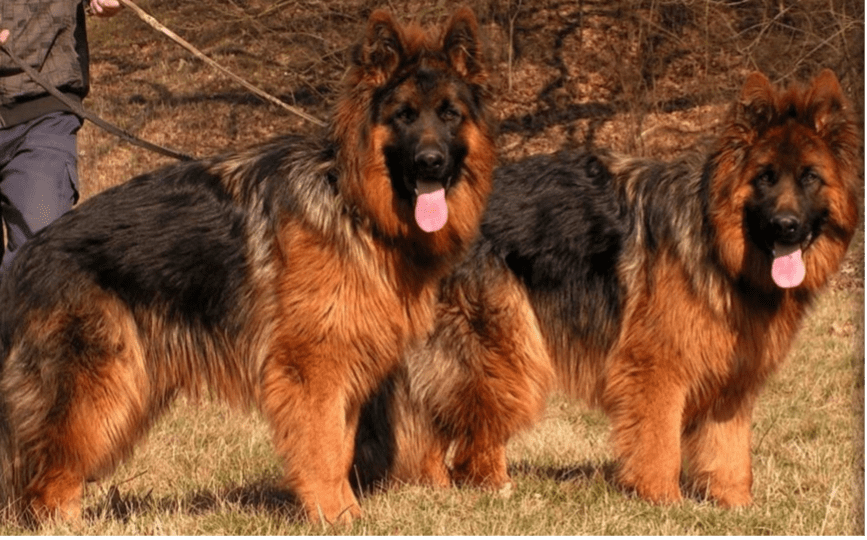 Red is the result of a recessive gene, but it’s pretty common, especially in a sable pattern that replaces the German Shepherd’s tan color with a red hue paired with black. In general, geneticists note that red is one of the least recessive of the recessive genes, so to speak. Additionally, red dogs with a liver gene tend to fade over time so breeders might choose to keep fawn coated dogs away from red ones to preserve the color.

The police use German Shepherds because they are known for their loyalty, intelligence and persistence. They were first bred for the military and police forces in the 1900s. 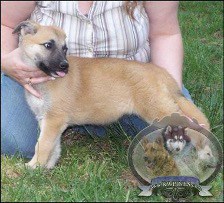 Fawn-colored German Shepherds are fairly rare, but have been around for a long time. In many cases, they show up in litters when white German Shepherds breed with another color, suggesting a subsequent genetic mutation. Fawn falls under the sable color category, which encompasses various reds, but is significantly lighter—mimicking the fur of a baby deer. In particular, fawn is also known as ay sable. The fawn coat can blend with others in the signature German Shepherd spotted pattern, allowing for black, liver, etc. fawn color combinations.

Over time, German Shepherds have grown taller with longer fur and wider chests. 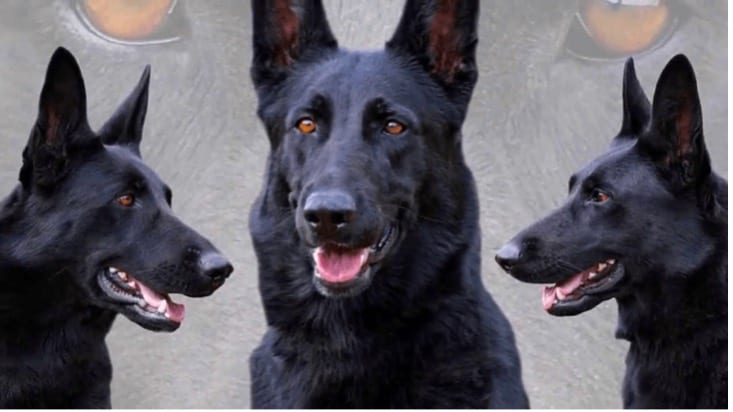 While popular among pet owners, only 6.8 percent of German Shepherds are all black. Unlike white or other light colored German Shepherds, the American Kennel Club recognizes and allows all black German Shepherds to compete in dog competitions as they are not considered “undesirable” or “faulty.” They can occur from either two black parents or one black parent combined with another color.

While black German Shepherds are essentially the same as their counterparts, they tend to have a straight back rather than the sloped kind associated with the breed that commonly leads to spinal issues.

White-coated German Shepherds are the result of a recessive gene, making them fairly uncommon. The first recorded appearance of a white German Shepherd occurred in late nineteenth Germany during a breeding program. As with any recessive characteristic, white German Shepherds can still produce puppies with colors. Since these dogs are quite similar to the stereotypical German Shepherd, they behave the same way and don’t require extra care. With that said, the American Kennel Club has banned them from competing in dog shows, marking their color as a fault.

In general, dogs with paler coats are disqualified from AKC events because they often lead to poor or unethical breeding practices. 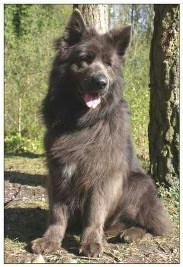 Other dog breeds, like poodles, have a greying gene that dulls their fur color over time.

Blue German Shepherds are the result of a recessive gene combination, similar to their liver-coated counterparts. The main difference between their genetics comes down to how the “blue” and “liver” genes interact with other colors. The b locus gene completely blocks the black gene, while the gene that causes blue fur only partially blocks the black gene. As a result, blue German Shepherds are significantly darker than liver ones. Notably, like a Russian Blue cat, these dogs are not literally blue, but feature a grey coat with a bluish tinge.

The American Kennel Club considers blue coats in German Shepherds to be a serious fault, meaning that they see the color as a detriment to the breed.

Color Family: Reds and browns
Parent Genes: Any but both parents must possess the recessive gene for liver. 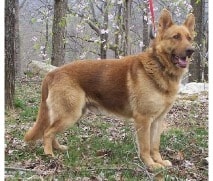 The result of a combination of the recessive gene B locus, liver-colored German shepherds are rare among the breed. The liver shade does not affect pattern, however, so a liver coat comes in a few combinations.  The most common colors found in liver German Shepherds include solid brown, liver and  tan, and liver and white. These often manifest in the same pattern found in typical tan and black German Shepherd. Additionally, while some other German Shepherd colors change over time, a liver coat stays the same throughout the dog’s life.

While German Shepherds are generally healthy, they are unfortunately predisposed to a number of issues, including Diabetes, Epilepsy and a series of musculoskeletal troubles. 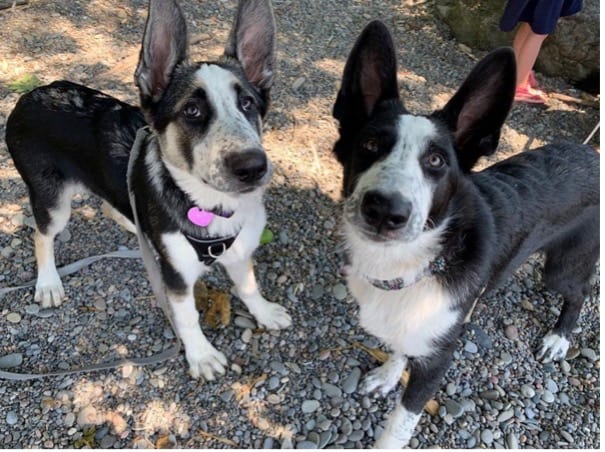 A German Shepherd with a panda pattern, otherwise known as “Piebald,” has the rarest coat color combination. As the name suggests, these German Shepherds feature coats with a black and white symmetrical pattern. In general, this type of dog is genetically similar to the average tan and black German Shepherd, the only difference being in its color combinations—originating from the KIT Gene mutation that causes white spotting.

The first known panda-patterned German Shepherd was bred in the United States in the year 2000.

10 Rarest Pets in Adopt Me! 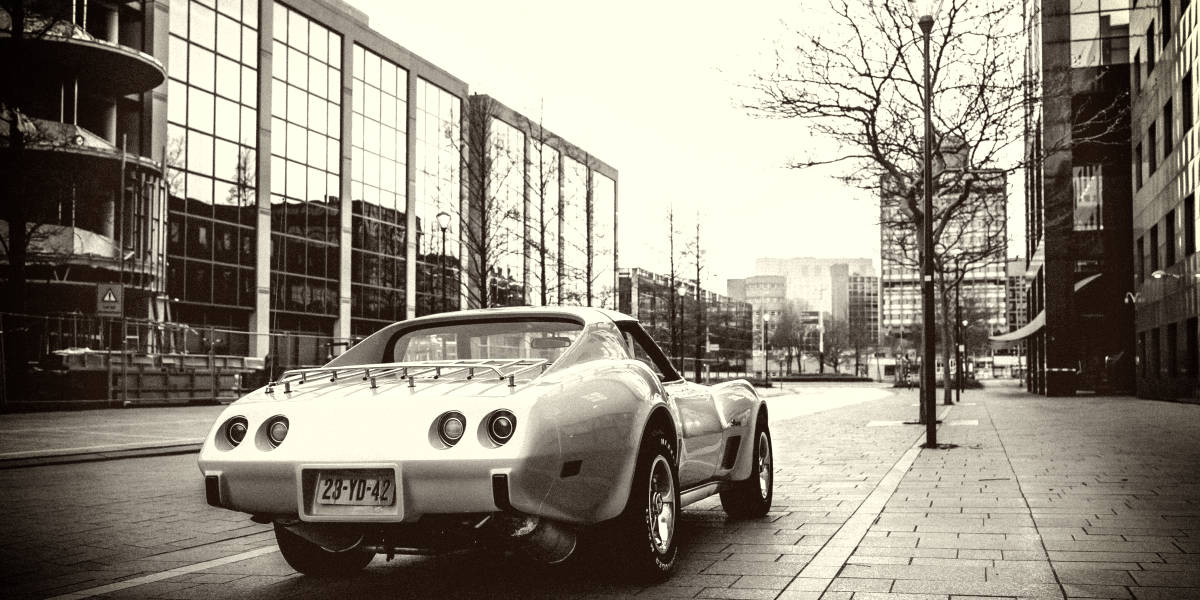 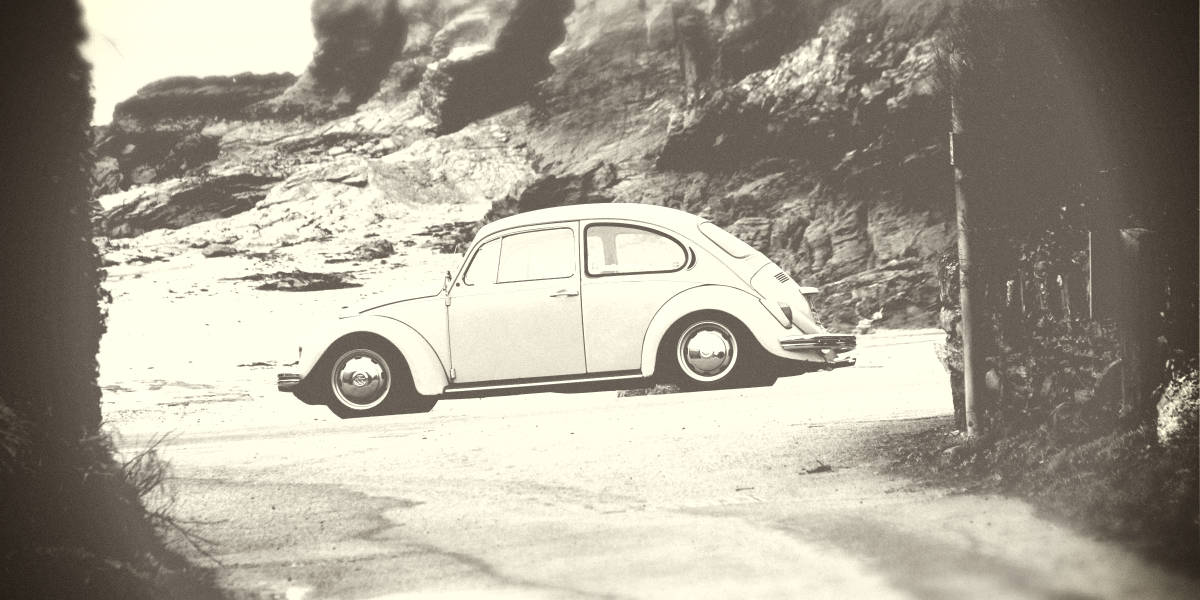