Non-vintage or “N.V.” wines are considered good values and good-tasting – they’re what most of us drink all the time. But that’s not how you rack up an insane price tag. The prices of certain vintages, which can soar to hundreds of thousands of dollars, represent the ultimate luxury. Where would a top-tier restaurant, million-dollar sitting room, or celebrity auction be without at least one ultra-rare bottle of vintage wine?

High vintage prices can be caused by many factors other than taste and quality. Overcast weather during harvest season can cause under-ripened grapes while hot conditions can cause the grapes to “rasinate,” which is exactly what it sounds like (a crop of raisins).

As a result of such conditions, many of these vintages were produced in a low amount and have become insanely expensive. Here are the 8 most expensive wine bottles in the world. 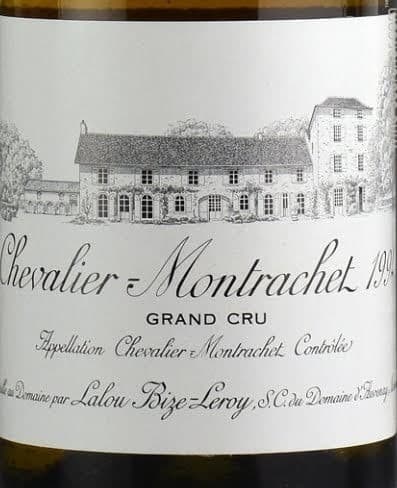 Domain Auvenay Chevalier Montrachet is made in the Core de Beaune in France and sold for about $33,000 per bottle. The Burgundy region, specifically the Côte de Nuits area, is infamous for its wine, which has become totally elusive and incredibly expensive.

Burgundy wines have been defined by the Leroy family, particularly Mme. Lalou Bize-Leroy, since 1851. Currently, Domaine Leroy and Domaine d’Auvenay own large shares in DRC and operate many of the most coveted vineyards in plots throughout the Grand Cru in Burgundy.

Maison Leroy really took off in 1942 when Joseph Leroy, one of the sons, acquired a large portion of Domaine de la Romanée-Conti from Jacques Chambon, one of the most coveted winemaking operations in the world. This made Leroy the co-owner of the operation with the family, de Villaine. 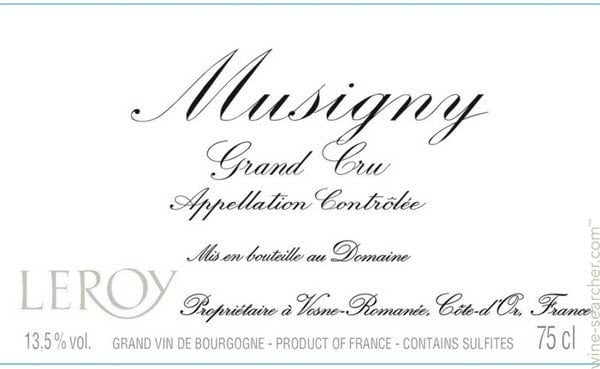 The 2002 vintage Leroy Musigny has a satin texture and an aroma that combines deep cherries with fresh violets and other floral scents. It’s a full-bodied, noble wine, produced by a team under Domaine Leroy. Those who love a sweet, powerful, plummy wine, may be willing to pay for this bottle, priced at $66,873 per 750 ml.

Musigny is known for “feminine” wines, by which the company means the flavors are complex and floral. The Musigny family is no longer around to oversee these operations, but they were there providing some of the original luxury wines to the Duke of Burgundy throughout the 14th century.

Wines from this region are grown in the gradient of terraces made from steep, rocky limestone (the gradient can be as high as 14%). The soil there is shallow but thick with red clay. The rocks of the region can be over 150 million years old. 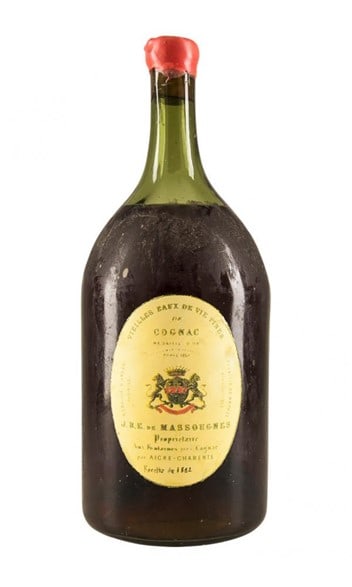 This bottle of Massougnes 1802 is currently being sold for over $336,000, which shouldn’t be surprising when considering that this is a vintage dating back 219 years. It’s a cognac from France, the king of cognac, and is a hefty bottle at 341 cl, the equivalent of 3,410 ml.

The compact glass bottle this vintage comes in is by itself the most expensive collectible cognac bottle out there due to its age and edition.

Massougnes Cognacs were distilled and sold very prolifically in the 1730s and before. However, soon after, the region was torn apart by a tiny insect pest called the grape phylloxera. These yellow sapsuckers, even smaller than aphids, thrive in the roots of grapevines and can kill whole crops, not only by eating them but by causing fungal infections as a result of their interference. These bugs ravaged cognac crops in the 18th and 19th centuries all throughout Europe, making this Massougnes 1802 even rarer. 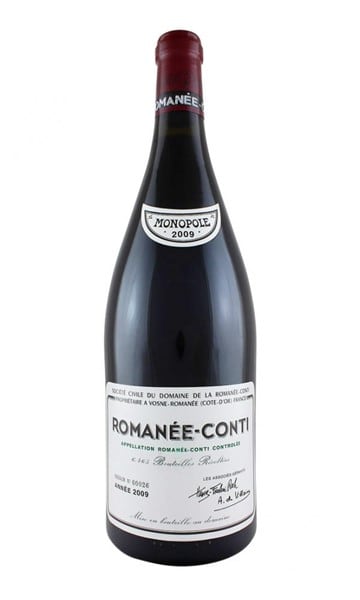 The most expensive bottle of wine you can regularly buy is the Romanée-Conti DRC Three Magnum OWC. It’s 450 cl, which is the equivalent of six 750 ml bottles. The wine comes out of the Burgundy region in France to deliver this fantastic red, vintage-dated 2009.

Wine from the Romanée-Conti vineyard is incredibly coveted, hence the $76,240 price tag of this 2009 vintage. This will not be the last time you hear their name on this list.

This thick wine (it’s like motor oil made from grapes) has an incredibly rich smell and flavor. Scents of sweet fruit hit your nose first, followed by hints of coffee, leather, chocolate, and spice. This wine is low in acid and high in alcohol content, contributing to its complex taste even after being in the bottle for half a century.

The wine’s color is thick, dark, and ruby-red, like a thick liquid black raspberry, mixed with truffles, walnuts, herbs, and ash. Connoisseurs describe the wine’s incredible taste as similar to a great port. A pristine bottle of 1947 Cheval Blanc sold for $304,375.

Bad weather in 1947 caused a bad season for Chateau Cheval Blanc. The makers had to use old vinification (winemaking) methods to make up for the loss of time and resources.

74,422 bottles of Chateau Mouton-Rothschild were produced in 1945. But this only included 24 jeroboams, which are 3 liters large. The current price for the regular bottles is still hefty at around $23,200. The price of jeroboams, however, is $310,700.

This legendary vintage wine was created by a Jewish man named Baron Philippe de Rothschild, who escaped prison during WWII and ran to Britain. Despite being away for a while, his 51-hectares estate was ready to receive him when he returned. The Chateau Mouton-Rothschild 1945 was the result.

A heavy frost in 1945 slashed the grape crop that year to the point that the remaining crops, subjected to intense heat, had to be harvested early. This resulted in the smallest vintage label from the estate since WWI and a batch of wine that had soaring alcohol levels, which reaches 15% in some cases. 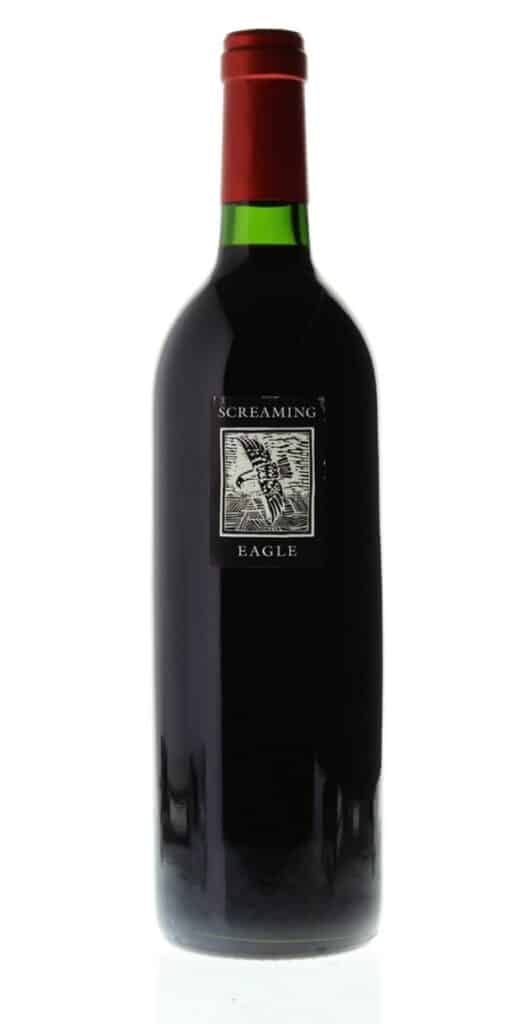 The Screaming Eagle Cabernet Sauvignon was produced in Oakville, California in 1992. In 2000, it sold at a charity auction for $500,000, making it the most expensive wine sold up to that time due to its rare production year.

This wine was unfiltered, aged in 60% new oak, and bottled in incredibly limited quantities. The wine has a deep purple color and has a taste of blackcurrant and toasted oak. The aromatics of sweet, creamy currant and rich tannins make the Screaming Eagle a mind-blowing flavor experience, even beyond the naturally coveted bottles.

This wine was only sold through an exclusive mailing list. Gustav Dalla Valle and Heidi Barrett debuted this 1992 Cabernet with a vintage that only contained 175 cases, immediately limiting production. 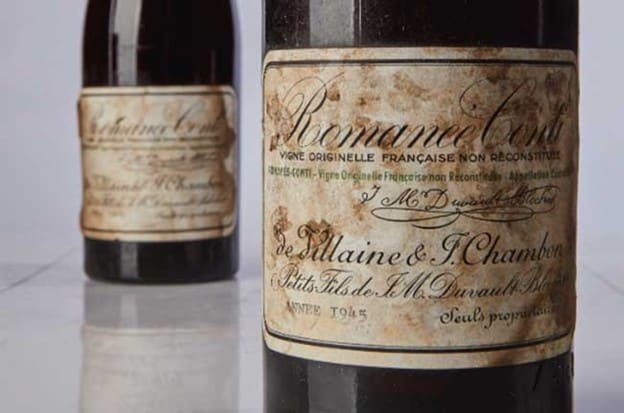 These vineyards have been operating since 1986. When this bottle sold in 2018 for $558,000, it became the most expensive bottle of wine ever sold.

The 1945 on the bottle is not a coincidence. That year, the Romanée-Conti vineyards fell victim to harsh weather conditions that resulted in low wine production. This means that only 600 of these bottles were ever produced, most of which have been drunk by now. Any of these bottles that remain always command insane prices.

The world’s most valuable vintage wines can cost hundreds of thousands of dollars due to their incredible, full-bodied flavors and coveted vintage dates. Some of these bottles are the only ones of their kind, coming from already troubled production years that produced low volumes of wine, subsequently being bought and enjoyed over decades or even centuries.

Any bottles that are left go up for sale online or in high-value auctions to the pickiest connoisseurs for the most incredible prices. You should consider yourself lucky if you ever have one of these spectacular creations in your glass.