From the cheapest slice of wobbly American to the most luxurious block of revered British Stilton (and beyond), cheese is a staple food item in the Western world. Every major Western cuisine has a use for cheese, though most make do without breaking the bank on cheese.

Continue reading to learn all about the 8 most expensive cheeses that money can buy. 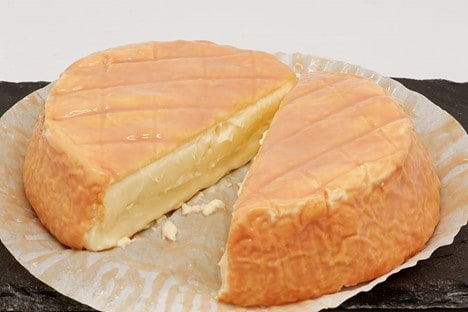 In the Côte-d’Or in Burgundy, France, farmers make Époisses cheese from cow’s milk. It’s a washed-rind, creamy, and soft cheese that can come in two flat rounds. Époisses is an incredibly pungent cheese, with flavors of garlic and mushroom.

This cheese defines Burgundy in both good and bad ways. It is a coveted cheese despite being somewhat off-putting for non-Burgundians. Its outer red mold, which gives the cheese a shiny paprika-like color, are indicators of good growth in washed-rind cheeses like Époisses.

The old logic is that Époisses cheese pairs perfectly when ripe with a red Burgundy wine. However, modern connoisseurs can clearly tell that the cheese and wine cancel each other out and favor another strong red instead. Champagne is also a great pairing for a cheese course that includes Époisses. 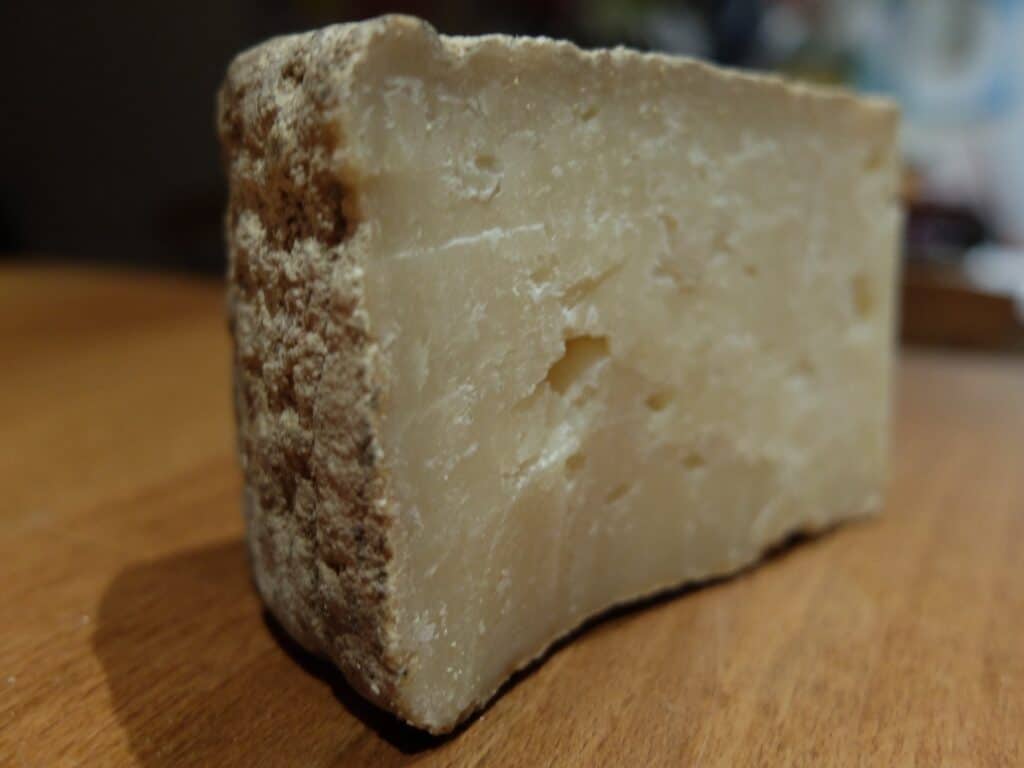 Old Ford is an English semi-hard cheese with a crumbly, dense texture. Its flavor is buttery, salty, with a hint of citrus and floral flavors. This cheese is made from raw goat’s milk by Mary Holbrook out of Britain’s Sleight Farm. In the warm summers, Old Ford ages to eating condition in about three months. When made in the colder months, the cheese takes closer to eight.

The cheese has a natural rind, a snow-white cheesy inside, and a modestly expensive maximum price of $50 per pound.

Unfortunately, Mary Holbrook died in 2019. In her honor, Sleight Farm discontinued her Old Ford cheese recipe forever. This means that you may never be able to taste Old Ford, no matter how much you pay. 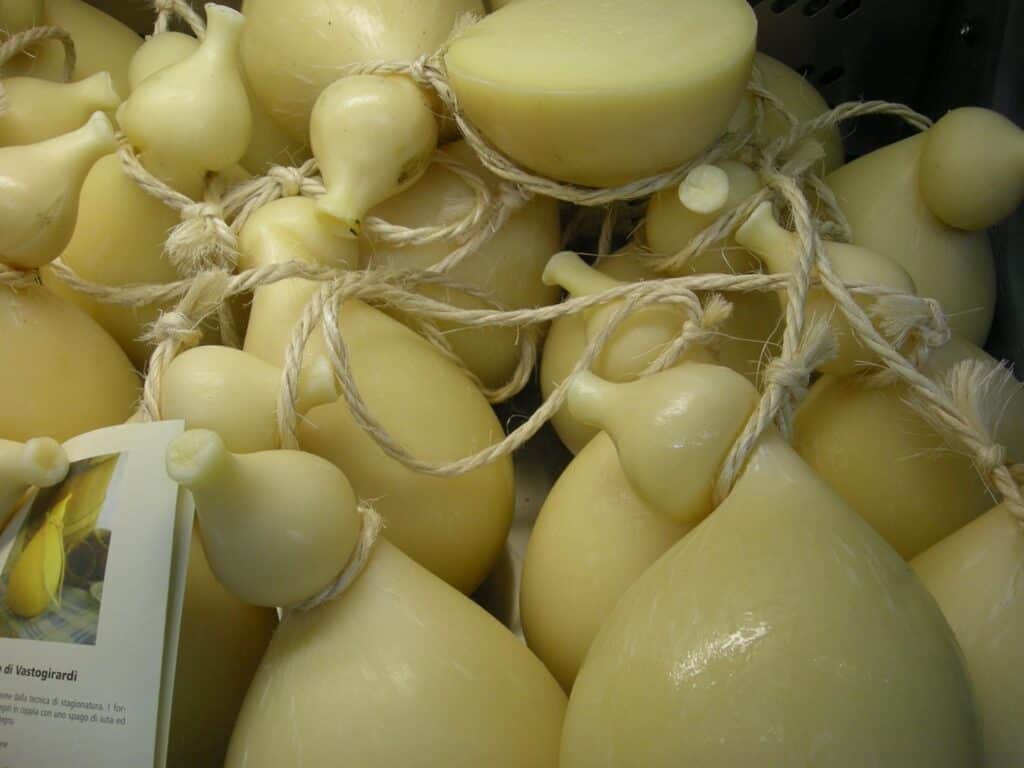 The stretched-curd cheese called caciocavallo is made from cow or sheep’s milk in Southern Italy. On the Gargano peninsula, specifically in the Apennine Mountains, farmers create this cheese by the same methods they’ve used since 500 BC. Hippocrates, the ancient Greek philosopher and physician (when those were basically the same thing), mentioned caciocavallo in reference to Italian cleverness in cheesemaking.

Caciocavallo tastes like aged provolone, though it has a hardened rind like parmesan. It sells for around $50 per pound.

“Caciocavallo” literally translates to “horse cheese,” leading some to hold the mistaken belief that it comes from horse’s milk. The origin of the name, however, more likely derives from the process by which it is made, which involves the teardrop-shaped cheese form wrapped with rope and laid straddling on a horizontal piece of wood, like a rider on a horse. 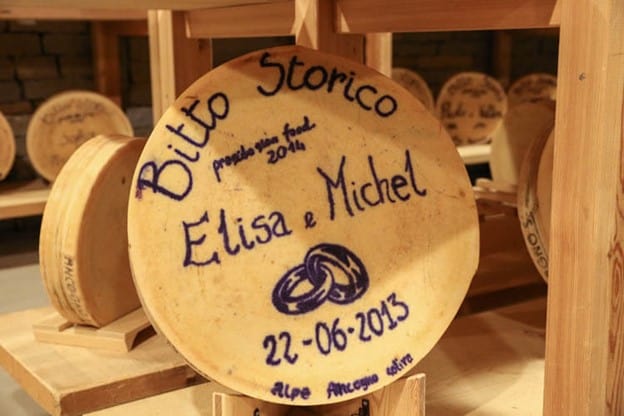 Only 12 farms, all in the valley in Lombardy, are allowed to make Bitto Storico. The milk used for this cheese is a combination of mountain-grazing cows and goats. Orobica goat’s milk is used in the cheese at around a 15% proportion. The more goat the farmer puts in the mix, the more aging the cheese can handle.

Bitto Storico has been made in the mountain pastures of Italy since the 16th century. The farmers who make it still use the ancient stone outcroppings where the old farmers made their cheese (the structures are called “caléccs”). They milk the cows and goats right there so that the milk is 100% fresh when it enters the cheesing process, which begins in a copper cauldron on a makeshift fire in the summer mountain months, just as it had been done hundreds of years ago. 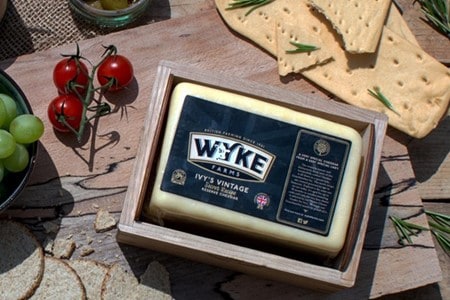 In Somerset, a county near Gloucestershire in Southwest England, Wyke Farms uses their cow herd to create the Wyke Farms Cheddar. The farm has existed for over two centuries, but the cheese wasn’t invented until the 20th century, where it accumulated popularity in the 1950s.

Over 1,000 cows contribute to this family-run business to produce the Wyke Farms Cheddar, which is sold for $200 a pound.

Diane Cox has an extremely refined nose, so much so that she has made her living as a master cheese grader at Wyke Farms. She smells and tastes newly made cheddar all day, being able to use her sense of smell to determine which cheese crops will become high-quality vintage cheese. Wyke Farms pays 25,000 pounds every year just to insure her nose. Compared to the average British woman, Diane eats 700% more cheese. 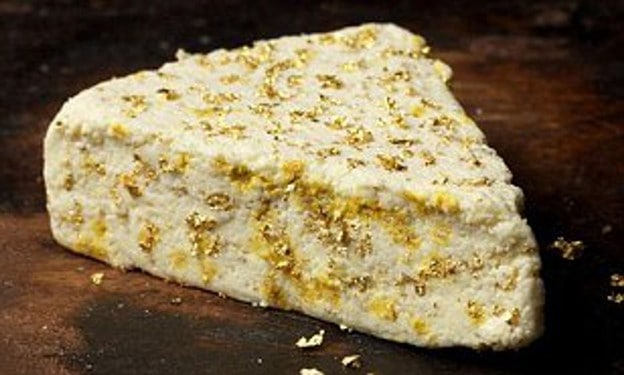 White Stilton Gold is the world’s most expensive cow cheese. Long Clawsons, the British dairy company, imbedded their premium white Stilton with edible gold leaf and gold-cinnamon schnapps to up the ante on their already luxurious products.

Now this bling-backed, cinnamon-schnapps stilton cheese costs about $420 per pound, which equates to about $81 a slice. The White Stilton Gold cheese has only been made available on a per-order basis to wealthy cheese connoisseurs.

England’s luxury cheese export, the inimitable Stilton, comes in blue and white varieties. The European Commission granted Stilton cheese the status of a PDO, which means that the commission must individually empower areas with the legal ability to create this cheese (“PDO” stands for “protected designated of origin”). Only three English counties can create Stilton – Leicestershire, Nottinghamshire, and Derbyshire. 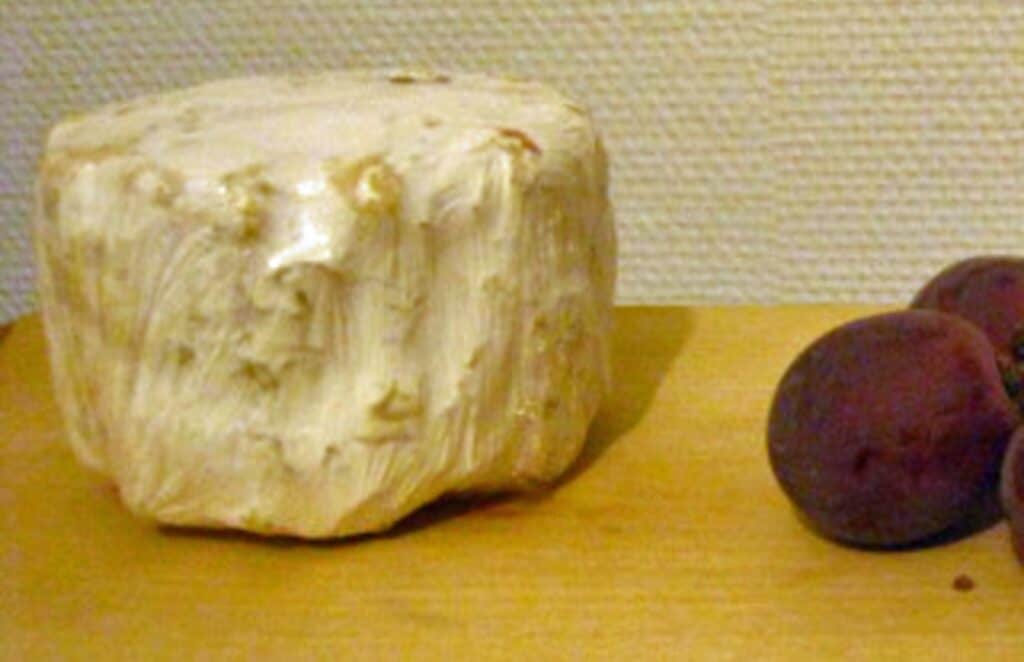 At this point, you must have realized that any milk-producing mammal can be used to create cheese. But some must be more difficult to farm for cheese than others! Case in point – the absolute insanity of imagining reaching under a 1,000-pound moose to milk it for your moose cheese farm.

Other than sounding like the name of a ska band, “Moose Cheese Farm” is a bit of a misnomer since Swedish farmers call their moose, “elk.” Hence, The Elk House is actually the farm where just three female moose produce the milk that makes the cheese that gets sold for $500 per pound.

Moose cheese is not something a ton of people have tried. However, it is reported to be a high-protein cheese that can take several forms, including a white-mold Camembert-like cheese, a creamy or dry blue cheese, and feta-like moose cheese crumbles. 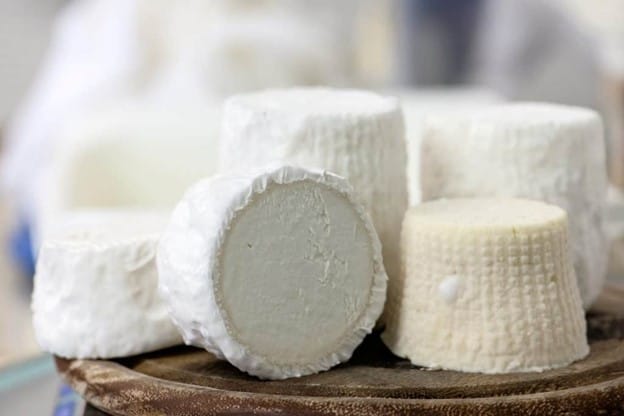 The most expensive cheese is pule cheese. It is made from milk obtained from Balkan donkeys in Serbia. One reason it is so expensive – $600 per pound or even up to $1,700 in a scarce season – is that pule cheese is only produced in a single place on earth. In Siberia, the Zasavica Special Nature Reserve manually makes this cheese from the tiny amount of milk produced by these donkeys. Even with hundreds of pule donkeys, the amount of cheese possible is still scarce.

This cheese is soft, crumbly, and rich in deep flavors like Manchego, the famous Spanish cheese, but even more so.

Donkey’s milk has been a rare luxury food item for hundreds of years. The milk from a Balkan donkey contains approximately 60 times more Vitamin C than milk from a cow, as well as only 1% of the fat content. As a result, Cleopatra reportedly bathed in donkey’s milk to retain her youth. Even in the modern day, some companies buy this milk from the Zasavica Reserve as an ingredient for luxury beauty products for modern-day Cleopatras.

The world’s most expensive cheeses are made in the mountains of remote regions, from rare animal’s milk, using highly specific techniques. Some of these cheeses have been made for millennia while others are the brain cheeses of people who created them just a few decades ago.

For hundreds of dollars per pound, some of these cheeses can be sampled in all their donkey milk glory. Others are a little more manageable, defining the cuisines of refined areas of France and Italy and bringing the taste of local animals to bear on the flavor profile of an entire people.