Wallets keep your cash and cards safe, but they can also be investments themselves. Those who want to upgrade their wallet into a high-fashion luxury accessory should look no further than this list of the 9 most expensive wallets that money can buy. 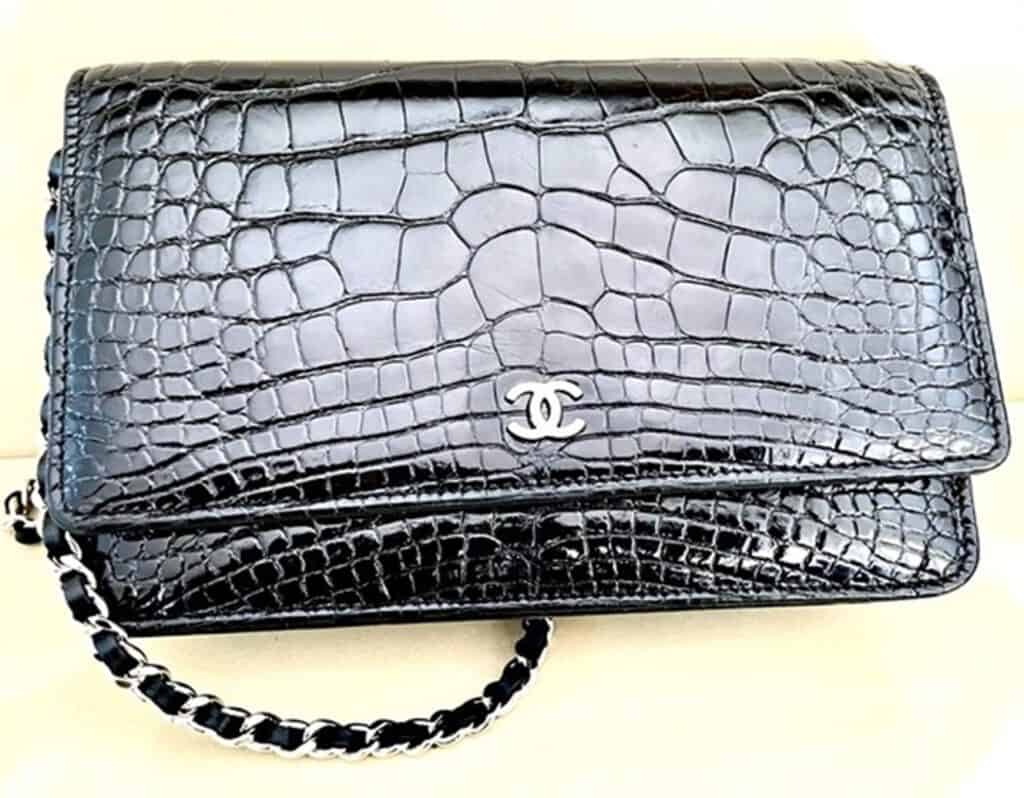 The Chanel Boy Wallet on Chain is from the luxury clothing brand’s Cruise 2015 collection. Its material is a gorgeous alligator leather accentuated by silver hardware and other accents, such as the chain and the classic inverted “CC” logo that stands for Coco Chanel.

The iconic feature of this wallet is a cross-body shoulder strap made from silver chain-link wrapped around the leather. The wallet was sold with a dust bag, marked down from its market value of $22,000 to its final sale price of $11,999.

Chanel is perhaps the most iconic name in women’s fashion in the world. It was founded in 1910 by Coco Chanel, who is now regarded as the name in women’s luxury goods, accessories, and clothes. The brand is famous not only for accessories like this wallet but also for the Chanel No. 5 perfume.

This wallet listed as a Unisex Crocodile Blended Fabrics Wallet is a strong statement, being genuine crocodile belly leather dyed bright red. It’s emblazoned of course with that iconic “LV” clasp on the front, signaling the world’s most expensive fashion accessories brand, the unbeatable Louis Vuitton.

This wallet was made recently for a 2022 collection series and features very few bells and whistles. It’s an old-fashioned pouch-style wallet with just two inside compartments and a center zipper pouch.

This crocodile leather wallet retails on the aftermarket for $13,123.

Louis Vuitton began as a luxury leather luggage builder, creating the flat-topped design now used in almost all luggage. Before LV, luggage trucks were rounded and therefore difficult to stack. 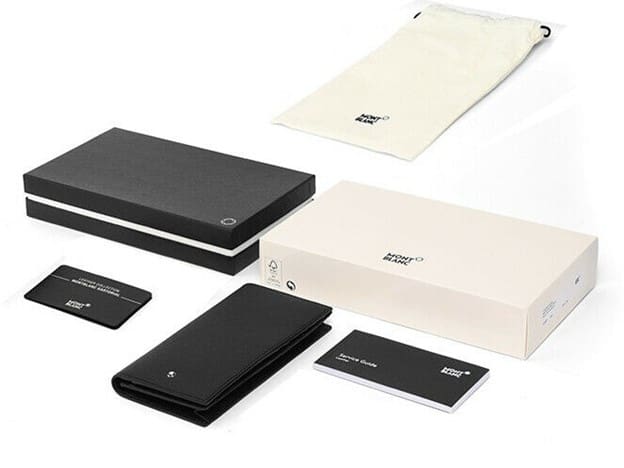 It has room for a ton of stuff inside, including twelve compartments for credit cards, two for banknotes, one for a windowed card like a driver’s license, and two extra pockets for whatever the owner wants.

The Sartorial Wallet is 17.5 x 9cm in size and is done in cured bovine leather (black). The wallet sold without a warranty card but is still in the box with all its documentation for $16,050.

Mont Blanc is a subsidiary that produces luxury clothing goods out of Hamburg, Germany. Since being founded in 1906, they’ve been expanding around the world with not only accessories but also jewelry, travel goods, and luxury writing implements. They currently have 638 boutiques worldwide. 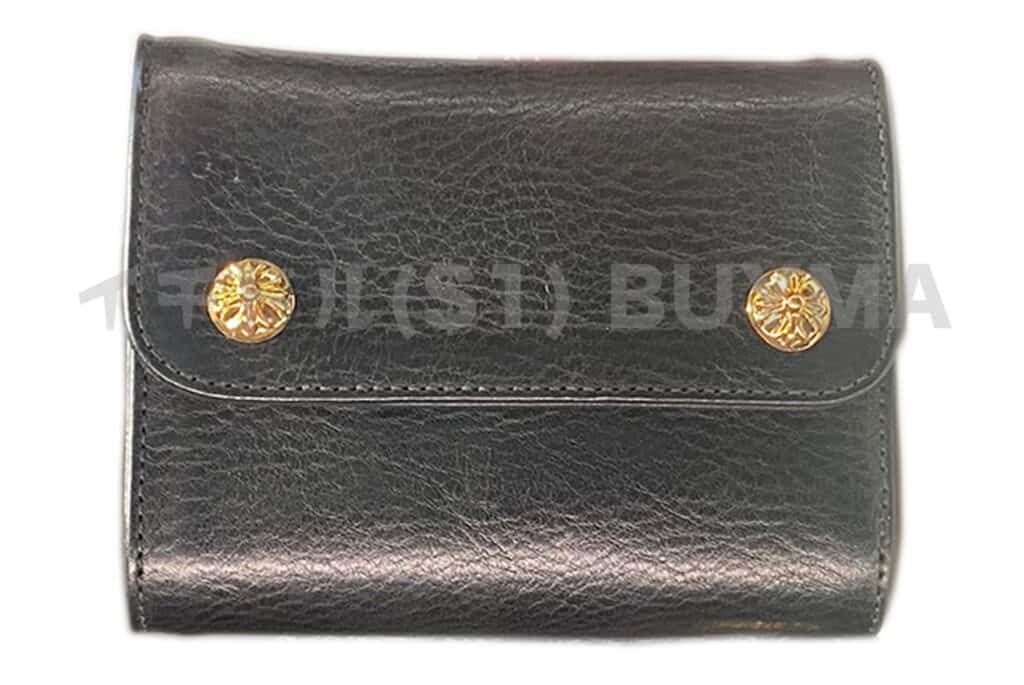 Folding wallets by Chrome Hearts are highly prized owing to the company’s history as a luxury purveyor of accessories that incorporate diamonds, gold, and silver. They specialize in not only leather-making but also clothing, eyewear, and incense.

What the company describes as a “supple bifold” is styled for unisex use and outfitted with gold-plated button snaps that secure the front of the fold to the black leather interior. The folding wallet features the front open pouch as well as side compartments for additional storage.

This Chrome Hearts folding wallet costs up to $18,365.

The fashion company Chrome Hearts was founded by Richard Stark in 1988 in Los Angeles. They specialize in gold and diamond accessories as well as luxury eyewear, leather goods, and furniture. The brand has kept its true value under wraps, but industry insiders estimate that the brand is worth $1 billion. 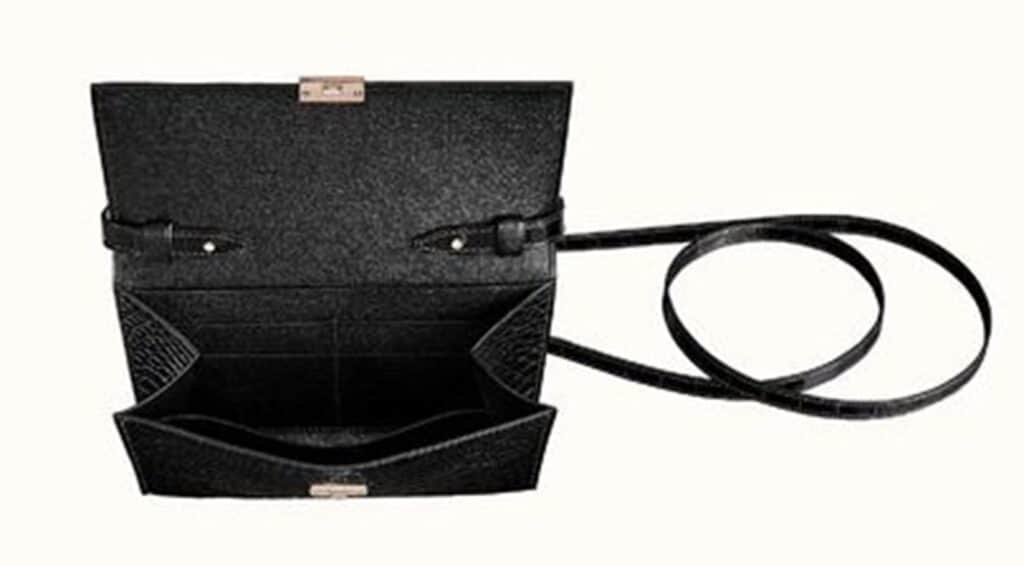 Clic 16 Hearts is a wallet made from Mysore goatskin. It has space for four credit card slots, two extra pockets, a clasp plated in rose gold, and a removable real leather strap. This gives the wallet the ability to double as a multi-functional shoulder bag, which may at least justify the high price tag. It’s like buying two accessories at once, right?

This wallet by Hermes in conjunction with the brand, Chrome Hearts, is named after the “click” sound of its iconic “H” clasp, which stands for Hermes. The lines of the padlock on this wallet and logo are based on the classic Kelly bag, whose angular shape has been defining high-fashion wallets for decades.

Mysore goatskin is named after the Southern Indian town famous for sourcing it. Its unique grain comes from rolling the leather grain against its own grain to emphasize its fine lines and unique texture.

The leather has been described as dry, irregularly textured, with a slight shine and a supple grain. 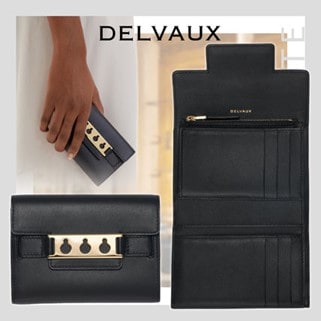 The Calfskin Plain Leather Folding Wallet by Delvaux features plenty of space for cards and a zipper pouch for coins. It has a demure look with a copper-plate buckle and is shorter than most luxury wallets, closer to the dimensions of the average wallet.

Full-grain calfskin is difficult to cure and usually features natural leather on the inside. However, this luxury wallet has all been cured in the same high-class black sheen. It sells for $20,089.

Delvaux is one of Belgium’s most renowned clothing brands. Even before the Kingdom of Belgium existed, Delvaux was starting to lay down its roots back in 1829 in Brussels. It was created by Charles Delvaux as a luxury leather goods manufacturer, remaining pretty much under the same leadership until 1933 when Franz Schwennicke bought it. 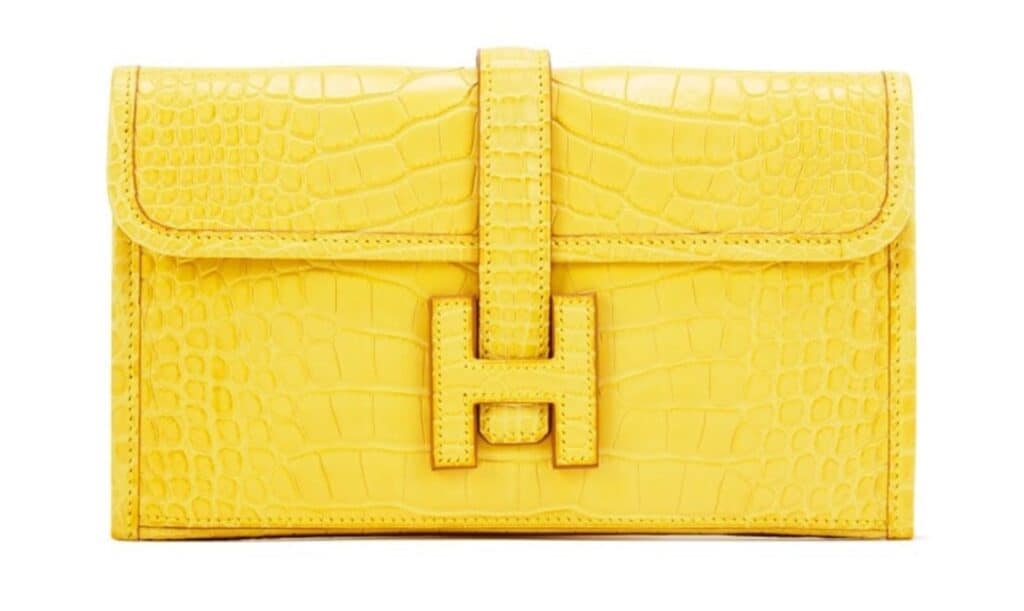 The Jige Duo Wallet by Hermes is a long wallet with spots for four credit cards, a bill pocket, and a change purse. It has that iconic Hermes “H” as its clasp. Most editions of the Jige Duo wallet were done in calfskin, but this rarer iteration is made from alligator, done in a mimosa yellow color with a matte sheen.

The Jige Duo Wallet was originally designed by Emile Hermes’ son-in-law, Jean Guerrand, as a gift to his future daughter-in-law in 1975. “Jige” is a combination of Guerrand’s initials.

Jean-Rene Guerrand was a perfumer by trade and eventually became the patriarch of the Hermes clothing brand. He held this position for 64 years, starting in 1926.

The Unisex Crocodile Plain Long Wallet by Hermes is made from cured black crocodile leather. Crocodile leather is a particularly durable luxury material that retains its strength for decades. The skin used to procure the leather comes from either the belly or back.

Belly leather has a typically more even texture with wider, smoother scales. The back cut has more scales and creates a unique, rough texture, which is not used as often. This Hermes wallet, which sells for up to $33,571, used the belly skin.

The Hermes clothing brand is 185 years old, founded in 1837 in France. Leather is their major import, but they also specialize in home furniture, perfume, watches, jewelry, and other clothes. 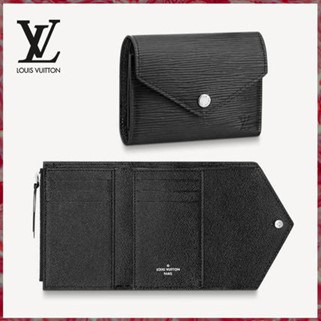 The most expensive wallet ever is the Victorine Wallet. Louis Vuitton, the most expensive clothing brand in the world, created this black wallet made from their signature epi leather. It comes in a compact design with room for foldable card slots, bills, and a coin compartment enclosed by a zipper.

LV’s signature wallet leather is made from a specific tanning process that begins with plant extracts that are processed and deep-dyed. The grain is then colored, resulting in a two-tone coloration now iconic with Louis Vuitton’s products. Epi leather comes in classic and electric types, characterized by a matt vs shiny finish.

Louis Vuitton is one of the oldest luxury clothing brands around, founded in 1854 in Paris, France. They have often been named the most valuable clothing brand in the world.

10 Most Expensive Marvel Cards Ever Sold