8 Most Expensive Trucks in the Market Currently

Trucks provide high performance and durability. They’re the workhorses of any brand’s automobile fleet. Most people who need a truck get them for hauling and towing, minimizing convenience for pure functionality and power.

However, many trucks today features all the luxuries of modern high-end car design without sacrificing the power and utility of their tougher, offroad designs. Modern trucks can include premium video and audio systems, smartphone and Bluetooth integration, luxury interiors, and designs modded with rare metals. Trucks can have just as many luxury trappings as supercars. 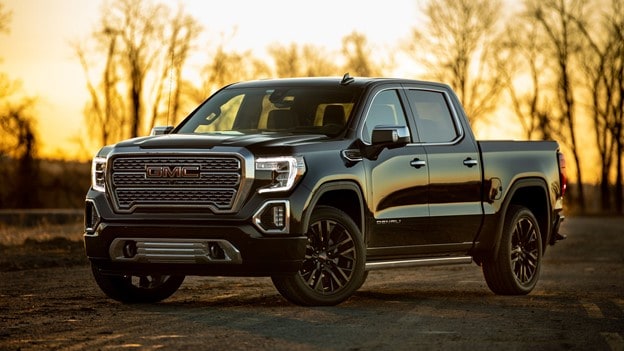 GMC put out this Sierra 1500 Denali as a companion to its Silverado, which has the same platform and engine type, though the buyer can customize their new truck with different engines. These include a 5.3 L V8 and 6.2 L V8, the larger of which can hit 420 hp, as well as the price listed above of $63,485.

Some of this truck’s luxury features include heated front and rear seats, genuine leather upholstery, a heated steering wheel, and an 8-inch television screen.

“Denali” is a word in the Athabascan language that means “the high one” and has long been used as a reference to an imposing mountain in Alaska (6,200m). This was formerly known as Mount McKinley until President Obama reverted the mountain’s official title back to its original Native American name. 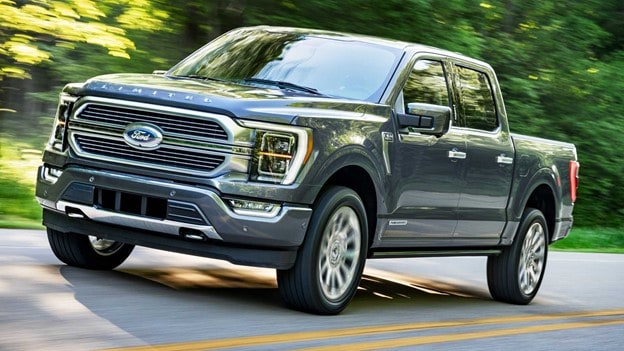 The 2021 Ford-F150 Limited is one of the most expensive trucks you can currently buy (it’s also not the last time we’ll be talking about this line). This truck features a Bang & Olufsen audio system (18-speaker), trailer backup assist and reverse guidance, power tailgate, moonroof, and more. On the inside, the F-150 is a luxury vehicle compared to the workhorse vehicles of the past, including navigation systems, 360 cameras, leather upholstery, and full cabin heating.

The Ford F-150 Limited is powered by a 3.5 L V6 engine, which produces 450 hp. Its towing capacity is 7,000 pounds. Buyers can add Ford’s PowerBoost onboard generator, which could cost an additional $4,500, as well as off-road and tow packages to boost its value even further. 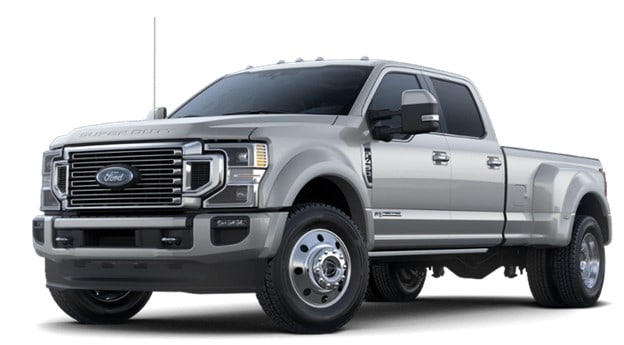 This luxury hauler includes an integrated nav system, 4-wheel ABS brakes, forged aluminum wheels, side seat and overhead mounted airbags, and even a Bang & Olufsen sound system, which includes 10 speakers and a subwoofer. Its tailgate has a power lock and remote release, making it more effortless than ever to get your cargo where it’s going.

The Ford F-Series has been around since the 1948 Ford pickup, sold as chassis-cab trucks that can handle the rough roads and the long hauls. Since 1977, Ford’s F-Series has been the best-selling line of trucks in the US, making it often the highest-selling vehicle of any type. In 2018, these trucks netted Ford $41 billion in annual revenue. 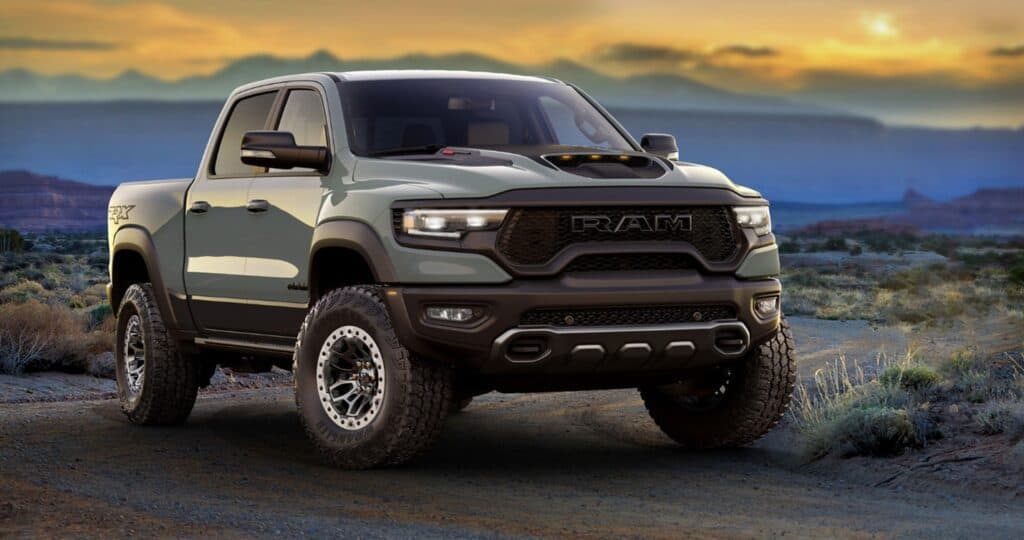 The Ram TRX Launch Edition was put out in 2021 to compete with the Ford Raptor pickup. It is the most expensive pickup truck you can currently buy, retailing at $92,010. Only 702 examples of the Ram TRX have been made.

One of the Ram TRX’s luxury additions is its advanced forward lighting system, which incorporates LED Smartbeam intelligent headlamps that adapt to road conditions. The Ram TRX also features launch assist and launch control functions, meaning the truck automatically regulates engine RPM to factor in the road conditions based on wheel slip feedback. This gives the truck the best possible acceleration rate. 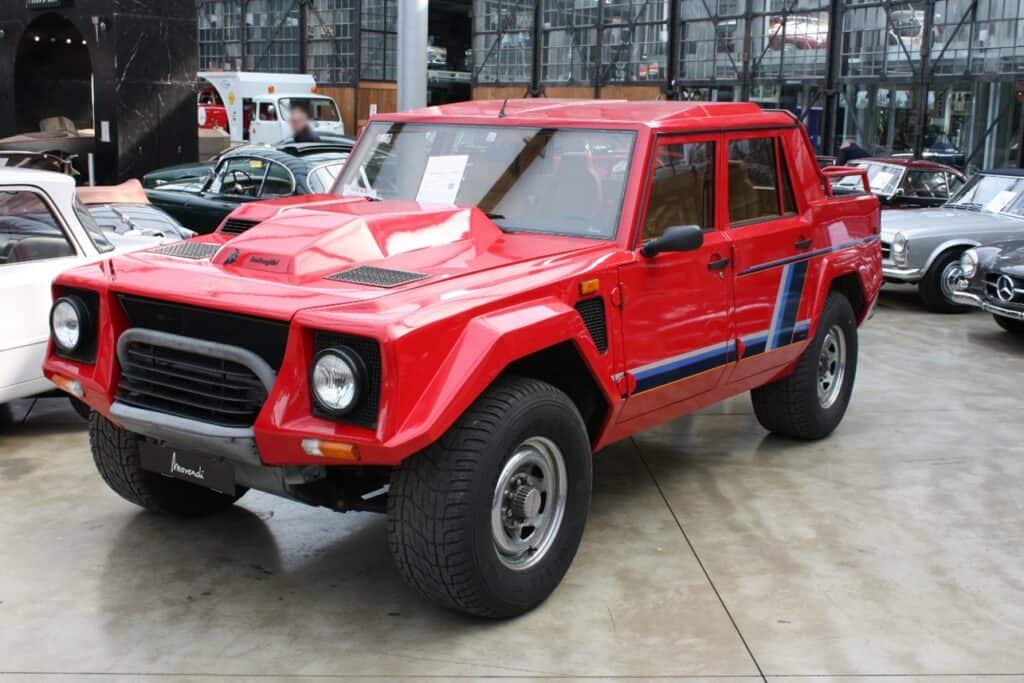 The LM002 is a Hummer-style 4-door truck by Lamborghini, the brand more famous for high-performance Italian supercars. The LM002, also known as the Rambo Lambo, was produced in 1986 through 1993. Production was limited to 328 units, which has driven up the value of this powerhouse little truck.

Lamborghini’s ambition to create military-ready vehicles didn’t pan out at first until the front-mounted V12 engine of the LM002 provided a more durable package. After the conceptual failures of both the unproduced Cheetah and LM001, the LM002 proved to be a far more effective design. It now sells for up to $392,000.

Lamborghini produced several prototype military and offroad trucks under the LM series, or the Lamborghini Militaria. It was started in an attempt to cut into the jeep market for more luxury sport clients. However, the whole brand line was discontinued in 1993. 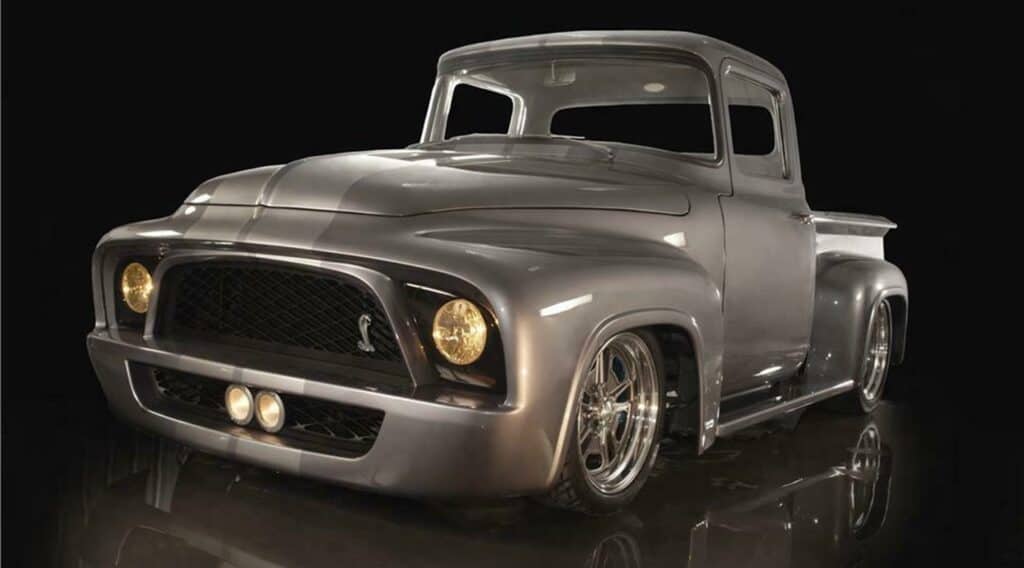 Shelby vehicles are well-known for their combination of high performance and luxury and this Ford Shelby Custom Pickup is no exception. The F-100 from 1956 was considered the most expensive truck ever sold for a while after it took in $450,000 at a Barret-Jackson auction in 2014.

The 5.4 L V-8 engine of the Shelby F-100 is powered by 550 hp and has a six-speed transmission, altered wheelbase, custom chassis, and other mods.

Carroll Shelby had his hands in high-performance vehicles for decades. His biggest claims to fame were the AC Cobra, known in the US as the Shelby Cobra, and Ford’s original Mustang. He was also well-known as a professional racing driver, taking driver of the year in Sports Illustrated in 1956 and 1957. You may recognize his name and career from the 2019 film, Ford v Ferrari, where he was portrayed by Matt Damon. 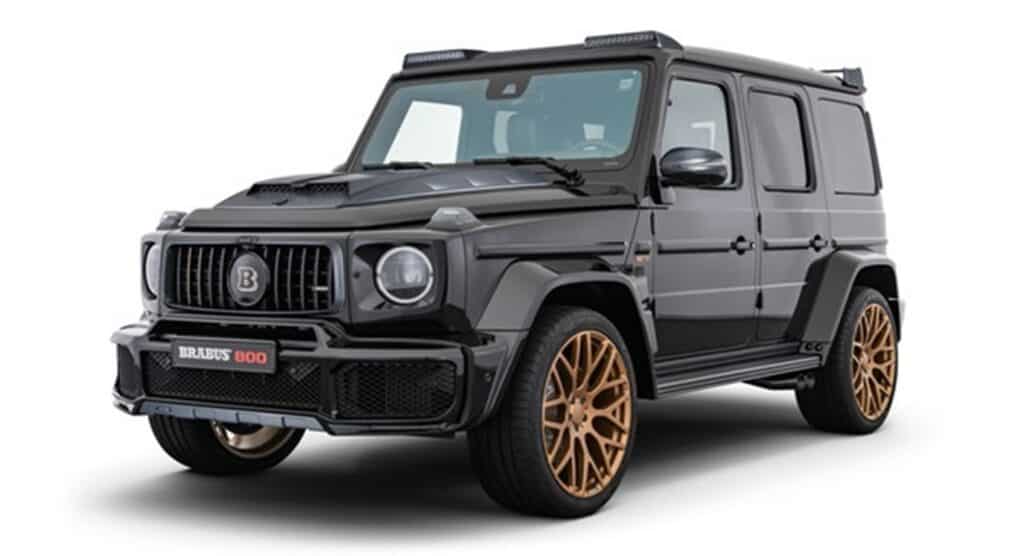 The G63 Brabus by Mercedes-AMG handles like a bus but has the interior of a limo to match its price tag. The popularity of the Mercedes G Wagen encouraged them to make a celebrity version for their high-value clients. Enter the G63 Brabus, with a $1 million price tag for the limited “black and gold edition.” This is almost twice what the default version costs.

Brabus was founded in 1977 and manufacturers not only Mercedes vehicles but also Maybach and Smart cars. Horsepower and on-road movement versatility are the company’s main priorities, reflected in the Mercedes G63’s unnervingly high specs for a car in its weight class. 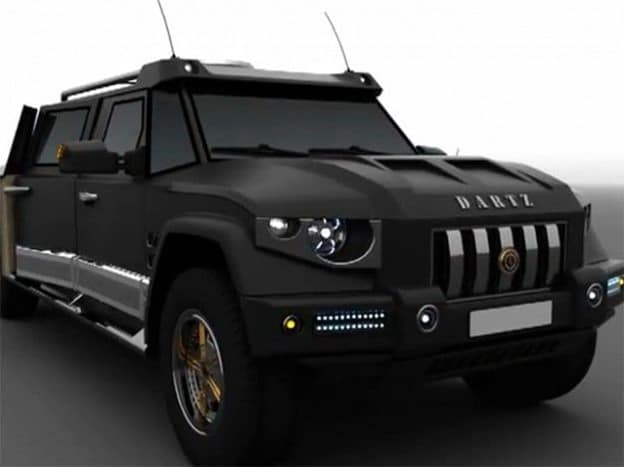 The most expensive truck ever sold is the Dartz Prombron Black Dragon. This is an SUV aimed at the highest luxury buyers, designed by Leonard Yankelvich for the Latvian manufacturer, Dartz Motor Company. To increase the price, the Dartz Prombron features bulletproof windows, an armor-plated hull, and decadent genuine leather interiors.

The Prombron Black Dragon is a China-exclusive vehicle limited to 12 units, with a starting price of $7 million. Added luxuries include a 42-inch television,s a diamond, gold, and ruby-encrusted logo, silver fenders, and an electrochromic roof.

Prombron has become known for releasing other high-value SUVs and trucks, including the Black Stallion, a Hummer H2 that debuted at $330,000 and another Prombron called the Monaco Red Diamond Edition, which costs $1.25 million. The Black Dragon tops them all.

The automobile market has almost always offered options for high-performance offroad driving and hauling. However, it wasn’t until the 1948 Ford F-Series trucks that this class of vehicle became the most frequently bought in the United States. Since then, many brands have competed for dominance in the growing truck market, which includes upping the luxury on cars more commonly built for performance alone.

This list includes both the most expensive trucks ever sold and the priciest new trucks currently available. They combine both the high durability and power of their predecessors with modern luxuries for more high-end clients.

Top 10 Most Expensive RVs in the World