Lexus is the luxury SUV sub-brand of Toyota, founded in 1989. Therefore, the cars are designed and produced in Japan. Despite this fact, the Lexus was designed to compete in the American car market and has only been a Japanese domestic product since 2015. The Lexus is now popular in 70 countries across America and Eurasia, with more luxury coupes and convertibles and compact cars being bought and sold for premium prices every year.

While the Lexus is known more for luxury than affordability on the best of days, these are the models that are pricey even for the brand. Continue reading to learn about the 8 most expensive Lexus vehicles. 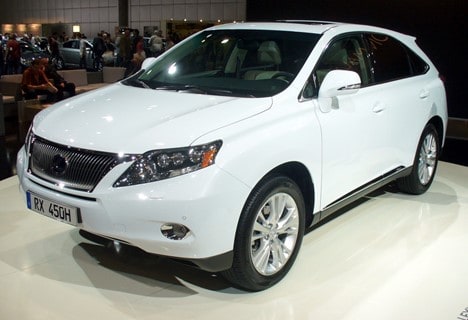 The Lexus RX is also known as the Toyota Harrier. Unlike some of the cars on this list, the Lexus RX in its older forms has been around since 1997. The line was discontinued in 2013, but not before putting out the Lexus RX 450h, a mid-sized luxury crossover SUV with 5 doors and 4-wheel-drive. It’s powered by a 3.5 L 2GR-FXE V6 engine and an inverter that boosts its hp to around 300 and reduces the engine weight by about 8kg compared to the RX 350.

The Lexus RX 450h improved its fuel efficiency by 20% compared to its preceding model, the RX 400h. This model was offered starting in 2009. In 2010, Lexus began partnering with Tesla Motors to produce all-electric variants of the Lexus RX. 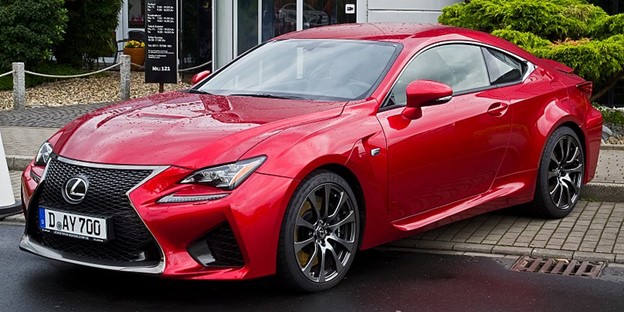 The Lexus RC, designer by Pansoo Kwon in 2012, has been in production since 2014. This 2-door coupe is used as a compact executive car with a front-engine layout and options for RWD and AWD. The Lexus RC F particularly has a 5.0 L 2UR-GSE V8 engine and an 8-speed automatic transmission. The RC F is now considered the flagship model of this design.

One design aspect that puts the RC F above the standard RC is its aerodynamism. To that end, the RC F comes with a tuned underbody, an active rear spoiler, and aero-stabilizing fins. 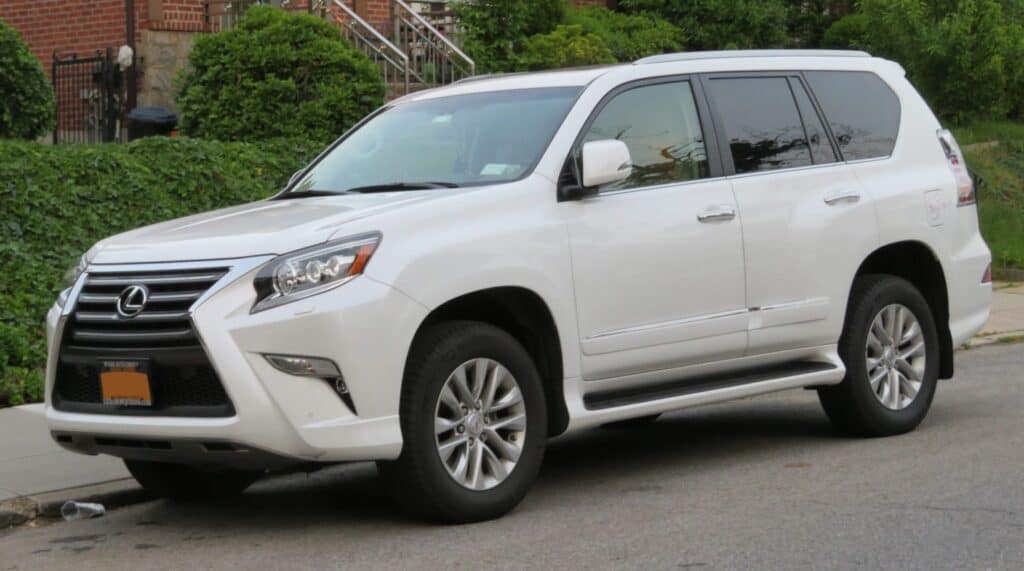 The Lexus GX has been a popular full-size luxury SUV since 2003. Its 5-door design has been particularly popular overseas, where the car is known as the Toyota Land Cruiser Prado. The first model on this line was the GX 470, but we’re talking about the next one, the GX 460.

It may seem counterintuitive that the numbers went backward. This was done by Lexus’s marketing department to show that the new model, produced in 2009, switched to a 4.6 L engine (V8). Similarly, the GX 400, which had a 4.0 L V6 engine, was produced in 2012.

Every Lexus GX has been produced at the Tahara plant in Japan. The GX was based on the design of the 4Runner and Prado, though its designers updated the style of the car’s front to better communicate the Lexus sub-brand’s luxury style. 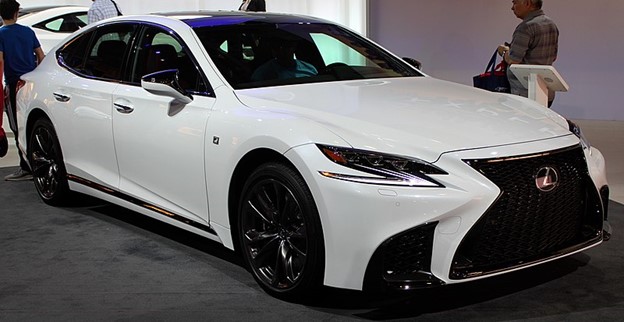 The Lexus LS has been in production since 1989. The most expensive version came onto the market in 2017 in the form of the fifth-generation LS, which includes the LS 500 F Sport. This car, which is still in production today, retails for $82,850 with all the luxury add-ons.

It was designed in 2013 by Yoshio Kanesugi and Yamamoto Rei under Kouichi Suga. The LS 500 is powered by a 3.5 L twin-turbo V35A-FTS V6 engine, which gives it around 416 hp. In addition to its engine technology, the car also sports a 3D surround sound system by Mark Levinson Audio as part of the Lexus Enform, the new infotainment suite in the latest models.

In addition to its luxury user technology, which also includes a smartphone emulator with handwriting input, the 5th generation Lexus LS also features a six-sided windowed design, a first for Lexus. It also has a panoramic moonroof (outer-slide-type) rather than the conventional retracting version. This gives the car the ability to balance its design’s low roofline with comfortable headroom. 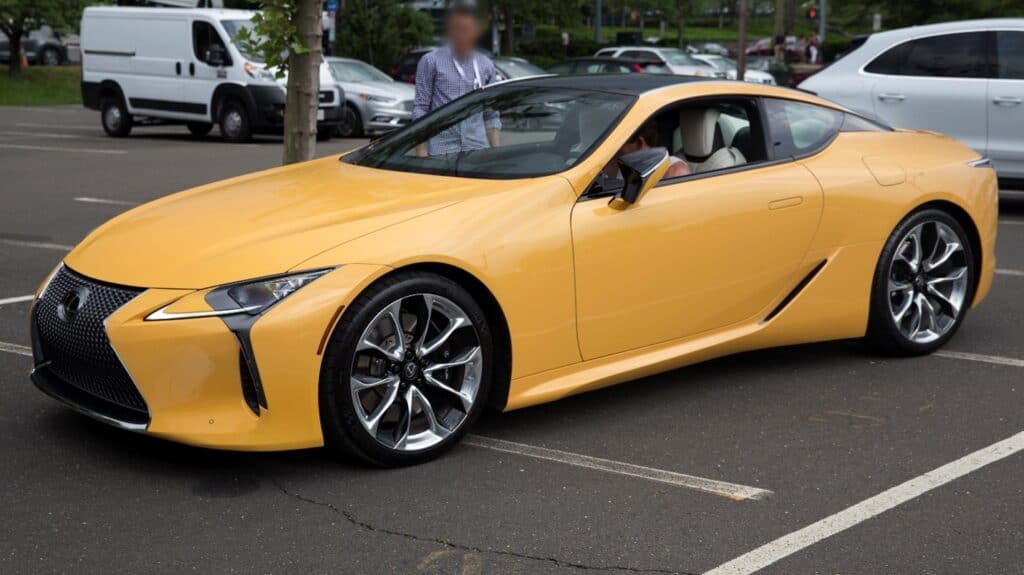 The Lexus LC or “Luxury Coupe” has been in production since 2017. It still sells well because designer Tadao Mori was able to take a Lexus Grand Tourer and create a 2-door fastback coupe (or convertible) that echoes their 2012 LF-LC Concept car but with added luxury performance features.

The first LC was the LC 500 and since then, convertible concept cars, hybrids, and more have been bought by Lexus’s luxury patrons. The most expensive of these powerhouse luxury cars costs in excess of $94,000.

The Lexus LC also had a racing model called the Super GT or LC500 GT500. It was designed to compete in the Super GT seasons, utilizing a Lexus RI4AG 2,000 cc inline-4 single-turbocharged, front-mid-mounted engine with a 6-speed sequential semi-automatic gearbox transmission. Since its racing debut in 2017, the car has won 14 out of 24 races entered. 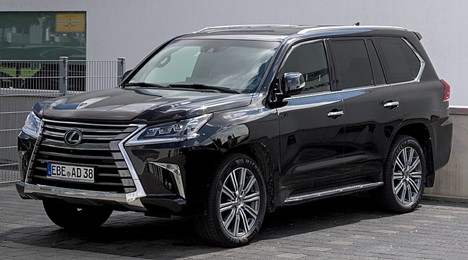 The Lexus LX series began rolling off the lines of the Yoshiwara plant in Japan in 1995. The brand’s most expensive (and largest) luxury SUV is still in production today, though the Lexus LX 570 remains the priciest. Way back in 1995, the 1st-generation LX 450 introduced the world to the Lexus SUV. Today, an LX 570 goes for $101,149.

These 5-door SUVs employ heavy-duty engines to haul their luxury comforts. A 5.7 L twin turbocharged V8 powertrain sits under the hood of this one, ready to tow up to seven passengers to their destination with ease. LX stands for “Luxury Crossover,” after all.

The LX 570 model began in 2008 based on Shinichi Hiranaka’s designs. It’s so powerful, it can tow 8,500 pounds, despite being a luxury passenger SUV. It received a design change in 2012 by Takanori Ito and continued on that track before being replaced in 2021. In some regions, this car is known as the Toyota Land Cruiser. 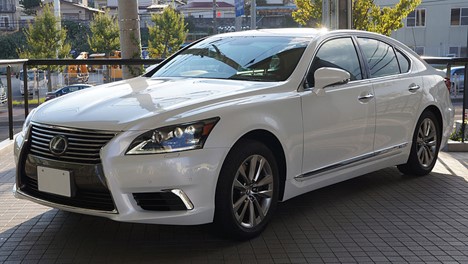 The Lexus LS went into production in August of 2006 and was made until late 2017. However, this full-size luxury sedan had several sub-models which were all-wheel-drive hybrids, including the LS 600h L (with the long wheelbase). It was introduced in 2008 and remains the most expensive in this line as well as one of the most expensive Lexus vehicles ever made, selling for $119,910.

It was powered by a 5.0 L V8 engine (UR series), supplemented with electric motors and a continuously variable transmission. The car has 438 hp behind the wheel, making it one of the sturdiest on this list as well.

The famed designer Yo Hiruta designed this car in 2003-2004, to have it ready for assembly at the Tahara plant in Tahara, Aichi in Japan. 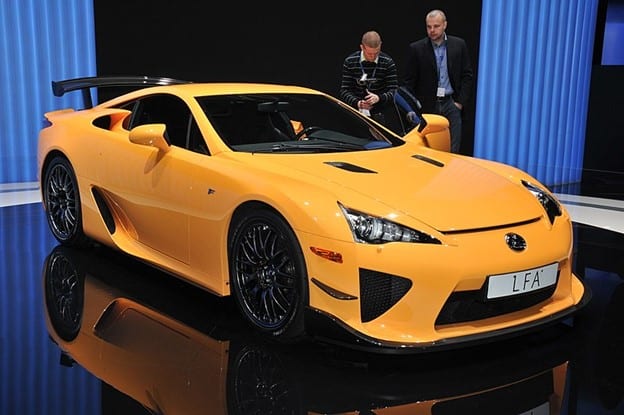 The most expensive Lexus is the LFA Nürburgring. This special edition Lexus went into production in 2010, named after the Nürburgring racetrack in Germany, at which the pre-production LFA won its class in May of the same year. The car was designed to take on the track’s 129-mile loop and therefore had the honed design of an epic supercar.

This meant the ultimate aerodynamic design, as evidenced by a body made from plastic reinforced with carbon fiber. The car’s grip and steering matched its streamlined visual allure, providing extreme performance and luxury, durability and comfort, in one concise package atop four light, forged alloy mesh-style wheels. The car was limited to just 50 examples, making the Lexus LFA Nürburgring, which costs $465,000, the most exclusive and expensive Lexus out there.

The Lexus LFA line was already part of a race-winning progeny, with a prototype setting records at Nordschleife seven years before the Nürburgring. However, the Nürburgring did it one better, setting the fastest recorded time ever for a production car that was also road legal.

The Lexus may only be a 32-year-old sub-brand of Toyota, but they trend the line between performance and luxury so ably that they are now in the top 10 performing brands in Japan, selling vehicles in over 70 countries and territories. It might have been slow going bringing the Lexus to its home country, but today these luxury vehicles can fetch hundreds of thousands of dollars in the most desired make and model.

8 Most Expensive Trucks in the Market Currently