Perfume has been around for a while. A lot of experts point to ancient Egypt as the birthplace of these special fragrances, but researchers have found perfumes on the island of Cyprus from over 4,000 years ago.

Ancient Egyptians did enjoy perfume though, and they reportedly wore a variety of scents: including lilies, roses, cinnamon, and more.

Eventually, perfume became popular in 16th century France, where many upper-class citizens adorned everything from their clothing to their furniture with expensive scents.

Today, perfume is widely accessible at lower prices — but that hasn’t stopped the tradition of expensive scents among the wealthy. From rare fragrances you can’t purchase to expensive bottles sold in department stores, these are the most expensive perfumes.

Most Expensive Perfumes Ever Made 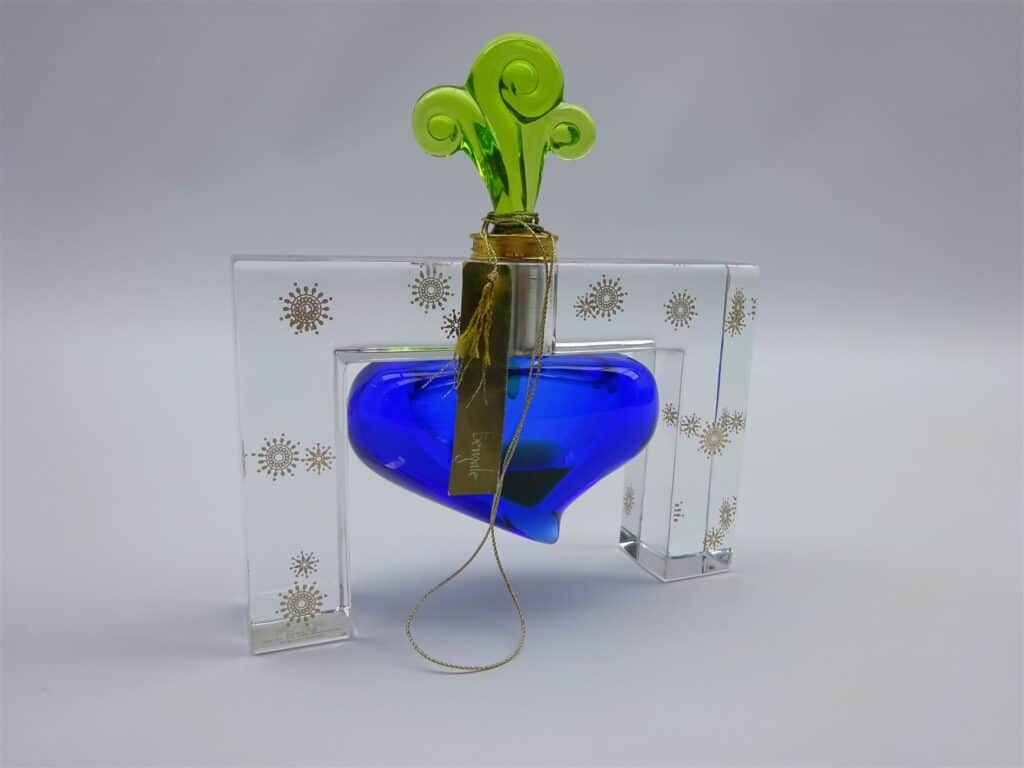 This perfume was part of a limited edition three-part series. The series was released in the late 1990s to celebrate the coming millennium, with the first fragrance coming out in 1997.

Titled “Une Nuit Étoilée au Bengale,” or “A Starry Night in Bengal,” the first release came in a unique bottle that was as much a piece of art as it was a container. The bottle design and perfume were inspired by the palaces of India, with the fragrance including notes of spicy cinnamon and sweet flowers.

Beyond its unique bottle, this perfume is notable for its price. With just 1,500 bottles made, the fragrance went for a costly $400. Incredibly, the final perfume in the series went for even more, at about $600 per bottle.

Perfumer Christine Nagel played a major role in the formulation of this expensive perfume. According to an interview, one of Nagel’s favorite smells is “the scent of asphalt just after…pouring rain.” 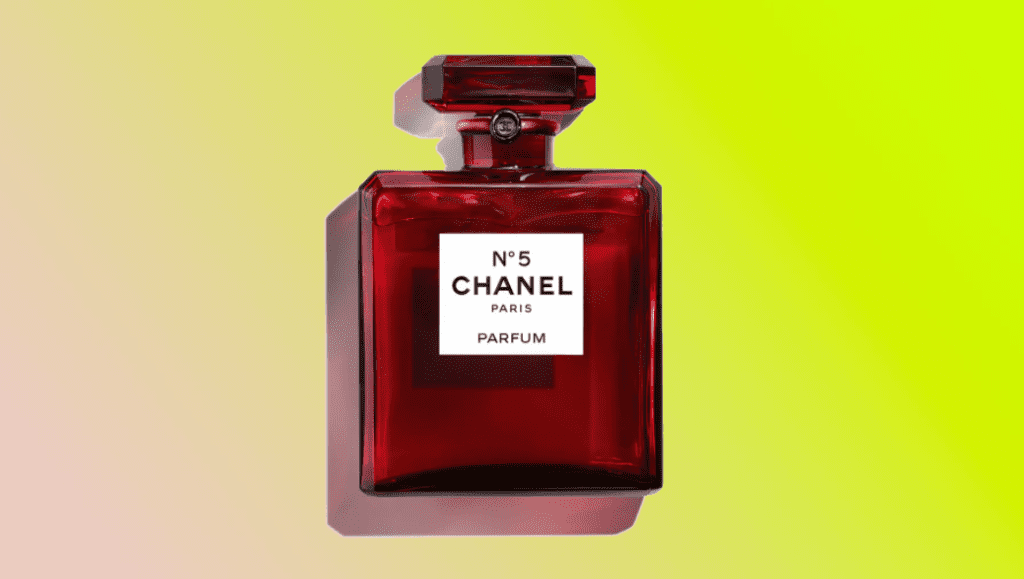 Chanel No. 5 is probably one of the most famous perfumes in the world. The perfume is undeniably part of American pop culture, with endorsements from icons like Marilyn Monroe and appearances on hit TV shows like Gossip Girl.

After its debut in 1921, the fragrance gained a lot of fans — despite its price. Selling for about $80 a bottle, this perfume is pretty expensive. But that didn’t stop Chanel from pushing price tag limits with its special edition of Chanel No. 5: In 2018, the brand released 55 bottles of its commemorative No. 5 in honor of Chanel’s founder. Going for $30,000 each, these bottles cost about as much as a Tesla.

Part of this perfume’s incredible price tag comes from the bottle it’s presented in. Featuring a red hue, the container was made by fusing clear crystal with 24-carat gold powder. 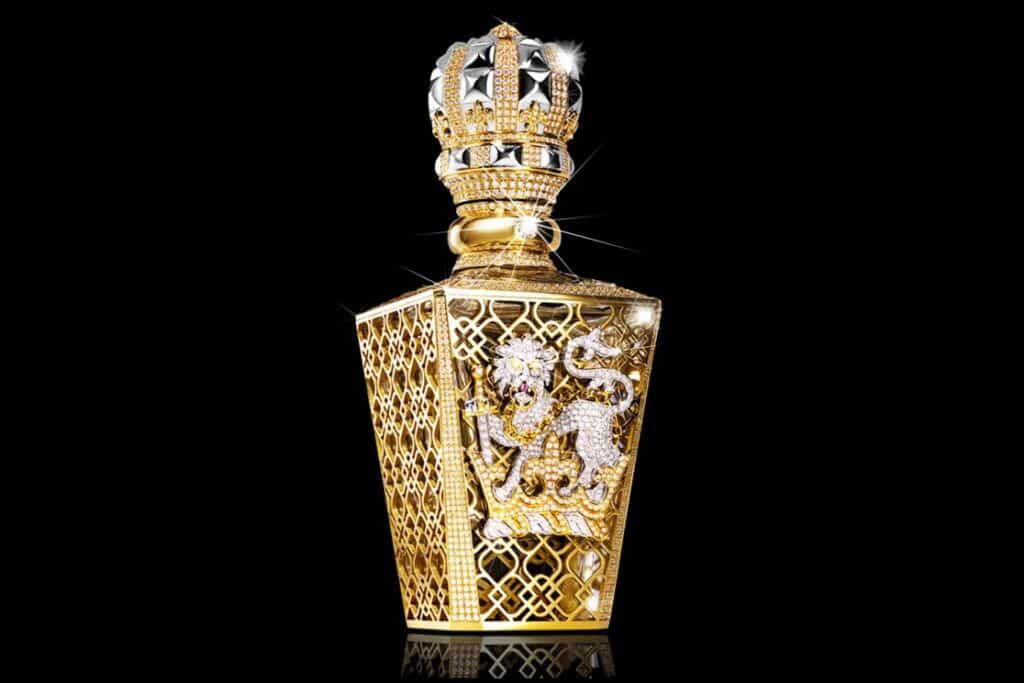 Clive Christian made 2,000 special edition bottles of his No. 1 perfume, a scent featuring hints of cherry and licorice. The limited-edition bottles get their insane price tag thanks to their diamond-encrusted design and 18-carat gold accents.

Selling for $205,000 per bottle, this special release of Christian’s beloved perfume included hand-delivery in a Bently for anyone with enough cash.

Amazingly, non-special editions of this fragrance still go for over $2,000 per bottle.

You might hope for a lifetime supply of perfume at this price range, but Clive Christian’s limited release only offered 30 ml of fragrance per bottle. That’s about one ounce. 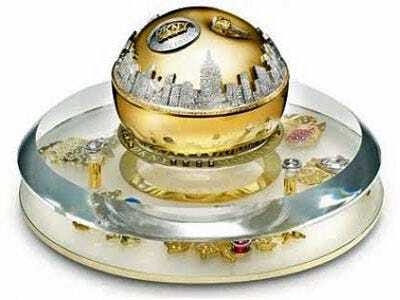 This one million dollar perfume features floral and fruity notes… and a bottle with more than 2,000 jewels. The one-of-a-kind release wasn’t all about luxury though — after completing a world tour, the ultra-expensive perfume was auctioned to benefit Action Against Hunger, an organization working toward food security among impoverished communities.

DKNY’s expensive perfume was made in collaboration with jeweler Martin Katz. The design included a variety of expensive stones shaped to reflect the New York skyline, but bargain-hunters can find $80 versions on DKNY’s website.

This expensive perfume was unveiled with the help of supermodel Chanel Iman, who flew from her 21st birthday party in Jamaica to N.Y.C. just in time for the perfume’s debut. 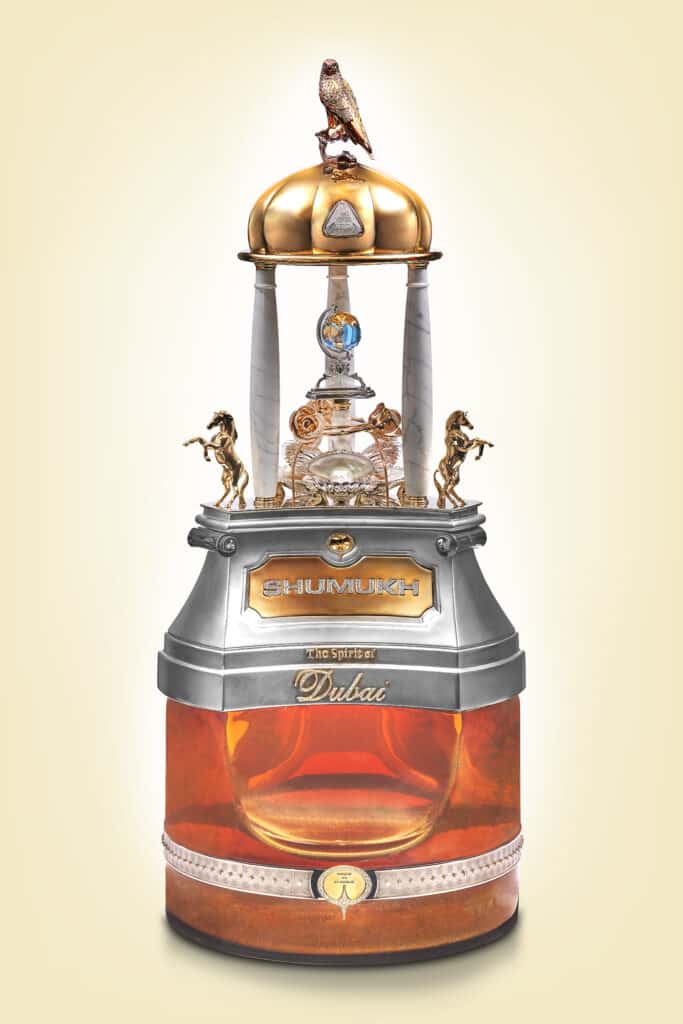 Shumukh is the most expensive perfume ever made.

This incredibly expensive perfume was designed to reflect the “spirit of Dubai.” Featuring over 3,500 diamonds and 18-carat gold details, the perfume gets a big chunk of its price from the staggeringly expensive materials encasing the fragrance.

Interestingly, the entire setup holding this expensive perfume is about six feet tall.

What’s the perfume smell like? According to the company behind the fragrance, the scent includes notes of amber, Turkish rose, sandalwood, and more.

Reportedly, this perfume took over three years and 400 trials to formulate. The manufacturer also says the fragrance should last on the skin for more than 12 hours.

The Most Expensive Perfumes You Can Buy

Price: $330
Unique Feature: Based on a city
Scent: Plum and gardenia
Origin: Sweden 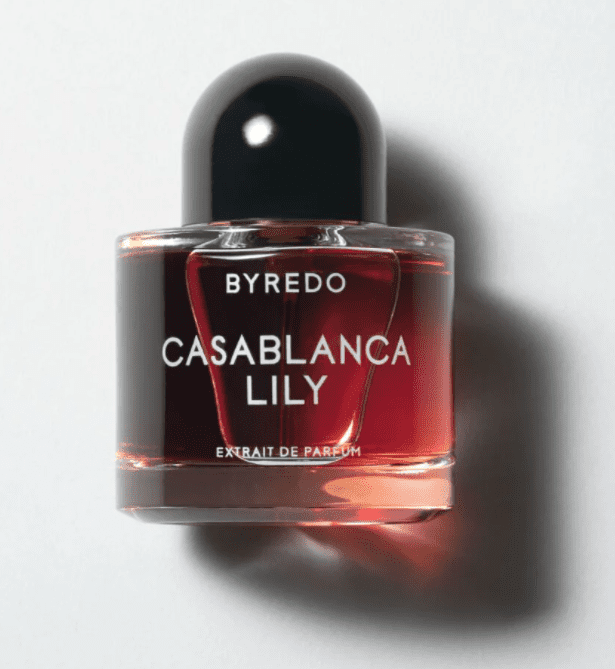 As the name suggests, this perfume was inspired by the atmosphere of Casablanca, Morocco. With a scent featuring plum and gardenia, the fragrance goes for a whopping $330 per bottle. And like other perfumes on this list, the bottles hold just slightly more than an ounce of perfume.

So is the price worth it? Well, according to one review, “Casablanca Lily…doesn’t amount to very much.”

Still, if you wanted to purchase this expensive perfume, the seller says to expect a scent that reflects the “vibrant kaleidoscope” of life in Casablanca.

This perfume was made by Byredo, a luxury brand based in Sweden. The company was founded in 2006 by Ben Gordon. Today, Byredo products sell in about 40 countries worldwide. 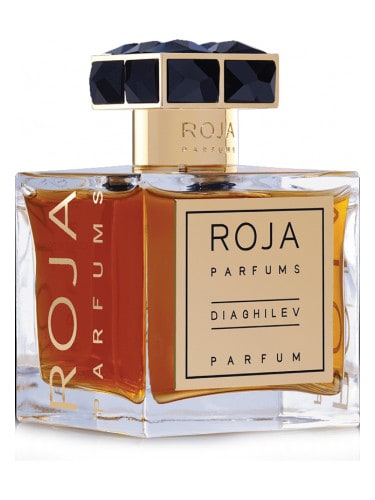 If you’re looking for a perfume that includes hints of civet musk, this is the fragrance for you. Created by Roja Dove, the scent is described as woody and fruity — and it sells for over $800.

Just want a sample of this expensive perfume? Be ready to spend $18 for only 0.7 ml.

The brand behind this perfume, Roja Dove, was launched in 2011 and manufactures its fragrances in England. According to a report, the brand roots its perfumes in “memories of love.”

Roja Dove is a big player in the world of luxury perfume. In fact, the founder of the brand was recognized as Ambassador for the GREAT Britain Campaign, a marketing effort by the U.K. government that operated in 145 countries. 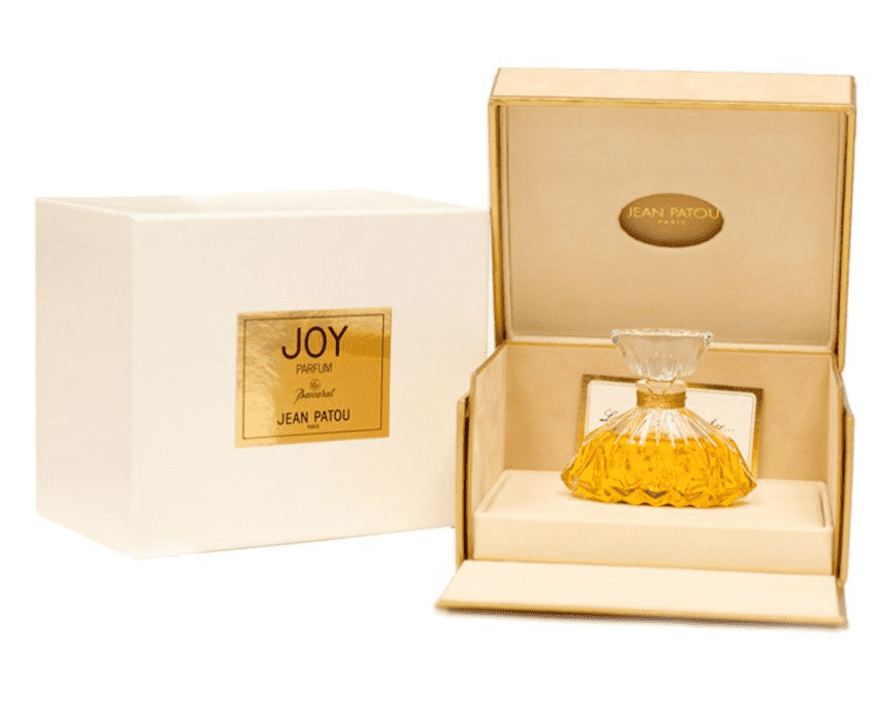 Made in Paris, France, this expensive perfume features floral notes and sells for an incredible $1,500 per bottle. While the fragrance can technically be purchased by anyone, you’ll have a hard time finding a bottle. Only 50 are made per year, and buyers have to receive “brand approval” before completing the purchase.

The scent is designed using flowers picked from the brand’s private flower fields, with experts describing the final fragrance as a “masterpiece in simplicity.”

Patou, the company behind this expensive perfume, has been operating since 1914 when Jean Patou founded the luxury brand. Interestingly, Patou was the first designer to use his initials as the brand’s logo.

Reportedly, 10,600 flowers are required to produce this elite fragrance. 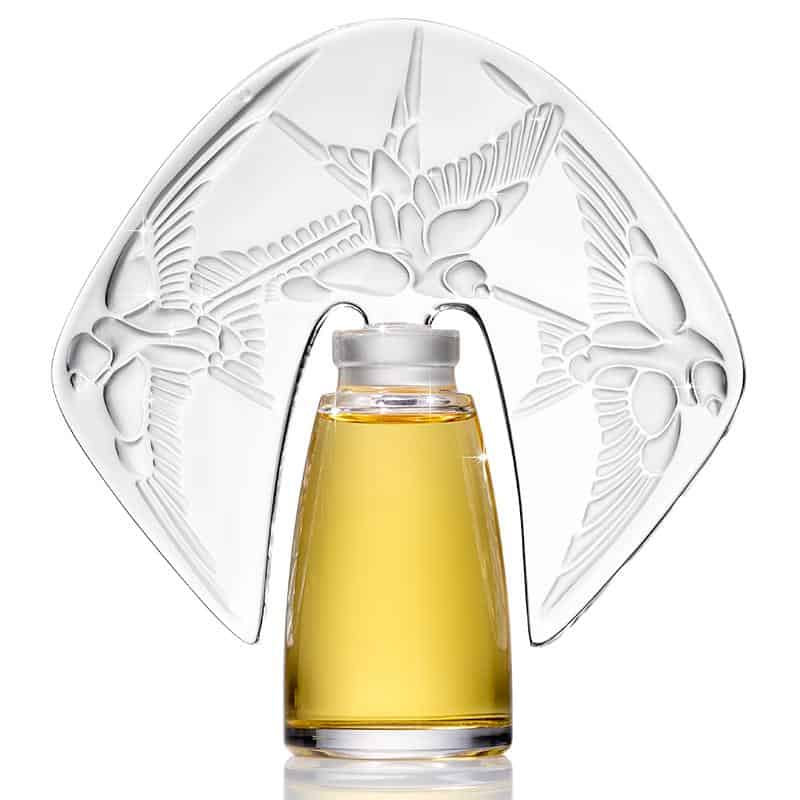 This perfume includes a unique, sculptural bottle with an abstract bird design and solid crystal. Incredibly, the scent goes for about $3,000. And yes, buyers only get one ounce of perfume for that price.

Why’s it so expensive? Part of the price comes from the crystal bottle, but a lot of the cost comes down to the scent’s ingredients and creation process. Using roses from Rose Valley in Bulgaria, the perfume is made in France and “infused with the essence of luxury.”

Rose Valley, the flower source for this perfume, has a few geographic factors that make for an ideal flower-growing environment. First, the area doesn’t get very cold — with lows of about 50 degrees Fahrenheit. Second, the area has high humidity, reportedly helping the flowers thrive. 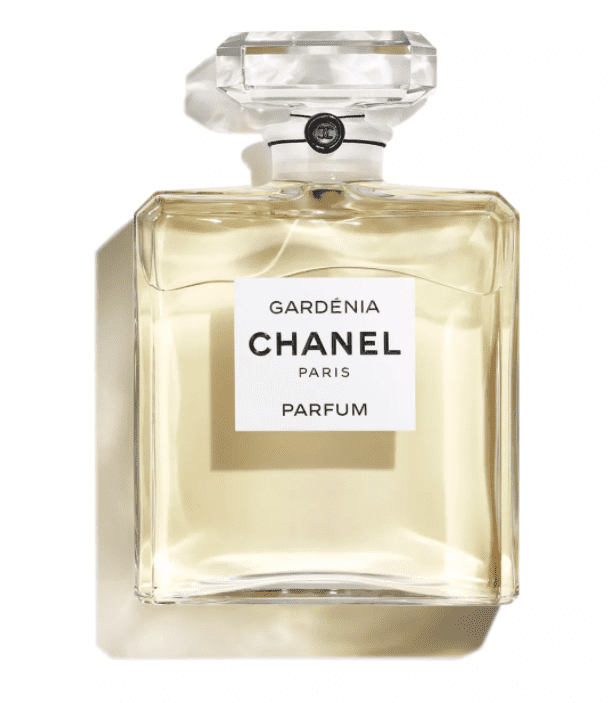 Gardenia by Chanel is the most expensive perfume you can buy.

Fetching an incredible $3,800 per bottle, this perfume from Chanel is made in France and features notes of gardenia. Part of the price tag comes from the diamond-cut bottle, which Chanel says is a collectible item for “fragrance connoisseurs.”

The high-concentration perfume is protected with a wax stamp that seals the bottle while the eye-catching Chanel label is set against the glass. Interestingly, the bottle included 30 ounces of perfume, much more than some other luxury fragrances.

This perfume was designed as a homage to the camellia flower, a favorite of Coco Chanel’s (founder of the brand).