Movie stars and literal royalty need to be kept in their lofty status by the most coveted, luxurious, designer threads. Their image would be nothing, not in vogue, not chic, not couture, except for the fabulous clothing brands that invented those words, made them count, and tagged the pictures that matter of the stars that shine in the outfits they made for them. 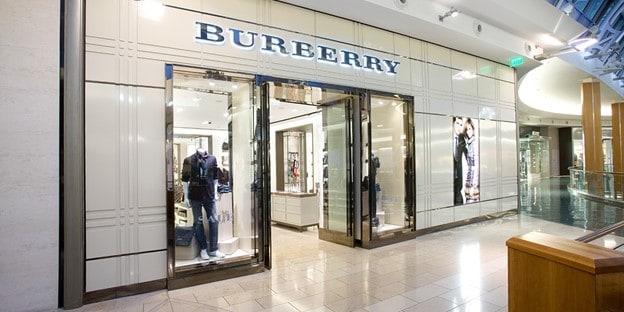 Burberry kicks off this list out of the United Kingdom, a company worth almost $11.5 billion and also nearly the oldest one here too, being founded in 1856. Believe it or not, there’s a company even older down below.

Thomas Burberry’s label is so high-quality that it has earned a Royal Warrant as the outfitter for the royal family. Burberry sells across England, Europe, and has a strong presence in Asia where its designer trench coats and tartan patterns are especially coveted.

Burberry’s claim to fame throughout the 20th century was the wardrobe of tiny-faced movie starlet, Audrey Hepburn. One particular double-breasted trench coat of hers sold in 2017 for nearly $95,000. 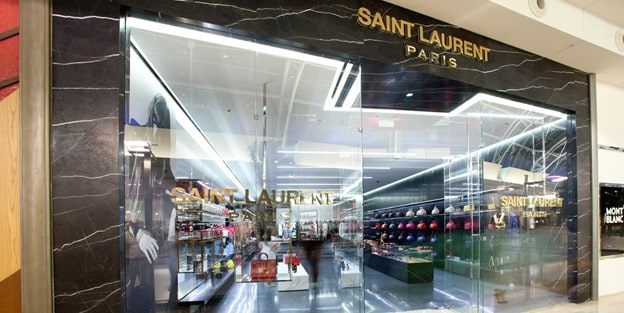 Yves Saint Laurent starts this list on a long line of luxury French designers that make up a lot of the world’s most expensive clothing brands. The brand was founded by the eponymous Yves and Pierre Berge in 1961.

If you’ve ever seen camouflage patterns or trapeze dresses, you’re looking at the Yves Saint Laurent design signature. They made a Sunflower jacket that plays as a tribute to the painter, Van Gogh, that sells for $382,000. Production was limited to 4 examples.

Yves Saint Laurent made its name in women’s fashion. They didn’t open their first men’s store until 2013 in San Francisco. Yves Saint Laurent boutiques can be found around the world in Barcelona, Cannes, Moscow, Rome, Beirut, Berlin, Mote Carlo, Prague, and many more. 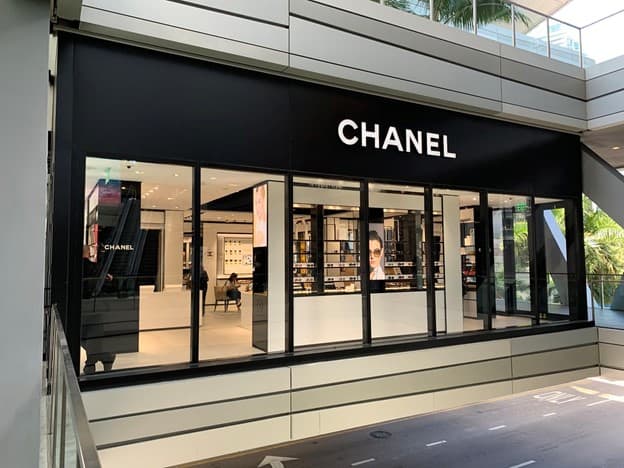 Straight out of France (Neuilly-sur-Seine, to be exact), this 112-year-old company is synonymous with high fashion, the haute couture, and above all, perfume. Chanel, named for its fashion designer founder, Gabrielle Bonheur Chanel, better known as Coco, created the pop-feminine fashion standard that persists to this day.

Chanel is the name in fashion for women, by women, from blouses and jewelry and suits and trousers to those coveted fragrances. However, male models have been sponsors for the brand as well. The company, which sells some of the world’s most expensive clothing, is currently owned by the grandsons of Pierre Wertheimer, Coco’s former business partner.

The many models that have sponsored Chanel fashion include Marilyn Monroe, Margot Robbie, Keira Knightly, Kristen Stewart, and more. 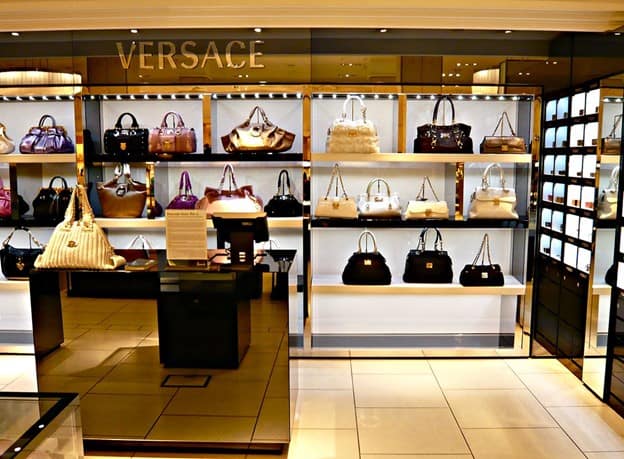 Versace has only been around since 1978, but this Italian clothing brand is as expensive as it is innovative. It’s famous for its founder’s eccentric tastes – Gianni Versace was known for using unique materials to build clothes. Metal mesh and rhinestones, for example, are staples of the brand.

Its most famous creations have been dresses and jackets worn by fabulous female glamor models and stars. Versace can claim Elizabeth Taylor, Princess Dianna, Jennifer Lopez, and others as test subjects for its most luxurious creations.

This $1.91 billion company has come up with some truly dazzling designs over the years. One of most famous was Elizabeth Taylor’s “The Face” jacket, which was covered in a rhinestone mosaic of the star/model’s face. In 2011, it sold at auction for $128,500. 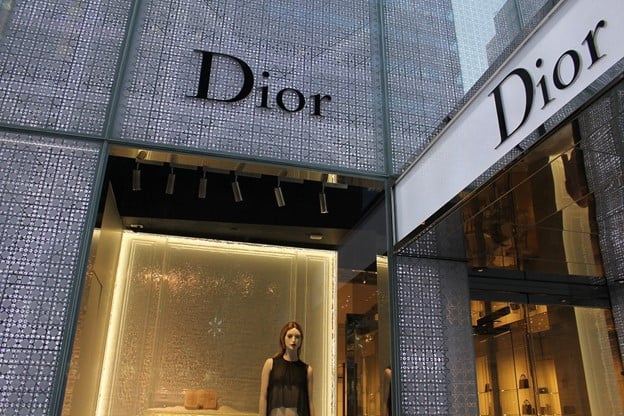 The French luxury designer Dior, by Christian Dior, is one of the most recognizable luxury clothing brands on earth, as well as one of the most high-valued, with a company net worth of over $68 billion. Their clothing and accessories for women have been highlights for fashion magazines and gossip columns since their founding in 1946.

Some of their most expensive accoutrements include an Haute Couture chartreuse gown that cost $2 million and a brocade evening gown encrusted with silver (and a matching handbag), valued at $362,500. The former was worn by Nicole Kidman to the Academy Awards in 1997. The latter was Elizabeth Taylor’s, sold in 2011 at auction.

Charlize Theron and Natalie Portman are famous Dior sponsors. The brand is most well-known for women’s clothing and Dior Beauty products, including the world’s most high-end fragrances. But they also have a male clothing line (Dior Homme) and Baby Dior for celebrity children. Jackie Kennedy was a famous Dior patron. 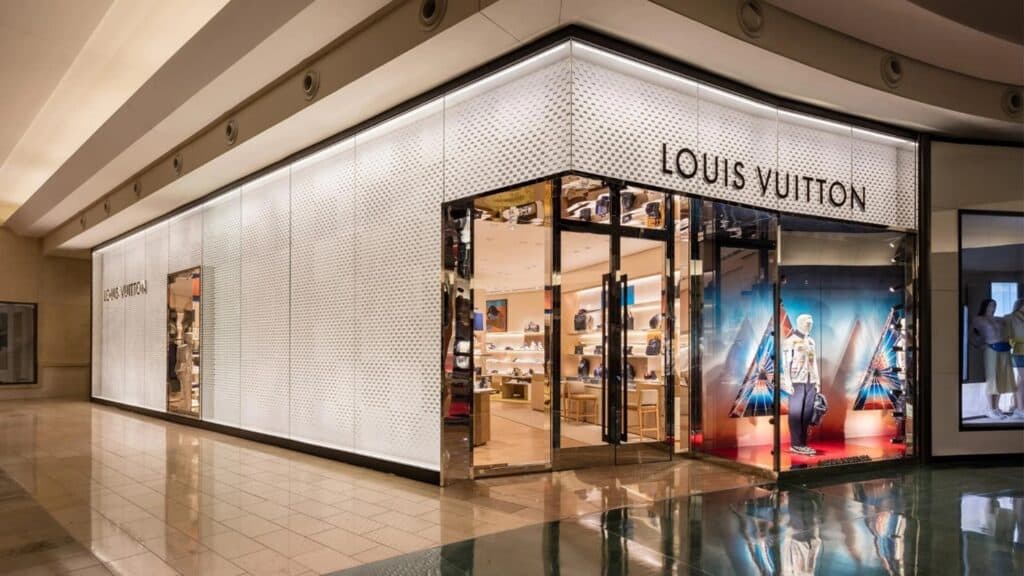 Louis Vuitton’s eponymous clothing brand is known for luxury. The most expensive clothing brand in France is famous most of all for luxury handbags, including leather bags and luggage, but also sells designer “ready-to-wear” clothes (clothes that aren’t personally fitted, or what most of all call “clothes”), fur coats, shoes, belts, and fragrances.

Louis Vuitton, sometimes abbreviated as Louis V or LV as a reference to their iconic logo, offers personalized bags and clothes at outrageous prices in their European boutiques, sometimes for $10,000 each. Their net worth of $130 billion also makes them the most valuable company on this list.

Louis Vuitton is known for its high-class celebrity ad endorsements with some of its most famous patrons. These include Madonna, Emma Stone, and the always well-dressed Kanye West. 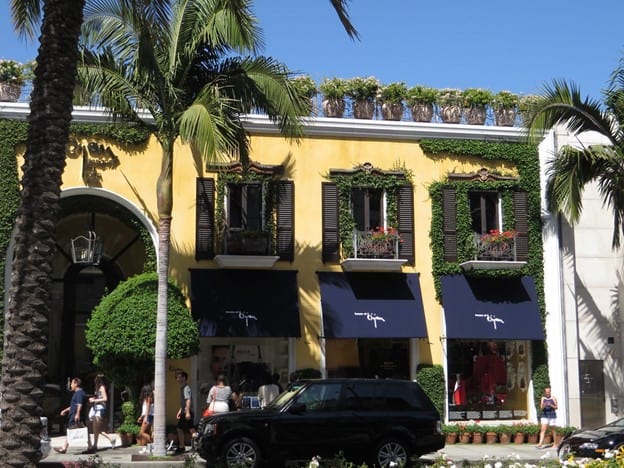 Out of Iran, the luxury bespoke suit brand (it just means that they’re custom created for one patron) called House of Bijan is one of the most expensive in the world. They use ultra-lightweight fabric to custom design their suits for the world’s classiest buyers, including Arnold Schwarzenegger and Barack Obama.

They’re also known for jackets, ties, belts, shoes, and fragrances. Their boutique in Beverly Hills is one of the most exclusive on earth, earning the title of “The World’s Most Expensive Store” by Huffpost. It’s no wonder – some of their single items cost hundreds of thousands of dollars.

Since Bijan Pakzad immigrated to Los Angeles from Iran, he wanted to introduce the world to his idea of luxury clothing. The store is adorned with excessive luxuries, including the Botero painting, The Rich, valued at over $7 million. Since the 1980s, every American president has worn House of Bijan suits, with the exception of Donald Trump. Hilariously, another famous wearer of House of Bijan suits is none other than Giorgio Armani – that’s how you know they’re luxurious. 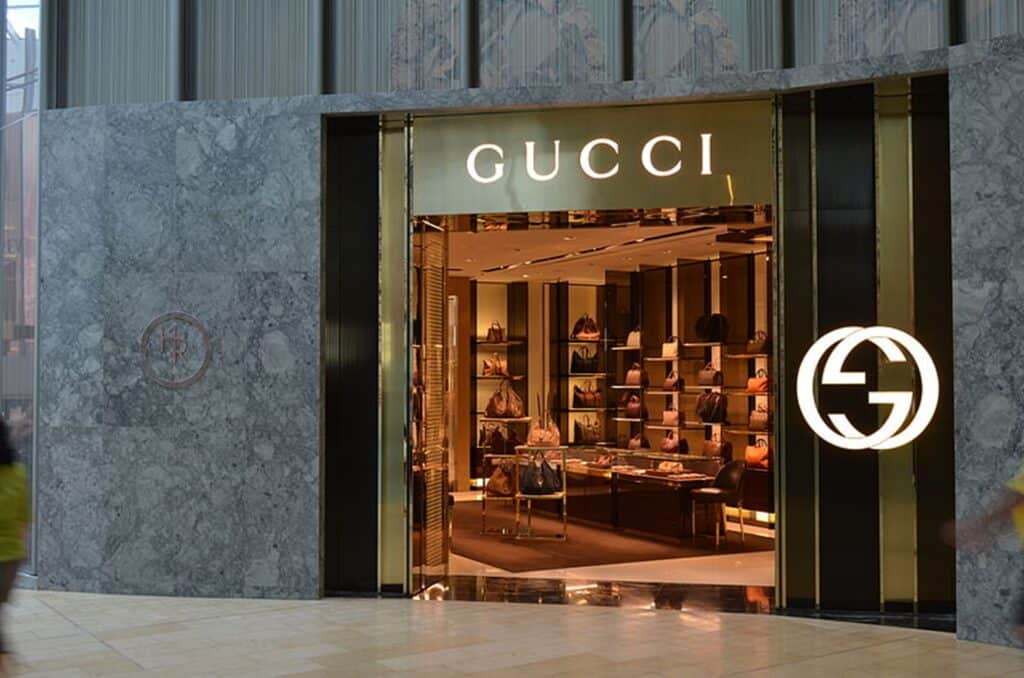 The most expensive clothing brand is Gucci. The Italy-based fashion designer celebrates its 100th anniversary this year, being founded in Florence, Tuscany by Guccio Gucci in 1921. It now has 487 locations around the world and a net worth of around $15 billion.

Some of their most outrageously expensive clothing items include a Stuart Hughes Belt that costs $250,000, a belt studded with diamonds that also costs $250,000, and a pair of earrings made of rock crystal and 18K gold that cost $74,500. In addition to male and female formal wear, Gucci is famous for watches, lingerie, jewelry, eyewear, and even luxury baby clothes. It’s also famous for the recent Ridley Scott film, House of Gucci.

Kanye West and Beyonce are both famous patrons of Gucci’s luxury clothes. The famous gold sequin dress worn by Beyonce was a Gucci and cost $12,900. West’s Grammy Special Edition Watch was also by Gucci and cost $7,900. Rihanna and Harry Styles can also be seen frequently sporting the Gucci brand.