Humans have always used shelters to protect themselves from the outdoors, but the idea of building a house and staying there for a while didn’t take root until about 10,000 years ago.

At that time, people were getting good at farming — which meant they didn’t have to roam the land in search of food. That let them make more permanent shelters, setting humans on course for the houses we live in today.

With prices rising, it’s no surprise that the world has seen some insanely expensive homes. Here are the top 10 most expensive houses ever sold. 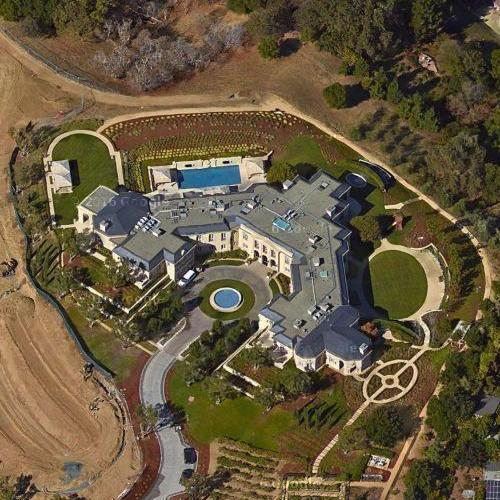 It’s not clear how many bedrooms this massive house has, but with 25,000 square feet of living space, there are probably quite a few.

The mansion is owned by Yuri Milner, a Russian-Israeli investor and entrepreneur worth nearly $5 billion as of late 2021.

Beyond all that living space, the mansion comes with 11 acres of manicured lawns complete with classical architecture and panoramic views of the San Francisco Bay.

This huge home cost over $70 million, so where did the buyer get all that money? Yuri made a big chunk of his cash from an early investment in Facebook and later investments in successful companies like Spotify. 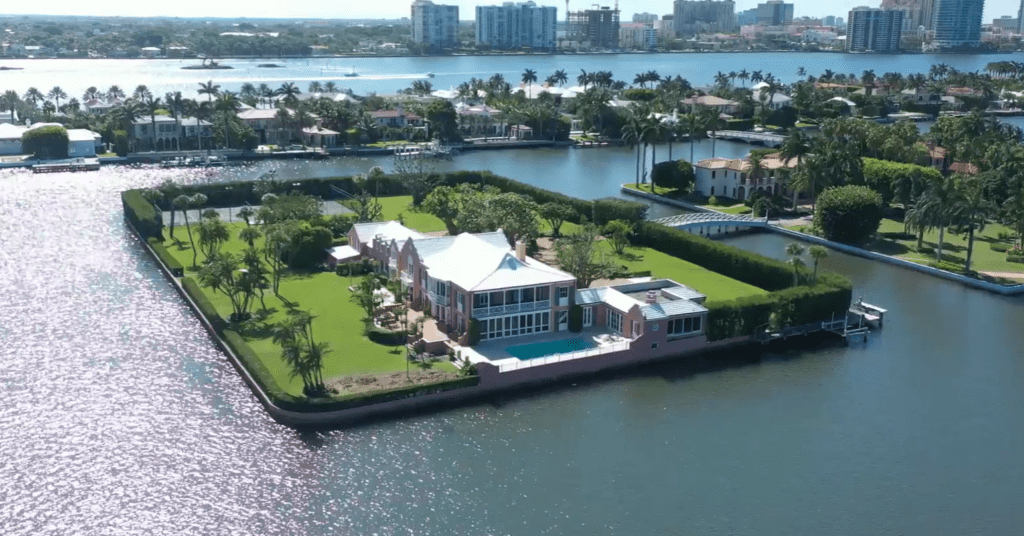 Florida has experienced some crazy spikes in housing costs over the years, and this private island home is a great example. The 9,700 square foot house sits on a 2.5-acre island with views of Palm Beach. In July 2021, the property was purchased for a staggering $85 million, but about 60 days later, the house was relisted with a price tag of $120 million.

So what does this extremely expensive house offer? The huge mansion has five bedrooms, nine bathrooms, and a tennis court. Oh, and there’s a pool in case you don’t want to swim in the ocean.

Reportedly, this home’s buyer took out a $50 million mortgage and put down $35 million in cash. 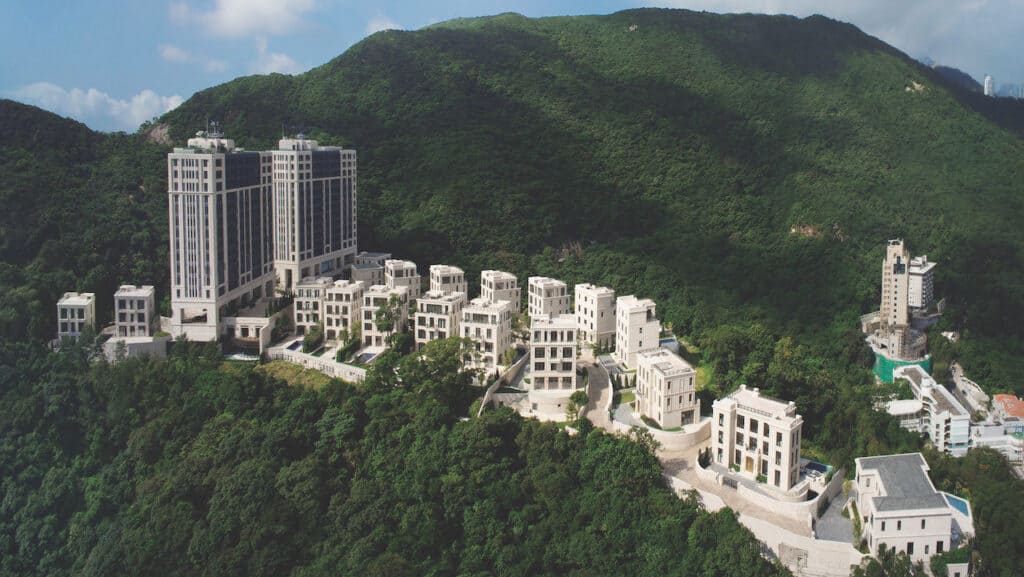 House No. 16 is part of an ultra-expensive mountain-top community in Hong Kong. Surprisingly, the house only has four bedrooms and at least one bathroom despite the very high price tag.

Beyond nearly 8,000 square feet of living space, the property offers a 5,000+ square foot garden and yard, a private swimming pool, and a private carport.

All that privacy is definitely a luxury in Hong Kong. As the 8th most densely populated city in the world, Hong Kong crams more than 68,000 people in each square mile — so quiet space away from the city gets very pricey. 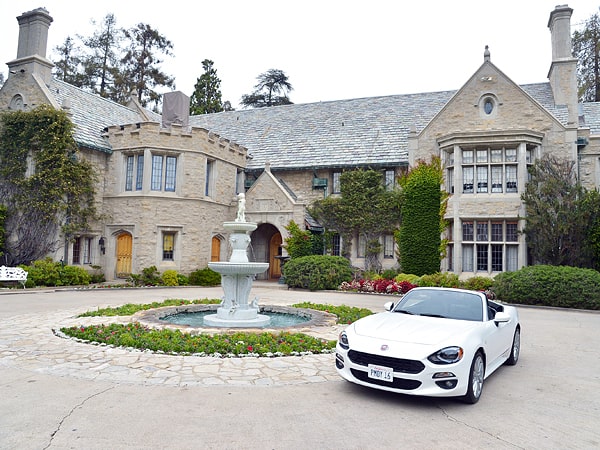 The Playboy Mansion is probably one of the most iconic expensive homes in the world. The 20,000+ square foot mega-home features 29 bedrooms and over  20 bathrooms — and it sold for a whopping $100 million.

The massive house sits on a five-acre estate and includes a gym, a private theater, and a tennis court. Incredibly, the house only cost about $1 million when Hugh Hefner purchased it in 1971.

You probably don’t expect the previous owner to stick around when you buy a house, but Hugh Hefner was allowed to stay in this massive mansion until he died. At the time of the sale, Hugh was 90. He died shortly after at the age of 91, allowing the buyer to move in. 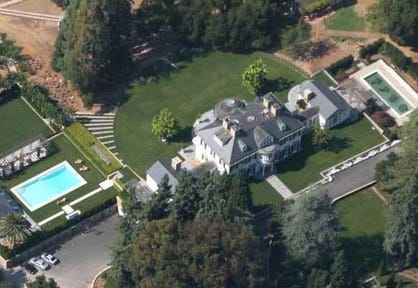 Silicon Valley is an expensive place to live. The region of California known for its big-name tech companies had a median home price tag of $1.4 million in 2021, but people are still moving there.

Since this house was so expensive, there was quite a bit of secrecy surrounding who bought it and what the home includes. While there aren’t reliable reports on how many bedrooms and bathrooms the mansion offers, it’s safe to say the owners have plenty of living space. 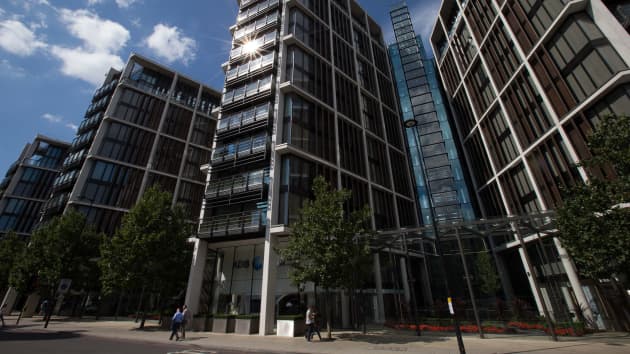 This penthouse sits in a luxury high-rise in London called One Hyde Park. The exclusive building houses Penthouse B, a massive, three-level home with 18,000 square feet of living space and five bedrooms.

Beyond the luxury apartments, One Hyde Park is home to the largest Rolex store in Europe and sits next to a McLaren dealership. So yeah, this place is expensive.

Penthouse B in London used a “whisper listing.” This is a type of under-the-radar home listing that gives the seller and buyer more privacy while creating a sense of exclusivity — which could increase the final price. 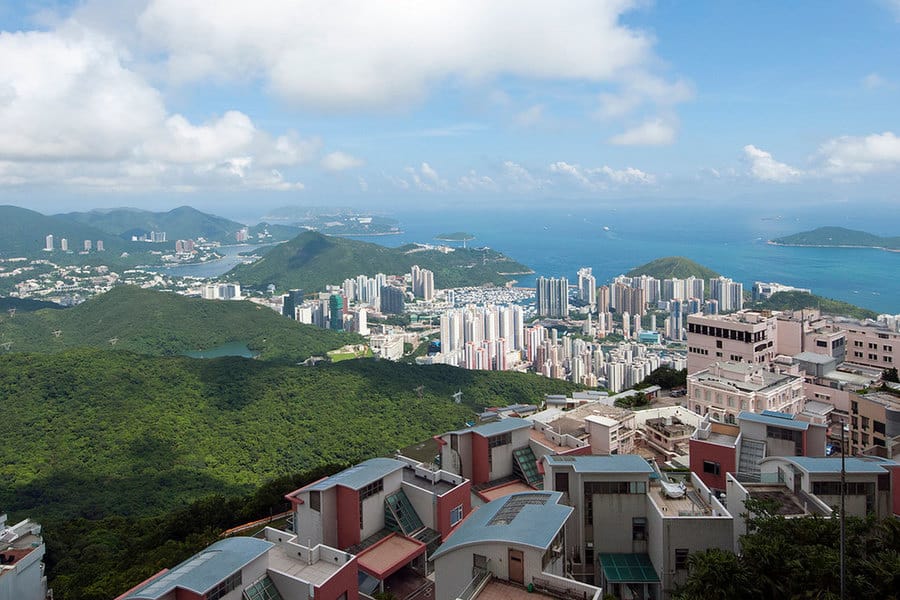 This is another mansion with some secrets only the owners know. There isn’t info on the number of bedrooms and bathrooms, but the insanely expensive house does have more than 9,000 square feet of living space, so there are probably a lot.

Selling for $270 million, the large house broke Hong Kong’s record for the most expensive house ever sold by about $78 million.

The mansion was purchased by Hongtian Chen, a real estate tycoon and businessman working for Cheung Kei Group of Shenzhen.

Although very little is known about this expensive house, reports say it’s located at 15 Gough Hill Road on The Peak — one of the most expensive places in Hong Kong. 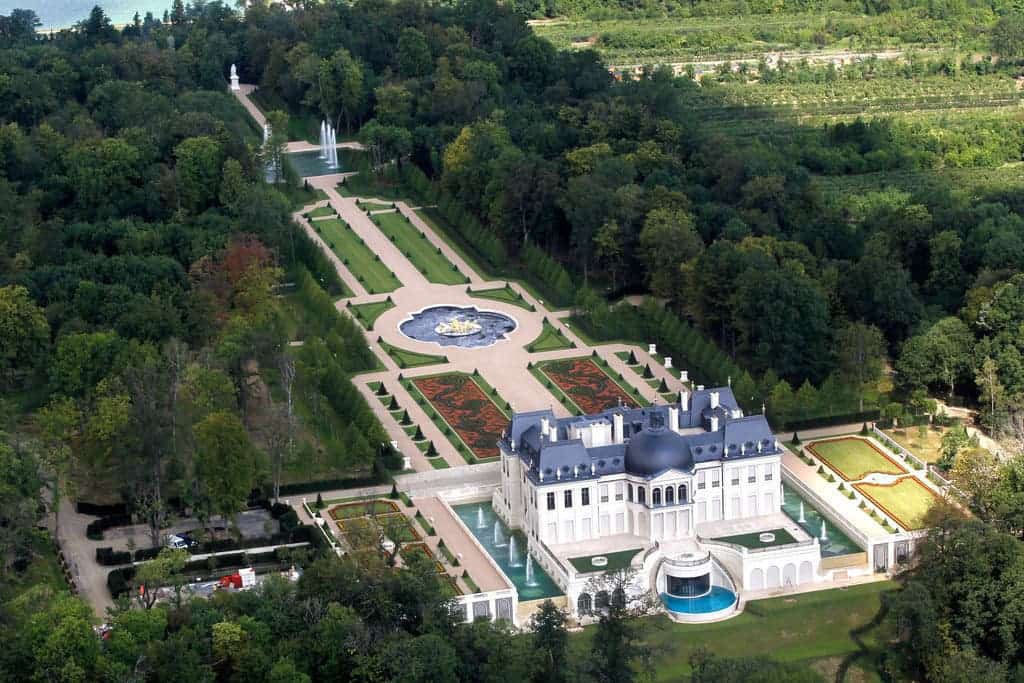 At 50,000 square feet, this is easily the biggest house on this list. The massive mansion has 10 sprawling bedrooms sitting on 57 acres of the French countryside.

The home was purchased by a prince from the House of Saud. The House of Saud is the royal family of Saudi Arabia — and they have a combined net worth of more than $1 trillion.

Although the Chateau has a 17th-century look, the structure was actually built in the 21st century. That means the home has modern amenities like a private movie theater and older touches like a real, fish-filled moat.

This Saudi prince isn’t new to big purchases. In 2017, the ultra-wealthy royal purchased a painting for $450 million. 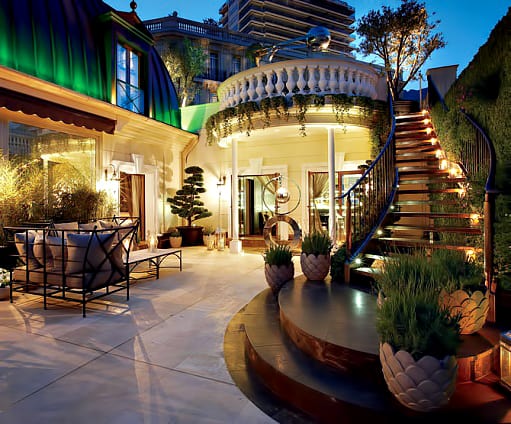 With just three bedrooms and six bathrooms, you might not expect this house to be very expensive. But incredibly, the Monaco penthouse went for a jaw-dropping $308 million.

And what did the buyers get? Beyond more than 17,000 square feet of living space, the penthouse offered Baccarat chandeliers, handmade luxury mirrors, and appliances from the high-end brand Gaggenau.

This house was purchased by two brothers, Christian and Nick Candy. The Candy brothers are real estate developers working in London and the U.S. where they’ve built a variety of high-end apartments. 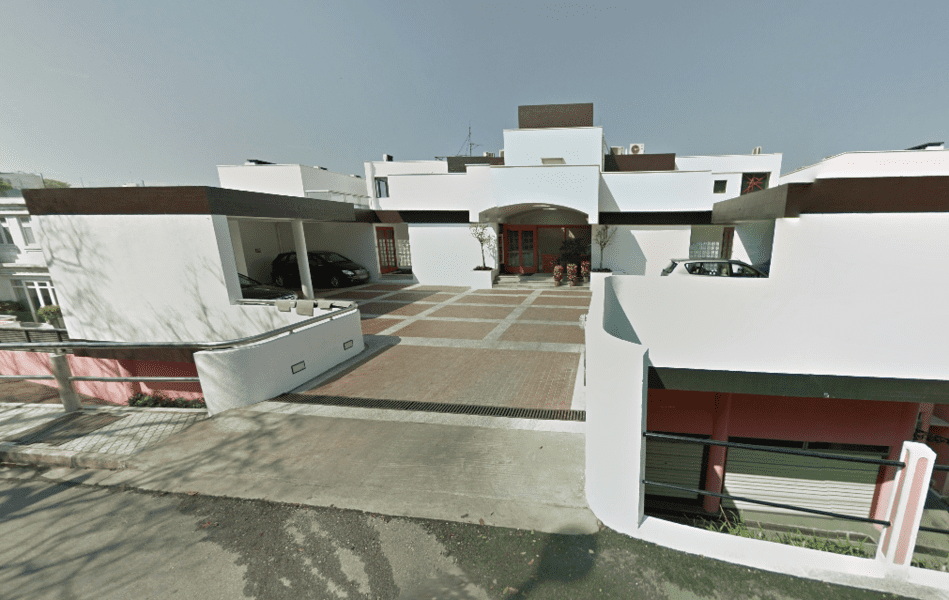 Yeung Kin-man’s House is the most expensive ever sold at $361 million!

This house is unique for a few reasons. First, the building features more than 25,000 square feet of living space. Second, the home sold for an insane $361 million. And third, the building was originally an apartment complex — but the buyer is turning it into a private house. That means there isn’t any info on just how many bedrooms and bathrooms the building has, but there will definitely be a lot after the renovations are done.

How could anyone afford this place? The building’s buyer, Yeung Kin-man, made billions by founding a company that makes touch screens for Apple.