The most expensive food items in the world combine rarity with luxury preparations, coveted by chefs and herbalists around the world. Some of these foods come from animals that are critically endangered. Others are exclusive foods found only in certain regions at delicate times of year.

As a result, they cost hundreds or even thousands of dollars per pound to acquire. Here is our list of the 8 most expensive foods in the world. 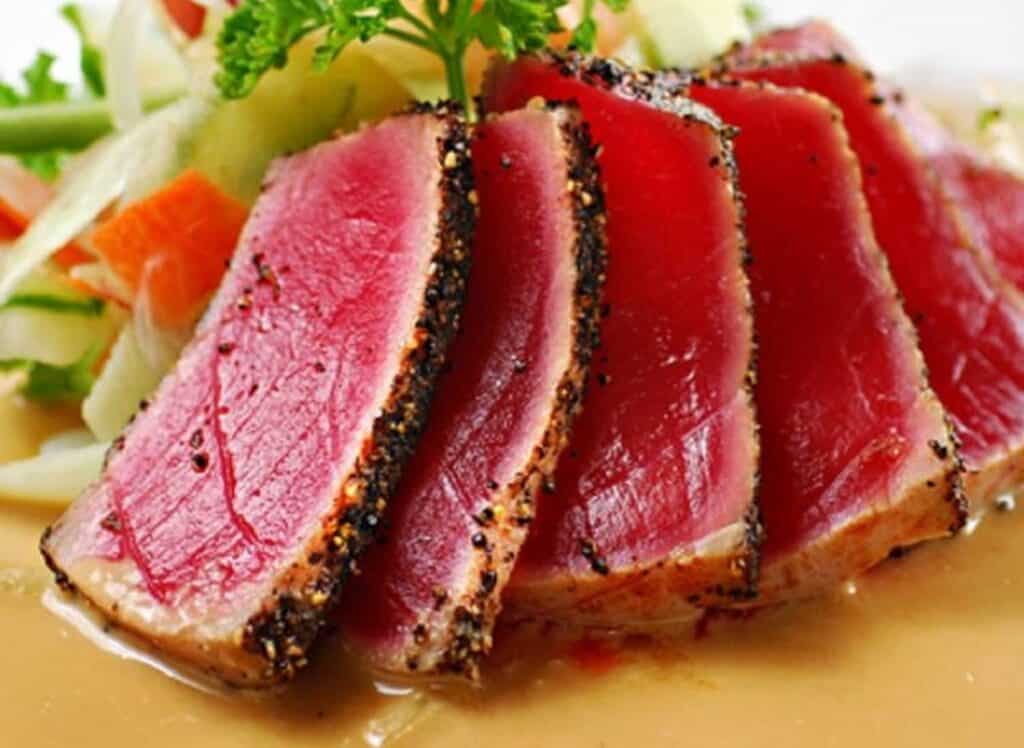 Since the 1950s, bluefin tuna has been the height of luxury seafood. This was so evident that the tuna would continue to become scarcer over the course of decades until it became endangered. Today, the tuna is valued so high per pound because of its rarity. Bluefin tuna are now at 4% of their original numbers and may become extinct.

To try some now, most commonly in the most prestigious sashimi preparations, you will have to pay around $200 per pound.

One of the reasons the bluefin tuna is on this list is a staggering recent sale of a bluefin tuna in 2019. With numbers decreasing, a perfect, giant tuna like the one that went up for auction, which weighed 600 pounds, is a once in a lifetime chance. The Japanese fish market made history when the fish, which weighs about the same as a large bear, sold for $3 million, or the equivalent of $5,000 per pound. 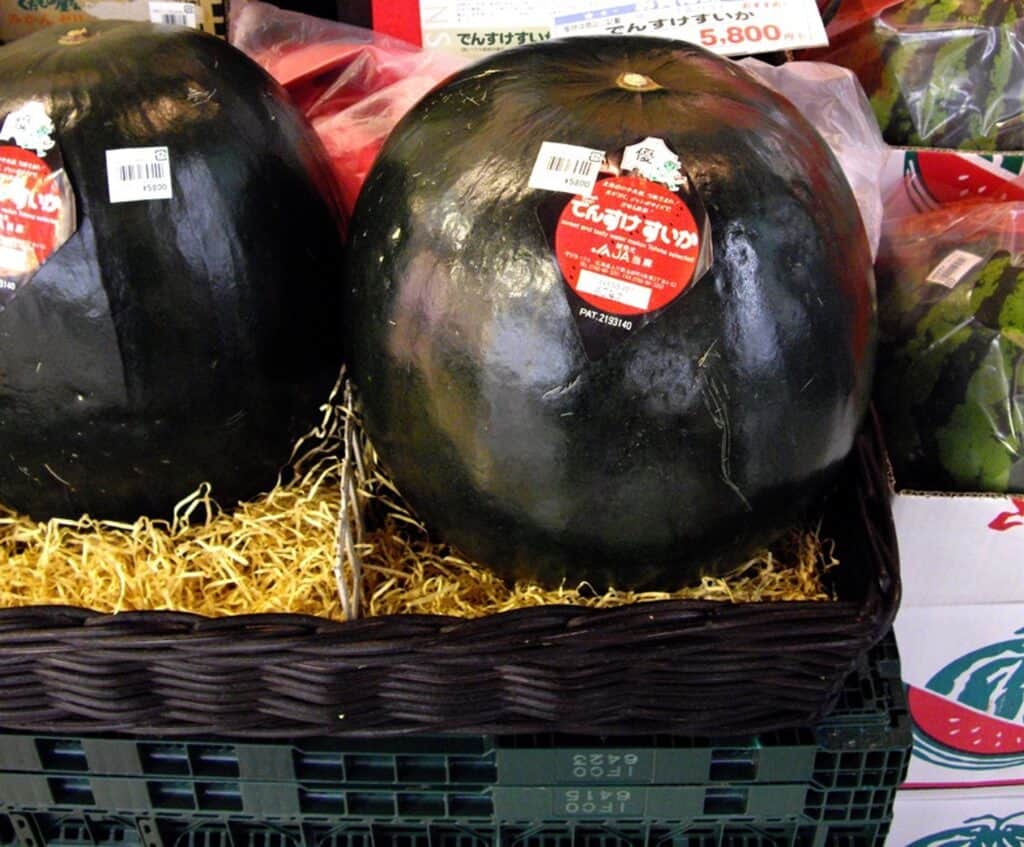 Densuke watermelons are unique melons grown in Hokaido and other islands in Northern Japan. They usually max out at 8 pounds and sell for a few hundred dollars, which already makes them expensive fruit. But the larger they are, the more craft is required to cultivate them, leading to some of them commanding incredible prices.

The melons are notable for their thick, dark green or black skin, crunchy, sweeter-than-watermelon taste, and sparse seeds. One Densuke melon, weighing nearly 17 pounds, sold in 2008 for $6,100, making it likely the most expensive melon in history.

Melons are commonly given as luxury gifts in Japan, so the new owner of the most expensive Densuke melon likely bought it to be given away. 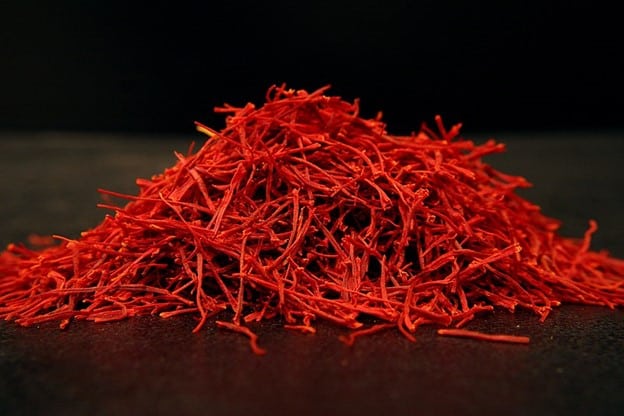 Saffron from Iran or Afghanistan is well-known as the world’s most expensive spice. Super Negin-grade is the rarest trim of saffron, which contains the longest, most aromatic threads, no pieces or crumbs, symmetrical size, and no orange or yellow threads, which are less potent. All Super Negin grade saffron is rated 10/10 or A+ on the flavor and aroma grading scales.

This saffron, sometimes referred to as Persian saffron in comparison to Indian or Spanish varieties, is the most expensive, costing $999.99 per pound or more.

Saffron isn’t just appreciated for its vibrant red color. It is the primary spice used in many fragrant seafood dishes such as risottos and the Spanish seafood masterpiece platter, paella. Saffron, thyme, and garlic are also the building blocks of many fantastic fish marinades. 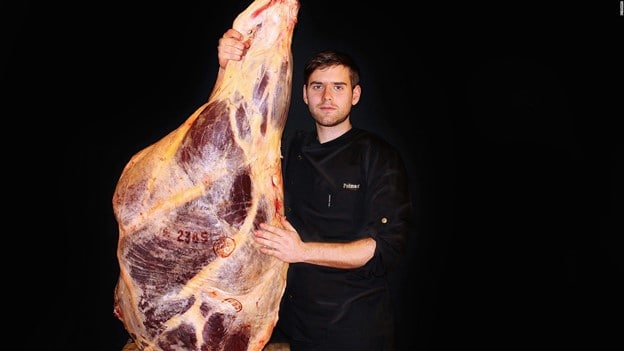 The world’s most expensive beef is steak farmed in France by the family-run butchers of Alexandre Polmard. Steak from this farm is shipped around the world to the most exclusive restaurants, including the Caprice restaurant in Hong Kong, one of the greatest in the world. Polmard cote de boeuf sells for upwards of $1,454 per pound.

In Saint-Mihiel, Polmard religiously controls the stress levels and diet of the cows to preserve the texture of the steak. Once the steak is in the freezer, it is placed beneath 45-degree, 47-mph air and then aged for 15 years.

The best way to enjoy the Polmard cote de boeuf may be at Chef Guy Savoy’s restaurant in Paris, where he prepares both a chuck-steak carpaccio and a seared chuck steak meal from Polmard beef. These dishes are served with braising jus, fried spring onions, oven-roasted carrots, and more. 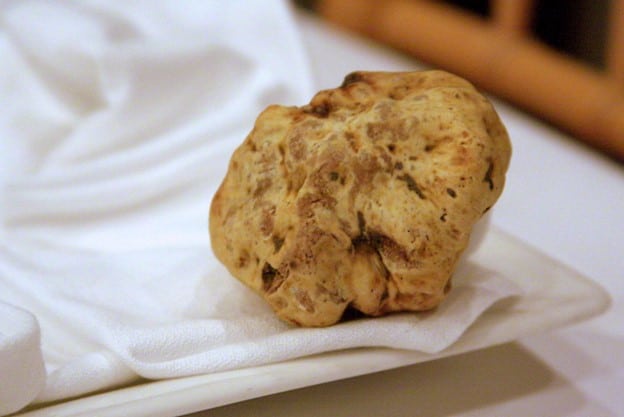 Tuber Magnatum or Italian white truffles are the most expensive truffles you can buy, which are currently farmed primarily by Urbani and sell for ridiculous prices, up to $1,581.67. This is actually a bargain when you consider that they cost $211.64 per ounce. These tubers typically grow beneath hardwood trees in Italy, particularly in northern areas like Langhe and Montferrat in the Piedmont regions. They can be harvested from September to January, earning them the nickname “winter truffles” in some circles.

White truffles are prized in luxury European food preparations as a flavoring for compound butter and olive oil, as well as a way to add decadent fragrances to risotto and pasta dishes.

An enormous 66.66 oz. white truffle once sold for $484,000 per pound, making it one of the most expensive food items in history. However, truffles of this size are rarely found. 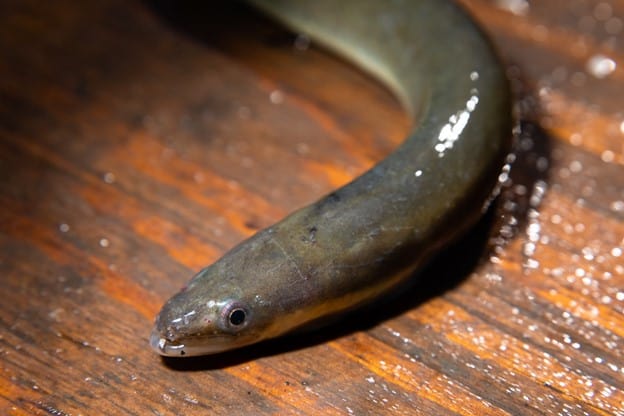 Baby eels are incredibly rare to find in any quantity. To find enough to scrape together a full pound, which costs $2,000 on average, is a rarity even for the decadent, seafood-lush coastline of Maine. While it may be more famous for lobster, the baby eels, fished out by workers who call themselves “elvers,” is the cream of the regional crop.

Asian aquaculture companies buy these little babies by the thousands to raise and sell to Japanese restaurants, who use baby and adult eels all the time. Only about 400 elvers are licensed at any given time, due to fears of poaching and overfishing for these scarce seafoods.

“Unagi” is the Japanese name for eels as they appear in food culture all over the island. Though eels are integral to many sushi preparations, eels are so difficult to cook and prepare that chefs who use them are in a completely different profession. They use what’s called an unagisaki hōchō, a knife designed explicitly to fillet eels, which has a sharp tip that inserts near the head and can then be dragged all the way down the spine, separating the fillets. 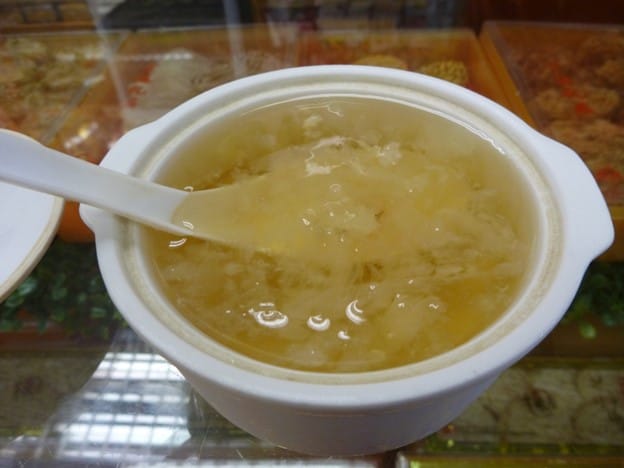 Swallow’s nest soup is made from the edible bird’s nest of several species, mostly swiftlets and swallows. They are extremely difficult to find in a usable form since birds use them to provide their young with nutrients.

These birds create nests from “cement” made of their saliva, building them up in layers almost like a termite builds a mound. After a while, the structure becomes free-standing and harvestable, which humans collect, mostly in China, for their medicinal and culinary value.

Bird’s nest soup has a completely unique texture, one that its preparers say must be enjoyed in a large quantity to appreciate. This is because the flavor is diffuse and cannot be covered up with other ingredients and oils. It becomes sweet, savory, and almost jelly-like. Chinese medicinal experts prize it for its effects on healthy skin. 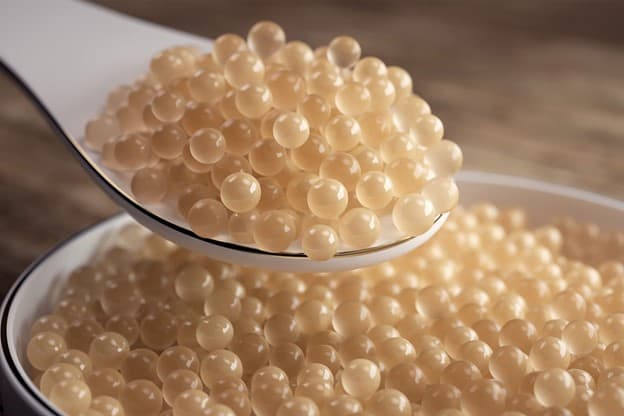 The most expensive food is white pearl albino caviar. By nature, white pearl albino caviar is also the world’s most expensive caviar, though black beluga more famously claims the title. White pearl caviar can only be made from the eggs of the rare albino beluga sturgeon, found in the Caspian Sea and similar bodies of water. The fish that produce this caviar must be over 60 years old, some up to a century in age, which makes their roe softer and more enticing to smell and eat.

This caviar is sometimes mistaken for lesser-valued varieties such as albino sterlet sturgeon caviar, which is also white and still pretty expensive. White snail caviar is way off. For the genuine article, white pearl albino caviar will cost you around $34,500 per kilogram or $15,682 per pound.

A couple of ambitious caviar connoisseurs in Austria have made an even more expensive version of this caviar by mixing it with edible 24-karat gold. This version of it costs $100,000 a kilogram.

The world’s most expensive foods are coveted as luxury culinary preparations, gifts, and more. Many people make their livings growing, raising, harvesting, and butchering these foods, which can cost hundreds or even tens of thousands of dollars per pound to buy.

If you’re lucky enough to be local to this cuisine, or to visit a luxury restaurant that serves it, you may discover why it’s so expensive. Whether an endangered species or just an immaculately raised example of its food group, this food represents some of the best cuisine, and most coveted collector’s items, in the world.