Car manufacturers in Europe rule the market when it comes to top-of-the-line luxury vehicles. The 8 cars listed here are the most expensive in the world when it comes to limited-production luxury automobiles put out by the world’s most high-end companies, from Pagani in Italy to Rolls-Royce in the heart of England.

Continue reading to learn about the prices, specs, performance, and availability of the world’s 8 most expensive cars. 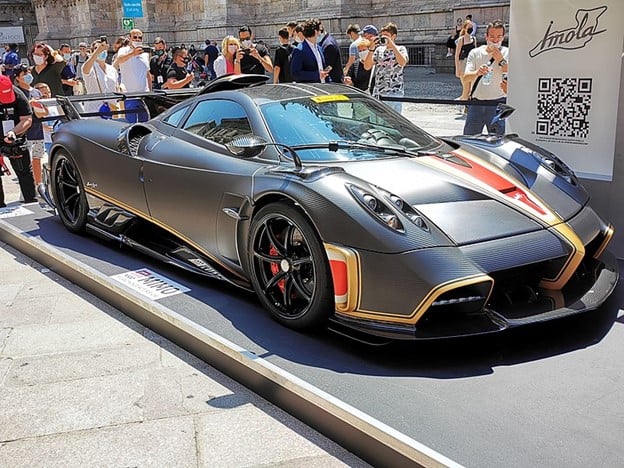 The Italian manufacturer Pagani debuted the Huayra Imola in 2019, nicknamed the Dragon because of its sleek appearance, which is black with a low grill in front like a dragon’s mouth and flaming red highlights along the air inlets, skirts, lights, and spoiler. It is powered by a 6.0 L twin-turbocharged V12 engine, backed by 827 hp.

The car costs 5 million euros to own, the equivalent of about $5.4 million.

The Dragon was limited to 5 units, all of which sold before the car hit the market. Pagani created a special suspension system for the car to maintain stability during hard braking and acceleration, even at high speeds. They had a custom brake package installed as well as luxury Pirelli Trofeo R tires. 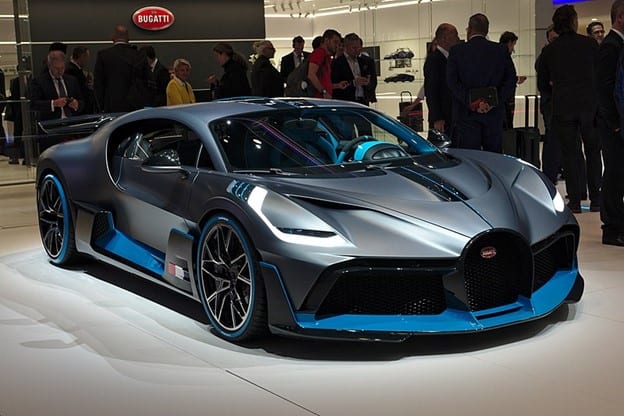 The car was inspired by the Type 57, a Bugatti built between 1934 and 1940 in a limited production of 710 units. To create the lower ride height that emulates the Type 57, the Divo lost a little top speed. But it can still get up to 380 km/h, the equivalent of 236 mph. For this style, the Divo is slower than the top speed of the Chiron and also has the worst fuel efficiency on Bugatti’s luxury line.

All 40 units of the Bugatti Divo were pre-sold as soon as they hit the market to Bugatti’s dealers. The car is named after Albert Divo, the famous racer who won the Targa Florio twice in the 1920s for Bugatti. 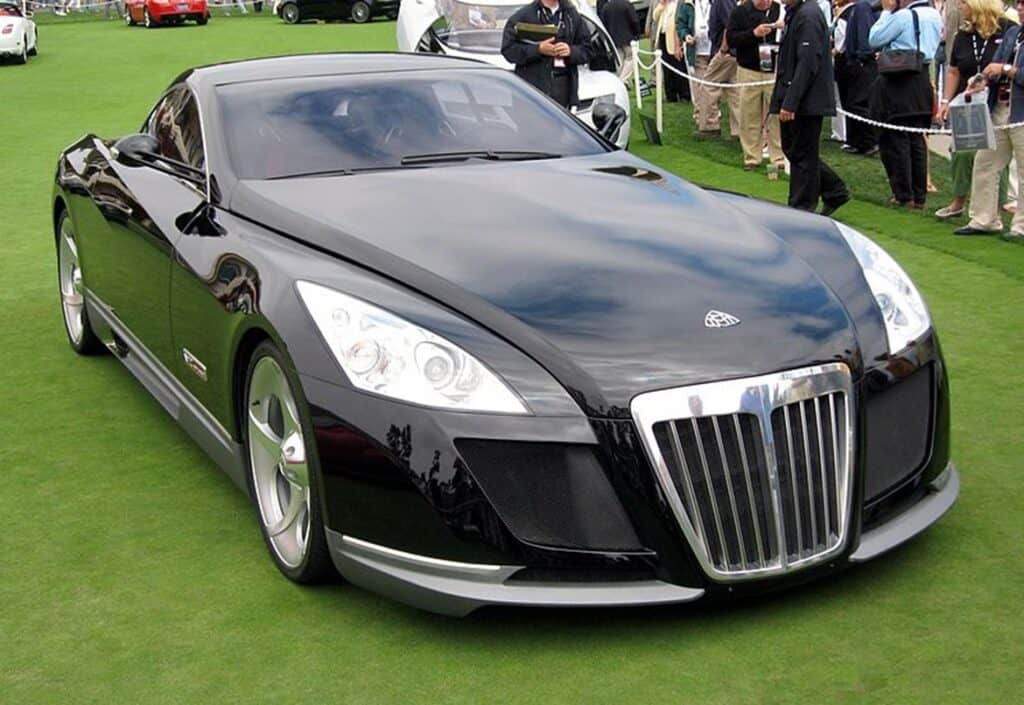 The Maybach Exelero by Stola, in collaboration with Daimler Chrysler, is a car whose history goes back to the 1930s when Fulda, the German tire company commissioned a high-performance vehicle. That car, the Fulda Carat Exelero, was built by Dorr & Schreck with collaboration from Freiherr Reinhard Koenig Fachsenfeld. It could get up to 200 km/h.

The modern Maybach Exelero is visually inspired by that 1938 car because Fuida came to Stola and asked for the new version of that amazing vehicle. Over nine months, Pforzheim Design Academy students designed this car with the Maybach SW38 chassis, like the Maybach limousines. To own this car will set you back $8 million.

The Maybach Exelero has been on the market since it debuted in Berlin in 2005 at the Tempodrom in Berlin. Maybach is now a division of Daimler AG, which is a part of Mercedes-Benz. 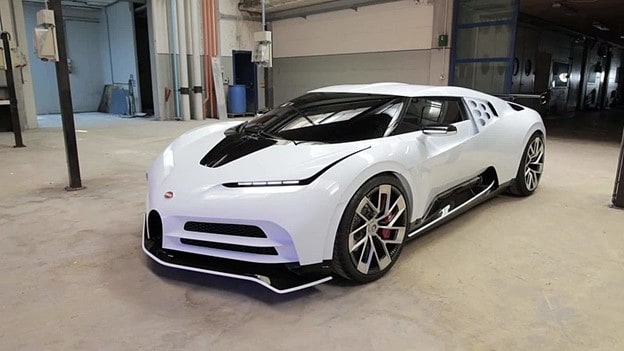 The French company Bugatti, one of the names in luxury car manufacturing, created the Centodieci, which is Italian for “110.” This sports car has 10 units planned for its limited run, which is currently still going at the time of writing. Its body is a 2-door coupe, a sequel to the Bugatti Chiron but even lighter by 20 kg.

For $8.9 million, you can own a Bugatti Centodieci, which has been constructed to mirror the shape of a diamond. Each of the car’s 10 units will be hand-built in Molsheim, in the Bas-Rhin in France. 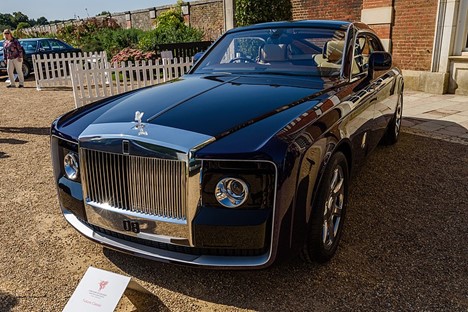 This luxury car was a one-off that debuted in 2017, first shown at the Concorso d’Eleganza Villa d’Este in Italy. The Rolls-Royce Sweptail is a take on the brand’s popular Phantom Coupe, which itself is a throwback to vintage luxury coaches from the 1920s and 30s. This is why your first impression of the Sweptail may be that you expect a Disney villain to be riding in it – it’s a car of the vintage 1%.

It was actually commissioned in 2013 by a yacht specialist who wanted to combine the appeals of multiple luxury vehicles. After the 4-year manufacturing time, the Sweptail became the most expensive automobile that money can buy. It has since been eclipsed by newer cars, though, as you’ll see below.

Concorso d’Eleganza Villa d’Este is a competition for luxury, classic, and vintage cars organized by the BMW Group for the last decade, though the event itself has been around since 1929. The most recent one was held October 1-3, 2021. Whether for the brilliantly old or the enticingly new, this annual elegant car show is the place to be. 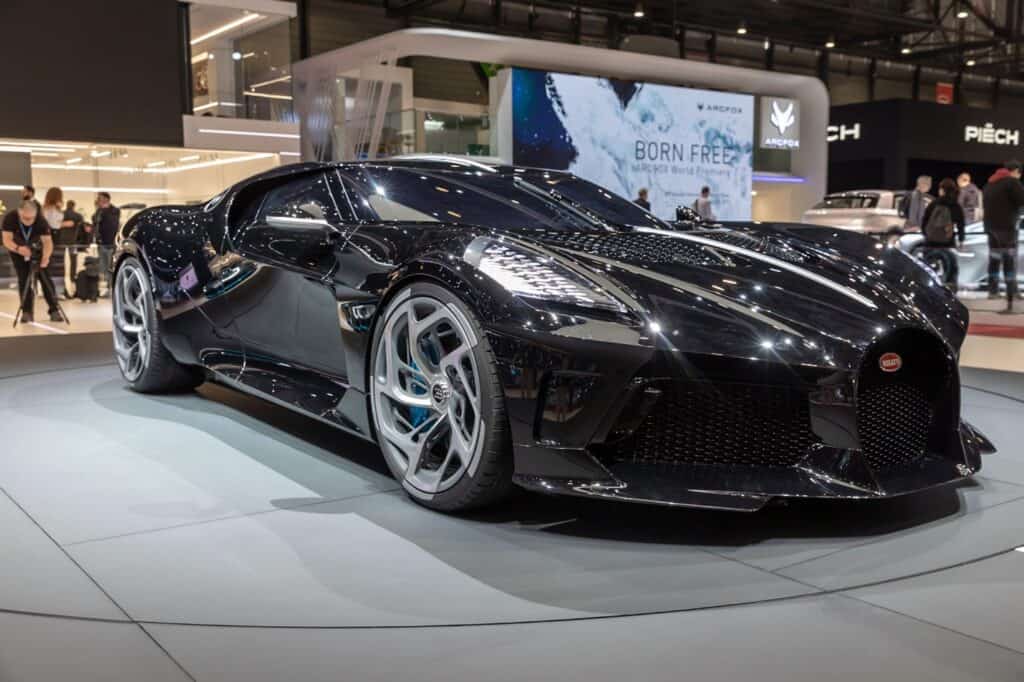 The Bugatti La Voiture Noire is currently in production, valued at $18.9 million for when it hits the luxury car scene by storm. For 110 years, Bugatti has been leading up to the Type 57 SC Atlantic, which is a callback to the WWII Atlantic, the holy grail of missing luxury cars.

This car is going to have 16 cylinders, 1,500 hp, and is billed as a grand tourer rather than a sports car, in contrast to some of Bugatti’s other luxury models. 1,500 hp may not be the most powerful car out there, but it’s the rarity of a coach-built luxury vehicle in the modern era that’s going to really sell this one. This jet-black luxury monster is going to go on the market for almost $19 million.

As if the luxury of the car itself wasn’t enough, Bugatti offers its upscale patrons additional ways to up the ante on their investment even further. For example, the Bugatti La Voiture Noire order form includes a checkbox to build one-carat diamonds into the car’s speedometer. Since Bugatti is famous for luxury and speed, it only makes sense. 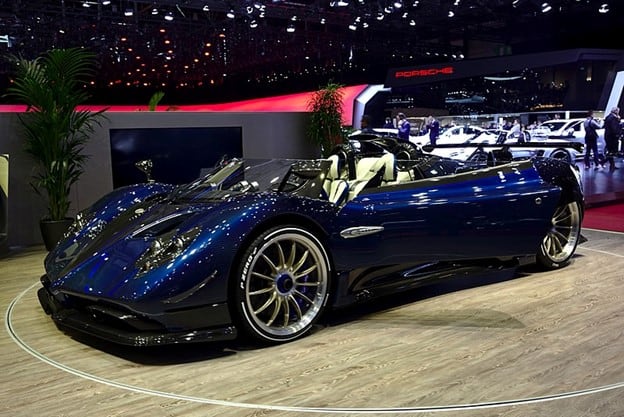 The Pagani Zonda HP Barchetta, unlike some of the coaches on this list, is a bonafide supercar. It debuted from the Italian manufacturer, Pagani, in West Sussex, England at the Goodwood Festival of Speed. Unlike some of these other luxury cars, built to cruise and show off diamond speedometers, Horacio Pagani, the brand’s founder himself, brought this car out to race an exhibition hill-climb. “HP” stands for Horacio Pagani, after all.

The car was built for speed, up to 355km/hour. Whether that’s worth $23.65 million is up to whoever has that much.

This car is light, coming in at only 1,250 kg. To put that in perspective, a normal Toyota Camry weighs about 1,550. This is because the Pagani Zonda HP Barchetta is constructed from carbon fibers only. The chassis is made of carbo-titanium, a material synthesized by Pagani for speed, flexibility, and lightness.

The most expensive car is the Rolls-Royce Boat Tail. This hand-built machine is inspired as much by the luxury boating experience as the history of cars. This custom car flaunts nautical themes in the mechanized deck, which Santiago Calatrava, the famed architect, designed to open in a butterfly motion to reveal a suite of luxuries. These include a champagne chest, cocktail tables, picnic stools, and plenty of room for decadent picnic goodies.

This car was not designed for transportation only. It was built for a luxury style, designed after the J-Class yachts to mirror their hulls by reforming the car’s shape into their sleek, rounded image. For this luxury appeal, this deep blue decadent masterpiece will cost you $28,000,000.

The deck in the back of the car is designed with a wood-like appearance, a reference to the deck of the 1932 Rolls. It uses Caleidolegno veneer, better known as a luxury interior material, refitted for use on the car’s exterior. The deck has a linear wood grain, brushed with stainless-steel strips that are inlaid into the surface. Details like these are one of the reasons that the Rolls-Royce Boat Tail sports a four-year development time.

The world’s 8 most expensive cars are a meeting of incredible luxury and industry-defining performance. From the fastest sportscars to throwback luxury coaches to the fanciest designer coupes, these cars are the benchmarks of their respective designs.

To own one will cost millions on even the lowest end and it only goes up from there. These cars are even more expensive than the ones that stock market titans and greedy businesspeople drive around in movies – no film production would buy one this expensive! These cars are the ones that only a few dozen people will ever own. They’re so insane that movie stars playing Wall Street moguls probably won’t be able to sit in one even on a rental basis. Hopefully, you will.