Dirt bikes are essentially motorcycles pared down to a sleeker, offroad form. Rather than the heavy metal motorcycle frames, dirt bikes have molded plastic parts, tires with aggressive offroad treads, and other amenities for outdoor riding.

Continue reading to learn about the 9 most expensive dirt bikes, including the companies that made them and the specs that drive up their prices so far above the norm. 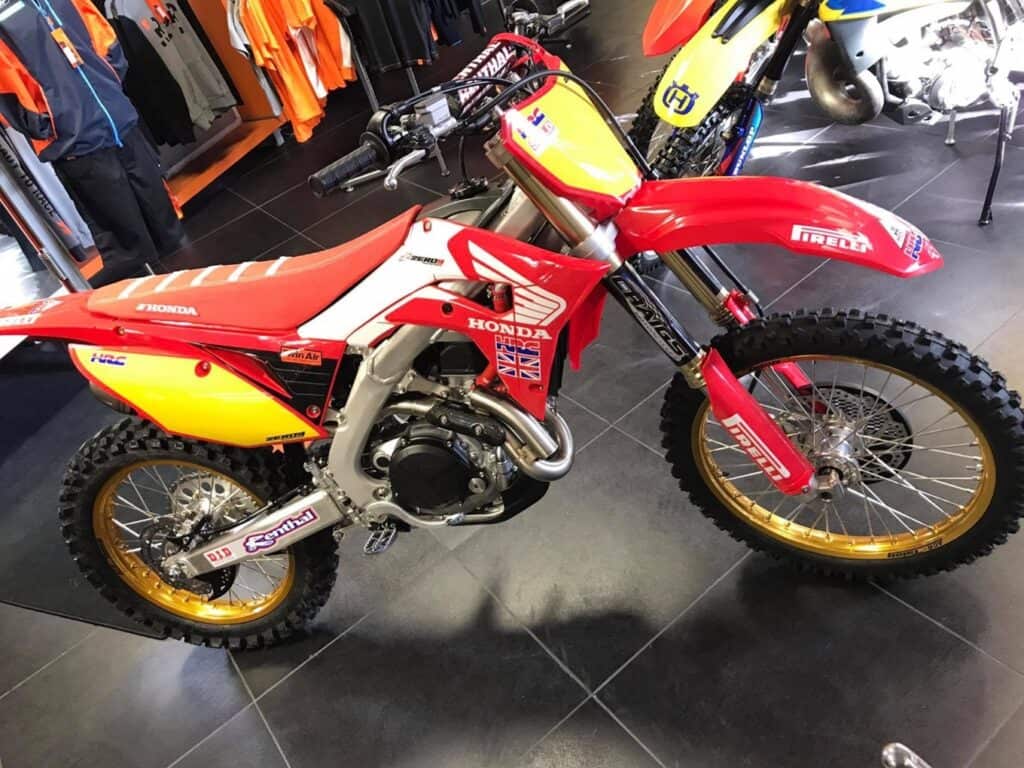 The replica dirt bike known as the Honda CRF 450R Dave Thorpe model is a retro beauty remade for 2018. The special edition of this bike had Talon Evo Wheels with gold rims, classic Dave Thorpe graphics on the plastic shell, and top-of-the-line Pirelli Tyres.

Even the seat cover of this dirt bike is a special edition that emulates Thorpe’s. While the factory edition of this bike retailed for around $9,000, this special edition with all the bells and whistles can cost as much as $11,400.

Dave Thorpe is a British motocross racer known for competing in Motocross World Championships in the 80s and early 90s. As a three-time world champion in the FIM 50cc races for Honda and Kawaski, this replica bike would be any Honda lover’s dream. 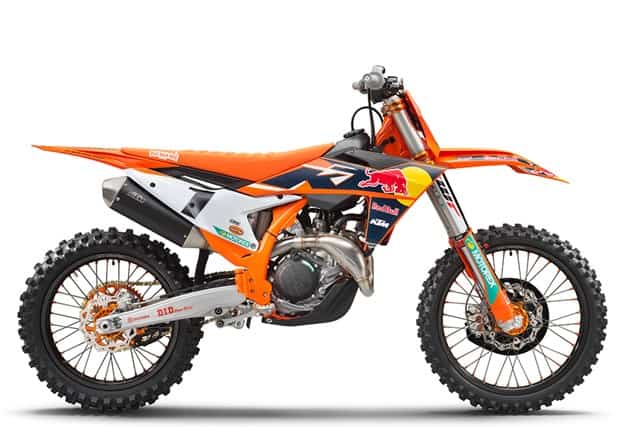 The KTM 450 SX-F Factory Edition is a dirt bike that retails for $11,699. It was based on the hardware of the Red Bull KTM racing bikes and limited to 400 units worldwide. Any rider who wants to take their biking to a professional supercross competition level would do well in the seat of the KTM 450 SX-F.

The engine in this bike has drastically better handling and maneuverability than the industry-average bike due to improved mass-centralization in its construction. Despite the power of the engine, it only weighs a total of 59 pounds.

The SOHC cylinder head in the KTM 450 engine has a shorter profile than average, giving it a camshaft that hugs closer to the bike’s center of gravity. This is tech-speak for how to improve speed and handling on an ultra-lightweight bike like this. 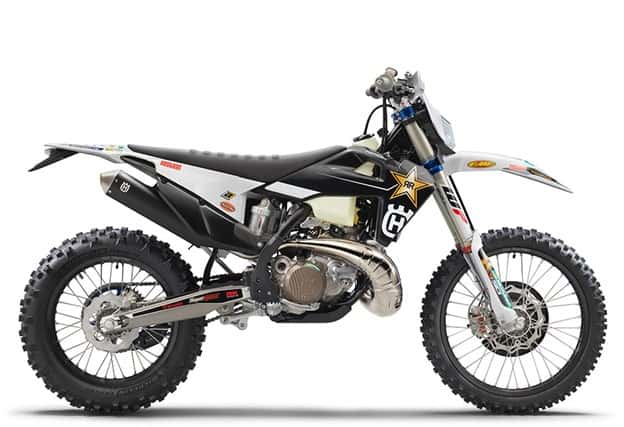 This 2-stroke TE 300i Rockstar Edition features electronic fuel injection that gives this dirt bike superior power delivery, maneuverability, and torque. It was designed to replicate the Rockstar Energy Husqvarna Factory racing bikes but on a consumer level.

This bike comes equipped with a 300-cc 2-stroke engine, a counterbalancer that reduces shaft vibration, and a controlled twin power valve. The bike retails for $11,799, to offset all those state-of-the-art tech upgrades.

The frame of the TE 300i Rockstar Edition bike is made from chromium-molybdenum steel. It was laser-cut and welded by pre-programmed robot arms, which ensures that every bike is built to exacting standards in its geometric design. Other parts, such as the cylinder head mountings, are made of forged aluminum to improve handling and save weight at the same time. 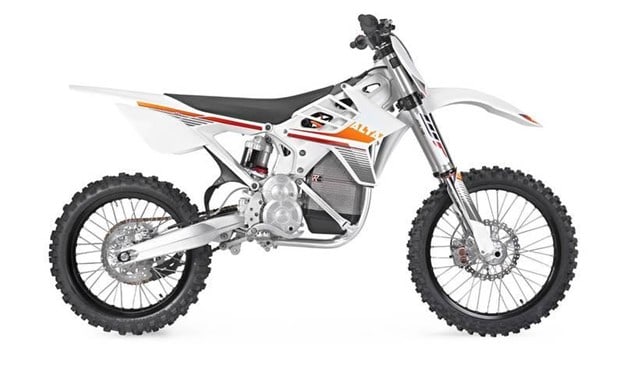 Alta Motors created the Redshift MXR as an electric offroader to pair with their other famous models, the Supermoto and Enduro, both of which sell for a similarly high premium. This bike sells for upwards of $12,000.

The body panels of the Redshift were sourced from Acerbis, known for its durability and finish. They gave it a graphic palette of orange, red, and white to make it stand out, in addition to its high fenders and uni-body seats.

The engine of the Alta Redshift MXR is a 50 hp electric motor that can compete with a 350cc petrol-powered motor. The R5.8 battery pack cools this beast down while its 14,000 high rev motor represents one of the most powerful electric motors in all of motorsports. 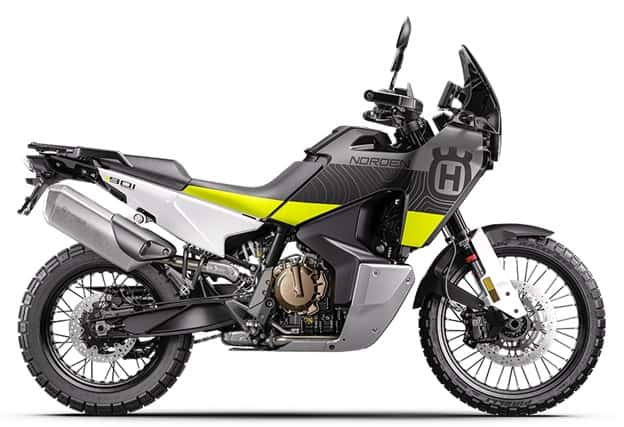 The Norden 901 is a dirt bike designed for performance. It has an 889-cc parallel-twin engine and a light steel frame, giving it the slick outer appearance of a road-worthy motorcycle but the rugged capabilities of a tough dirt bike. Its suspension is ready for offroad driving though its ergonomics are built for luxury.

This bike is absolutely state of the art, with optional Ride Husqvarna app support, a Bluetooth music connection, and a built-in phone system. The Norden 901 retails for $13,999.

The Norden 901 was famously tested by Mike Horn, an explorer-enthusiast with a love of cold mountains, sailing, and fast bikes. He and Cyril Despres, the 5-time Dakar Rally-winning cyclist, tested this bike on an offroad trip across Iceland (it didn’t disappoint). 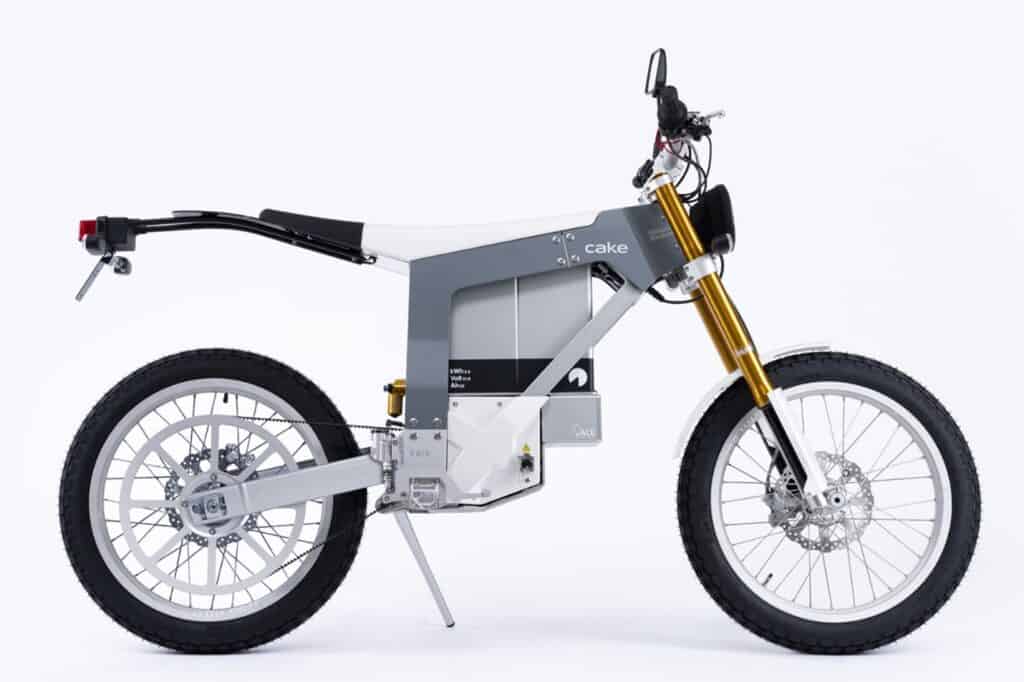 The brand Ride Cake creates out-there dirt bikes and motorcycles with cheeky, minimalistic designs. Not all their bikes are designed for offroad, but the one known as Kalk& can drive on anything, in addition to being suited to your daily commute.

This elegantly weird design will set you back $14,500 if you want to be able to tell people you offroad on a Kalk&.

From the design, you may have guessed the bike’s Scandinavian origins. Ride Cake is a Swedish bike manufacturer that has been making these designer bikes out of Stockholm since 2016.

Their passions include all-electric motorcycles and dirt bikes as well as high performance “gravity sports,” which include not only biking but also bobsledding and skiing. 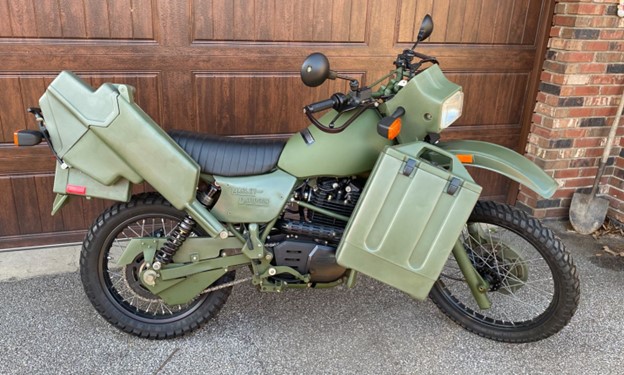 Harley-Davidson’s name may not immediately scream dirt bikes, but we have one for you here known as the MT500. It’s a Harley rebranded and rebuilt for offroad riding in a military transport situation. It comes equipped with a 500cc Rotax single-cylinder engine.

It is believed that only 500 of these bikes were made back in 1999. Even more rarely, a few of them came with electric starters. If you can nab one of those, you may be looking at a $15,000+ dirt bike.

Unlike some of the modern electric bikes, this 1999 beauty is all-diesel powered. This bike design was made in Italy by Armstrong-CCM in the 80s. Harley rebranded it for themselves in the hopes of taking this European military bike design stateside.

Due to its heritage as a military transport vehicle, the MT500 has a few unique features, including a detachable rectangular headlight and tail light. They were fitted onto the bike to make sure it was road legal, but in a military situation, they might have been removed to keep a lower profile. 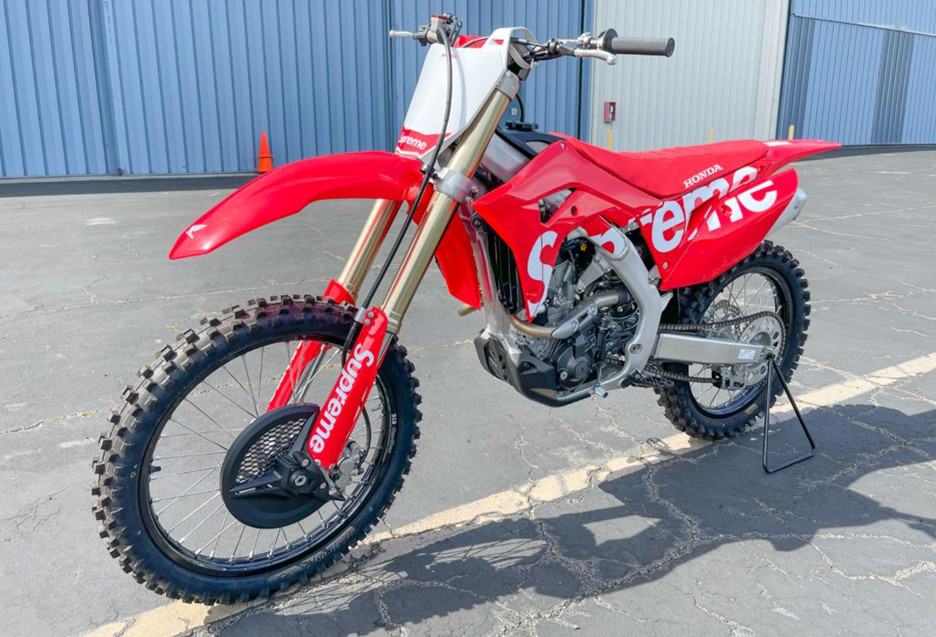 The Supreme Honda CRF250R was made in a partnership between Fox Racing, Honda, and Supreme, the lifestyle brand. This bike, which debuted in 2020, was part of a whole Supreme line of sporting goods, including motorcycle helmets, bike goggles, pants, and even gloves.

This dirt bike had a very limited run in that model year, which now drives up the price of the Supreme to $44,999.

Honda was founded in Japan in the late 40s as part of its national rebuilding post-WWII. Soichiro Honda made his name by manufacturing cheap motorcycles. By the 60s, Honda bikes were competing toe to toe with the best in the world on the most premier racetracks. Today, Honda is one of the most prestigious car and motorcycle brands anywhere. 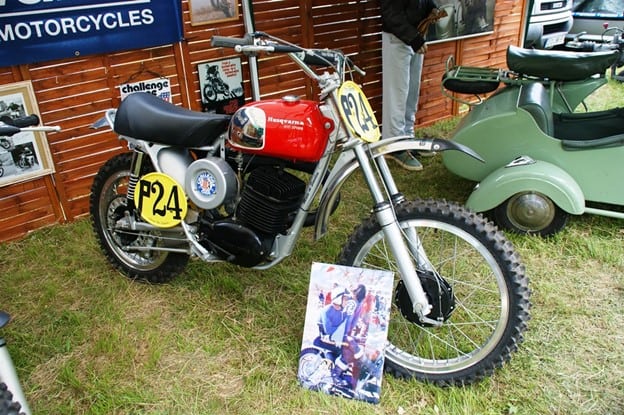 McQueen’s Husqvarna 400 Cross sold in 2008 for $1,500 due to no one at the auction being aware of its famous heritage. The McQueen connection alone increased the value of the bike by 184 times a decade later! It just goes to show that with any vehicle auction, a famous name goes a long way.