While buying a car can be empowering, it can also come with hidden costs and responsibilities. The main one is the cost of maintenance, which can be extensive for certain vehicles. Either due to a car’s luxury, its heavy-duty workload, or being discontinued, some cars run up an exorbitant tab over a decade.

Continue reading to learn about the 8 most expensive cars to maintain in 2022. 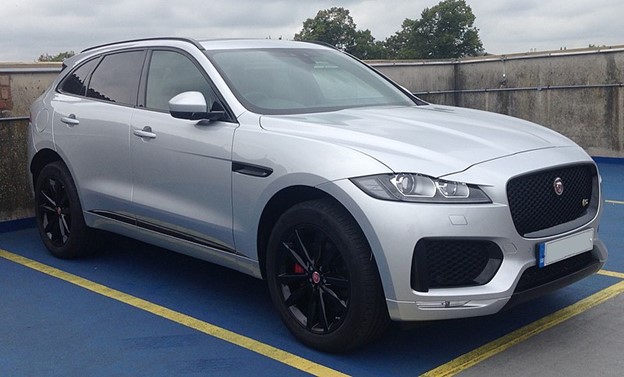 To kick off this list, we have one of the more recent cars we’re going to talk about: the Jaguar F-Pace, also known as the X761. Jaguar Land Rover out of Solihull in the United Kingdom put out this car to be Jaguar’s first-ever SUV. It was unveiled at the 2015 International Motor Show and has since gone on to be one of the brand’s most popular vehicles, as well as one of its most expensive to maintain.

10-year ownership of the Jaguar F-Pace comes with an estimated $16,103 in maintenance costs.

Though the F-Pace is Jaguar’s first SUV, it’s never far from the brand’s luxury origins. If you look closely, you can see that the design of the F-Pace is pulled directly from Jaguar’s C-X17 concept car. 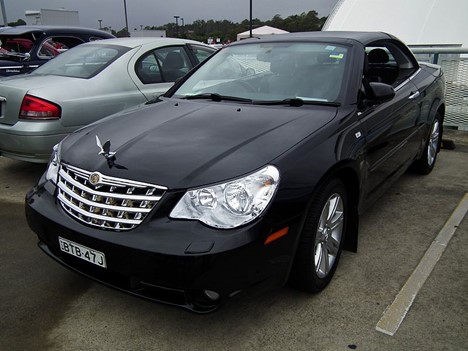 The Chrysler Sebring was in production from 1994 to 2010. Being discontinued has not helped its owners reduce the already considerable maintenance costs. Owning the car for 10 years comes with an estimated price of $17,100 in repairs. Despite this, these mid-size cars remain desirable.

The Sebring had convertible, sedan, and coupe options in various generations, though the coupe was the first (it was built to replace Chrysler’s LeBaron coupe). The convertible came in 1996, with the first sedan option rolling off the line in 2001 to replace the Cirrus.

Every Sebring was replaced by the Chrysler 200 following its discontinuation, which has added to its allure (and cost).

Some suggest the Chrysler Sebring was built to compete with the 1995 Dodge Avenger, another mid-sized sedan. It competed not only with its more muscular build but a softer suspension in comparison. 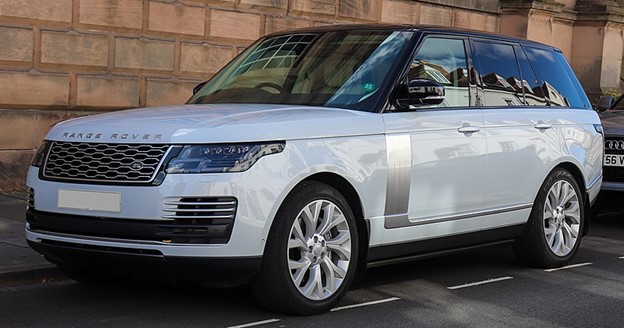 The UK-made Land Rover Range Rover (bring luxury on over) has been in production since 1969. The Range Rover name has been applied to many sub-brands as well, including the Range Rover Evoque, Range Rover Sport, and Range Rover Velar. These luxury 4×4 vehicles are known for balancing luxury and performance, which comes at a cost for its prospective owners.

The Rover Company, as it was called, began work in the mid-50s on making their 1951 Land Rover Series even bigger. Designer Gordon Bashford was hard at work on the 2WD Road Rover, based on their Rover P4, but they procrastinated on the new model until he joined with designer Spen King in 1966. The Range Rover prototype finally rolled off the line in 1967 and was finalized for commercial sale in 1969. 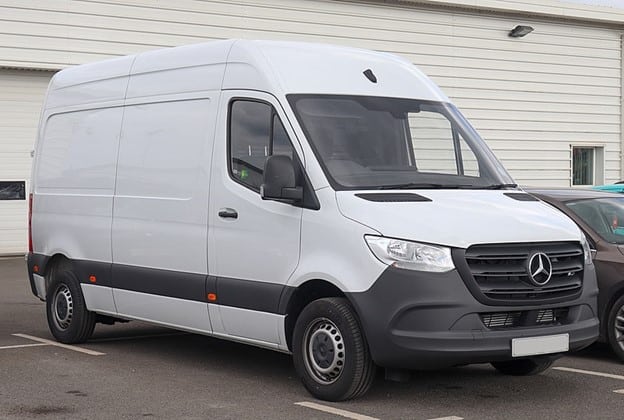 It should probably come as no surprise that Mercedes-Benz shows up on this list as the brand touts its designer vehicles for their luxury. However, their most high-maintenance vehicle is not a sporty luxury car, but a commercial van called the Mercedes-Benz Sprinter. These vans have been popular commercial vehicles since 1995 and have been sold as kits and under various brand names, including Dodge and Volkswagen.

The Sprinter comes in several possible body styles, including a 4-door van, 2-door pickup, 4-door minibus, and 4-door crew van. No matter which you buy, however, the 10-year maintenance costs are considerable, with the average Sprinter costs $18,634 to maintain.

The Mercedes-Benz TN cargo van had been in production since 1977 when the brand launched the Sprinter in Europe to replace it. It immediately won International Van of the Year by the International Transport Sector in 1995. Though the vans were popular, the United States would not receive its first Mercedes Sprinter until 2001. 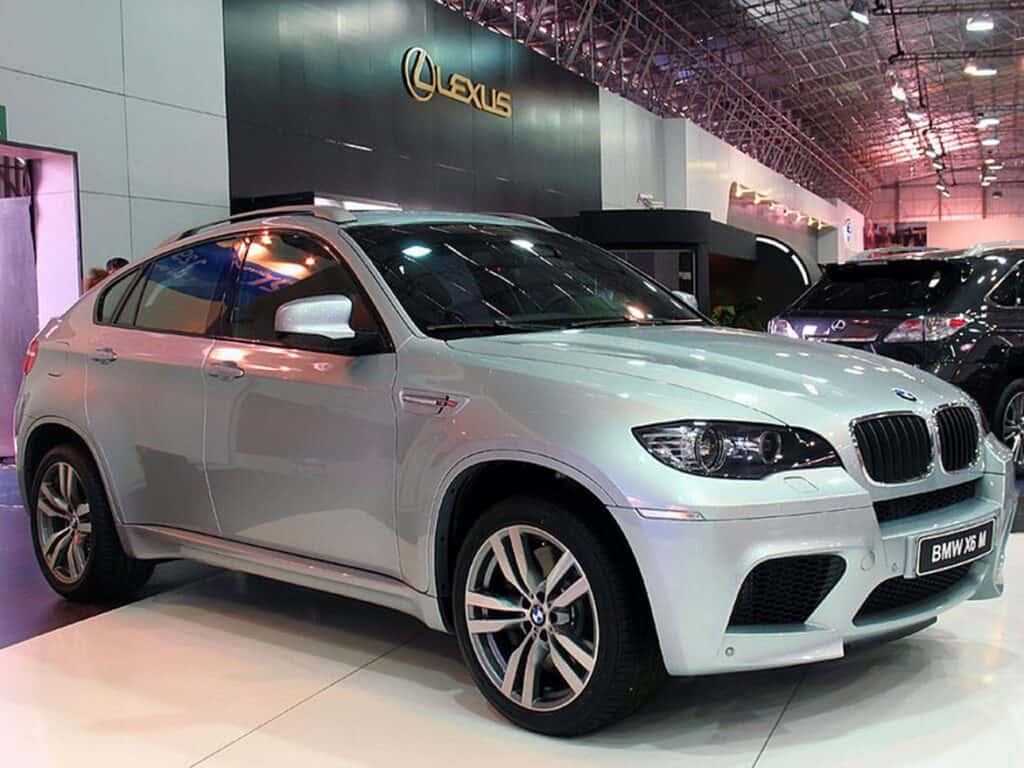 The BMW X-Series is expensive to maintain across the board, so we listed them all as one category. The most expensive of them is the BMW X6 M, which has an estimated 10-year maintenance cost of $18,900. These cars are all built for sports activities but amped up for luxury and high performance. This means they have aerodynamic designs, up to 617 hp, and an ideal 50/50 weight distribution. But they also include signature BMW luxury designs.

BMW’s exclusive M Sport Exhaust System was built in a partnership between Akrapovic and BMW. They wanted to create an exhaust system that was more resistant to corrosion and temperature changes, as well as being significantly lighter than the standard exhaust models. 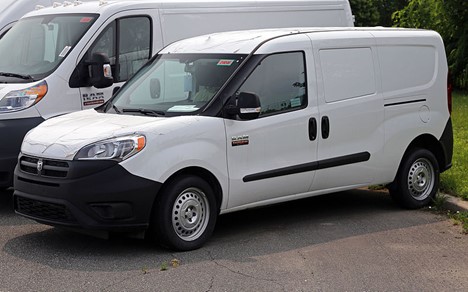 This cargo van often retails for over $40,000. However, with a 10-year maintenance estimate of $20,061, it means that a RAM ProMaster owner should expect to pay half of the MSRP in repairs over the years. Partly, this is due to the van’s utility. Since these vans are used for hauling equipment, they are more prone to maintenance than the average car.

The ProMaster Cargo Van can haul 4,680 pounds and tow 6,910 pounds and is known as a utilitarian workhorse vehicle. Despite this, the van now comes with many luxury safety features, including electronic blind-spot monitoring, automatic brakes, crosswind assist, and more. This has all come about since the design overhaul that RAM did in 2014 on their popular cargo van concept.

The RAM ProMaster Cargo Van is comparable to a Ford Transit or Mercedes-Benz Sprinter, which already featured on this list for the same wear and tear that the ProMaster has to deal with. However, the RAM version has a greater payload capacity as well as a more extensive infotainment and driver-assist system. 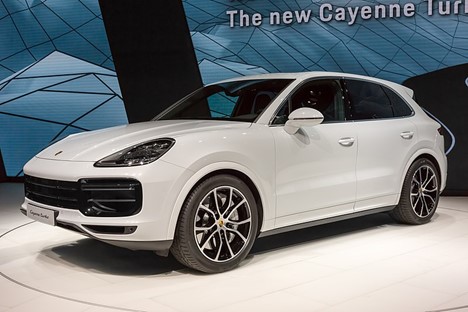 The Porsche Cayenne is one of the most expensive cars to maintain as well as the most expensive luxury car on this list. This mid-sized crossover SUV has been rolling off the line since 2003 and continues to be one of the Slovakian manufacturer’s most well-regarded luxury vehicles. The car has a similar construction, which includes not only the frame but even the electrical components, as other sturdy luxury vehicles like the Audi Q7.

Several other Porsche models are among the most expensive current cars to maintain. For the sake of variety, we didn’t list them separately. However, the Porsche Macan comes in right behind the Cayenne with a 10-year maintenance cost of $20,137. The Porsche 911 will cost its owner $18,231 over the same period and has a 47.59% chance of a major accident in that time. 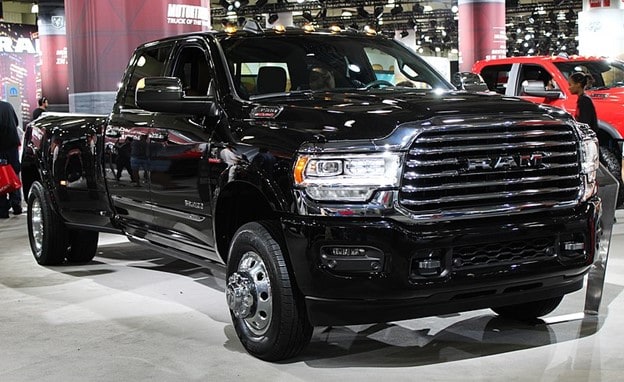 The most expensive car to maintain is the Ram 3500. These heavy-duty pickup trucks are perfect for towing, hauling, and other heavy tasks. The latest Ram 3500, the single most expensive car to maintain, has 410 hp to get the job done. It can tow nearly 15,000 pounds and haul over 4,600 pounds. All this means wear and tear that even a sturdy vehicle has trouble resisting, climaxing in a ten-year maintenance estimate of $25,844, the highest currently out there.

The new Ram 3500 is powered by a 6.4 L V8 gasoline engine and a 6.7 L diesel turbocharged inline-six. It has an eight-speed automatic transmission, four-wheel-drive system, and 429 lb-ft of torque. Something else to keep in mind is that the 10-year maintenance estimates we used do not include fuel economy. If they did, the numbers would be even more disparate since the heavy-duty RAM 3500 is so performance-obsessed that the EPA didn’t even measure it for its fuel economy.

From luxury sedans to heavy-duty trucks, some cars are extremely expensive to maintain. On the high end, cars can cost over $20,000 to keep running for a decade, which includes not only maintenance from normal wear and tear but also how accident-prone the vehicles are, the availability of parts, and more. You may not be thrilled to find your car on this list, but with high maintenance comes high performance. At least you can take comfort in that.