The most expensive cameras can be separated into two broad groups – the film-ready masterpieces in modern technology that cost a bundle because they can make a bundle at the box office and the historical artifacts. Both types lend themselves to exorbitant prices for both artists and collectors, to own a piece of history or to own the means to make their own.

The Most Expensive Cameras You Can Buy 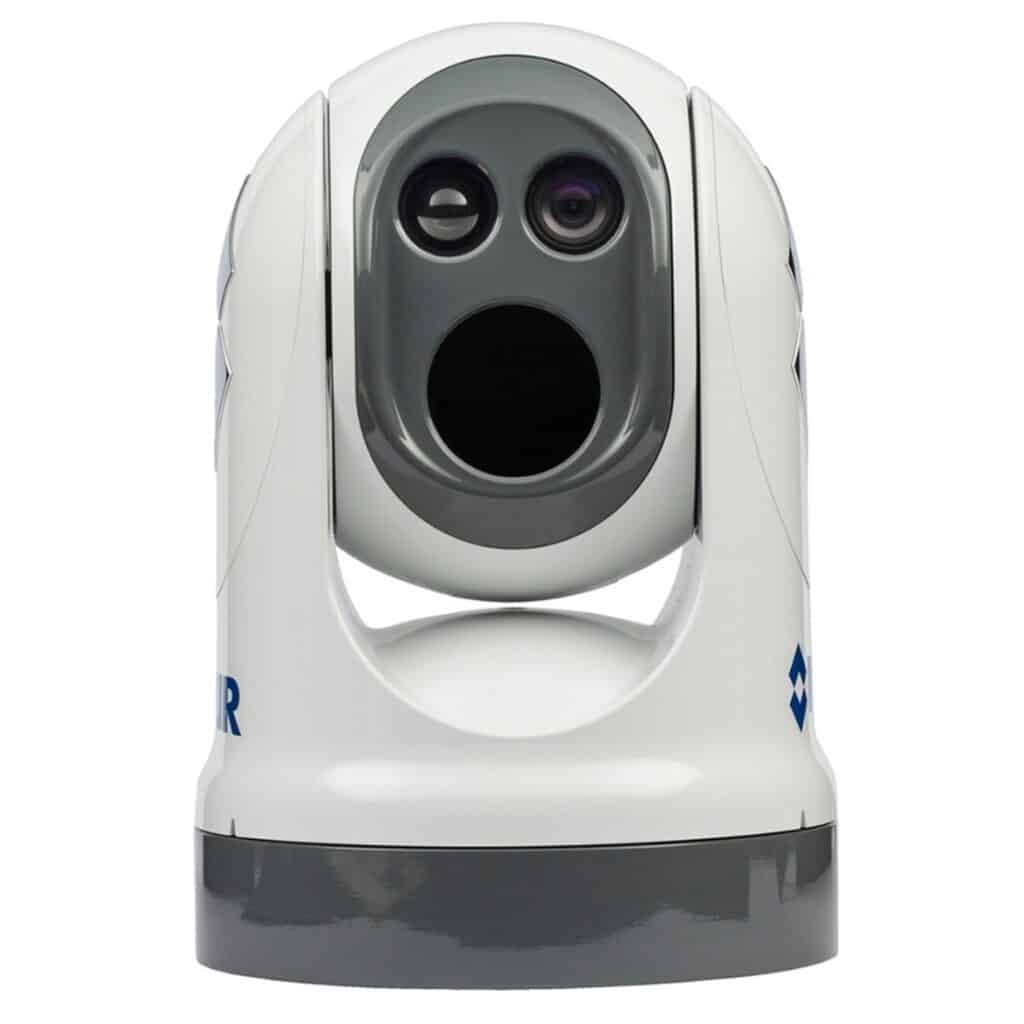 The FLIR M400 is not your normal studio camera. This is a thermal night vision lens capable of both long and short-range target ID in dark or adverse conditions. The thermal video images, in low-light or even complete darkness, still deliver a 640×480 output thanks to the camera’s integrated HD color visible lens and the high-intensity, tight-beam LED spotlight.

The camera has been stabilized by gyro sensors to film in choppy sea conditions and comes equipped with FLIR’s “marine rugged” waterproof enclosure, which features 90 degrees of tilt in either direction and 360-degrees of panning ability. The whole assembly will set you back $71,938.86 from My Green Outdoors.

FLIR built this camera for marine photography in more ways than one. We mentioned the waterproof enclosure and gyro sensors. They also equipped it with radar tracking abilities, which can actually aid sea travelers in low visibility or rough conditions, integrated video tracking, and a remote joystick control unit. The camera can enhance images even in extremely cold or hot conditions using DDE (Digital Detail Enhancement). 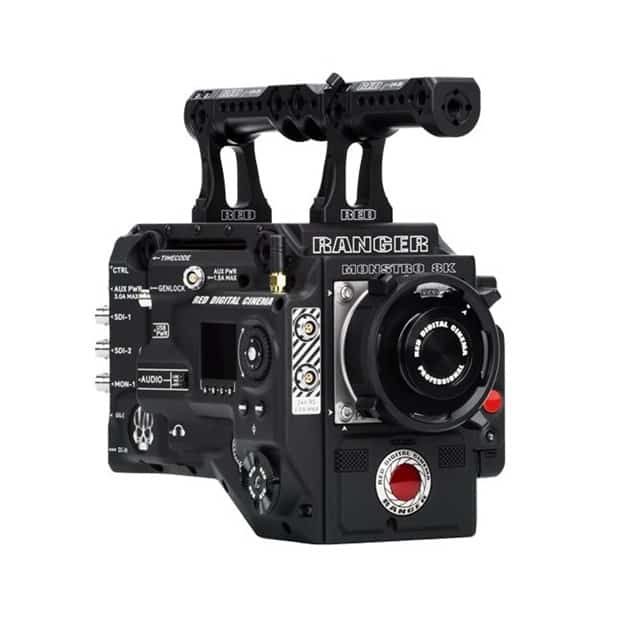 This RED Digital Camera features a Monstro 35.4 Megapixel CMOS sensor and is capable of filming in full format at 60 fps and full 8K resolution (8182×4320). This equips the camera to film the most high-tech Hollywood movies, which is why it costs nearly $80,000 to buy.

The camera features integrated I/O’s as well as thermal performance enhancements that allow it to shoot in even adverse weather conditions. The temperature management and noise output are easier to control than previous models.

RED cameras employing the DSMC2 system have been used to make huge Hollywood movies, such as Guardians of the Galaxy Vol. 2. The Disney Marvel film was filmed at the highest native resolution in the history of movies at the time by employing the RED camera’s full 8K capabilities. 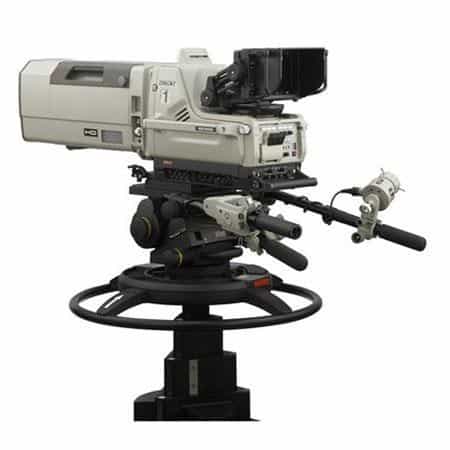 The Sony HDC-2000 is a multiformat camera studio that leverages new innovations with Sony’s reputation to give studios with $96,000 laying around the best of the best. This studio camera system is capable of 3G transmissions in multiple formats, with an HD output and even a function for double speed slow-motion filming. This allows you to leverage the camera’s capabilities against your 3D production needs, backed up by dual transmission from a single cable.

No matter your system configurations, the Sony HDC-2000 can do a lot of heavy lifting for your studio, which is why it costs nearly six figures to own.

Sony cameras are known for their color control and reproduction. The HDC-2000 is no exception. It features adaptive-matrix color reproduction as well as multi-matrix color correction. This allows studios to shoot with completely accurate color conversion, even in bad conditions, as well as match multiple cameras to the true color of the shot. 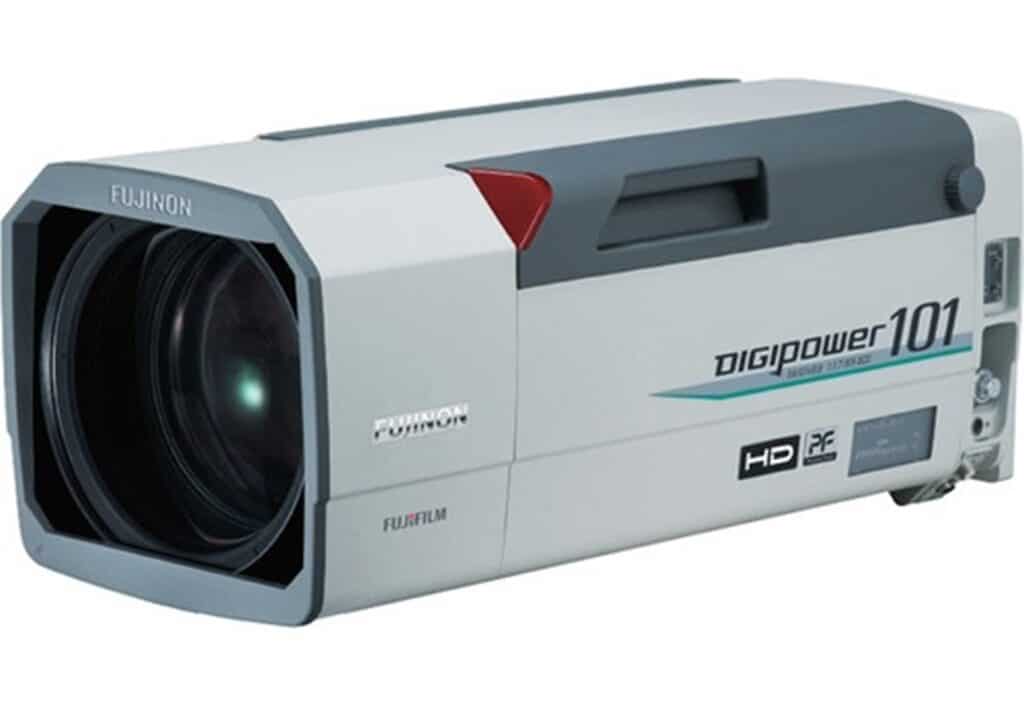 The Fujinon XA101x8.9 has a precision focus assist lens, which gives it the ability to shoot both from a wide angle as well as in a zoom (101x) without sacrificing stability. This camera is a state-of-the-art machine built for high-quality, high-definition broadcasting. The lens comes equipped with a 32-bit RISC processor. Each servo demand contains its own CPU and optical encoders.

The camera can be controlled remotely by PC or controller, which makes it incredibly reliable for robotic applications, virtual studios, and production environments. Rapid zoom movement (0.7 seconds) gives it incredible precision, which is good because the camera will set you back over $233,000.

Fujinon created Optical Stabilization technology (OS-TECH) that combines remote control, automation, and the camera’s detection abilities to improve stability across the board. Its sensors detect even small movements that could cause vibration or jostling in the image and adjust the camera both vertically and horizontally to compensate. Even unstable conditions can produce a stable image, provided you pay the premium.

The Most Expensive Ever Sold 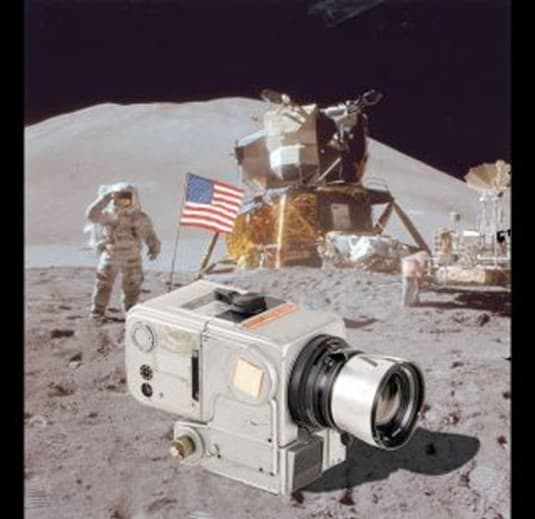 In 2014, a camera sold for nearly a million dollars in a WestLicht Photographica Auction that took place in Vienna, Austria (it’s not the last time we’ll be going to Vienna on this list). The claim on this Hasselblad Electronic Data Camera or EDC is that James Irwin, the astronaut, used it to photograph the surface of the moon during the Apollo 15 mission.

There’s been a bit of an authenticity debate when trying to confirm its status as the camera that Irwin used on that mission. If it was that camera, it took 299 pictures of the moon and at some point, became a privately owned artifact. No one is quite sure how. 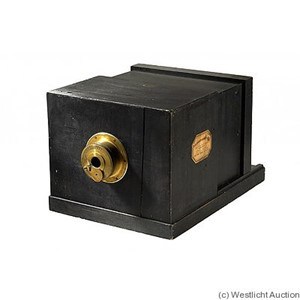 The daguerreotype is the original commercial camera and is also the name of the old-timey photographs that they produced. You know them by the thick card stock, brown sepia appearance, and serious faces (the cameras took its time!). The French inventor Jacques Daguerre is thus known as the father of all photography.

The Susse Frères Daguerreotype is a camera made from a wooden sliding box. This particular one was made in limited quantities by Daguerre’s brother-in-law based on the original designs. It has been a decoration in the living room of a German optician in Braunschweig for years before going up for auction. 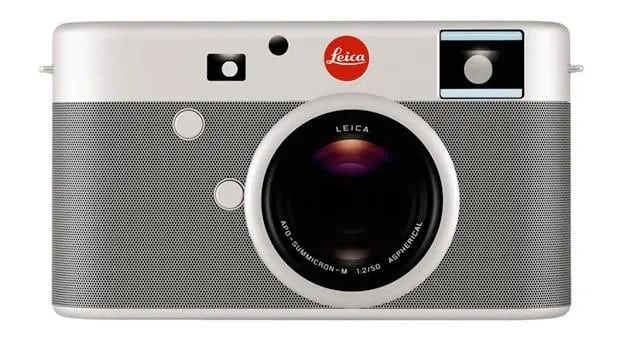 This Leica M prototype camera was designed by Jony Ive, the product designer behind the iconic clean look of Apple’s products, including the iPod, iPhone, and MacBook. In November 2013, a Leica camera designed by him went up for auction in collaboration with designer Marc Newson at Sotheby’s in New York. It took in $1.8 million.

Leica reportedly employed 55 engineers to model 561 prototypes for the Leica M. Ive and Newson took over a year curating this auction and contributed this custom-made Leica M for the coup de grace of the event.

Other one-of-a-kind auction items at that Sotheby’s charity event included a limited-edition Range Rover from 2012 and Apple EarPods sculpted from 18-karat rose gold. 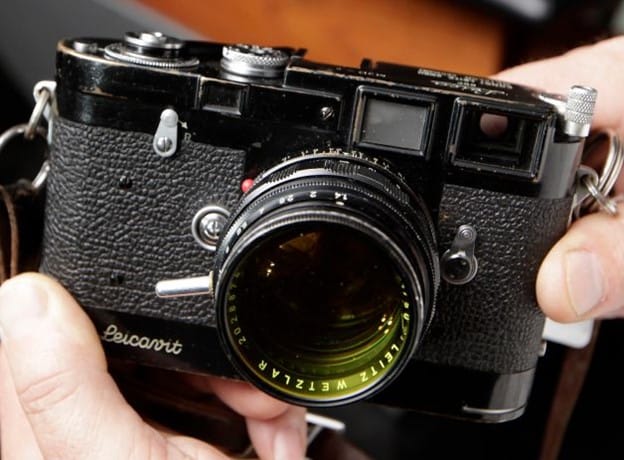 The Leica M3D-2 was created by Leica for David Douglas Duncan, the war photojournalist. It came out of the Leica factory in 1955 with a unique black paint exterior and a lens system optimized for photojournalism, meaning no self-timer and a frame counter perfect for catching action shots.

Duncan requested that the camera feature a 50 mm lens, a focusing lever for ease of use in the field, and a Leicavit, which was a fast winder that could shoot two frames per second of the same view. Duncan’s custom camera became the model for the Leica MP, a favorite of photographers in the next decade. However, it was Duncan’s personal camera specifically that netted $2.18 million at a 2012 auction.

After freelancing for National Geographic, Duncan became a war photographer working for the U.S. War Department (Marines). He used Leica cameras to shoot some of the now most famous shots of wartime photography during the Korean War in 1950 to 1953. 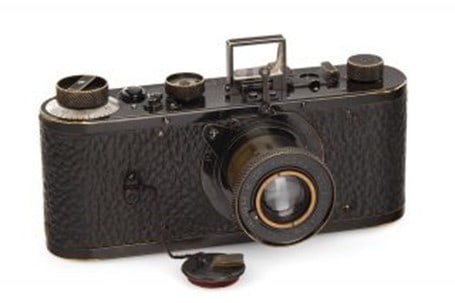 The most expensive camera is the Leica O-Series no. 122. The last gem by Leica on this list is also the priciest, selling for 2.4 million Euros or about $2.97 million in 2018 at the 32nd Westlicht Camera Auction. The camera was built in 1923 and limited to about 25 units.

The camera that sold was not only pristine and working but included the original paintwork, film spool, and lens cover. Even the folding viewfinder was included, which alone is one of only three known to exist for this camera. This rare piece of history was bought by a collector and delivered to New York, where it remains collecting more history in his collection.

There’s a reason Leica’s cameras are so revered, beyond the obvious rarity. The company, founded in Wetzlar, Germany out of the Optics Institute was the company that pioneered the 35mm camera, which before digital was the most common format for still photographs for Kodak, Nikon, Canon, and more. In fact, 35mm used to be called, “Leica format.”

The most expensive cameras in the world, both the ones currently available and the most valuable ever sold, go from a few dozen thousands of dollars to nearly $3 million. Cameras have a history that spans over 150 years. In that time, technology has advanced to the point that both the most advanced, high-resolution computer-controlled cameras and the oldest historical artifacts can compete for the same premiums in the priciest photography auctions in the world.

10 of the Most Expensive Beers You Can Buy