10 of the Most Expensive Beers You Can Buy

Beer has been around for thousands of years. In fact, the oldest-known barley beer dates back to 3400 B.C. — that’s well over 5,000 years ago.

Still, it did take some time for “modern” beer to come around. Historians say the arrival of beer that we’d recognize today showed up in the Middle Ages when Christian monks began brewing beers flavored with hops.

Today, beer remains a hugely popular drink around the world. Many countries have signature brews — and most are pretty affordable. However, the popularity of beer has also led to some crazy high prices.

Price: $110 for a six-pack
Brand: Paris Hilton and Paris Latsis
Number of Bottles Made: 1,500
Unique Feature: Barley grown in space 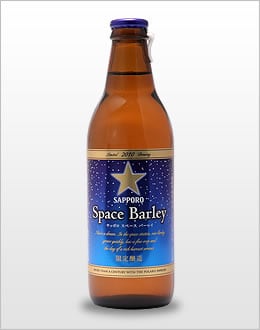 Ever wanted to drink beer made in space? In 2009, Sapporo announced a limited-edition beer made with barley that was grown on the International Space Station. The drink was dubbed “Space Barley” and sold for about $110 per six-pack.

Even though the line of space beer was already limited to just 250 six-packs (or 1,500 bottles), the Sapporo company made it even harder to get your hands on one of these extraterrestrial drinks by selling the packs through a lottery system. What’s more, only people living in Japan — the company’s home country — were allowed to enter.

Sapporo’s unique beer wasn’t a complete gimmick. The Russian Academy of Sciences actually supported the effort and money from the limited release would go to support science education among children. 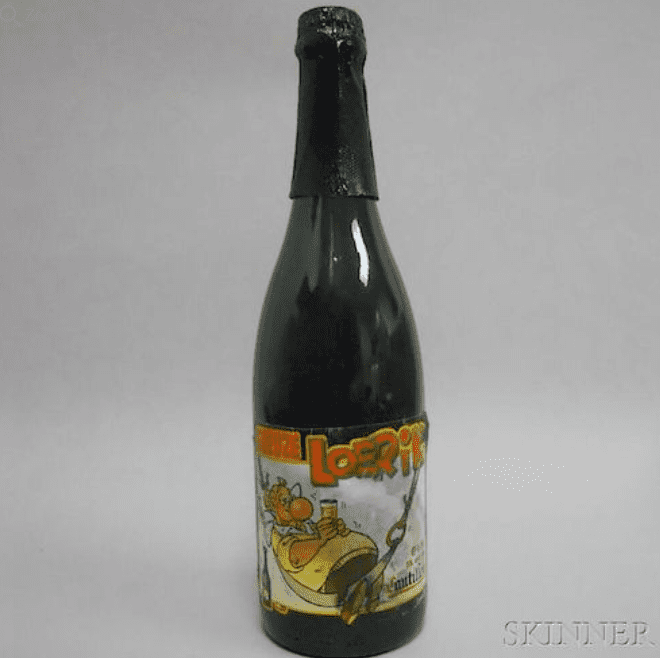 In 1998, the Cantillon brewery bottled a new line of beers titled Loerik. Strangely, the product didn’t hit shelves until 2003 due to an unusually long fermentation process.

The resulting beer circulated in Denmark and Sweden for a couple of years, but it’s unclear how popular the drink was among bars. This unconventional start to the product’s life made Loerik 1998 hard to track down. In turn, a rare bottle of the beer sold for $2,583 at an auction in 2014.

Although a new launch of the Loerik line started in 2021, it’s become pretty much impossible to find a bottle of the original Loerik 1998.

Loerik is slang for “lazy” in Belgium. The Cantillon brewery apparently chose this name because of the beer’s longer-than-normal fermentation process.

Price: $2,819 for two cans
Brand: Felinfoel
Number of Bottles Made: Unknown
Unique Feature: Owned by the same family for over seven decades 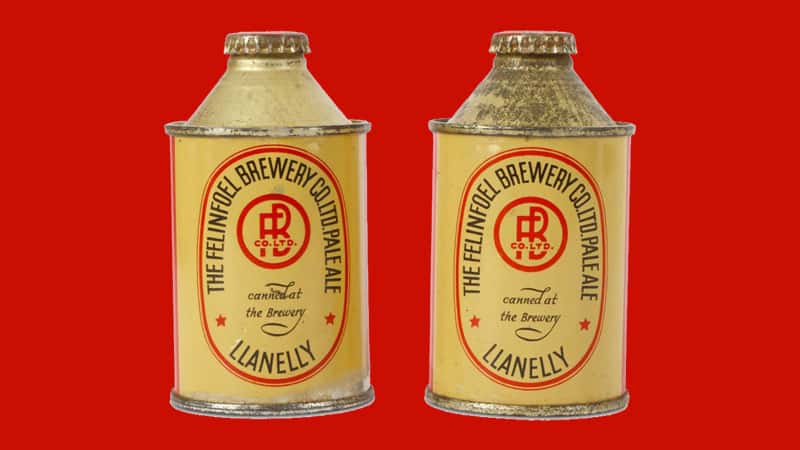 In 2019, a set of two Felinfoel Pale Ale cans sold for nearly $3,000. The cans were produced in 1936 and reportedly sat on the owner’s desk for years. Incredibly, these cans were in great condition despite their age. As the auction house said, “It’s testament to the durability of the cans that they have survived and are in such good condition.”

According to historians, the Felinfoel company supplied beer to the U.K. Ministry of Defense during WWII. Incidentally, when the cans were sold in September 2019, they were purchased by Felinfoel’s managing director.

Beer hasn’t always been available in cans. In fact, experts say Felinfoel was the first European company to offer canned beer when it debuted its pale ale in January 1936.

Price: $5,131 for one bottle
Brand: Allsopp
Number of Bottles Made: Unknown
Unique Feature: Travelled to the Arctic circle with Sir George Nares 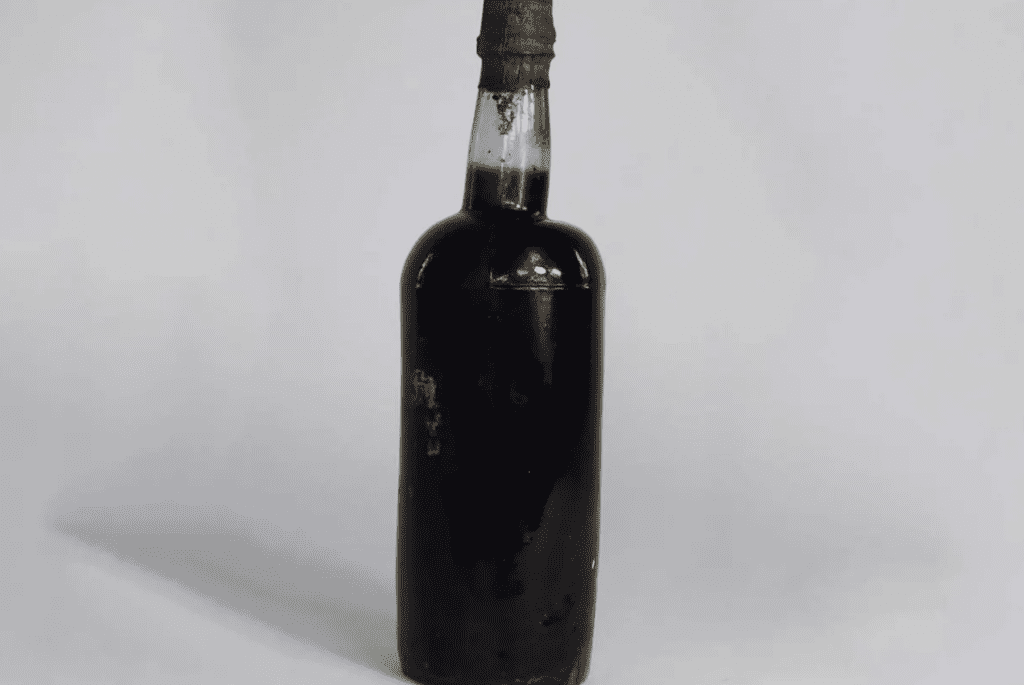 Would you pay over $5,000 for a bottle of beer? What if it went on an Arctic expedition in the 1800s? Well, that’s exactly what happened with this ale from 1875. The beer was made in Staffordshire, England for Sir George Nares, an explorer and Royal Navy Officer who traveled to the Arctic circle in the late 19th century.

The beer was sold at auction to a private collector in Scotland, who will reportedly keep it sealed.

Although other bottles of beer from the 19th century have been found, they’re not usually unopened — and they definitely aren’t typically world travelers. According to one expert, “this bottle went all the way to the Arctic circle and came all the way back.”

Price: $6,800 for one bottle
Brand: Scottish & Newcastle
Number of Bottles Made: 1,000
Unique Feature: Made with an ancient Egyptian recipe 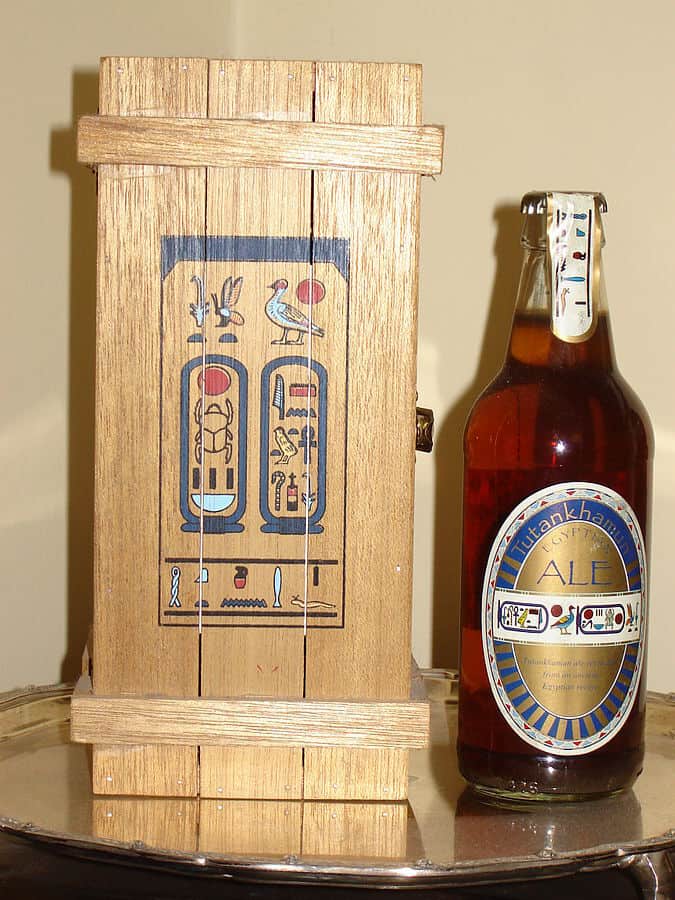 Tutankhamun Ale – The Beer of His Majesty is the most expensive beer ever sold.

With just 1,000 bottles in existence, this ultra-rare beer was made from an ancient Egyptian recipe found in a brewery from the 13th century B.C.

The brew was recreated by two scientists, an Egyptologist, and Britain’s largest brewery. Using sediment residues from old jars, the team made the beer in 1996 and sold the first bottle for about $6,800. The remaining 999 bottles were priced at just $50 each, but good luck finding one today.

Although ancient Egyptians definitely didn’t call their beer Tutankhamun Ale, they did have loving names for it — including words that translate to “beautiful” and “heavenly.”

The Most Expensive Beer You Can Buy 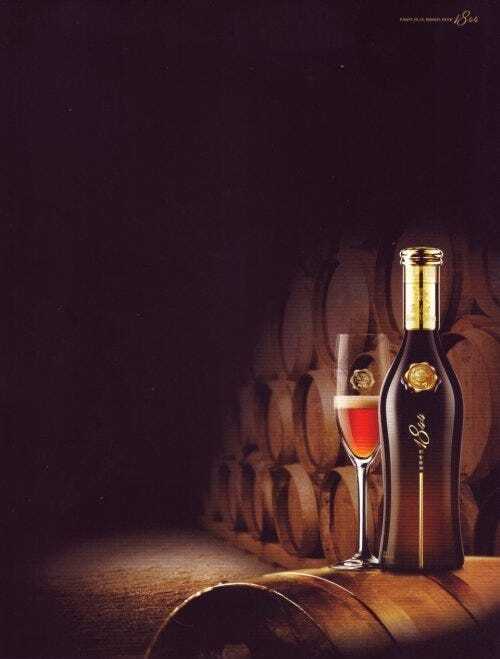 If you live in the U.S., you might think of Pabst Blue Ribbon (PBR) as a cheap, popular beer. But thanks to some clever marketing, the brand has become a high-end drink in China. Selling for about $44 a bottle, the beer is sold as a luxury product rather than a low-cost option.

Although it’s definitely possible to purchase a bottle of this beer, it is somewhat exclusive since the “new” brand is only sold in China.

A big part of PBR’s Chinese marketing strategy was comparing the beer to its more expensive counterparts. In one ad, the brand compares its beer to “Scotch whisky, French brandy, [and] Bordeaux wine.”

At $100 a bottle, Sink the Bismarck is a very expensive drink — but that’s not its only claim to fame. Reportedly, this drink has the highest alcohol content of any beer. At 41% alcohol by volume, this drink is on par with vodka.

According to reports, the drink is usually sold on a per-bottle basis, which makes sense given the steep price tag.

Despite apparently successful sales, BrewDog has been criticized for its high prices for beer that “tastes so bad.”

BrewDog’s beer might be expensive, but does that mean it’s good? Well, the drink apparently got mixed reviews at the popular Beer Bloggers Conference after its debut.

Price: $210+ per bottle
Brand: Samuel Adams
Reason for Price: Only 77 casks brewed for the 2019 edition
Interesting Fact: Each bottle is numbered 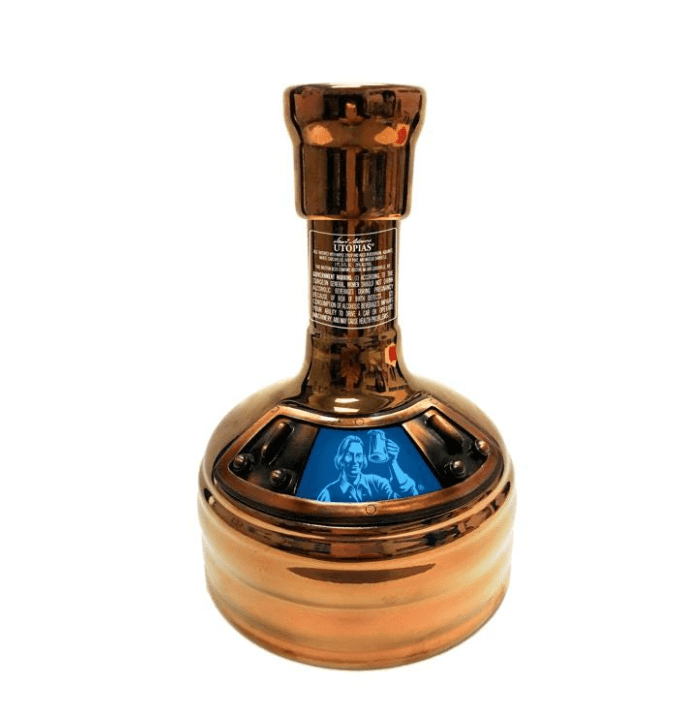 Samual Adams has been making its Utopias line of limited edition beers since 2002. Although their quantity is limited, it’s still possible to purchase a bottle from this expensive tradition. In 2019, for example, Samuel Adams brewed just 77 casks of the special beer — but some stores still offer the product.

Don’t expect to spend just a couple hundred bucks, though. Although Samuel Adams officially sold Utopia’s 2019 edition for $210, current prices are closer to $800.

The Utopias line is known for its high alcohol content. In 2019, the beer had a crazy rate of 28% alcohol by volume. 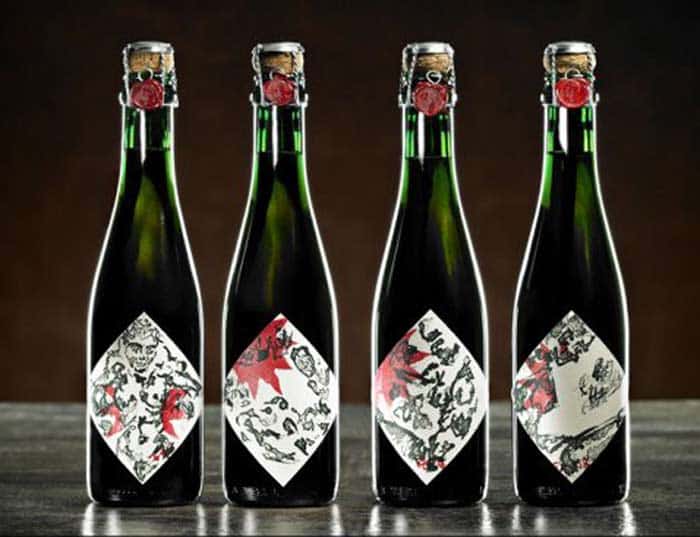 Another limited-edition beer, this one might be harder to find but it’s not completely impossible since the drink is available at several fine-dining restaurants in Denmark. Still, just 600 bottles were made, so good luck spending anything less than $400 for the exclusive drink.

The beer was packaged in 375 ml green bottles and is described as “chestnut-brown” in color.

Interestingly, this beer was sold alongside copies of lithographs made by a Danish artist named Frans Kannik. The artist produced four of these lithographs and each depicts Sif, wife of Thor — the Norse god of the sky, agriculture, and thunder.

Price: $20,000 per bottle
Brand: BrewDog
Reason for Price: Comes with a stake in the BrewDog company
Interesting Fact: Bottle stuffed in taxidermied squirrel 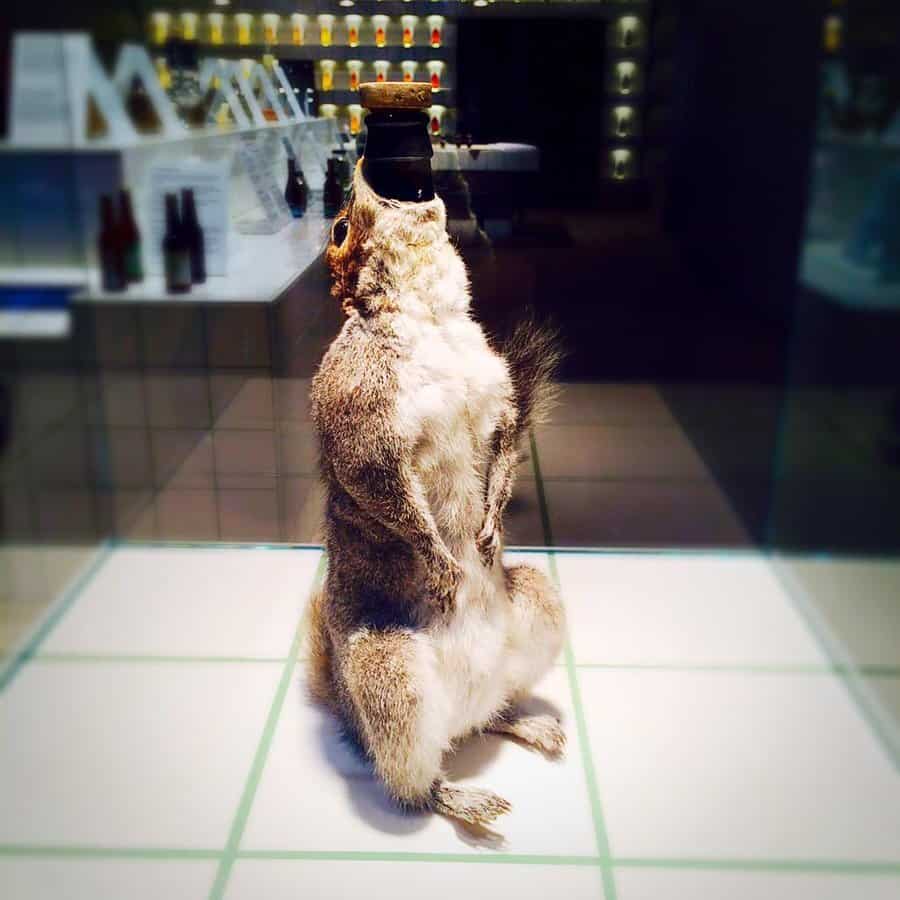 BrewDog’s End of History is the most expensive beer on the market.

BrewDog is at it again. This time, the company’s absurdly expensive beer is a remake of a limited release from 2010. At that time, the company made just 12 bottles of the special beer which sold for about $800 a piece. Bizarrely, these bottles were stuffed inside taxidermied squirrels.

Now, the company is offering its boundary-pushing beer again — for $20,000. The purchase won’t just get you a beer, though. You’ll also earn a stake in the BrewDog company. So maybe it’s worth it…?

BrewDog has been a controversial figure in the beer world for a while now. Apparently, the company has pulled a variety of publicity stunts, including driving a tank down a road in England.

8 Most Expensive Golf Clubs in the Market