Wine is some of the most diverse alcohol in the world and comes in numerous varieties and price points. While the stuff you get from the grocery store is perfectly fine, all of the wines on this list are the pinnacle of luxury. All of the world’s most expensive wine cost hundreds of thousands of dollars. The wines topping this list are rare and greatly desired by wine aficionados everywhere. Some of these wines have historical importance, two of them might have belonged to Thomas Jefferson. The remaining wines are expensive because of how exceptional they are. 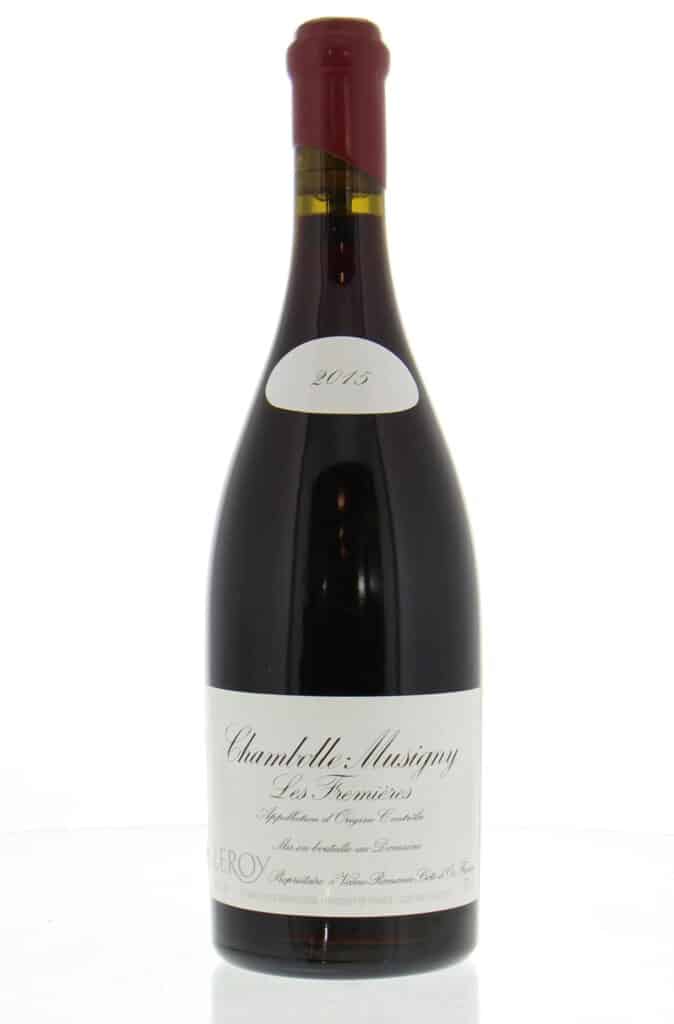 In recent years, wines from Domaine Leroy with a vintage before 2016 have become incredibly expensive. Currently, the most expensive is the 2015 Domaine Leroy Musigny Grand Cru, which goes for over $100,000 per bottle. This wine often earns near perfect scores (out of 100) by wine experts. The 2015 Musigny has been described as having aromatic intensity, with bright red berry fruit and the silkiest of tannins. Experts expect the 2015 Musigny to remain highly sought after for years to come.

The 1811 Chateau d’Yquem sold in 2011 for $117,000 is the most expensive bottle of white wine ever. The wine was purchased by French sommelier Christian Vanneque from The Antique Wine Company. Vanneque said that he wanted to display the 1811 Chateau d’Yquem behind bullet-proof glass at this restaurant Sip Sunset Grill, in Bali, Indonesia.

Like the other expensive wines on this list, the 1811 Chateau d’Yquem is quite rare. Only 3,000 bottles were made, with most of them exported to Russia. 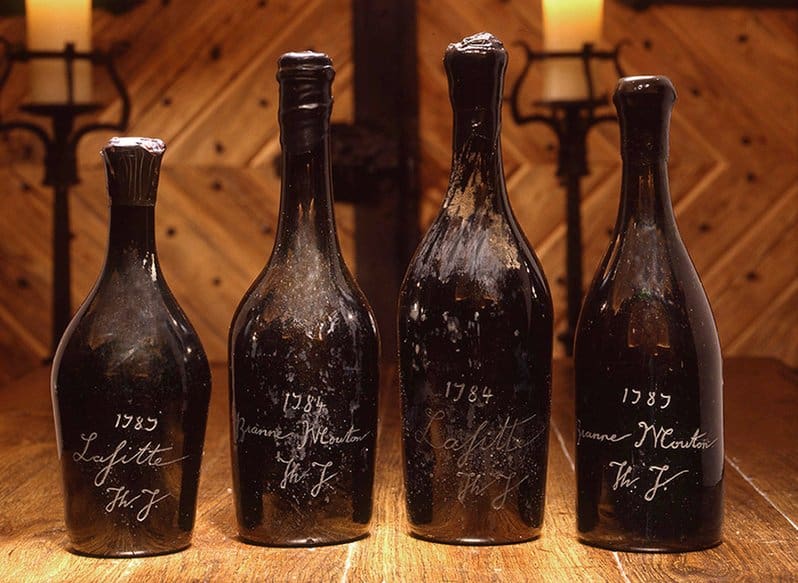 In 1985, during a Christie’s auction, a bottle of 1787 Château Lafite, that supposedly belonged to Thomas Jefferson, was purchased for $156,450. The buyer was Christoper Forbes, Vice President of Forbes magazine at the time and son of the magazine’s founder Malcolm Forbes. Of course, at the time, this was a record-setting sale.

A year before the 1985 Christie’s auction where the 1787 Château Lafite was sold, a bottle of 1784 Château d’Yquem was opened so a select group of wine connoisseurs could taste the antique wine. 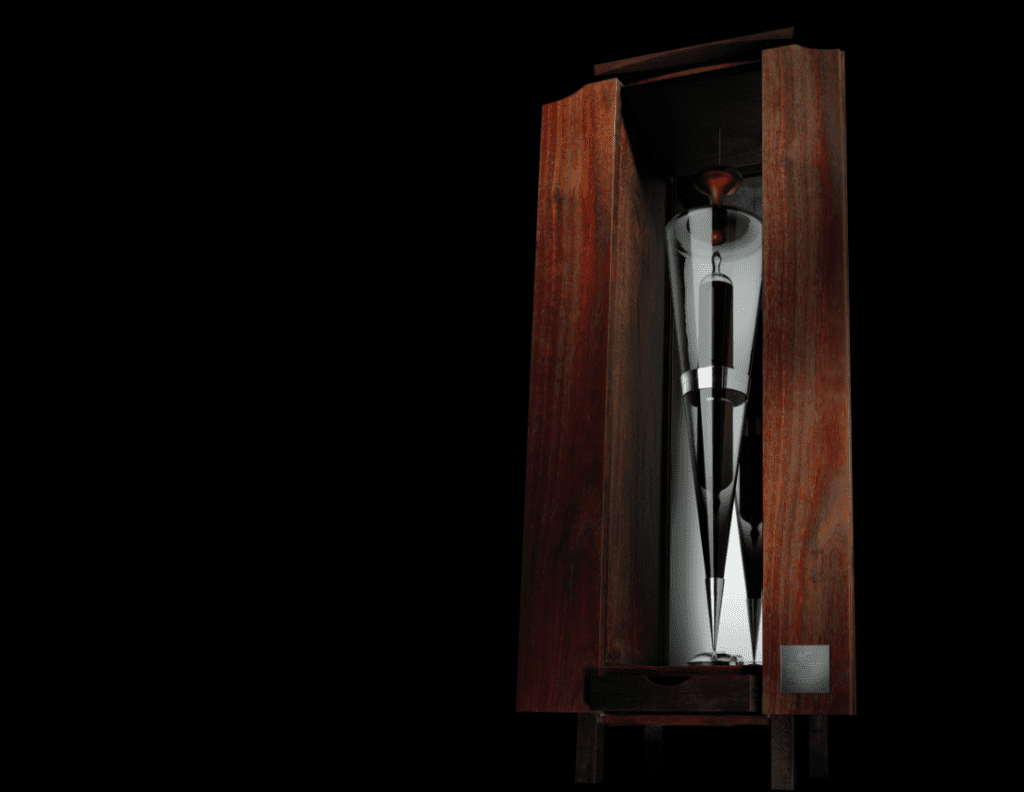 In 2012, South Australia’s most famous winery, Penfolds, released limited edition ampoules of its rare 2004 Block 42 Cabernet Sauvignon. Only 12 hand-blown glass ampoules were produced and they had a retail price of $168,000 each. The ampoules were tiny, containing only 150 ml of wine.

According to Penfolds, wines produced under the brands Block 42 label are ultra-rare because very little grapes are produced by what the brand believes are the oldest continuously producing Cabernet Sauvignon vines in the world. The vines date back to 1855 and the last vintage, prior to the 2004 wine, was in 1996.

The ampoules of 2004 Penfolds Block 42 Cabernet Sauvignon are so special that Penfolds’ chief winemaker will fly out to meet any buyer and assist them in opening, pouring, and tasting the rare wine. 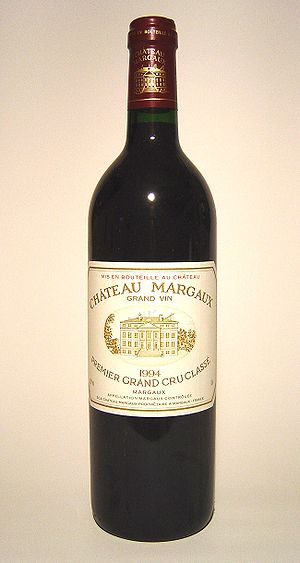 This bottle of 1787 Château Margaux has a unique history with a bit of a tragic ending. The wine was  discovered in 1985 behind a Paris cellar wall, inscribed with the initials Th.J, and generated a lot of interest as many people believed it belonged to Thomas Jefferson. The hype around the 1787 Château Margaux was so high that Manhattan wine merchant William Sokolin, who had the wine on consignment, valued it at $519,750.

However, insurance only valued the wine at $225,000. In 1989, Sokolin brought the 1787 Château Margaux to the annual $250-per-person black-tie Bordeaux dinner at the Four Seasons restaurant in New York City, and accidentally broke the bottle. Because the bottle didn’t shatter, Sokolin was able to salvage some of the wine and rushed home to throw it in the freezer.

As William Sokolin was rushing home with his broken bottle of 1787 Château Margaux, he set it down for a moment, leaving behind a puddle. The manager of the Four Seasons restaurant dipped his finger in the puddle of wine and declared “Yuck.” 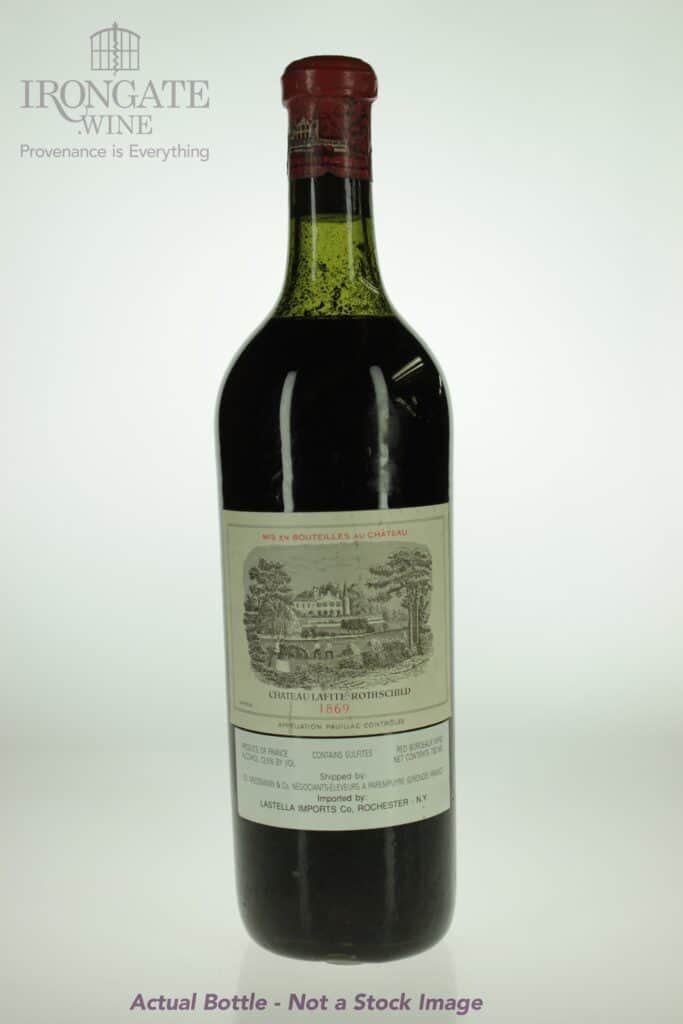 1869 Château Lafite-Rothschild is yet another legendary Bordeaux wine worth top dollar whenever a bottle comes up for sale. In 2010, during a Sotheby’s auction in Hong Kong, three bottles of the 1869 Château Lafite-Rothschild were up for sale. An anonymous buyer snagged all three bottles, paying $232,692 per bottle. At the time, this sale set a record for the most ever paid for a bottle of wine. As you can see, this record has since been smashed repeatedly in the past decade.

According to news reports, Lafite is rare in Asia and wealthy Hong Kong buyers are willing to pay anything to get their hands on a bottle. That 2010 auction was the first time that Lafite sold wines directly from its cellars in Asia.

While bottles of 1869 Château Lafite-Rothschild, one was found and sold in 2019 by IronGate.Wine, a leading online wine retailer of private collections, for the low price of $100,000. 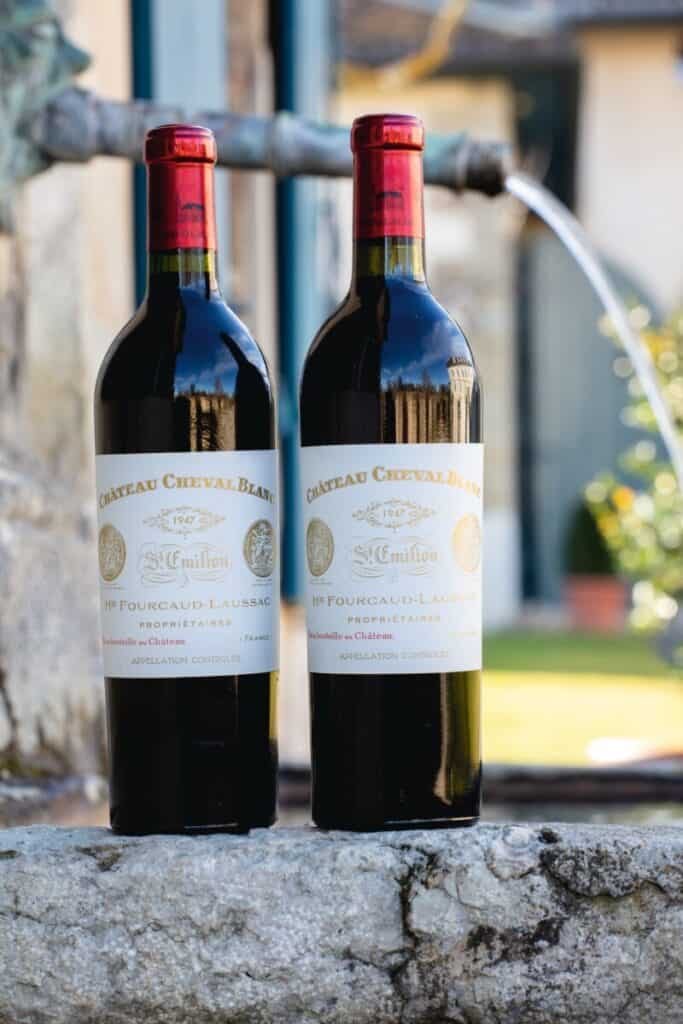 Reportedly, 110,000 bottles of 1947 Château Cheval Blanc were made, but very few have survived. This only adds to the wine’s rarity. Additionally, 1947 was expected to be a bad year for the Bordeaux region’s wine harvest. The summer was scorching and grapes were shriveling. Despite the challenges,  1947 Château Cheval Blanc ended up becoming one of the most exceptional wines of the 20th century.

In the Pixar film Ratatouille, the feared food critic Anton Ego visits Gusteau’s and orders a bottle of 1947 Château Cheval Blanc to go with his meal. 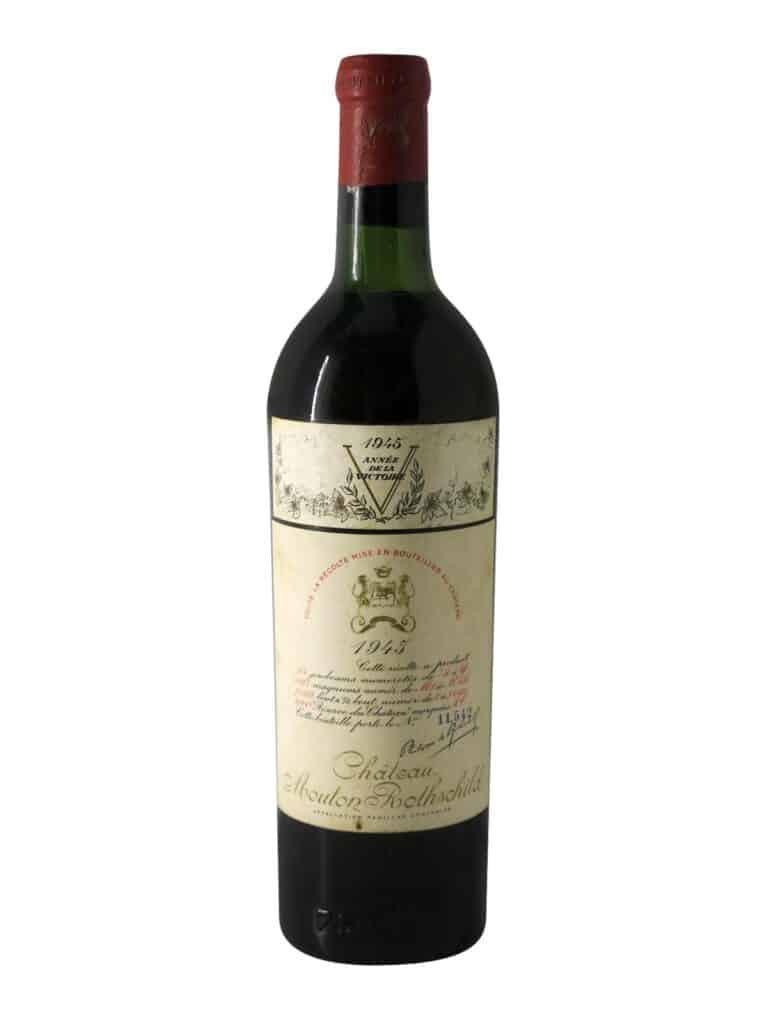 The Château Mouton Rothschild wine estate is one of the most famous vineyards in Bordeaux, France. While any wine from the brand is worth shelling out for, the most expensive is the 1945 Château Mouton Rothschild. Bottles of the 1945 vintage regularly sell for tens of thousands of dollars, but the highest someone paid at auction for a Jeroboam (a larger bottle of wine than normal) was $310,700 in 1997.

Adding to the allure of the 1945 Château Mouton-Rothschild is the fact that that year’s harvest was much smaller than usual because the Rothschild had to flee during World War II because they were Jewish. However, while the yield was small, the grapes had ripened perfectly and developed an intense flavor that is present in the wine.

The “V” on the label of the 1945 Château Mouton-Rothschild is to pay homage to the Allied Forces during the Second World War. The vintage was produced not long after the end of World War II.

Screaming Eagle is a legendary Napa Valley winery whose wines have achieved cult states amongst wine enthusiasts. Of all the Screaming Eagle wines, none are more iconic that the 1992 Screaming Eagle Cabernet Sauvignon, the winery’s inaugural vintage. The 1992 Cabernet is known for being exceptional and it received 99 out of 100 points from wine critic Robert Parker not long after the wine was first released in 1995.

Only 175 cases of the 1992 Screaming Eagle Cabernet Sauvignon were produced and they have rarely come up for sale. Reportedly one bottle was sold for $500,000 at a charity auction in Napa Valley in 2000.

In 2008, a Shanghai billionaire paid $500,000 at an auction for six bottles of 1992 Screaming Eagle Cabernet Sauvignon, which also included a dinner for eight at the famed vineyard. 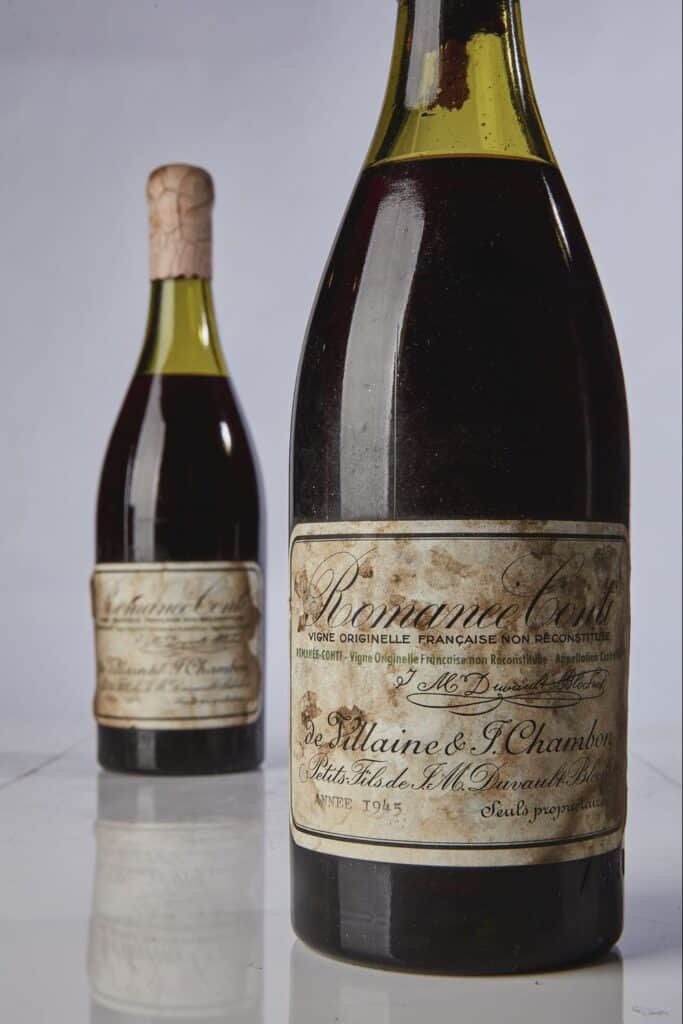 The original roots of the Domaine de la Romanée-Conti date all the way back to 1585. Following the 1945 harvest, which was a particularly hard year for winemakers, all of the original Romanée-Conti vines were ripped out. They were not replanted until 1947. Additionally, only 600 bottles of 1945 Romanée-Conti Grand Cru were produced and it has been dubbed a “unicorn” wine.