A list of the most expensive movies ever made can be determined by a film’s budget at the time of production or the budget adjusted for inflation to the time of the article’s writing. We decided on the second, to show the movies that were not only expensive for their time but which also remain the most expensive ever in the scope of film history.

These movies are all blockbusters, five were produced by Disney, and all but one are sequels in a major franchise.

They serve as a reminder not only of how expensive movies can be but also how similar they have become.

With that in mind, here are the 8 most expensive movies ever made. 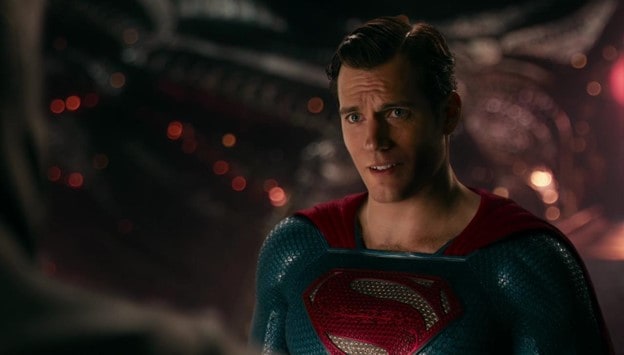 With the release of Zack Snyder’s cut of Justice League, the original 2017 is difficult to list. Factoring in the money spent on reshoots to create the new version would place it much higher on the list. If advertising was also factored in, this would likely be the most expensive film ever made in terms of its break-even point, which has been reported to be over $1 billion.

However, we chose to list the film only as its original $317 million budget, adjusted for inflation, for its 2017 release. This includes the cost of the reshoots done by Joss Whedon after Snyder left the production following a family tragedy.

The Justice League film began life as a script written back in 2007, with dozens of actors and actresses lined up for the superhero roles and George Miller (director of the Mad Max franchise) set to direct. 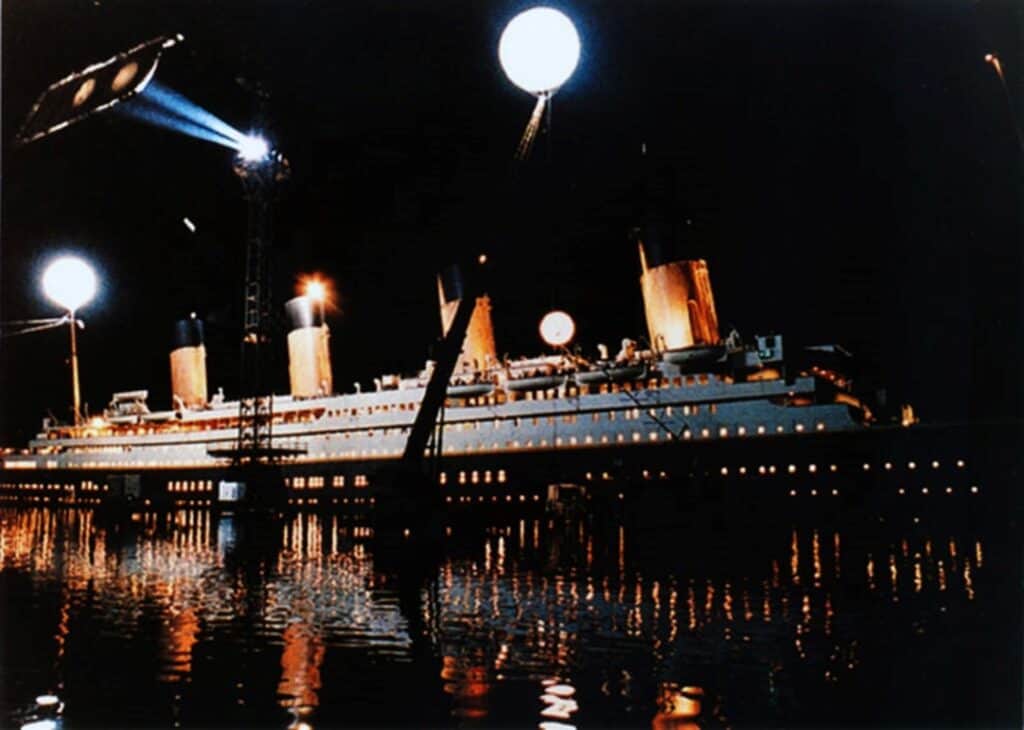 Titanic, starring Leonardo DiCaprio and Kate Winslet and a chart-topping, world-ending romantic ballad by Celine Dion, was the most expensive film ever made in 1997, costing $200 million at the time and $322 million adjusted for 2021 dollars.

The budget went not only to recreating the shipwreck of the famous RMS Titanic in real-time but also to filming at the actual wreck. In an unheard-of stunt, Cameron brought the film crew 6,000 feet under the ocean in submarines to film the actual Titanic’s wreckage. 6,000 pounds of pressure per square inch was pressing on the crew from all sides outside of their tiny vessel.

Spider-Man 3 was simultaneously one of the most anticipated and critically disappointing films of its day, bringing boredom to a lot of critics who were confused by the messy script but a joy to a lot of kids who couldn’t tell the difference. Its lukewarm reception prevented Spider-Man 4 from being made and created a chance for other players like Warner Bros. and Disney to fill the superhero void.

Sam Raimi’s Spider-Man 3, after all this time, is notable as the most expensive comic book film of its day as well as a movie that might have been much better with less money. However, despite its $322 million excess, it remains as weirdly enjoyable and frequently discussed as ever.

In addition to the Sandman and Hobgoblin, Raimi had intended to include Vulture, played by Ben Kingsley. However, the producer Avi Arad forced Raimi to include the far more popular Venom instead.

Avengers: Infinity War began the beginning of the end for the MCU’s phase 3, as well as a huge upscale in their budgets after a few lower-stakes offerings like Ant-Man and Spider-Man: Homecoming. The directors Anthony and Joe Russo, the “Russo brothers,” had all but taken over the series after their successes with Captain America: The Winter Soldier and Civil War.

Infinity War ended up costing around $335 million, adjusted for inflation, though some estimates place it even higher.

Avengers: Infinity War marked the combining of the two major halves of the MCU, the Avengers and the Guardians of the Galaxy, after the tease at the end of Thor: Ragnarok. Seeing Star-Lord and Iron Man together for the first time was almost as much fun as watching them get crushed by Josh Brolin stepping into the role of Thanos.

It should come as no surprise that Avengers: Endgame would be high on this list, as one of the most seemingly insurmountably sized movies of all time. It combined 21 other films into one, including their casts, their plots, their references, and their visual effects styles. Though it might be more surprising to learn that after all that, it isn’t even the most expensive Avengers film to date!

Still, in its own way, Avengers: Endgame is the biggest film on this list. For many, it represented the end of childhood after over a decade of these superheroes.

Avengers: Endgame may not be the most expensive film on this list, but it wins the prize as the most profitable, grossing $2.797 billion worldwide, narrowly losing the world record to Avatar at $2.847 billion.

The climax of Gore Verbinski’s Pirates trilogy, Pirates of the Caribbean: At World’s End, seemed absurdly expensive when it came out, beating even the highly-anticipated Spider-Man 3 in terms of its outrageous budget. At $374 million, it was the most expensive film Disney had ever produced at the time, though that will change later on this list.

The film was planned and budgeted on a schedule that lined it up back-to-back with the second film, Dead Man’s Chest, with the crew signing on for both films simultaneously. They even incorporated some shooting for At World’s End into the location shooting schedule of Dead Man’s Chest.

The film’s council of pirate lords or “Brethren Court” was created by writers Ted Elliott and Terry Rossio Based on the Brethren of the Coast, a real pirate coalition in the Atlantic and Caribbean. They were most prolific in the early-mid 1600s when the Thirty Years War was ravaging Europe, creating a vacuum of power to be enthusiastically filled by profiteering buccaneers.

No film in Disney’s MCU has cost less than $100 million (the cheapest was Ant-Man at $109 million). Of all of them, Avengers: Age of Ultron back in 2015 is still the most expensive when adjusted for inflation, costing a whopping $399 million to produce, not counting advertising.

The effects sequences were bigger than ever, climaxing with Ultron (voiced by James Spader) lifting an entire city from the mountains and turning it into a jet-powered floating island while the Avengers fought aerial battles with his robot soldiers. Director Joss Whedon, returning after the first Avengers film, stated early on that he wanted Age of Ultron to be a smaller-scale, intimate story about character drama. This clearly didn’t fit into Disney’s plan, though aspects of his intentions can be seen in some of the film’s quieter scenes.

Captain Marvel was in an original draft of the script for Avengers: Age of Ultron, but producer Kevin Feige decided that the character shouldn’t be rushed and added to an Avengers film without getting her own movie first. Whedon even shot effects shots of Captain Marvel flying into the Avengers tower, shots which were then repurposed for Scarlet Witch.

The most expensive film ever made is Pirates of the Caribbean: On Stranger Tides. We’ve already seen the third Pirates film on this list and how outrageously expensive it was as a franchise film, even as the ending of a popular trilogy. On Stranger Tides, the first of the films not directed by Gore Verbinski, somehow decided to scale back the epic scope of the story and the cast while still increasing the budget.

Adjusted for inflation, this 2011 film cost $435 million, making it the most expensive film ever made to date. This doesn’t even account for its advertising budget, which considering it’s a Disney film in a popular franchise, was probably as much as the budget.

Dick Cook, the chairman of Walt Disney Studios throughout the 2000s, fought for the risky, out-there portrayal of Johnny Depp’s Jack Sparrow character in the original Pirates of the Caribbean. Michael Eisner, the Disney CEO at the time, wanted the role to be more classic and serious. When Cook stepped down in the early 2010s, Depp was concerned about the future of the series, even more so when Verbinski had to opt-out due to being busy with Rango.

The most expensive movies ever made are also often the most profitable. They reveal the Hollywood trend of relying on sequels to huge franchises as well as leaning on the appeal of comic book movies to justify spending over $300 million on a film about Superman, Iron Man, or pirates punching bad guys on the big screen. Yet, these movies almost always make fortunes. No matter how many times you see a flying robot man punch a purple alien in the face, it’s fun to see it again.