Humans have been consuming alcohol for a very long time. Some experts say the human-alcohol relationship goes back at least 30,000 years, but in theory, human ancestors could have been consuming alcohol as long as 100,000 years ago. Part of the reasoning behind this theory is the simple fact that fruit juices naturally ferment — so early humans might have realized letting old fruit sit around was an easy way to make a good drink.

Later, about 15,000 years ago, some of the first pottery was invented, which gave humans the opportunity to intentionally brew alcoholic beverages. Eventually, the cultivation of rice and barley crops led to humans producing fermented drinks, although these were definitely different from the alcohol we have today.

It wouldn’t be until 2500 BCE that humans started brewing alcohol with methods similar to modern producers. This shift would eventually lead to a huge market for alcohol in our modern world.

With such a long history, it’s probably not surprising that modern alcohol can sell for some pretty high prices. To get a peek into the world of these expensive drinks, let’s look at the most expensive alcohol ever produced. 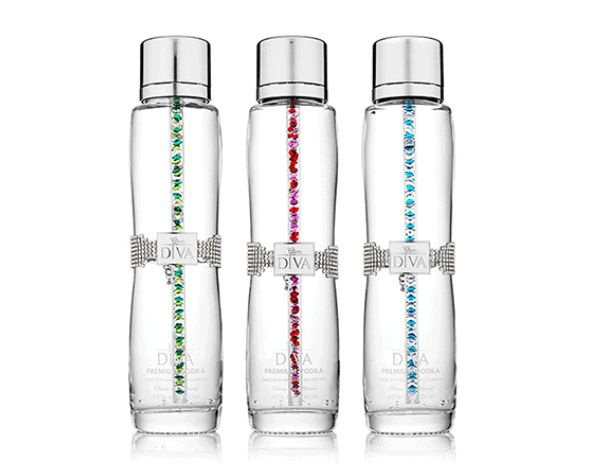 Let’s kick things off with a million-dollar bottle of vodka! Yes, one million dollars.

Meet Diva Vodka, an insanely expensive drink that features a bottle studded with 48 gems. The vodka itself is made from English grain that gets filtered seven times, resulting in a “smooth and purse” taste… according to the brand behind this drink at least.

Not sure you’re ready to click buy? That’s understandable, but remember: you can pick from three crystal varieties to adorn your liquid gold, including blue, green, and pink. You can’t beat that!

Along with the expensive bottle, buyers of Diva Vodka get a bracelet that has DIVA proudly stamped on its band. 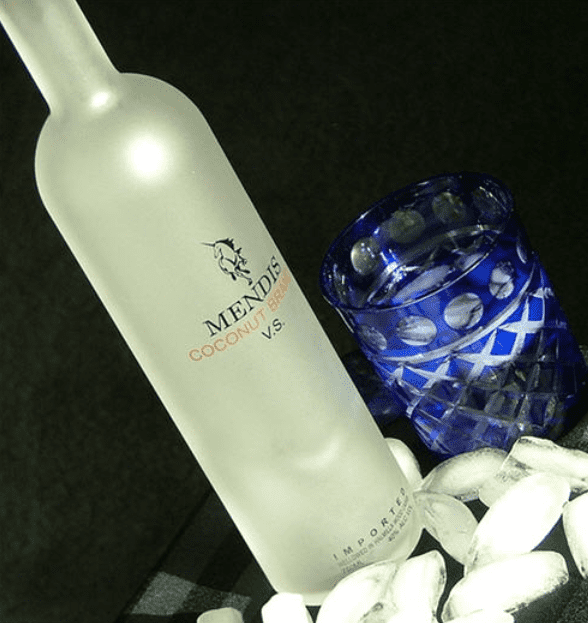 If vodka isn’t your thing, check out this coconut brandy from W. M. Mendis & Co. The drink goes for $1,000,000 and features a frosted glass bottle. Inside that bottle, you’ll find clear brandy made from coconut flowers.

Part of the allure of this insanely expensive brandy is its rarity. There’s only one bottle in the world and it’s signed by the founder of Mendis & Co. Reportedly, anyone who’s willing to buy this one-of-a-kind drink will enjoy a first-class flight to the Maldives and a private tour of the brand’s distillery.

This bottle might be priced at a million dollars, but that doesn’t mean rich brandy fans are willing to pay for it. As one blogger points out, “Mendis just slapped a ridiculous price tag on the item” without much interest among collectors. 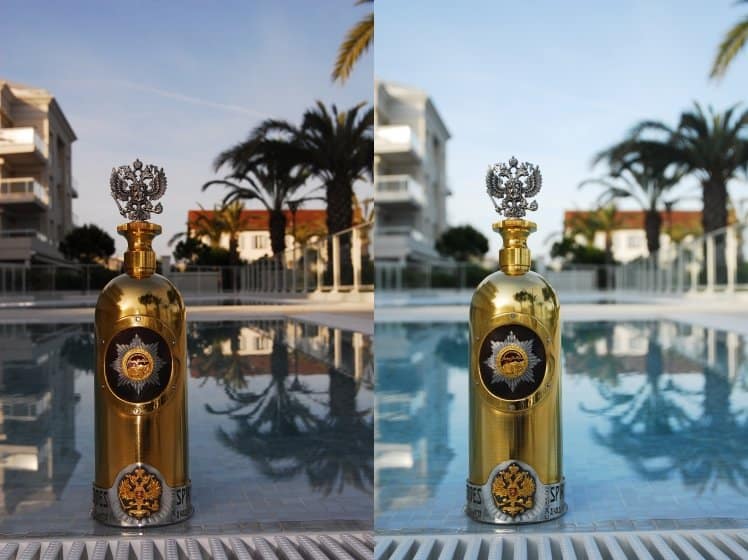 You probably don’t associate car manufactures with vodka, but Russian car-maker Russo-Baltique is the brand behind this $1.3 million drink. Yes, that’s well over one million dollars for a single bottle.

Interestingly, Russo-Baltquie designed the vodka bottle to look like a car’s radiator guard. Plus, the radiator replica was made from melted-down gold coins minted in the early 1900s — just in case the bottle wasn’t expensive enough.

Russo-Baltquie designed this vodka to commemorate the hundredth anniversary of its first car factory. That anniversary was particularly special because the company actually went under after WWI — only to be revived in 2003. Today, the company’s main office is in Moscow. 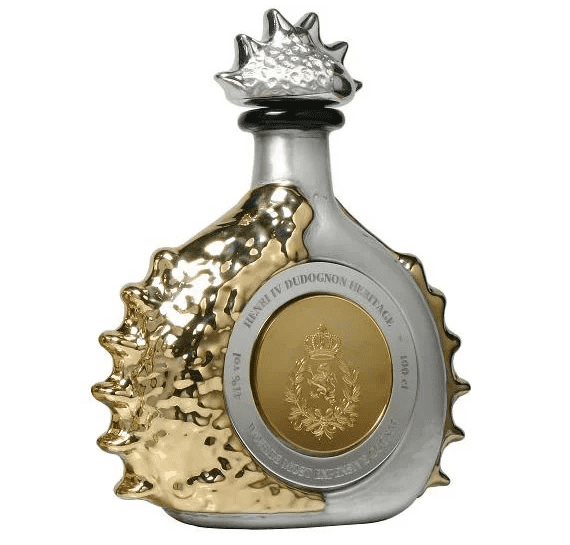 Cognac tends to be pretty expensive on its own — but even a top-shelf brand can’t compare to this ultra-expensive drink.

Selling for $2,000,000 Henri IV Cognac Grande Champagne features a gold and sterling platinum bottle complete with an abstract, spiky design. The cognac is aged for over 100 years and this is the only bottle in the entire world.

Presented alongside 6,500 diamonds, this drink was aged in barrels and has an alcohol content of 41%. Incredibly, anyone with enough money for this rare cognac will only get about 33 ounces — bringing the price tag to an insane $30,000 per ounce.

So this bottle features gold and platinum — but is that really enough to justify the price tag? It appears so! The manufacturer used pure 24-carat yellow gold for their design, which is the rarest gold in the world. 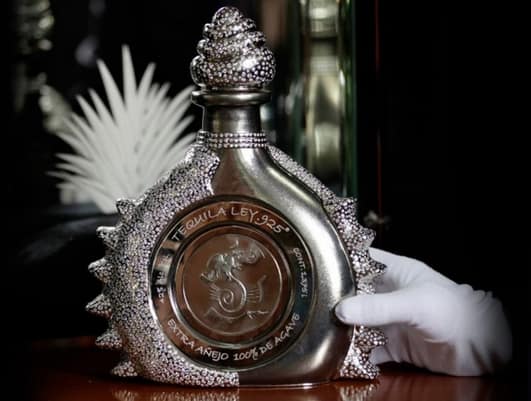 Coming in at number four is Tequila Ley’s Ley Diamante. The one-of-a-kind drink was priced at 3.5 million dollars and features seven-year-old 100% agave tequila presented in a bottled studded with more than 4,000 white diamonds.

The bottle for this expensive drink was crafted by artist Fernando Altamirano — who decided to include two kilos of platinum in his eye-catching design. Interestingly, Fernando has made headlines for other expensive drinks, including the world’s most expensive bottle of water (which sold for a cool $60,000, by the way).

While other products from this brand don’t cost nearly as much as Ley Diamante, buyers still fork out quite a bit of cash: If you want a small bottle of the company’s cheaper drinks, be ready to spend more than $60. 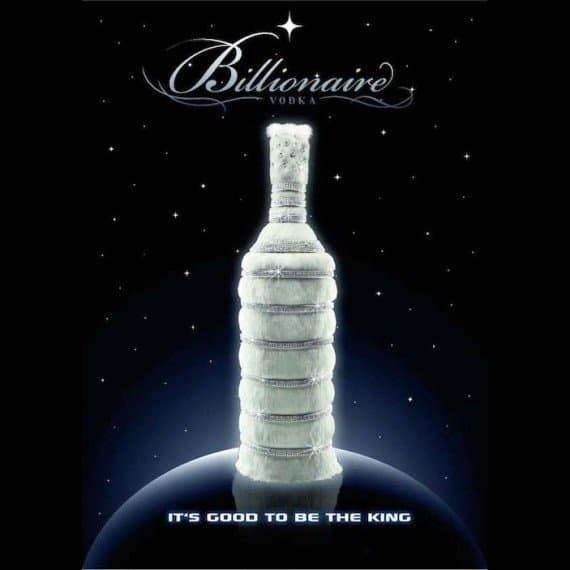 The drink was released in 2012 by Leon Verres, a designer with a website that describes him as a “tough guy with intelligence and charms.”

If you’re familiar with luxury designs, you might be wondering why Leon chose faux-fur instead of the real stuff. As it turns out, Leon is an animal rights activist — so real fur was off the table. 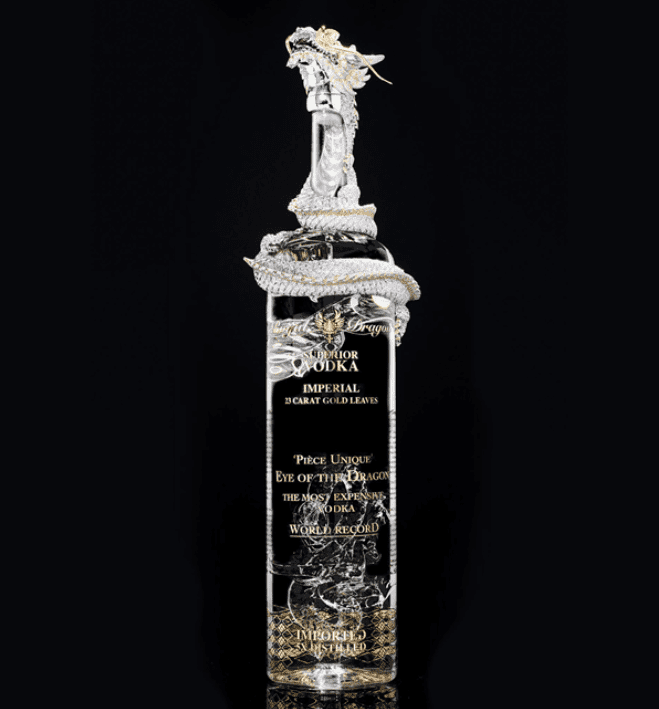 Like most drinks on this list, Royal Dragon Vodka gets a big part of its price from the bottle it’s presented in. The container includes a small dragon made of diamonds and gold wrapped around its neck as well as a label telling buyers exactly what they’re getting: “The world’s most expensive vodka.”

Interestingly, Royal Dragon (the maker of this expensive drink) is based in Hong Kong — but its vodka is distilled in Lithuania.

$5,500,000 is a lot of money, but this bottle might actually deserve the price. Alongside a variety of other precious materials, Royal Dragon included a 50-carat round yellow diamond that’s been certified by GIA — a diamond authentication company. 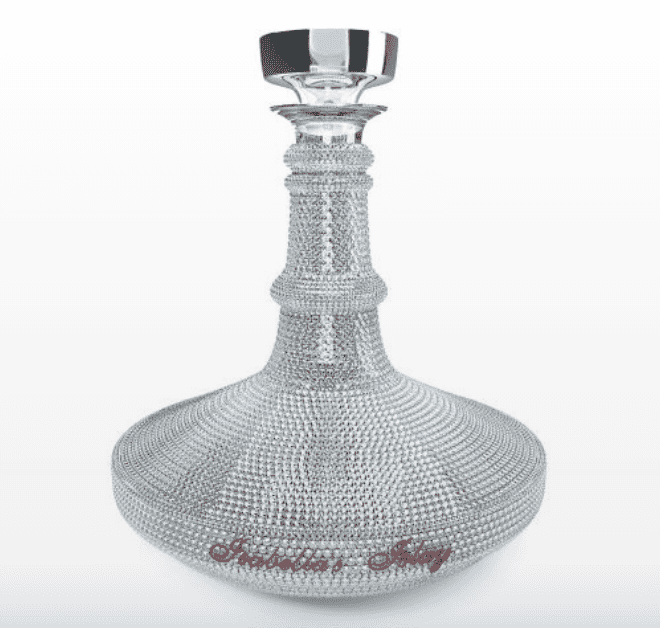 Isabella’s Islay Whisky is the most expensive alcohol.

Presented in a diamond-studded English Crystal bottle, this ridiculously expensive whisky is by far the most expensive alcohol ever made. The price tag was set at 6.2 million dollars, over six times more expensive than Diva Vodka’s $1 million bottle.

What do buyers get for that price? Included are more than 8,000 diamonds spread over a crystal bottle complete with 300 rubies that spell out a customizable label. Finally, just in case the bottle wasn’t expensive enough, nearly two bars of white gold were added to the mix. The whisky itself is a cask-strength, single-malt scotch — and that’s basically all the info available because you’re really just paying for the bottle.

Looking for something cheaper? You can still join the fun with the brand’s Isabella Special Edition bottles of scotch. These drinks don’t come in diamond-studded bottles, but they do feature crystal and white gold! Oh, and they sell for $740,000.

There aren’t a lot of details available about the actual whisky in this expensive bottle, but buyers should be happy to know that they can enjoy refills once the drink is gone.